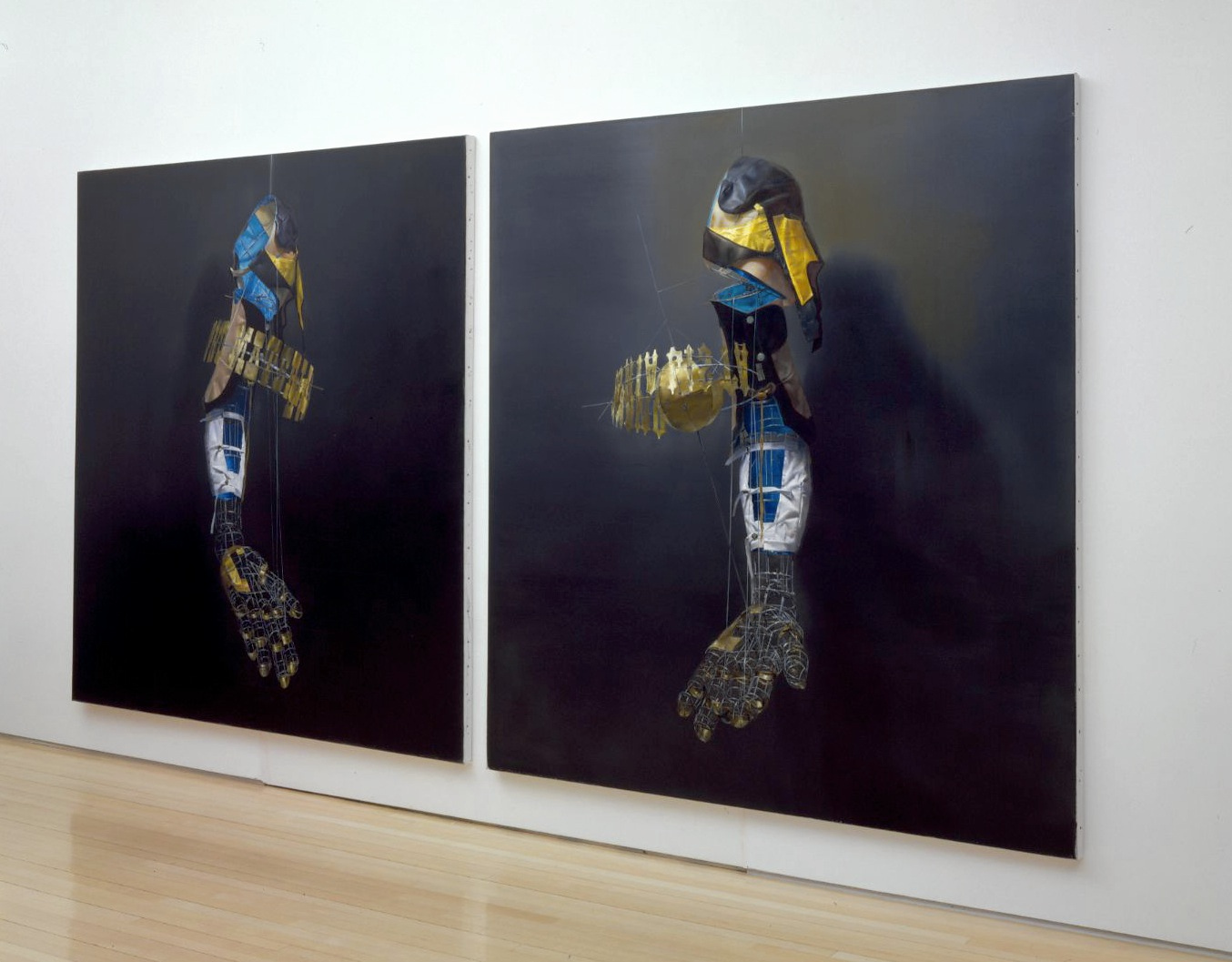 Salon 94 is pleased to present 2 new paintings by Pierpaolo Campanini paired with a series of photographs from the 1950’s by Carlo Mollino.

Oscillating on the surface of the painting, Campanini’s mysterious structures exist in an unreal state. They channel the complexity of Giorgio Morandi, whose late still life paintings have been described as images of “cathedrals rather than bottles.” Campanini takes inspiration from Giovanni Battista Piranesi (1720-1778), whose series of etchings titled “Various Ways of Ornamenting Fireplaces and every other Part of Buildings” encouraged designers to give free reign to their imagination and combine Etruscan, Greek, Roman and Egyptian styles to find “new ornaments and new manners”.

Alongside Campanini’s almost photo-realist paintings are the sensual photographs from the 1950’s by Carlo Mollino. The late Turin-born Mollino photographed his female models with precision and piety to equal Campanini’s faithful renderings of his sculptural models. Mollino, who was in his turn an architect, ski theorist and designer, photography historian, and furniture and car designer, expressed his relationship to women through his camera. A real-life Des Esseintes, he preferred to surround himself with objects rather than reality.

These photos are taken between 1955 and 1960, using a Leica and color film. A small part of the photos are black and white but were printed from color negatives. All the prints are 4 x 6 inches (10x15 centimeters). Mollino rented a small apartment in the Villa Scalero on the hills of Turin, which he furnished with a few pieces of his famous 1940’s furniture, along with mass produced furniture such as the D-70 settee by Tecno. He provided his models with fine lace from Paris and other stylish outfits. The setting provided a rich and romantic backdrop.

Many of these photographs were retouched: Mollino obsessively went over the print, redesigning the bodies of the women to bring them to his ideal sense of beauty. These photographs prefigure the Polaroids, in which Mollino portrays a more complex and modern kind of beauty that exists also through the flaws of his models. The photographs from the fifties are inspired by a classic idea of beauty, and these images resemble classic paintings of women in repose.