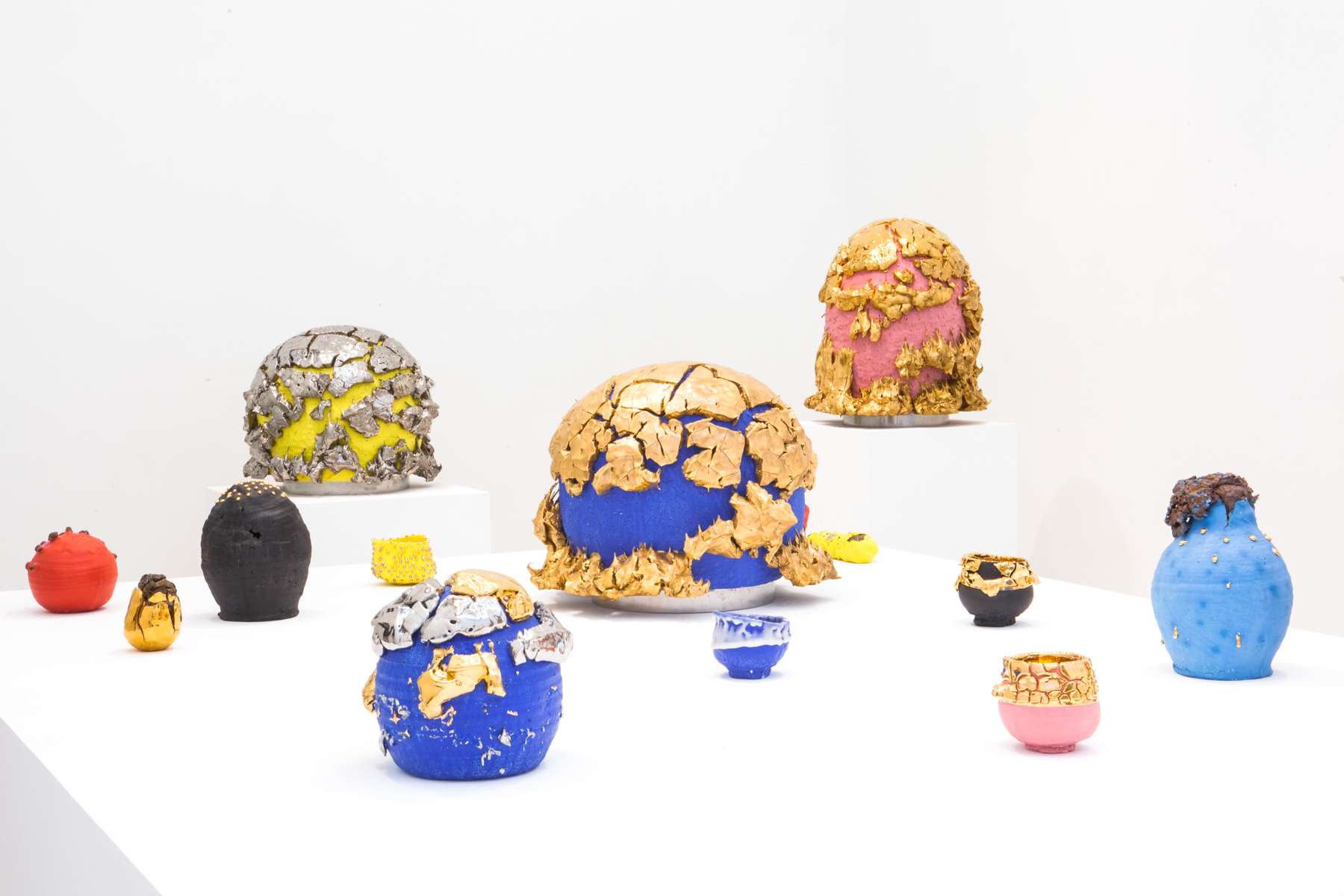 The first solo exhibition in the United States of the Japanese artist Takuro Kuwata.

Salon 94 Bowery is pleased to present the first solo exhibition in the United States of the Japanese artist, Takuro Kuwata.

Japanese ceramic techniques and aesthetic principles, both traditional and experimental, form the foundation for Takuro Kuwata’s otherworldly objects & vessels. His creations push the ancient medium to a riotous extreme, dancing between pop and Kogei (traditional craft). Kuwata presents contemporary textures and colors, inspired by the world around him.

Riffing on the classical tea vessel, Kuwata plays freely with an intense chromatic repertoire: blue, red and gold are a favored palette—quoting Yves Klein and Yayoi Kusama with whimsy and sophistication. The vivid colors paired with the metallic glazes provide an at once rustic and futuristic update to the more austere wabi sabi aesthetic of traditional tea ceremony wares.

Kuwata also turns up the volume on Ishihaze or “stone explosion”. By adding stones to his clay mix, when fired, they puncture and burst through the clay, as if a tooth growing out of place. In his hands, the shrunken, crackled glaze of the Kairagi technique brings to mind exploded prehistoric eggs or plants dipped in metal. Kuwata actually adds powdered platinum and almost pure gold on top of the cracked white glazed and refires it. In other works, the cracked mercury surface breaks on top, and spikes of the metallic substrate pierce through the surface, to melt at the bottom. Kuwata has pioneered the incorporation of needles employed in the construction of kilns, using them in the ceramic works to catch the glaze on its slide down, creating a textural marvel and mystery. Some of the sculptures are functional; others stand as abstract totems—their origin and time slipping from East to West, past to future.

Takuro Kuwata was born in 1981 in Hiroshima and lives in Toki City, Gifu. He graduated from Kyoto Saga Art College, Department of Fine Arts, Ceramics Arts in 2001, and started studying under a ceramic artist Susumu Zaima in 2002. His work has been shown extensively in Japan, including this year as part of the exhibition “Art Crafting Towards The Future” at the 21st Century Museum of Contemporary Art, Kanazawa. He has had solo shows at Tomio Koyama, Kuroda Touen and participated in the group exhibition “Paul Clay” at Salon 94 in 2011.