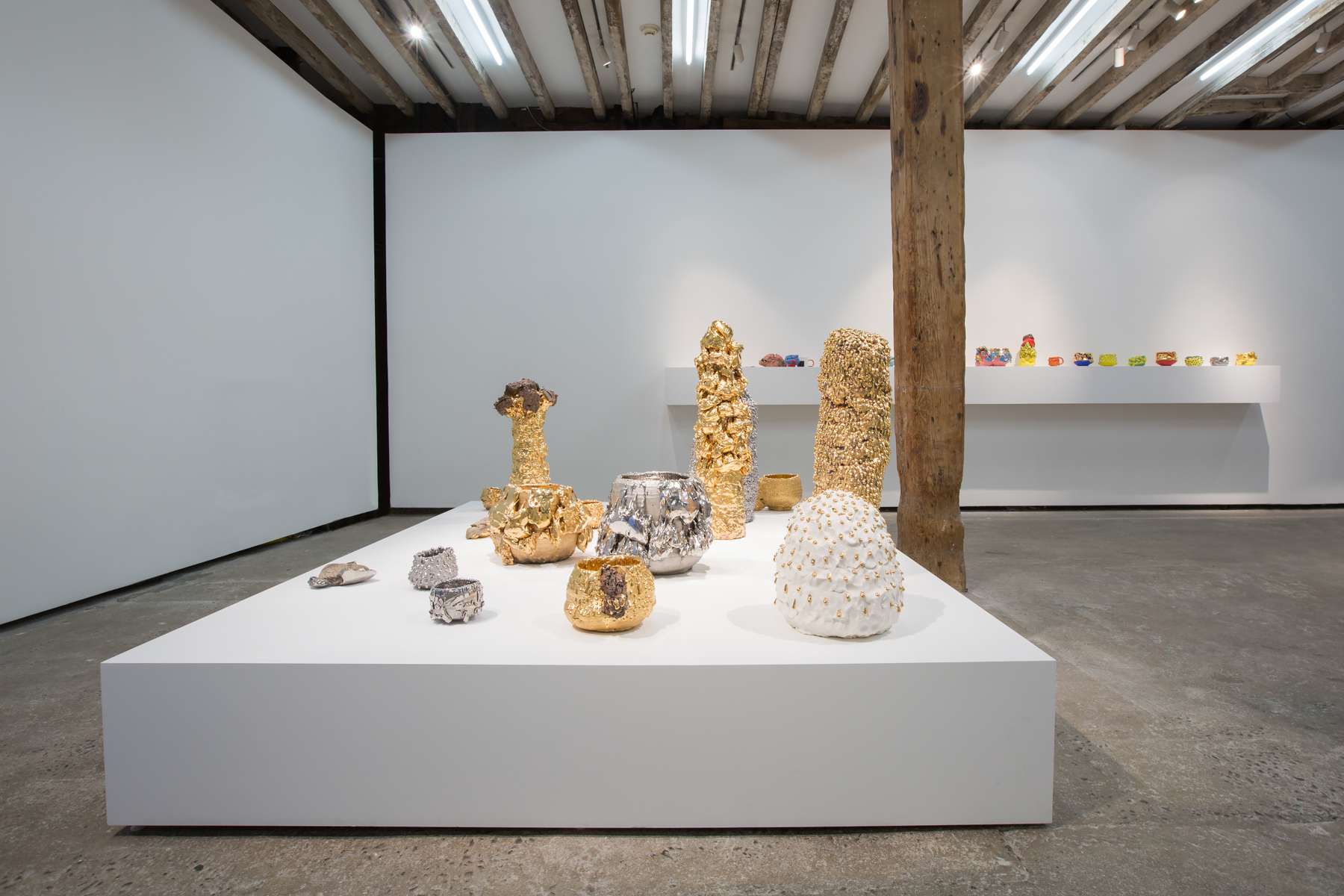 Kuwata’s ceramics are earthquakes in which the glazes shatter, re-shape, melt, unravel, stick, poke and create a feeling of the artist’s geographical origins.

Salon 94 is pleased to present Dear Tea Bowl by Japanese artist, Takuro Kuwata, his second solo exhibition with the gallery. As the title suggests, the works in the show engage the viewer in the sensual manner akin to lips touching a teacup or rice bowl. Yet, Kuwata’s ceramics are earthquakes in which the glazes shatter, re-shape, melt, unravel, stick, poke and create a feeling of the artist’s geographical origins. As Jeffrey Uslip describes in his recent article in Kaleidoscope Magazine, “while not explicitly engaged with national issues of destruction, [the work] provides an aesthetic correlation to Japan’s recent natural and social disasters.”

Some of the traditional Japanese techniques and concepts that Takuro Kuwata employs and radicalizes are:

Ishihaze - Ishihaze or “stone explosion” is created by adding stones to the clay mix. When fired, stones puncture and burst through the clay, as if a tooth grows out of place.

Shino-yu - thick white glaze that can either drop and drool or harden and crack depending on the heat of the kiln.

Takuro Kuwata was born in 1981 in Hiroshima and lives in Toki City, Gifu. He graduated from Kyoto Saga Art College, Department of Fine Arts, Ceramics Arts in 2001. His work has been shown extensively in Japan, including the exhibition “Japanese Kōgei | Future Forward” at the 21st Century Museum of Contemporary Art, Kanazawa, which opens October 20, 2015 at the Museum of Art and Design in New York City. Since his last solo exhibition with Salon 94 in 2013, he has had solo shows at Tomio Koyama, Kuroda Touen, and Pierre Marie Giraud, Brussels. Kuwata has also participated in group exhibitions at Cherry and Martin, Los Angeles, Venus over Manhattan, New York, Rhona Hoffman Gallery, Chicago and Salon 94, New York. He will have his first US solo institutional showing at the Saint Louis Museum of Art, Saint Louis, Missouri in 2017. His work is included in the following public collections: Rubell Family Collection, USA, 21st Century Museum of Contemporary, Japan, University of Michigan Museum of Art, USA, and the Mashiko Museum of Ceramic Art, Japan.