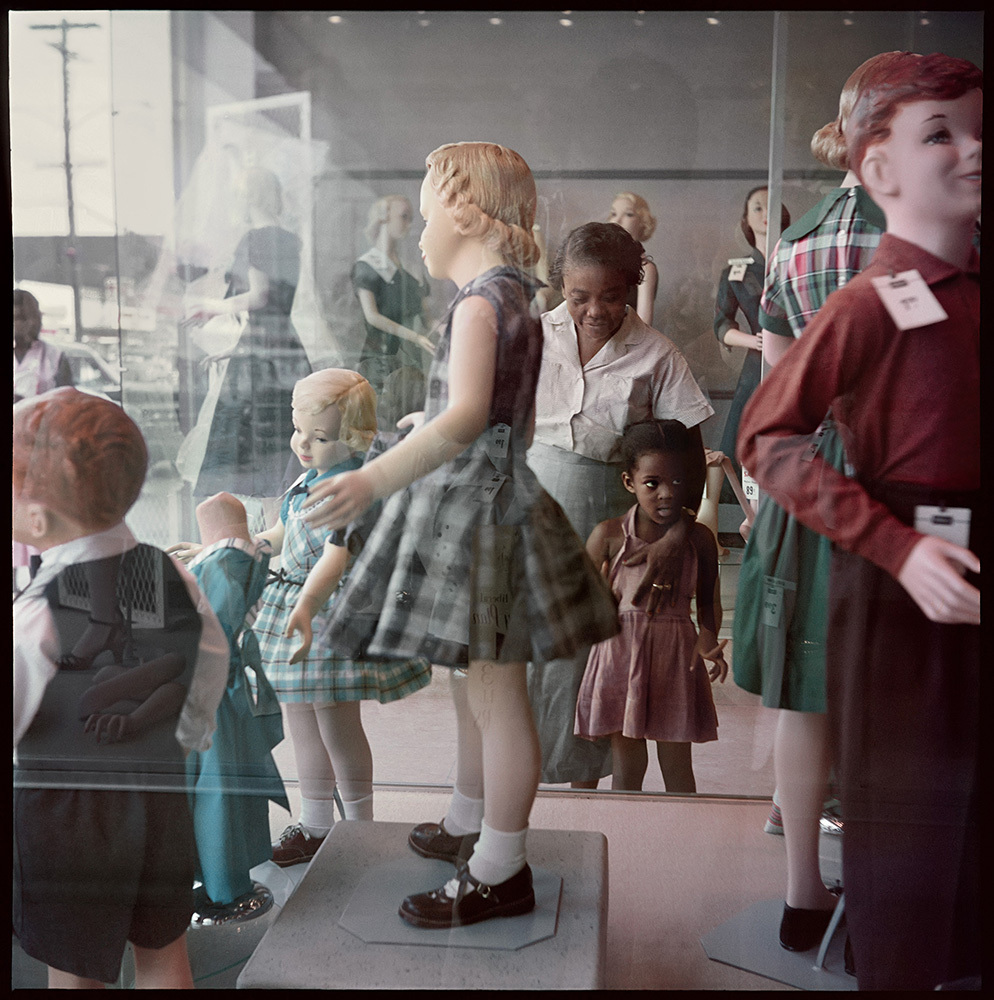 On Wednesday, November 4th, Salon 94 Freemans will present Segregation Story by Gordon Parks (1912-2006), who took the images while on assignment as a staff photographer for Life Magazine in 1956. The show marks the first solo exhibition of the work in New York. Life Magazine originally published twenty-six of the photographs with text by Robert Wallace, creating a watershed moment in the civil rights struggle.

Parks’s images vividly chronicle the day-to-day life of the Thornton, Causey, and Tanner families facing the realities of living in the Jim Crow South. The poignant photo essay proved to be a national catalyst for opposition to the systemic racial inequalities in the South and directly impacted the lives the subjects. The images were thought to be lost for decades, but in 2012 The Gordon Parks Foundation recently came across hundreds of transparencies, most never seen before. According to Salon 94’s Jeanne Greenberg Rohaytn “The images deserved to be seen in New York, especially given the dramatic role that images and their dissemination are currently playing in the conversation about race in this country.” Marilyn Minter, the contemporary artist, adds “The images knocked me out when I saw them exhibited at the High Museum in Atlanta. They brought me back in time and captured a truth about what it was like to live there. It’s clear to me that he was risking his life taking some of those pictures."

The photographs on view include humble family portraits and scenes at home alongside devastating images of neatly dressed African-American men, women, and children being forced to submit to second-class status. A sedate image of Mr. & Mrs. Albert Thornton seated at home beneath their wedding portrait taken fifty years earlier contrasts with a photo of his elegant daughter being forced to enter a movie theater via the “Colored” entrance. The Thornton’s great-grandchildren are portrayed playing with the puddles outside their home after a rainstorm and in another image are seen standing outside the chain link fence surrounding a “Whites Only” playground complete with Ferris wheel.

According to historian, critic, and curator Maurice Berger “These quiet compelling photographs were tactical players in [Parks’s] aesthetic campaign for civil rights, eliciting a reaction that he believed was vital to the undoing of racial prejudice: empathy.” That empathy galvanized readers across the country and created a firestorm in Alabama when the issue was published. Despite many of their lives being up turned, the subjects did not regret their participation. Allie Lee Causey, an Elementary School teacher whose schoolhouse was captured by Parks, was repeatedly threatened to recant the following statement “Integration is the only way through which Negroes will receive justice. We cannot get it as a separate people. If we can get justice on our jobs and equal pay, then we’ll be able to afford better homes and good education.” Instead, she chose to leave Alabama.

Journalist and civil rights pioneer, Charlayne Hunter-Gault sums up the relevance of the images thusly “The images Gordon Parks captured in 1956 helped the world know the status quo of separate and unequal, and recorded for history an era that we should always remember, a time we never want to return to, even though, to paraphrase Joe Louis, we did the best we could with what we had.”

Gordon Parks was born into poverty and segregation in Fort Scott, Kansas in 1912. An itinerant laborer, he worked as a brothel pianist and railcar porter, among other jobs, before buying a camera at a pawnshop, training himself, and becoming a photographer. In addition to his storied tenures photographing for the Farm Security Administration (1941-45) and Life magazine (1948-72), Parks evolved into a modern day Renaissance man, finding success as a film director, writer, and composer. The first African-American director to helm a major motion picture, Parks introduced his film Shaft in 1971. He wrote numerous memoirs, novels, and books of poetry, and countless awards, including the National Medal of Arts, and more than fifty honorary degrees. Parks died in 2006.

Parks’ photography has been the subject of various international exhibitions including “Half Past Autumn: The Art of Gordon Parks,” at the Corcoran gallery in 1997, “Gordon Parks: A Harlem Family 1967,” at The Studio Museum in Harlem in 2012, “Gordon Parks: Una Storia Americana,” at Fondazione Forma per le Fotographia in 2013, and “Segregation Story,” at the High Museum of Art in Atlanta in 2014. “Gordon Parks: The Making of An Argument,” opened recently at The Frances Lehman Loeb Art Center at Vassar College and will be on view through the end of the year. “Invisible Man: Gordon Parks and Ralph Ellison in Harlem” will open at the Art institute of Chicago in May 2016 with a catalog to be published by Steidl. A European retrospective will open at C/O Berlin in 2016 and in 2017, The Getty Museum will mount an exhibition.