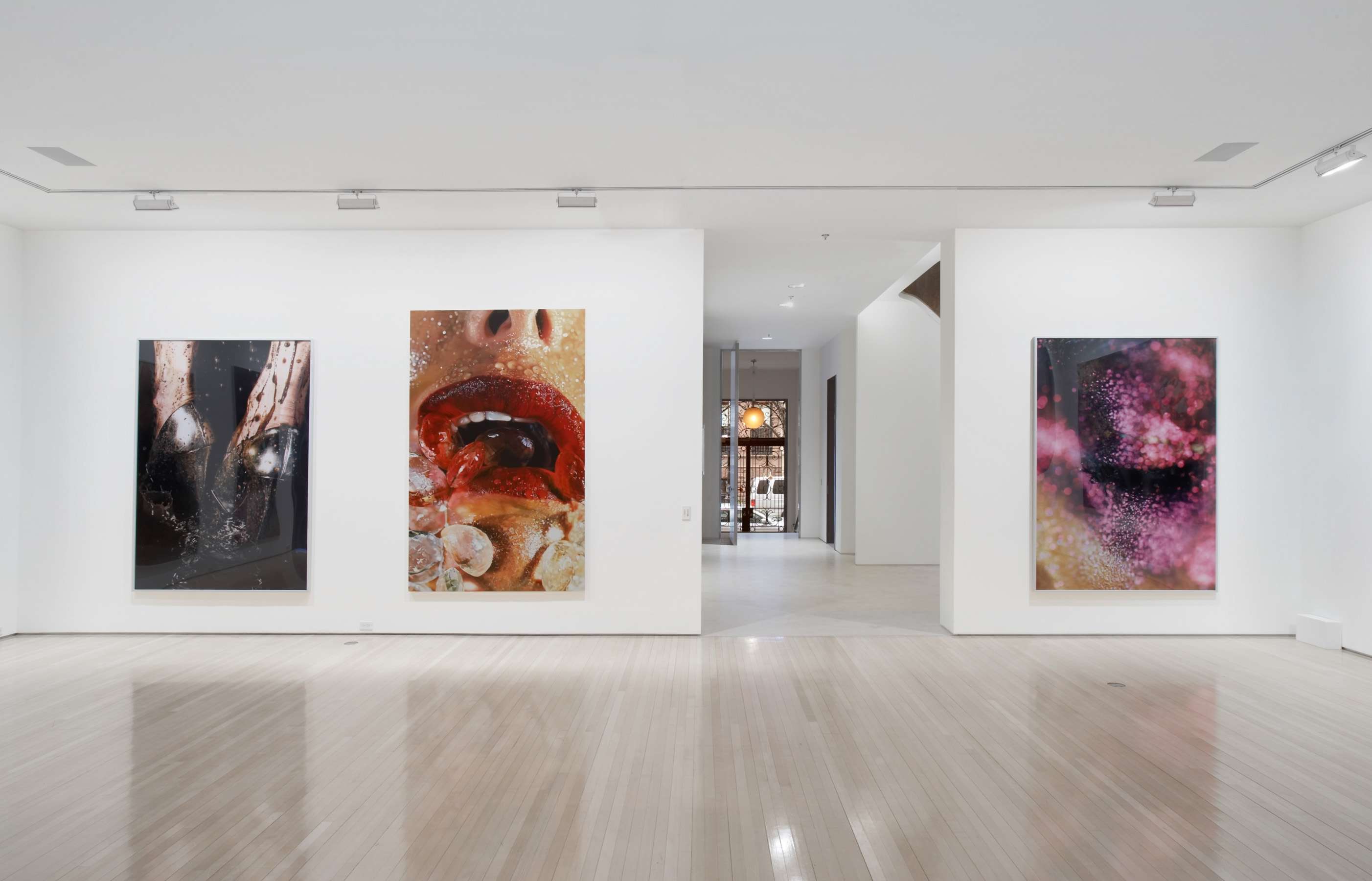 Salon 94 is proud to present our first solo exhibition of Marilyn Minter in New York.

Another painting is Glazed; a blue eye caked in purple glitter and sweat. Crystal Swallow shows a pair of lips literally eating diamonds. Minter has, for the past 20 years, explored what she calls the “pathology of glamour,” or the painstaking everyday un- and re- doing of women’s physical appearance and their strive for perfection. Taking on the clichés of fashion photography she adds a dose of reality to them.

Closing in tight on her subjects, whether it is a shoe, an eye or a baby, she subverts the glamour of desire. The images Minter generates always stand on the border of photorealism and abstraction: on focusing on details she continually shoots her photographs at the moment before the image breaks out of focus. Lily Putti, her latest image of a baby in soft focus and heavenly light, recalls Caravaggio or Quattrocento pictures of the Madonna and Child.

Marilyn Minter was born in 1948 in Shreveport, Louisiana. She has continually broken new ground in painting since her first solo exhibition at the Everson Museum, Syracuse in 1975. Recently, she has been featured in the 2006 Whitney Biennial and a one person show at the SFMOMA. Her first monograph, published by Gregory R Miller, with contributions from Johanna Burton, Mary Heilman and Matthew Higgs, will be out in February 2007.