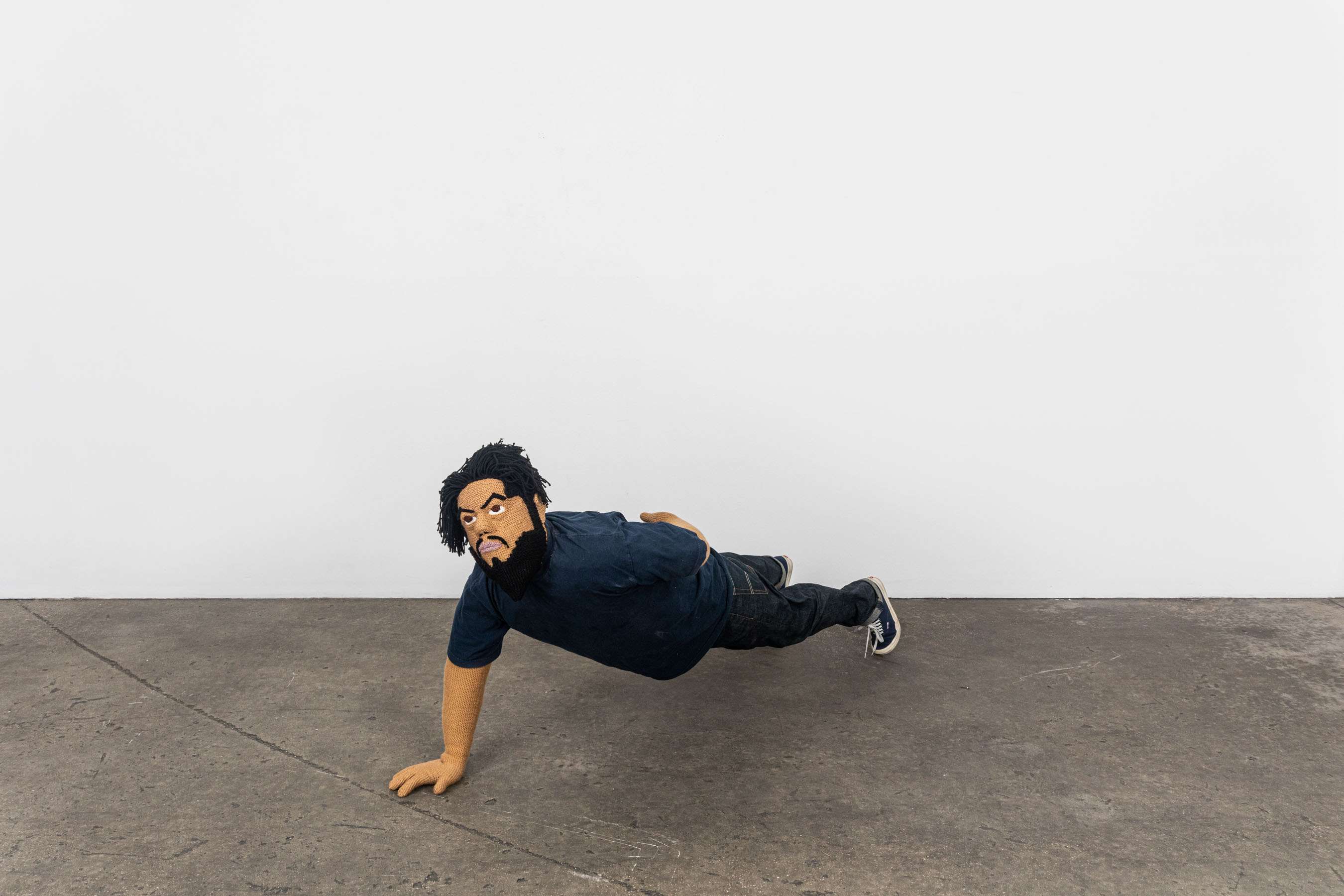 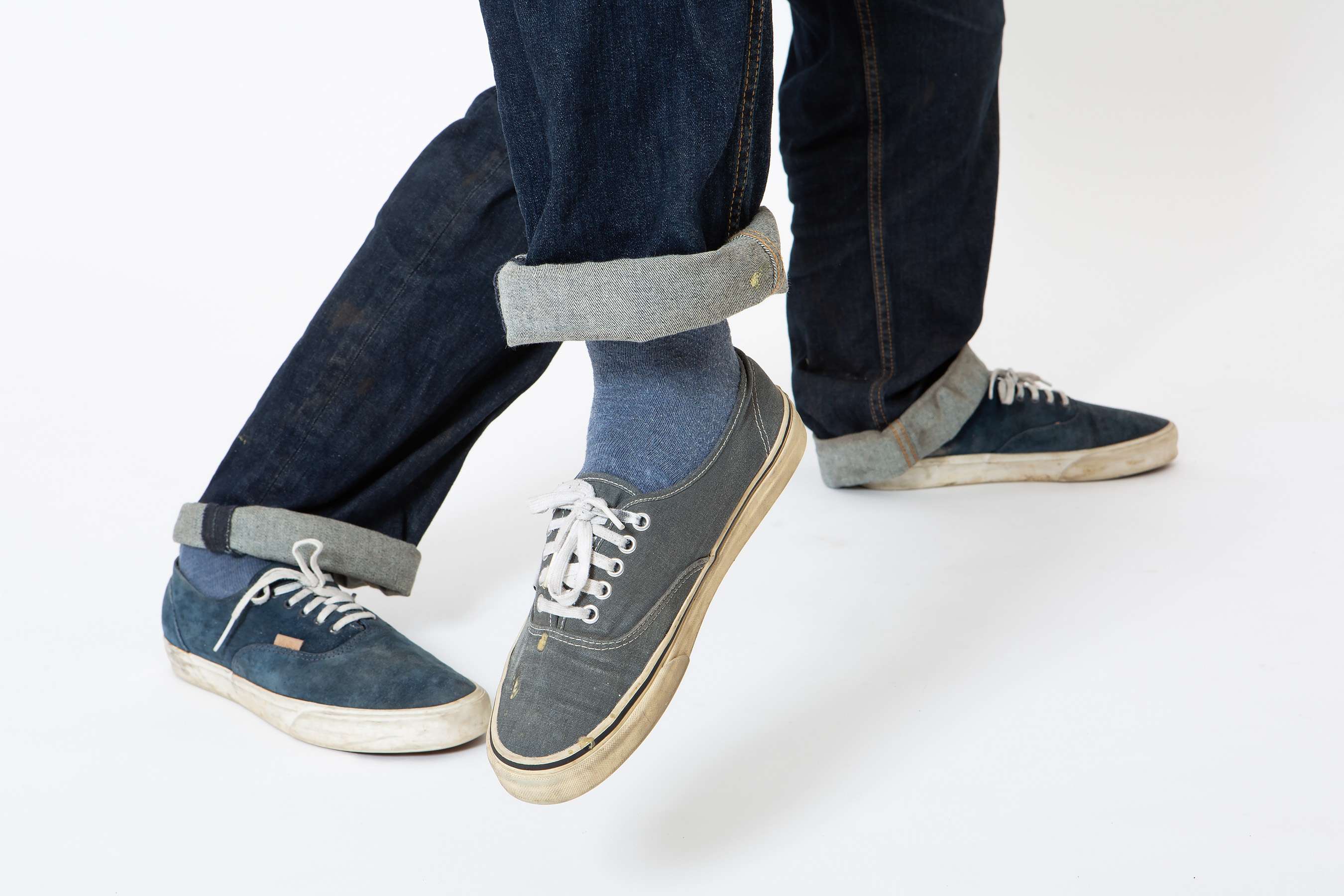 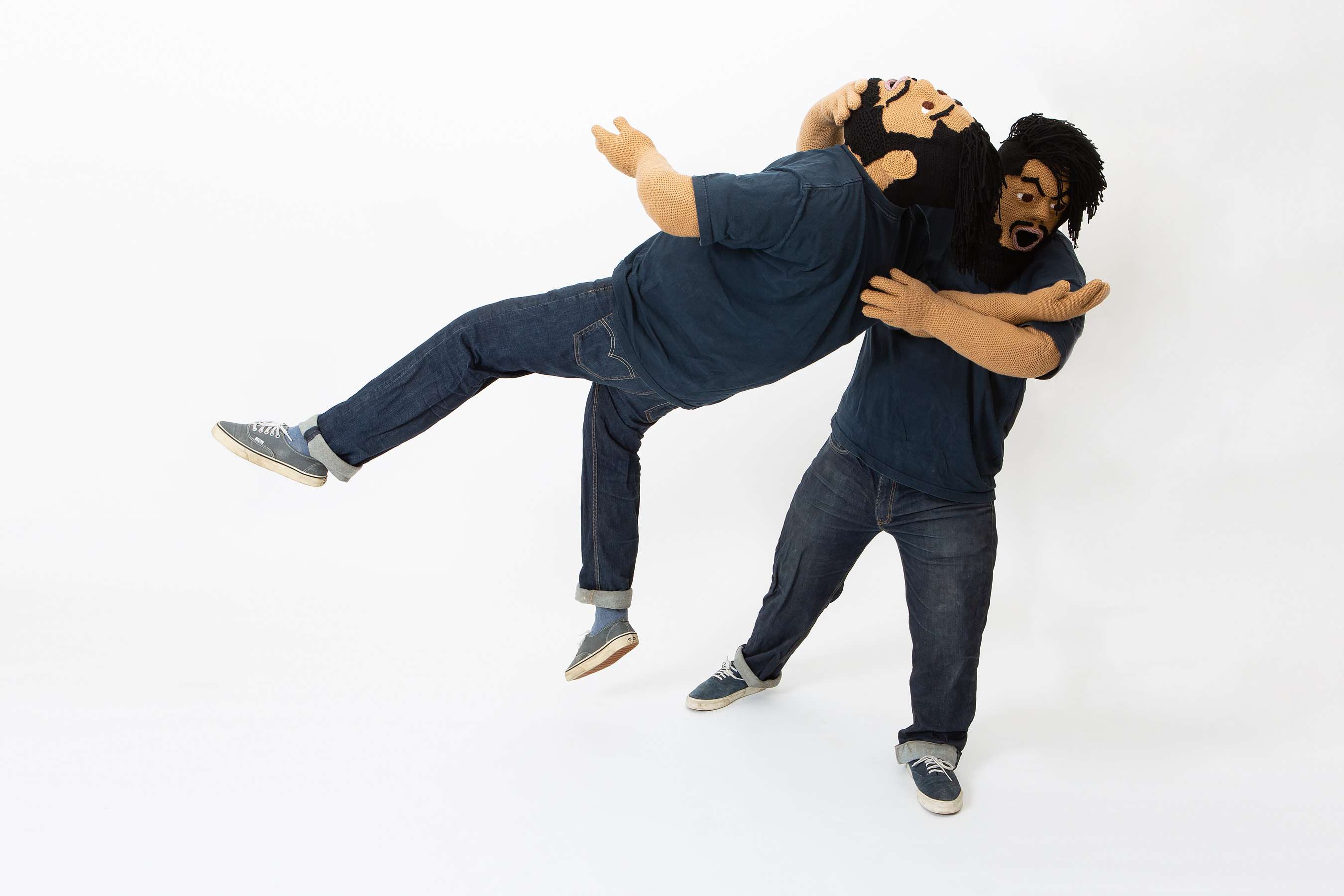 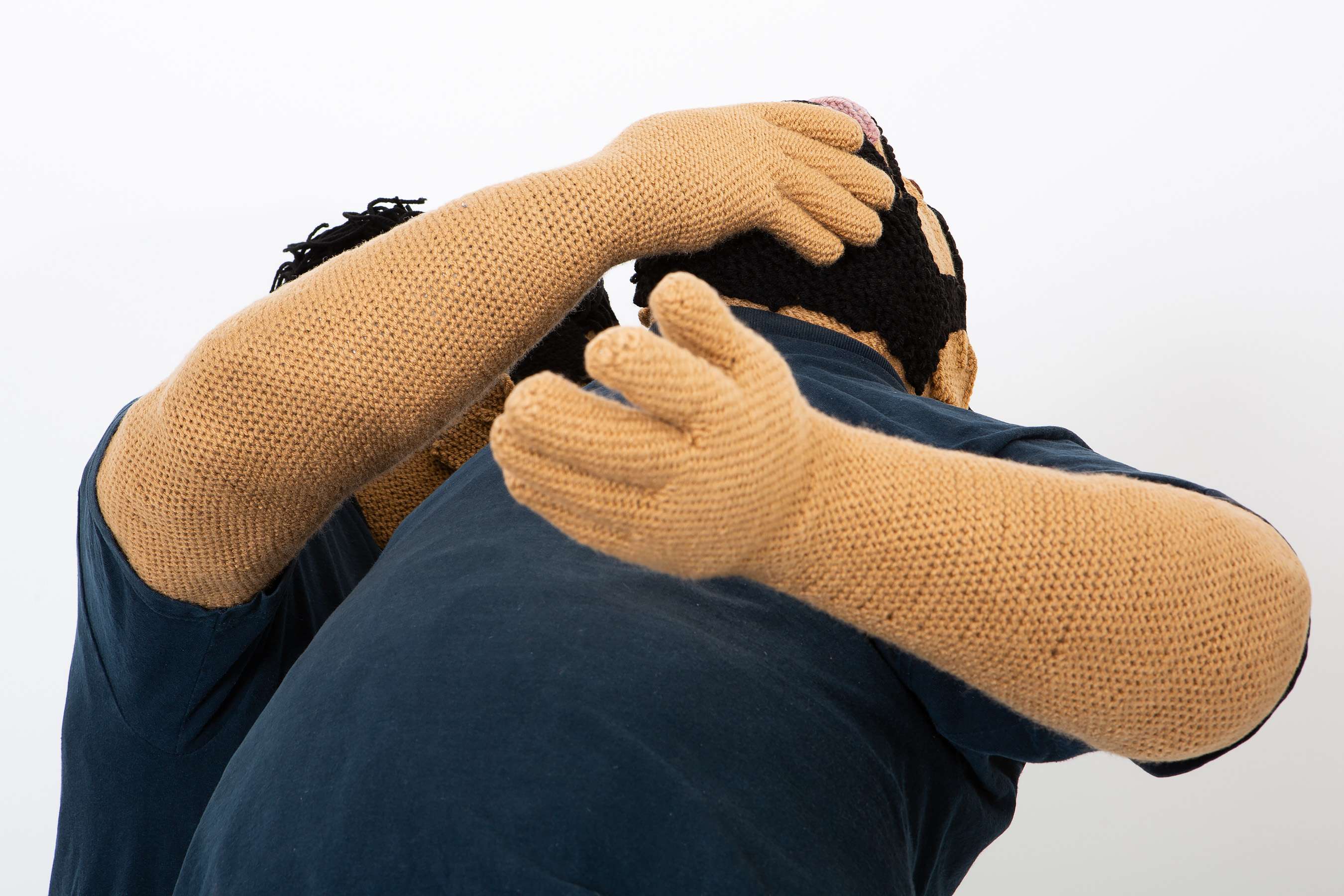 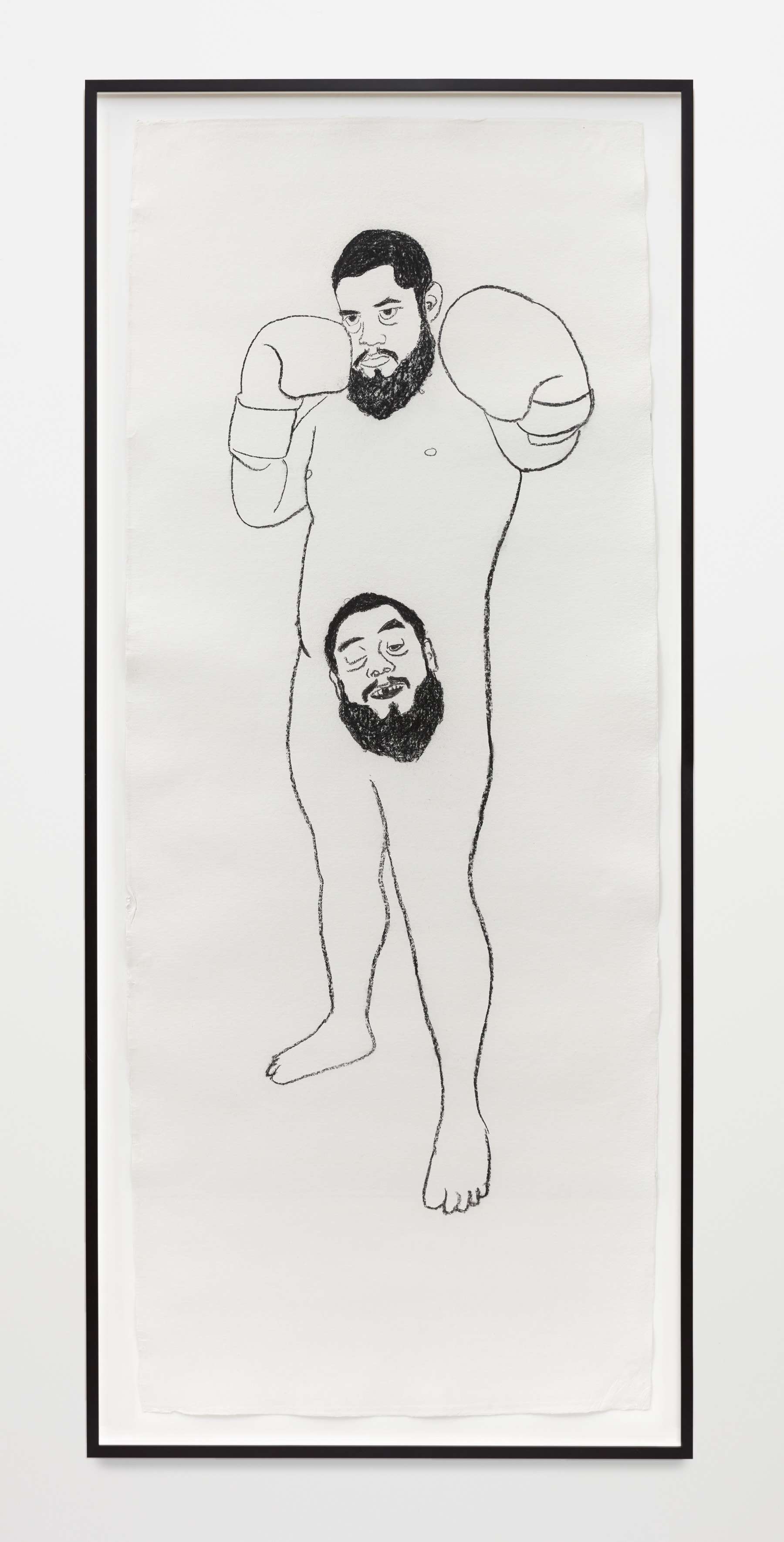 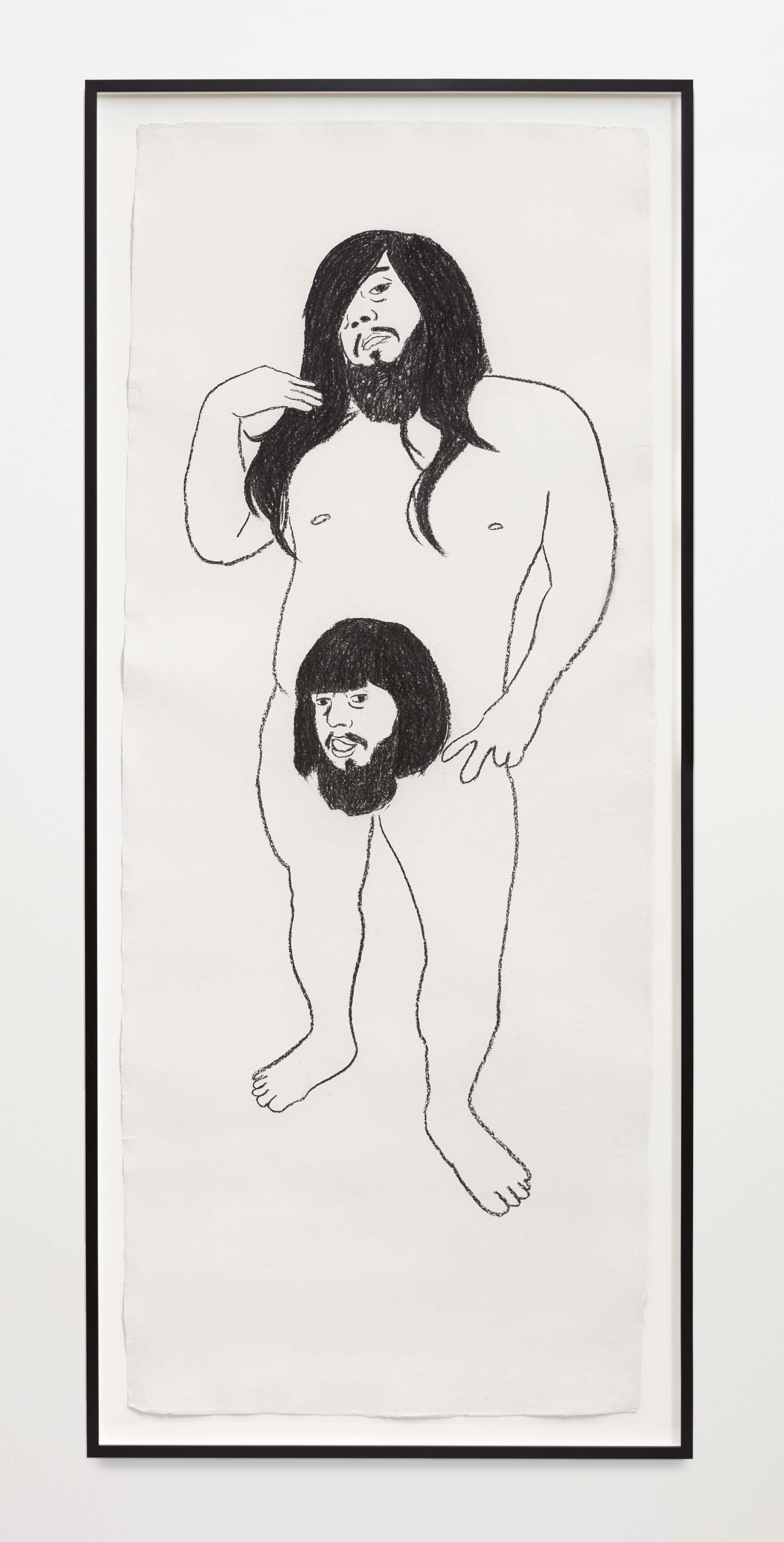 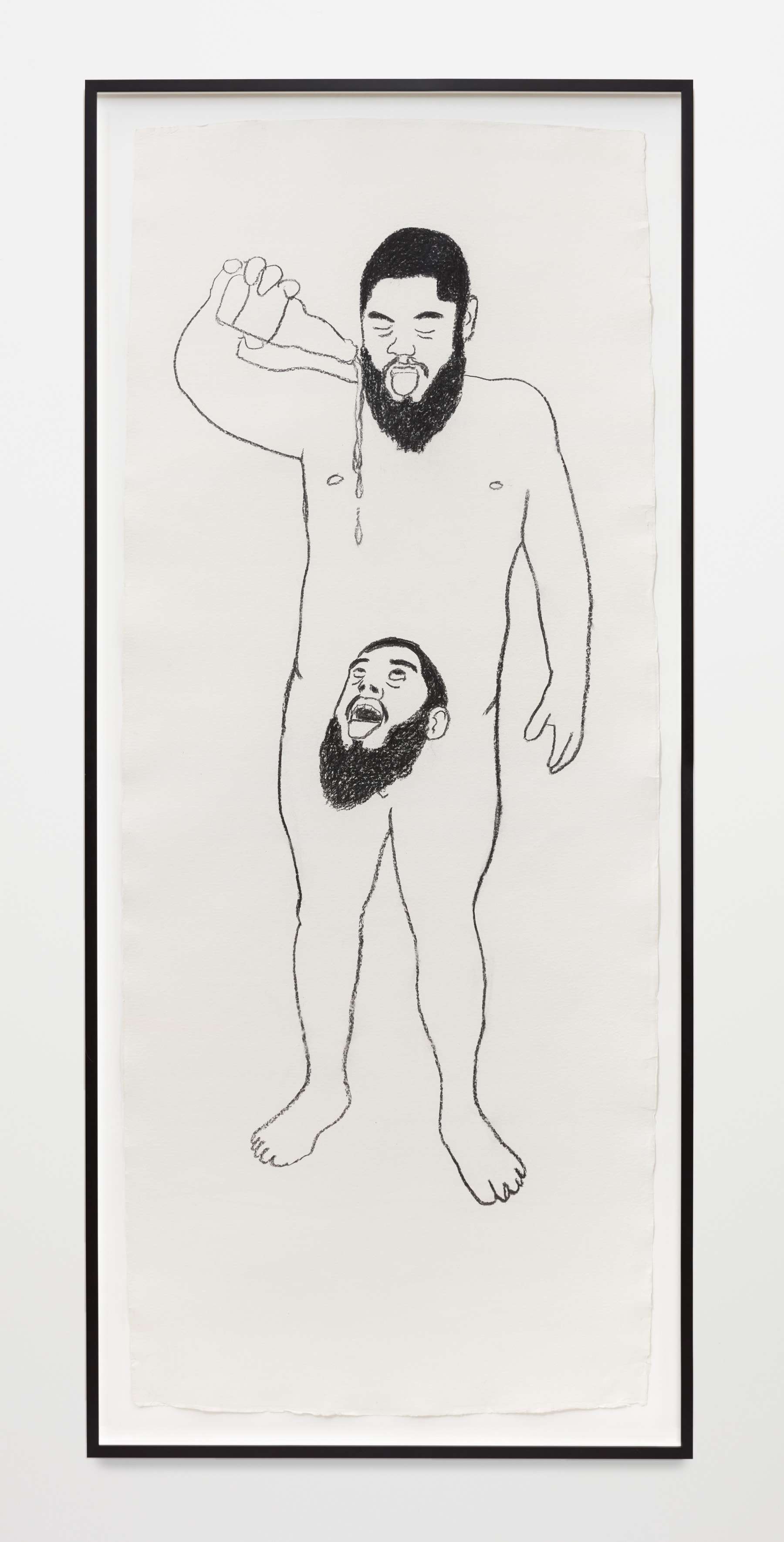 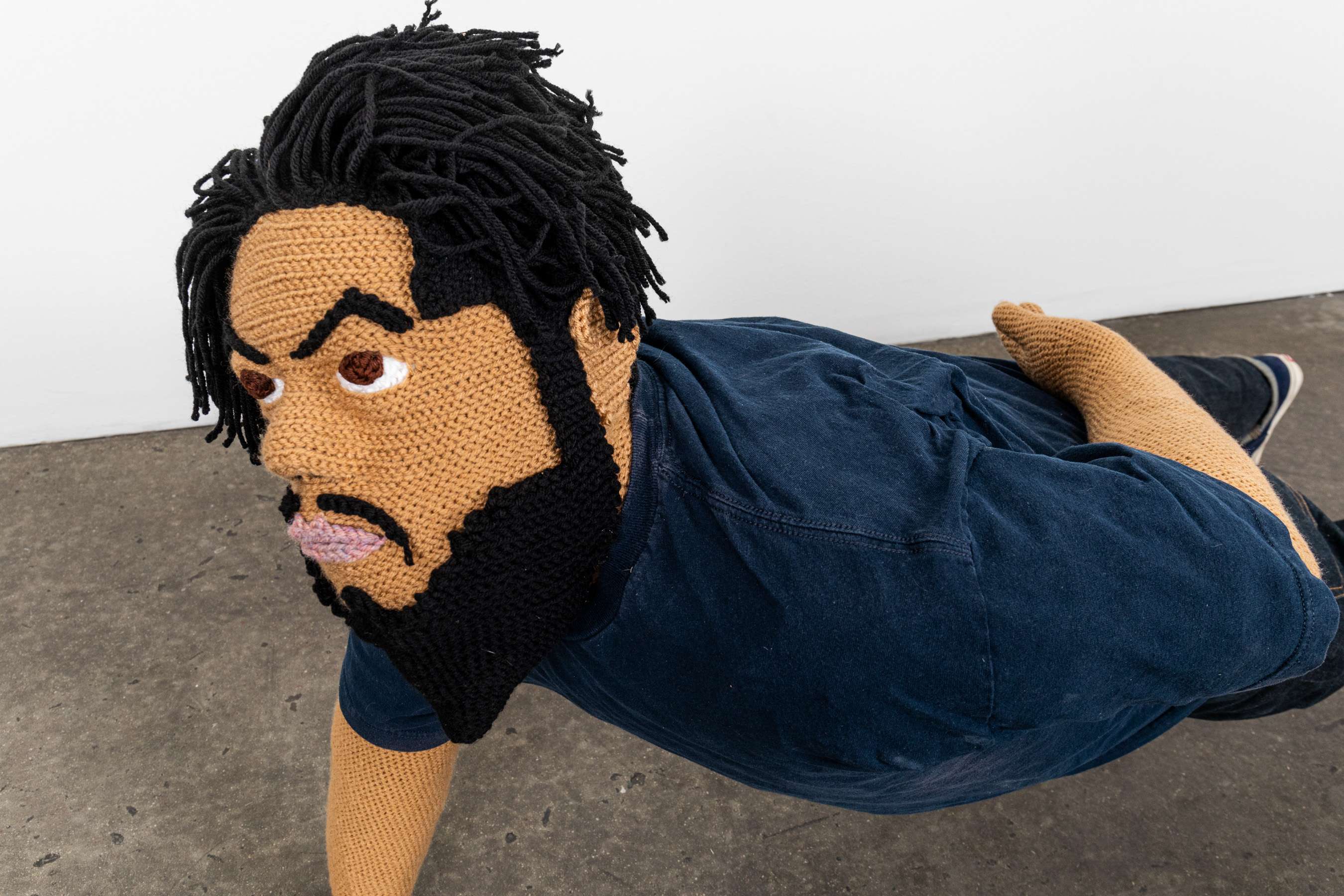 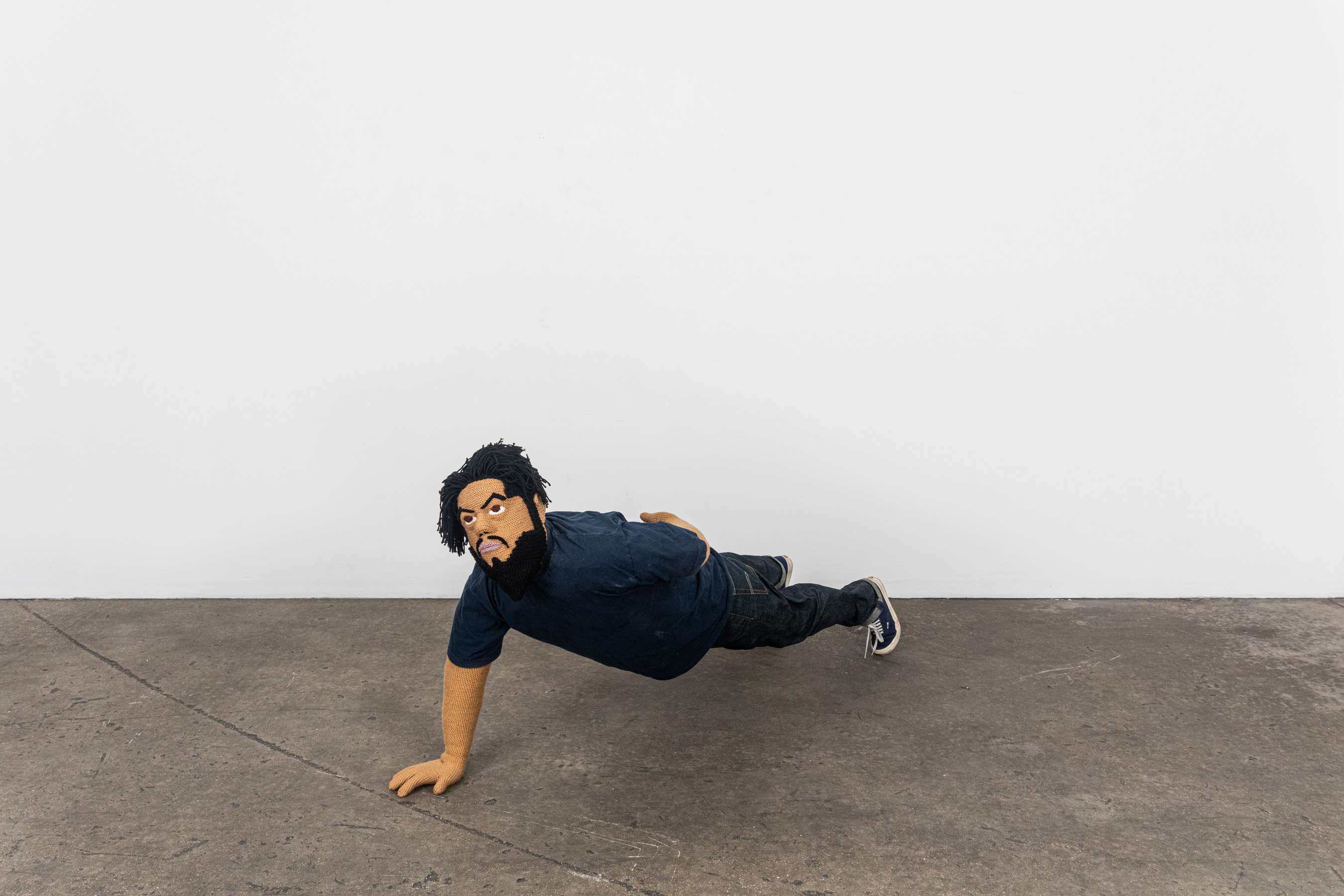 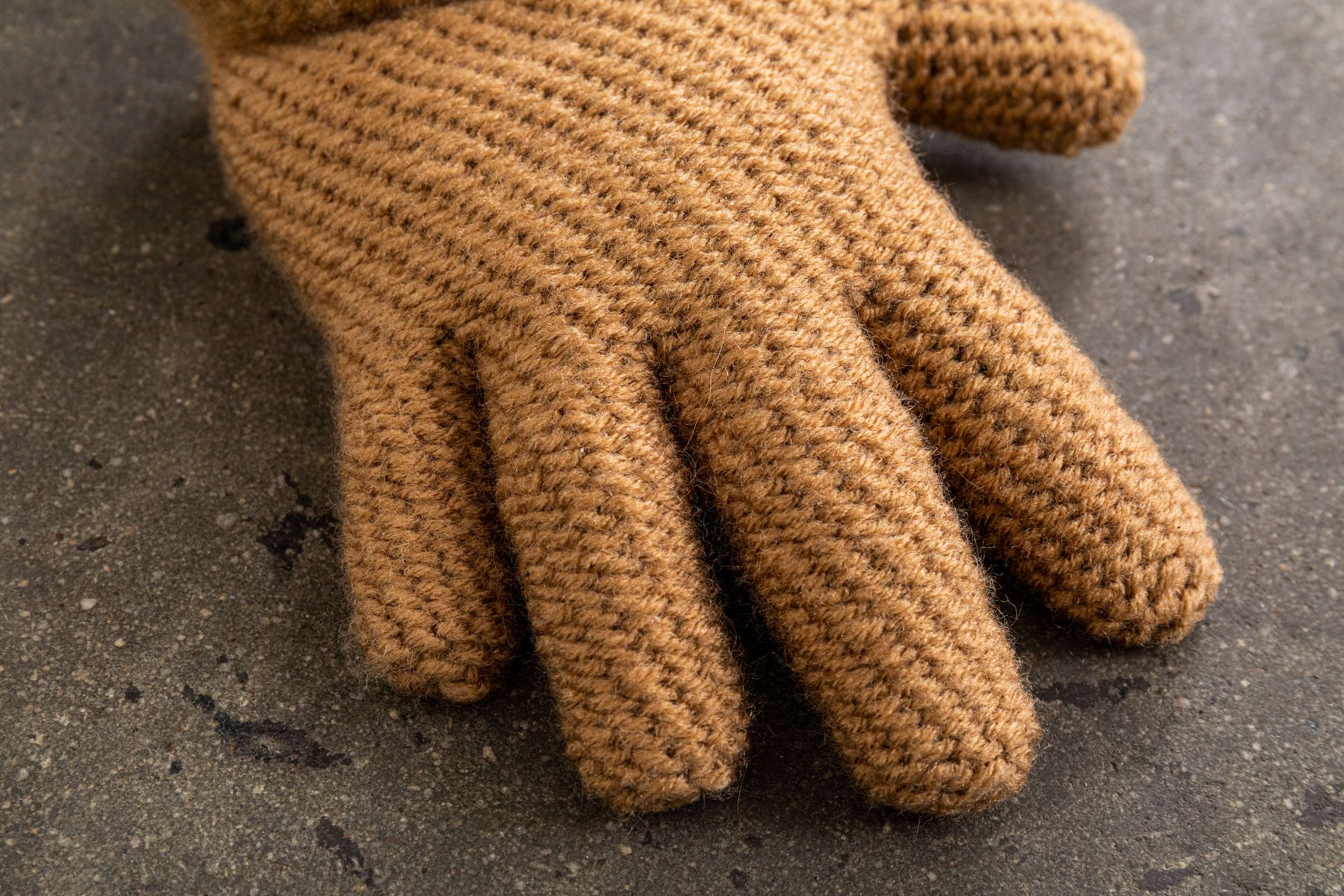 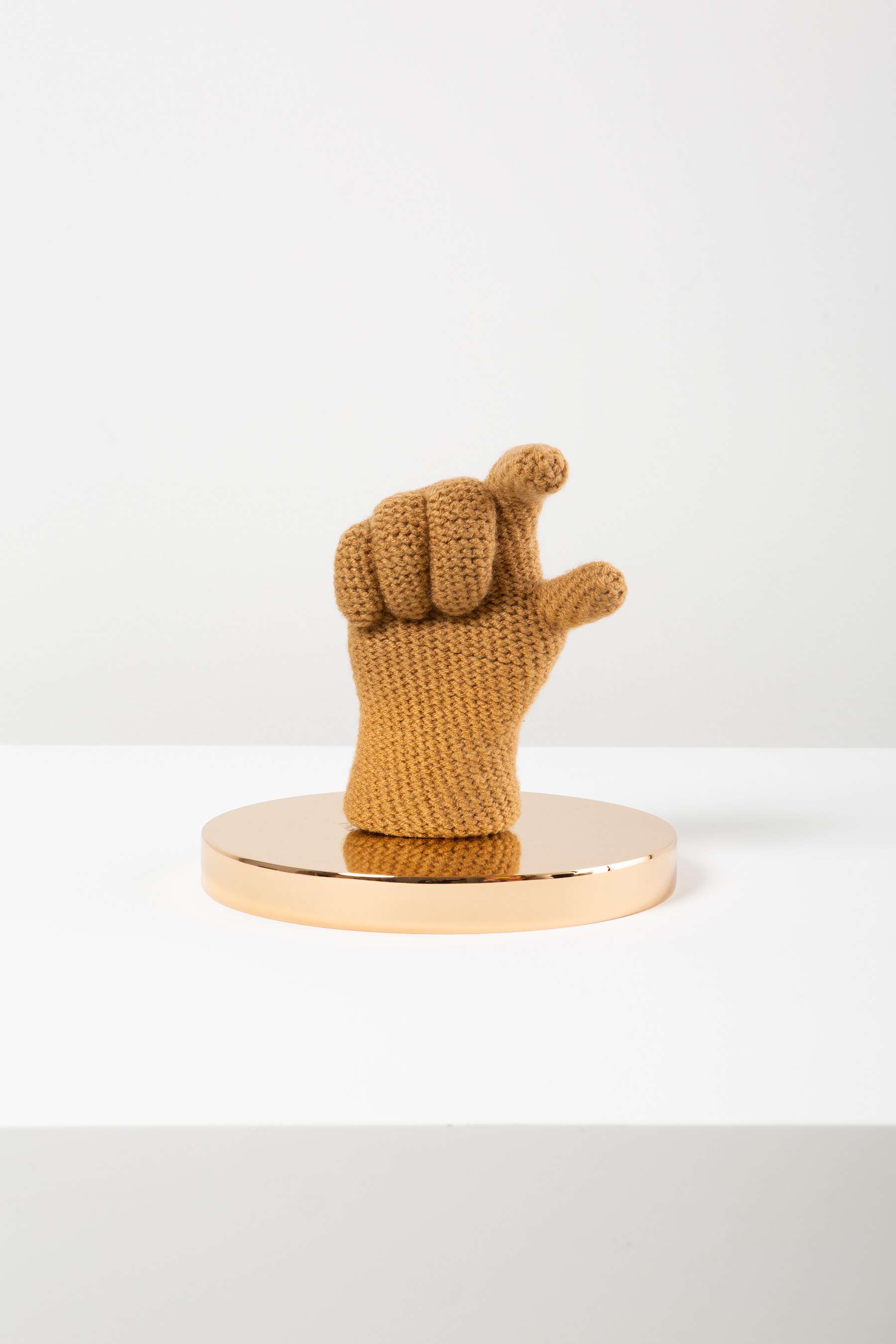 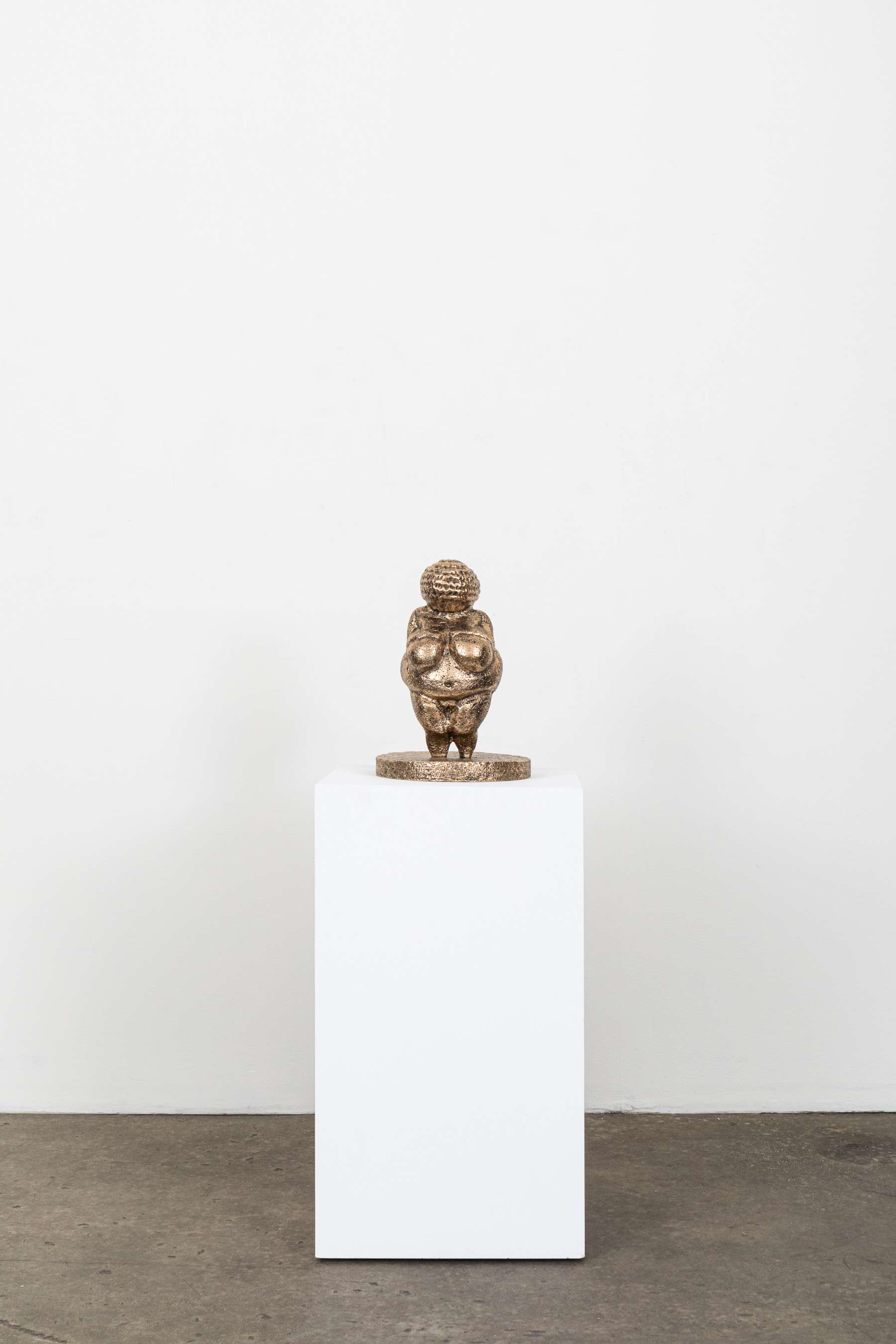 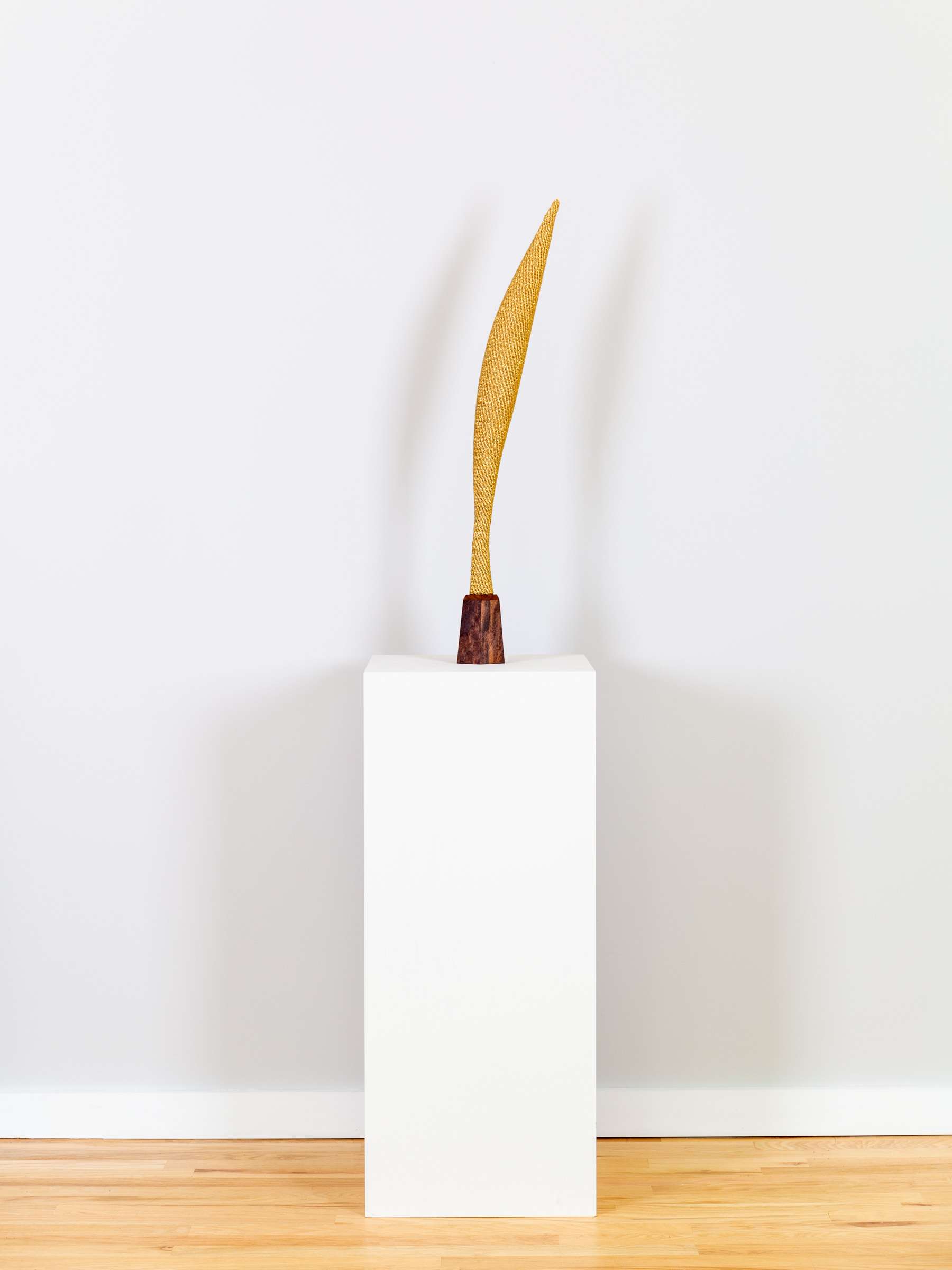 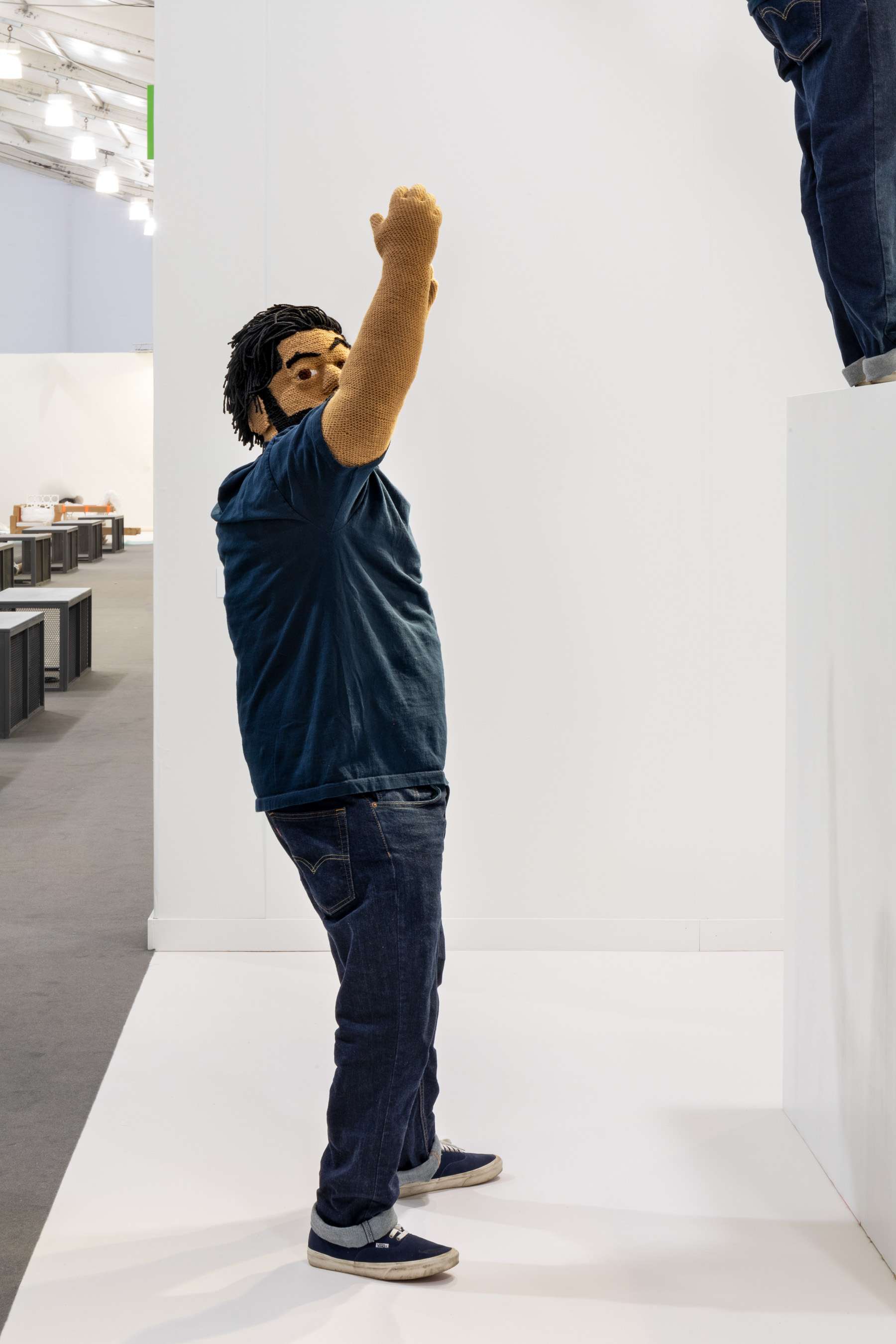 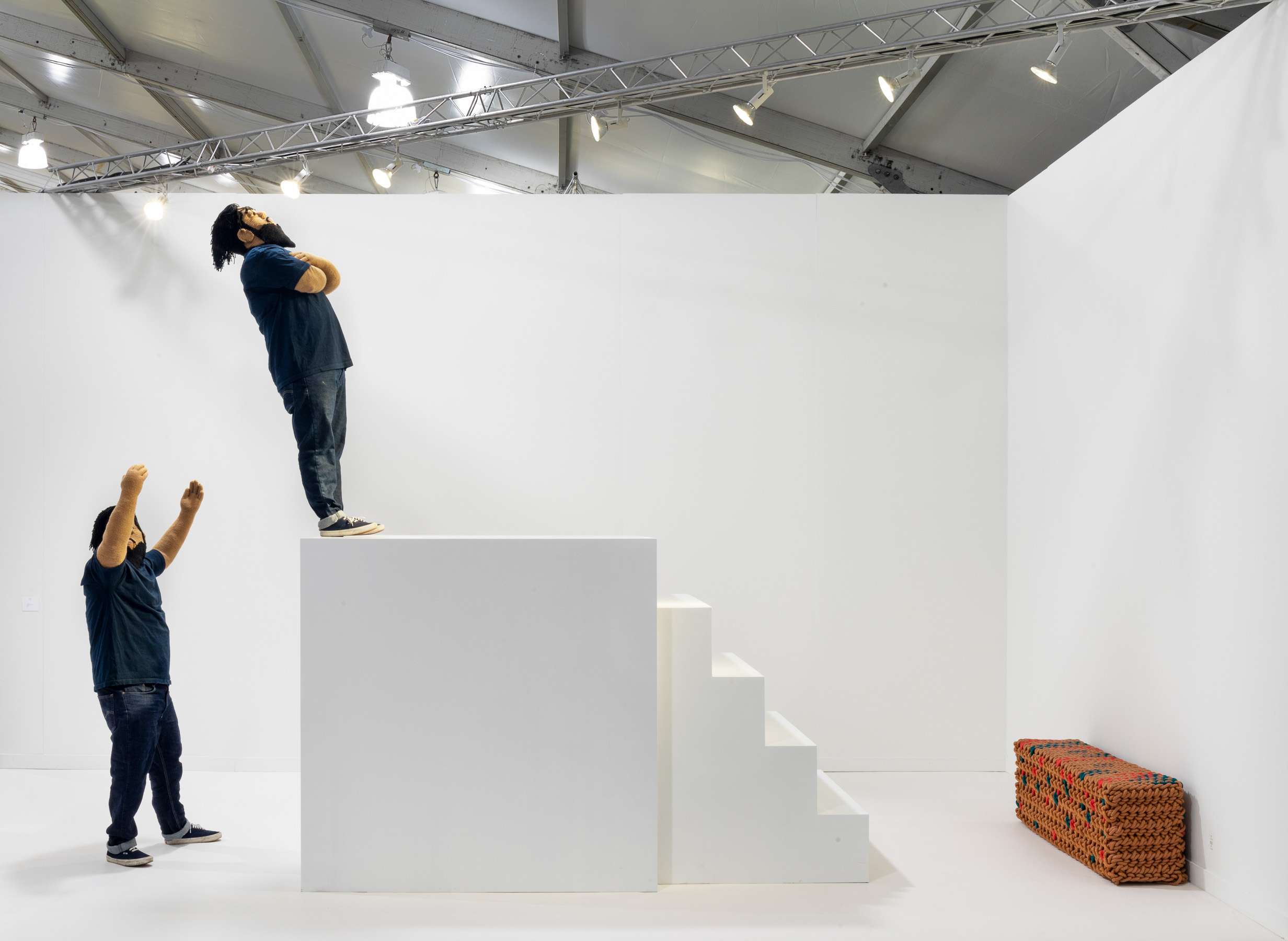 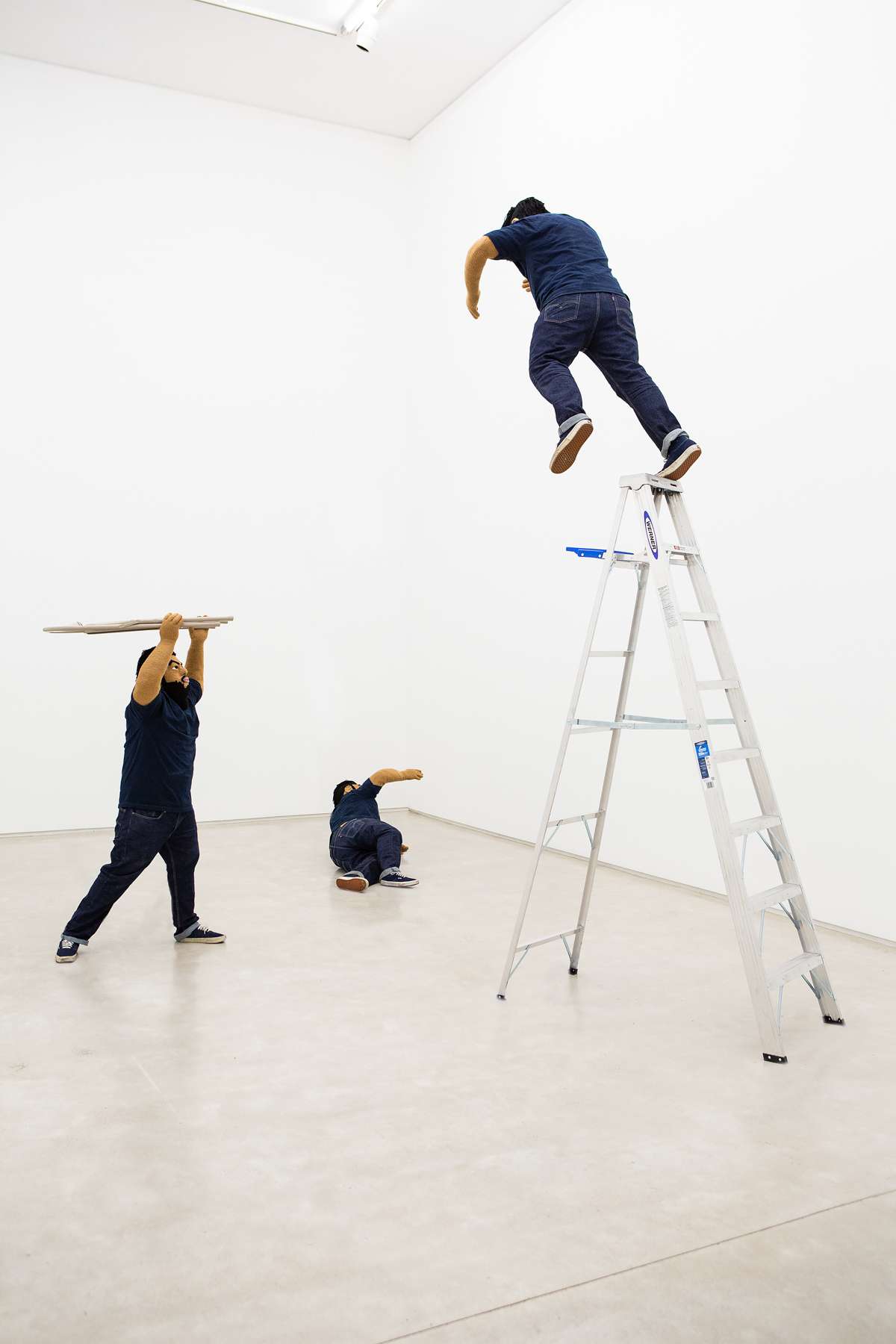 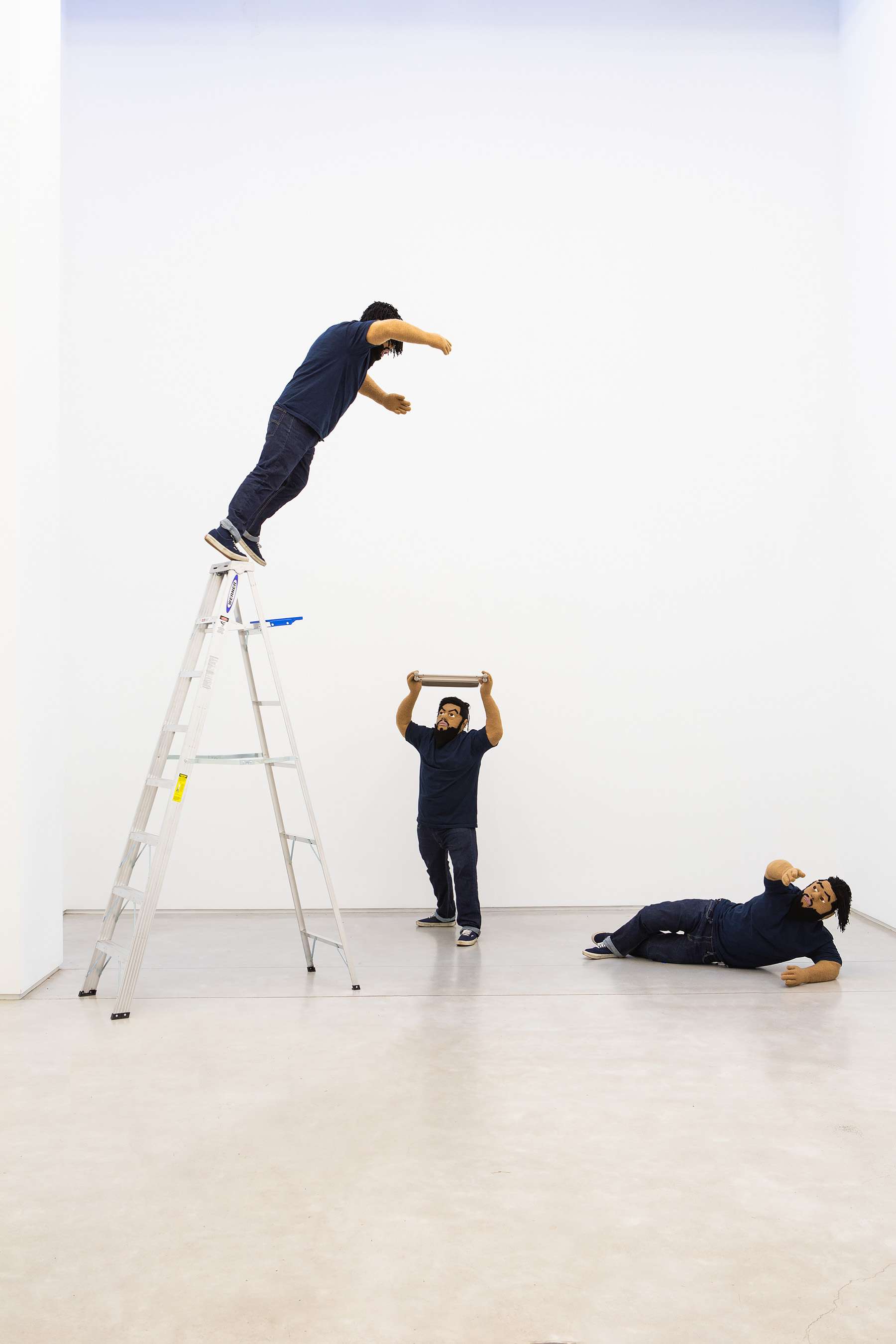 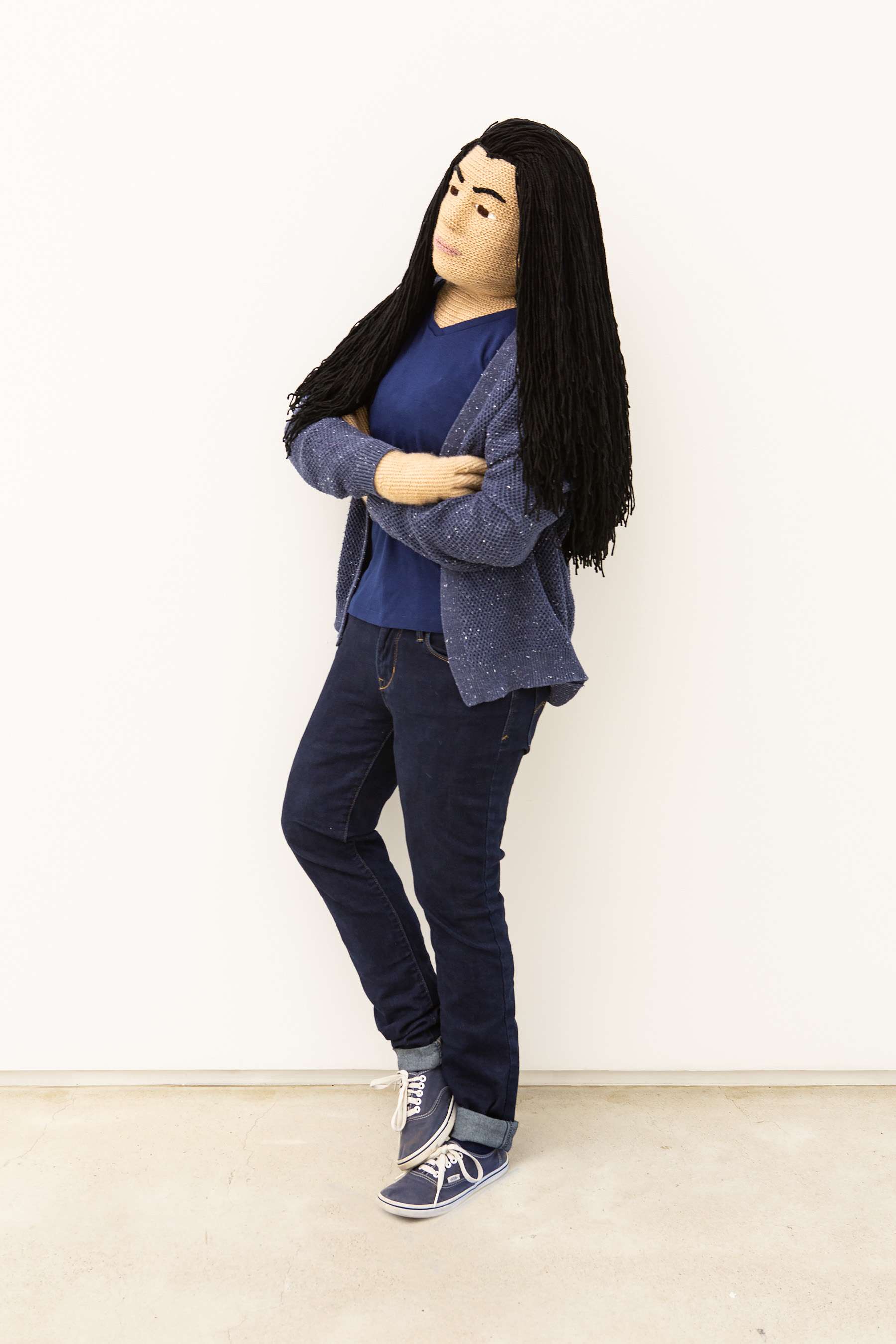 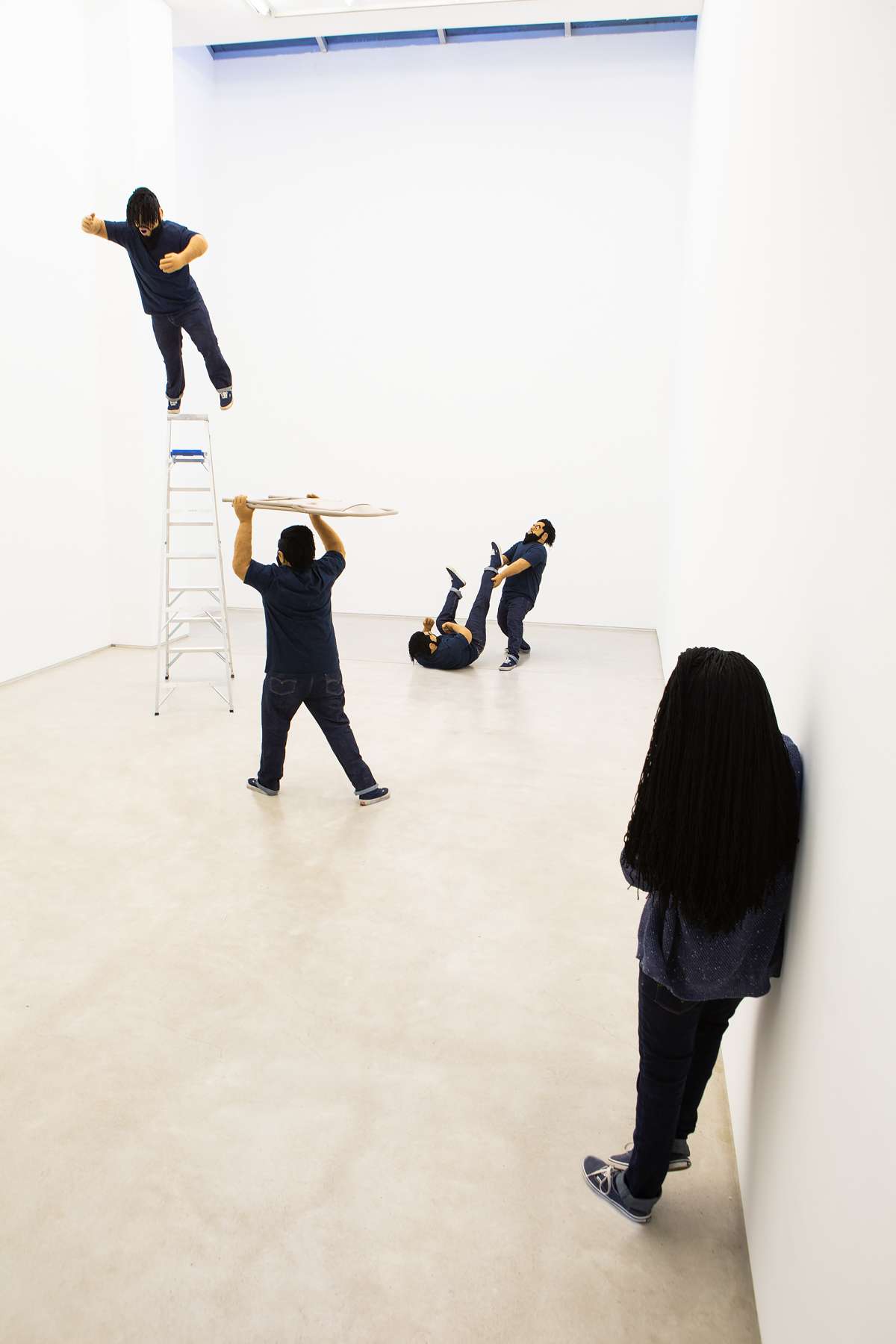 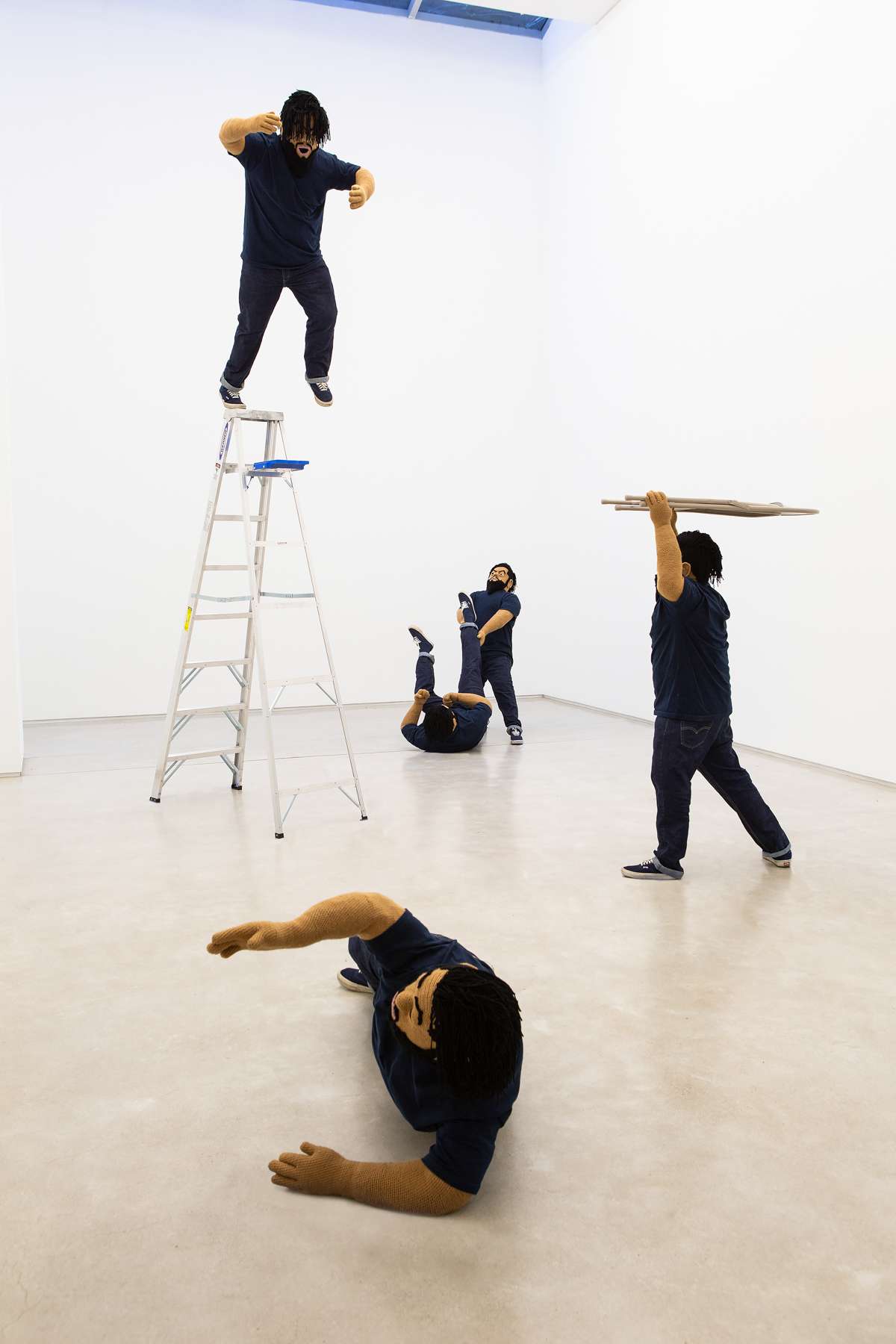 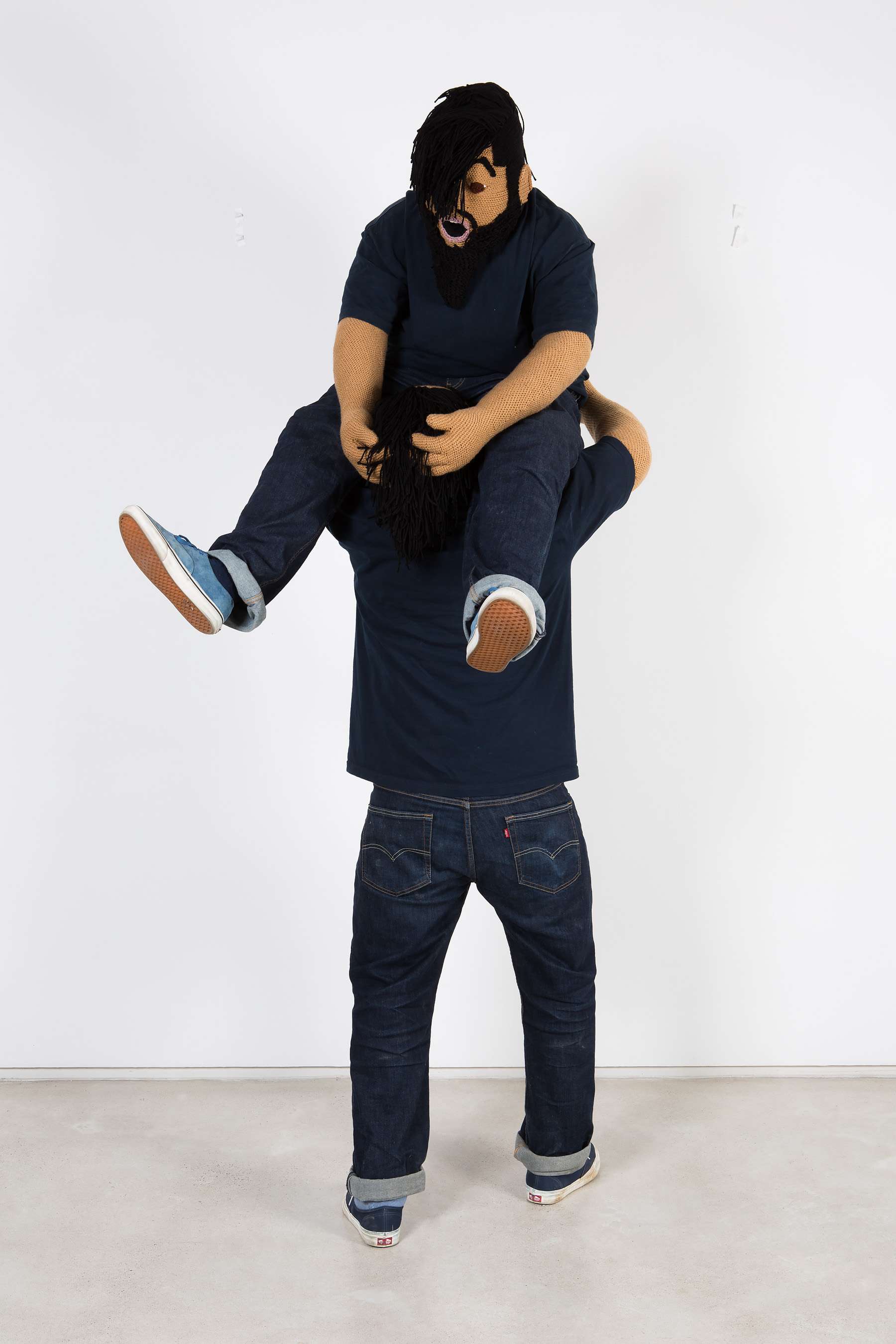 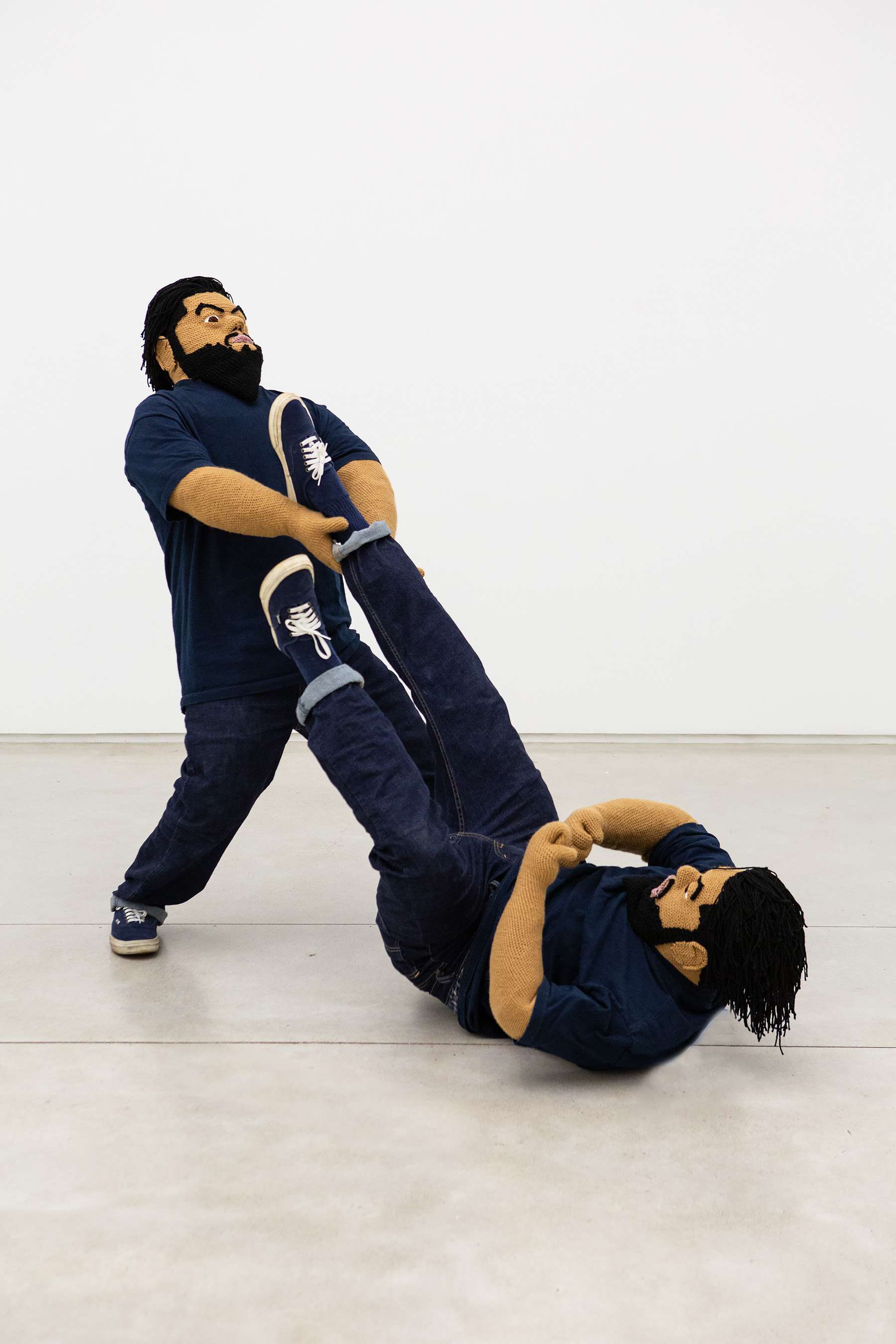 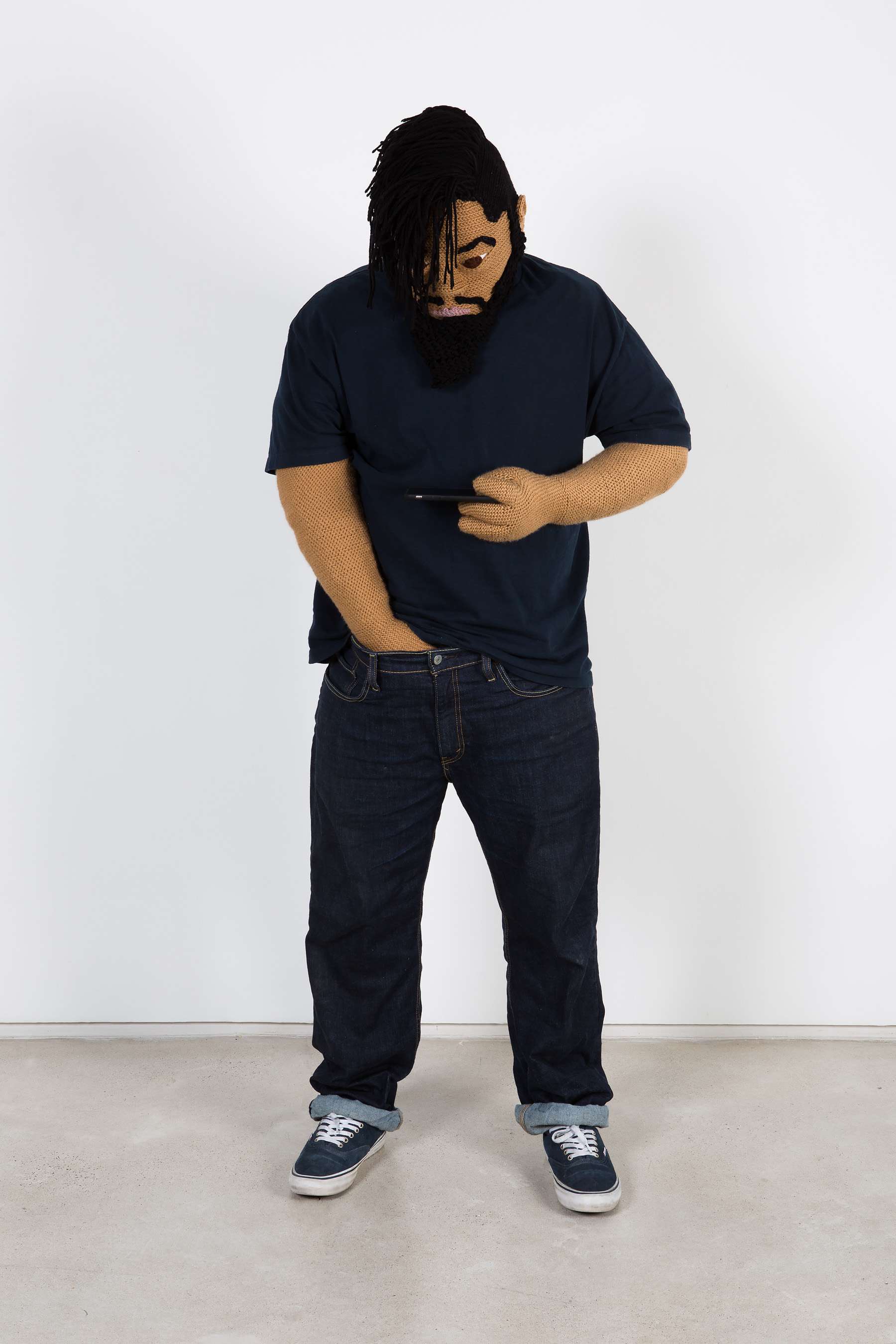 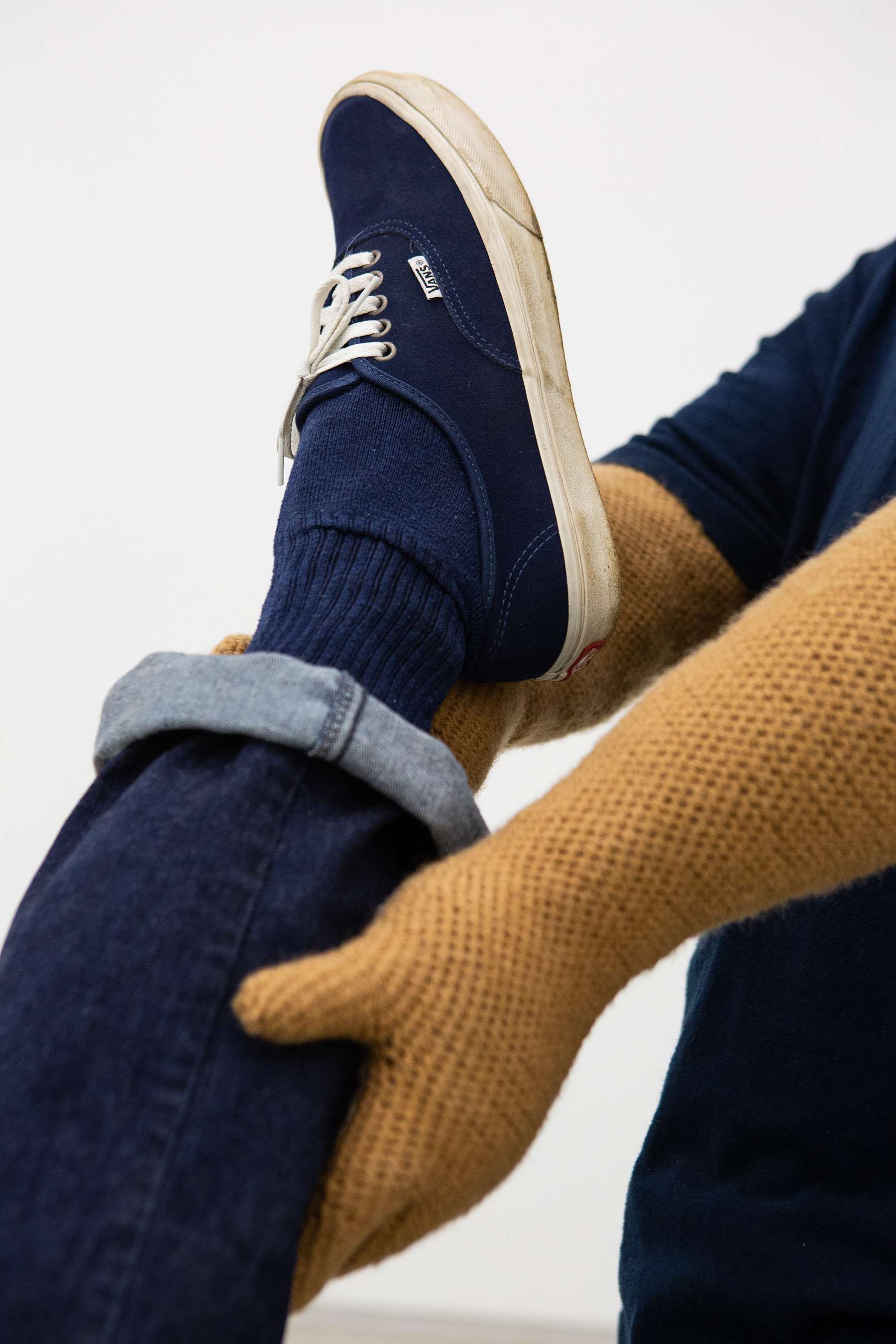 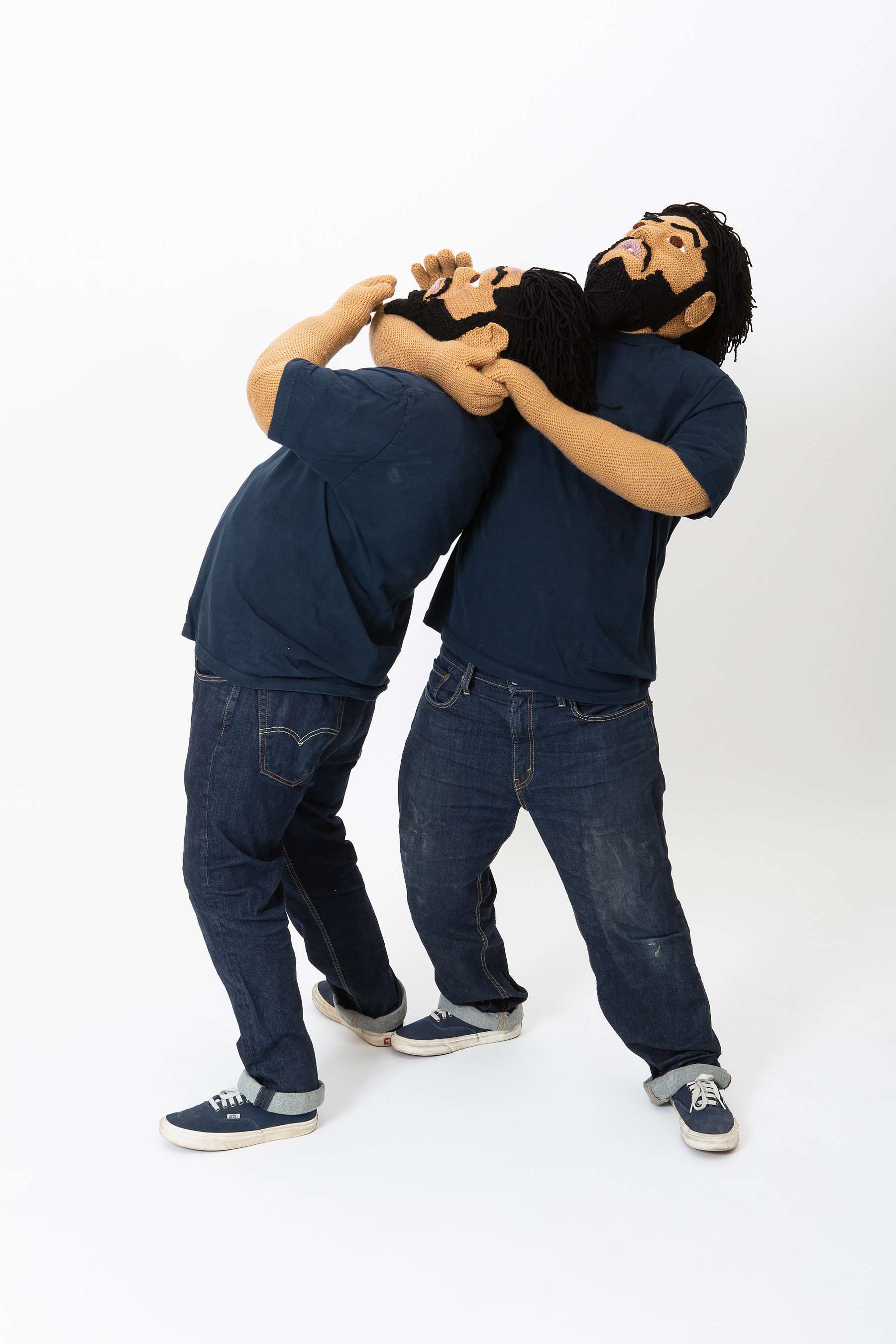 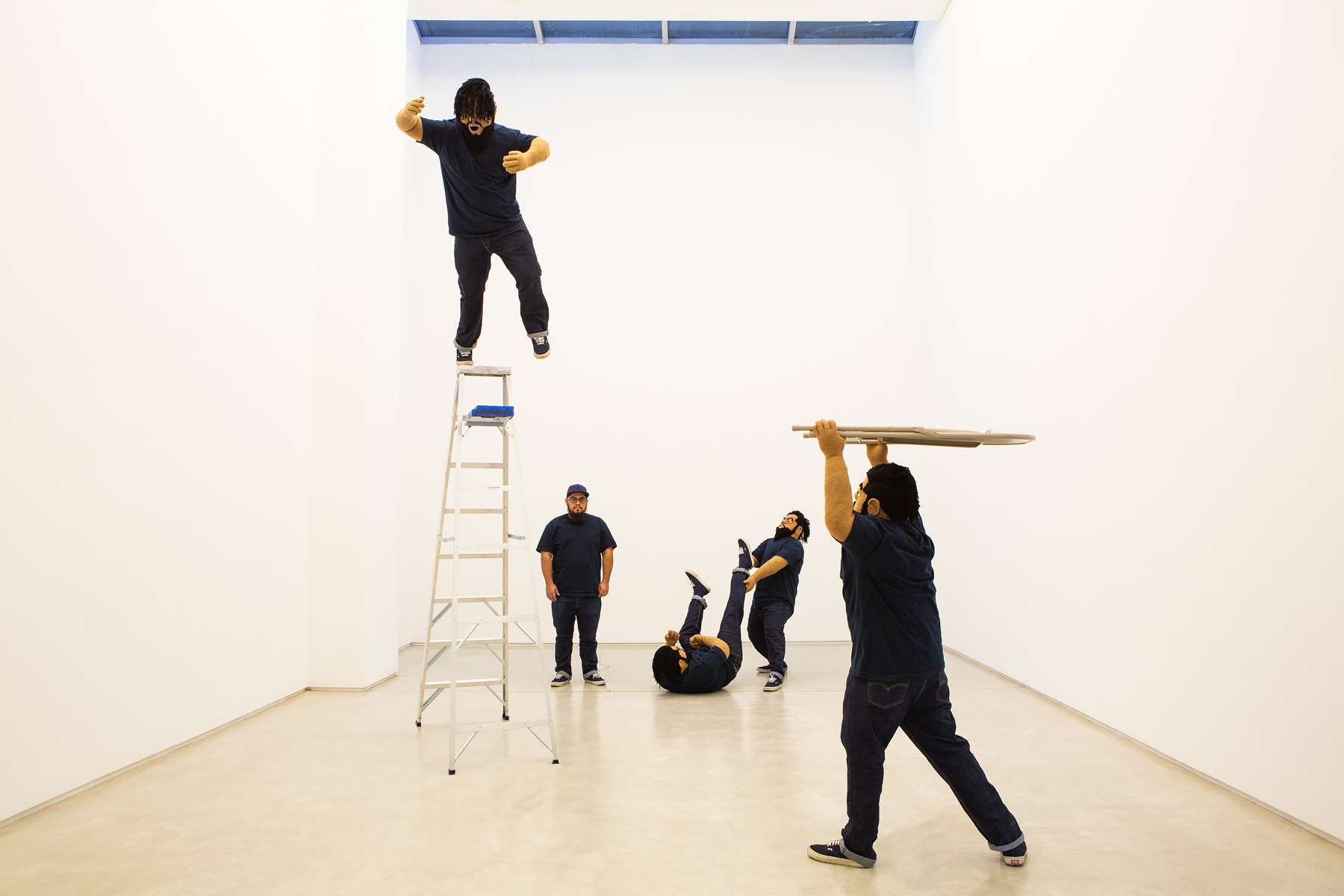 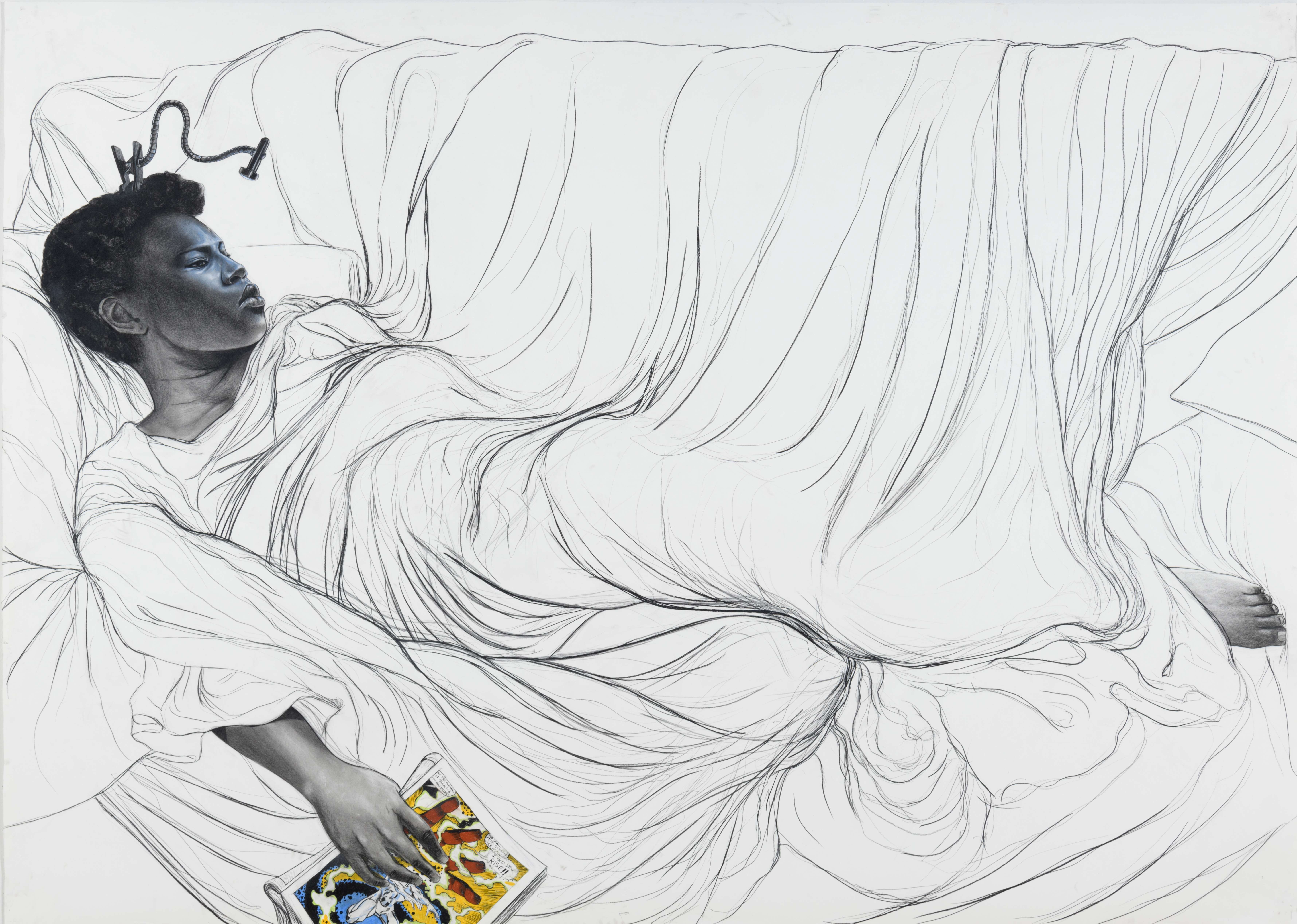 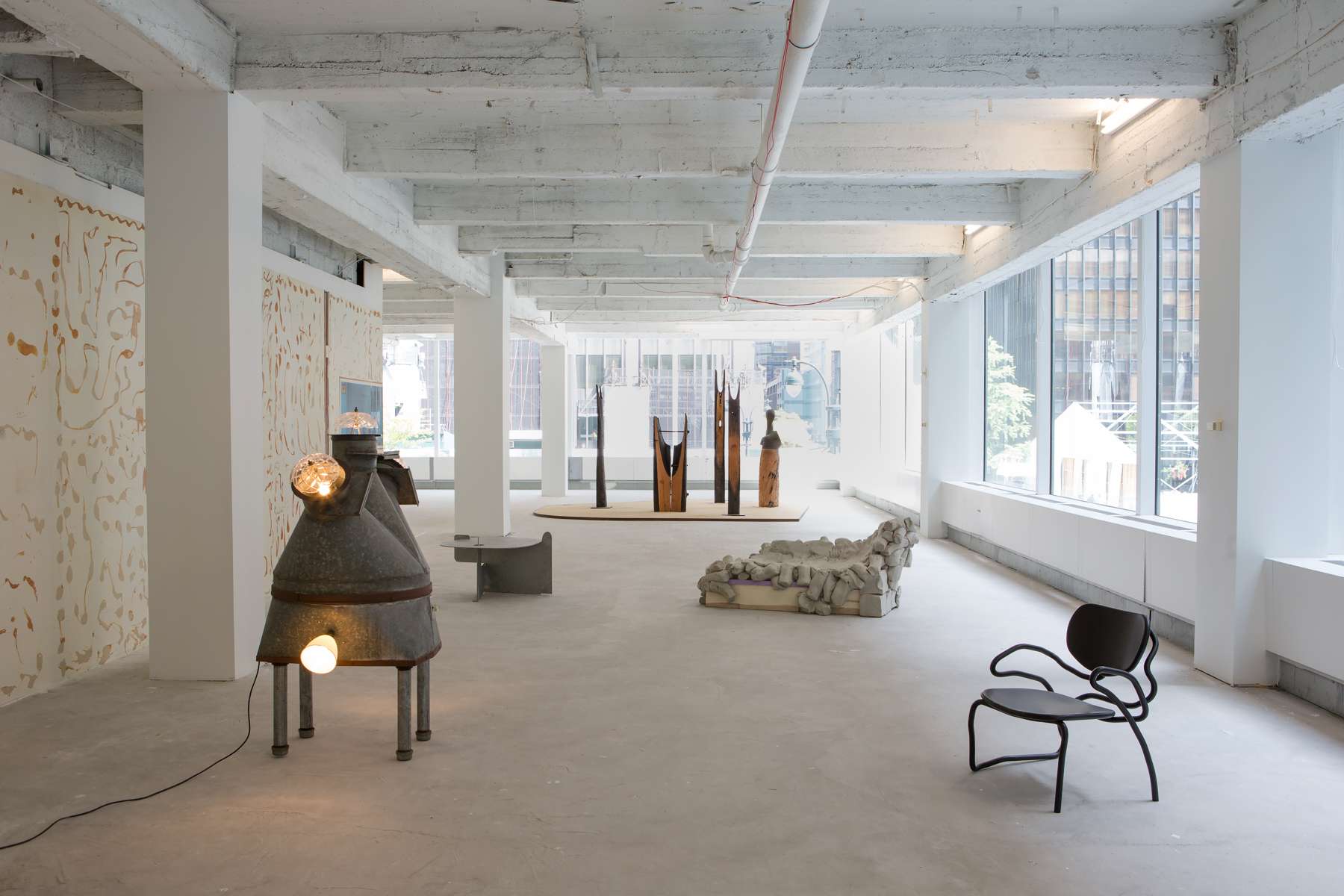 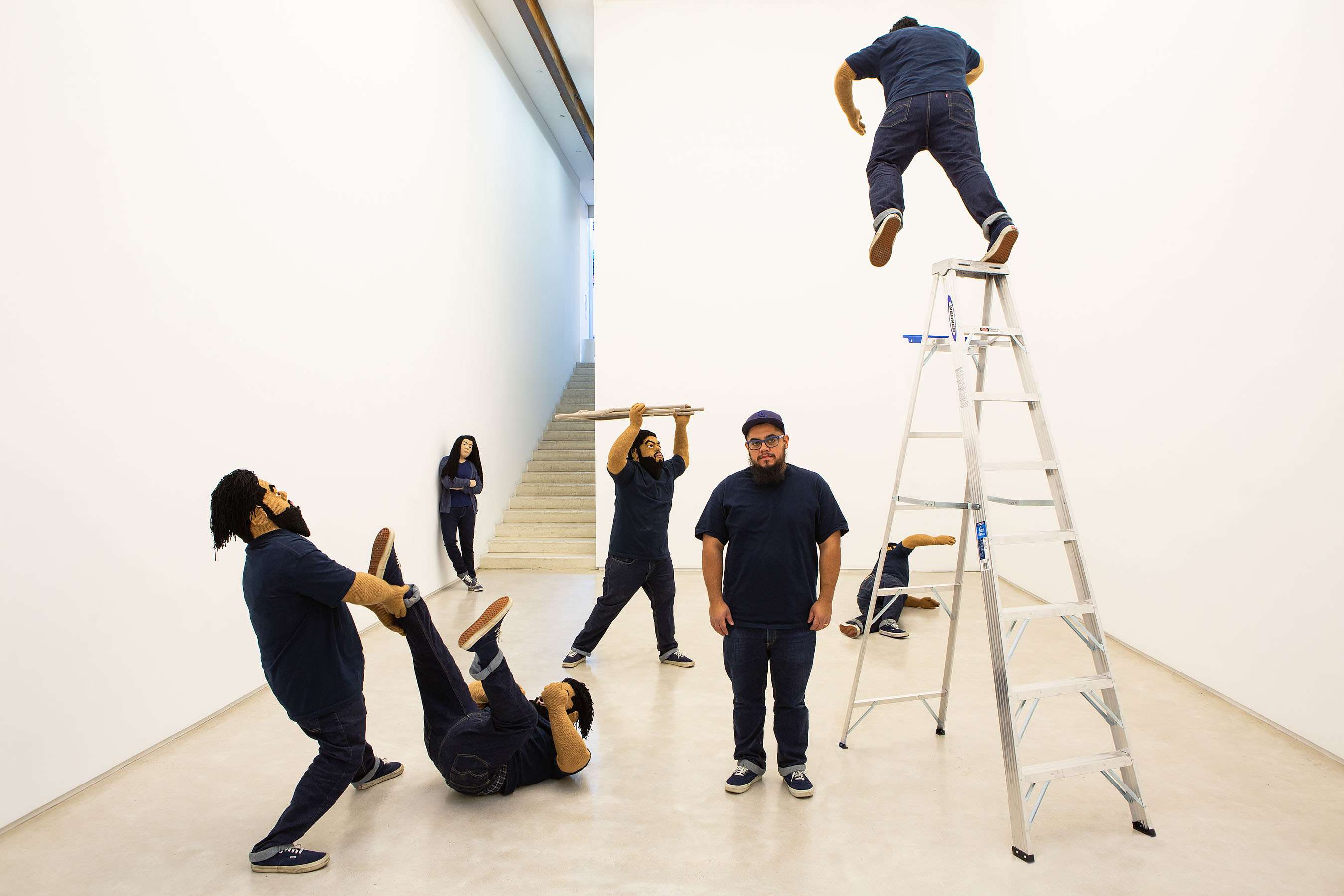 Luis Florez in his exhibition Another Thing You Did to Me at Salon 94 Bowery, 2019

Luis Flores (b. 1985, Los Angeles) work ranges from sculpture, installation, and video performance to painting and drawing. Uniting these dynamic practices is his interest in the visualization of gender, masculinity, and sexuality. Flores' approach to art making involves a deliberate combination of the mechanics of self-portraiture and fabric material. His life-size soft sculptures, constructed with hand-crocheted yarn are like doppelgängers, whereas his small-scaled crocheted works, such as Cusi, or caste sculptures, such as Venus, are re-imaginations explorations of art history. Flores’ work continually taps into a limited engagement with and access to emotions as a hallmark of masculinity, race in America, and gender expectations and stereotypes.Flores processes these notions through the form of his own body, which is in fact constructed by means of a craft often explicitly attached to the female gender.

Luis Flores received his B.A. from the University of California, Los Angeles and his M.F.A. from the California Institute of the Arts. He has had solo exhibitions at Salon 94, New York; Matthew Brown, Los Angeles and at Galerie Hussenot, Paris; His selected group exhibitions include Painting is Painting’s Favorite Food, curated by Alison M. Gingeras, South Etna Montauk, New York; New Images of Man, curated by Alison M. Gingeras, Blum & Poe, Los Angeles (2020); That Land That I Live In, Matthew Brown, Los Angeles (2019); People, Jeffrey Deitch, Los Angeles (2019); MIDTOWN organized by Macarone, Salon 94, Salon 94 Design, New York (2017); EVERYBODY! COME STAND ON THE ALTAR!, PSSST, Los Angeles, CA (2016); and Don't Call Me When You're Rich Or Famous. Call Me When You're In the Gutter, Grice Bench, Los Angeles, CA (2016). Flores’ works are included in the collections of the Hammer Museum, Los Angeles; the University of Chicago Booth School of Business, He will be debuting a new installation for Estamos Bien- La Trienal 20/21 at El Museo Del Barrio, New York (2021).

06.04.2020
Artists of Color Reflect on Own Identities in "Portraiture: A Private Room"
Gabrielle Leung

03.06.2019
Luis Flores Wrestles With Gender By Crotcheting Himself in WWE Mode
Cecilia Nowell