Born in 1993; lives and works in Los Angeles, California

I’ve always found that a plush creature can soothe and comfort. I thought it would be interesting to have these characters embody the human condition so that the tables turn, making the viewer become an accessory of comfort. — Alake Shilling 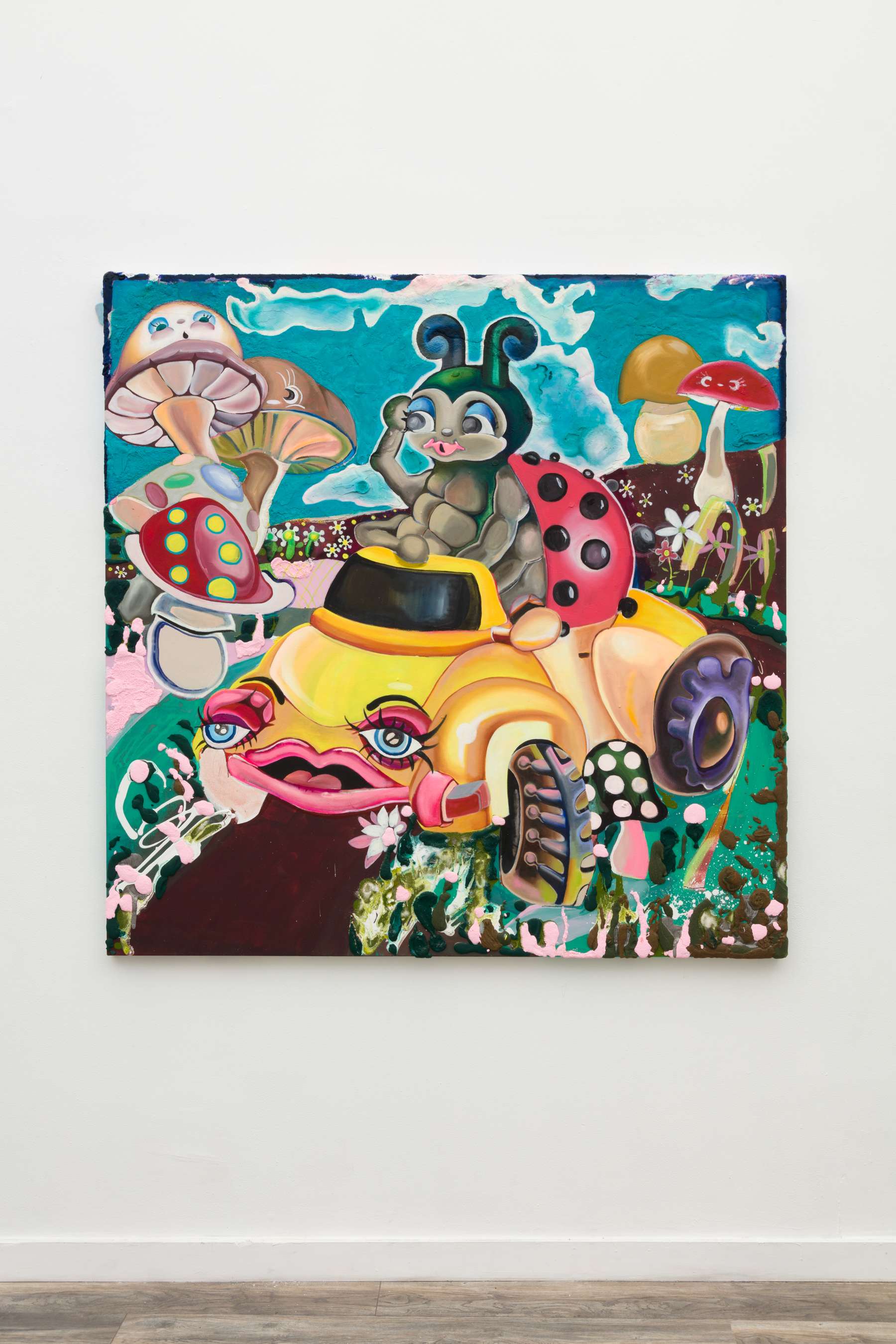 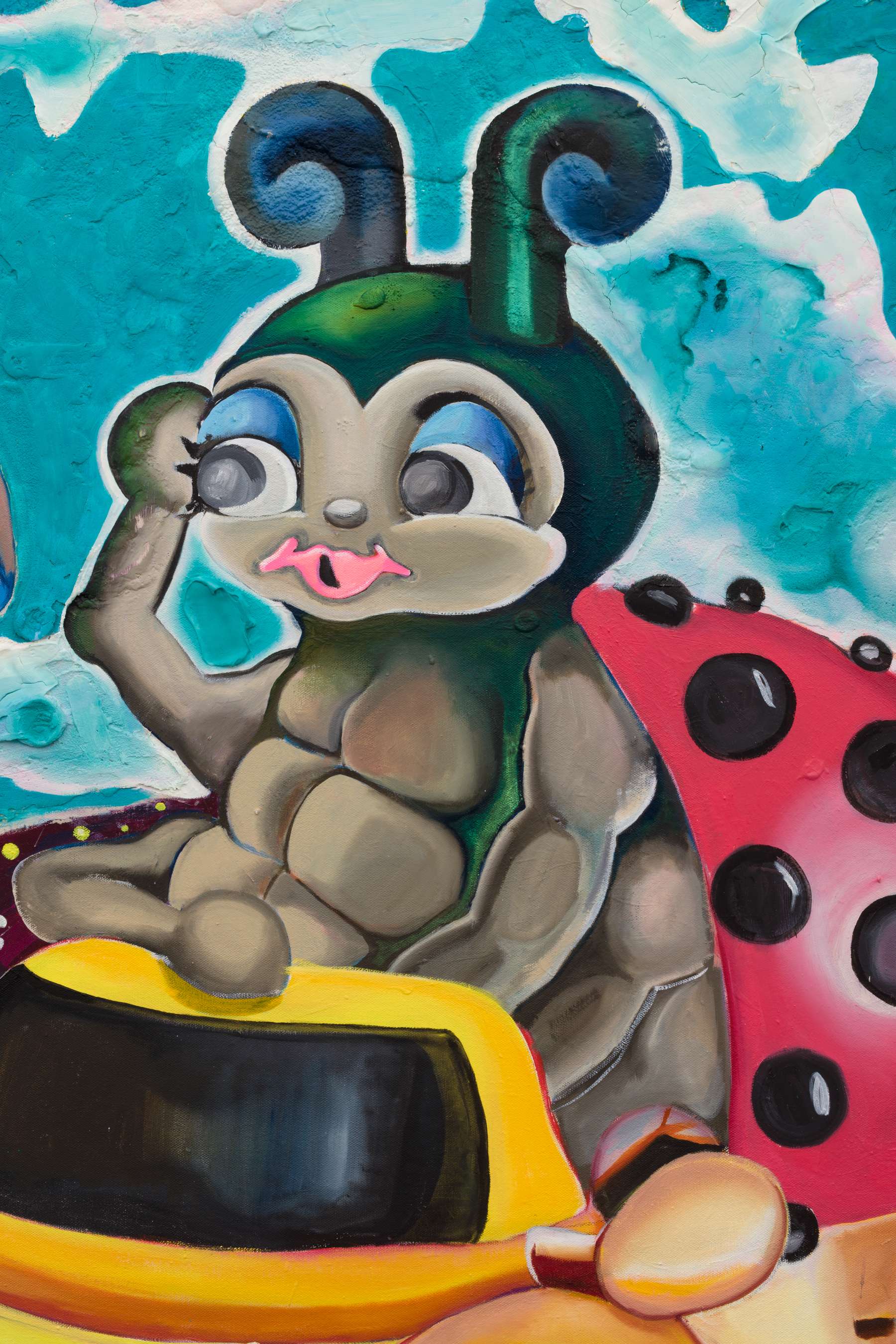 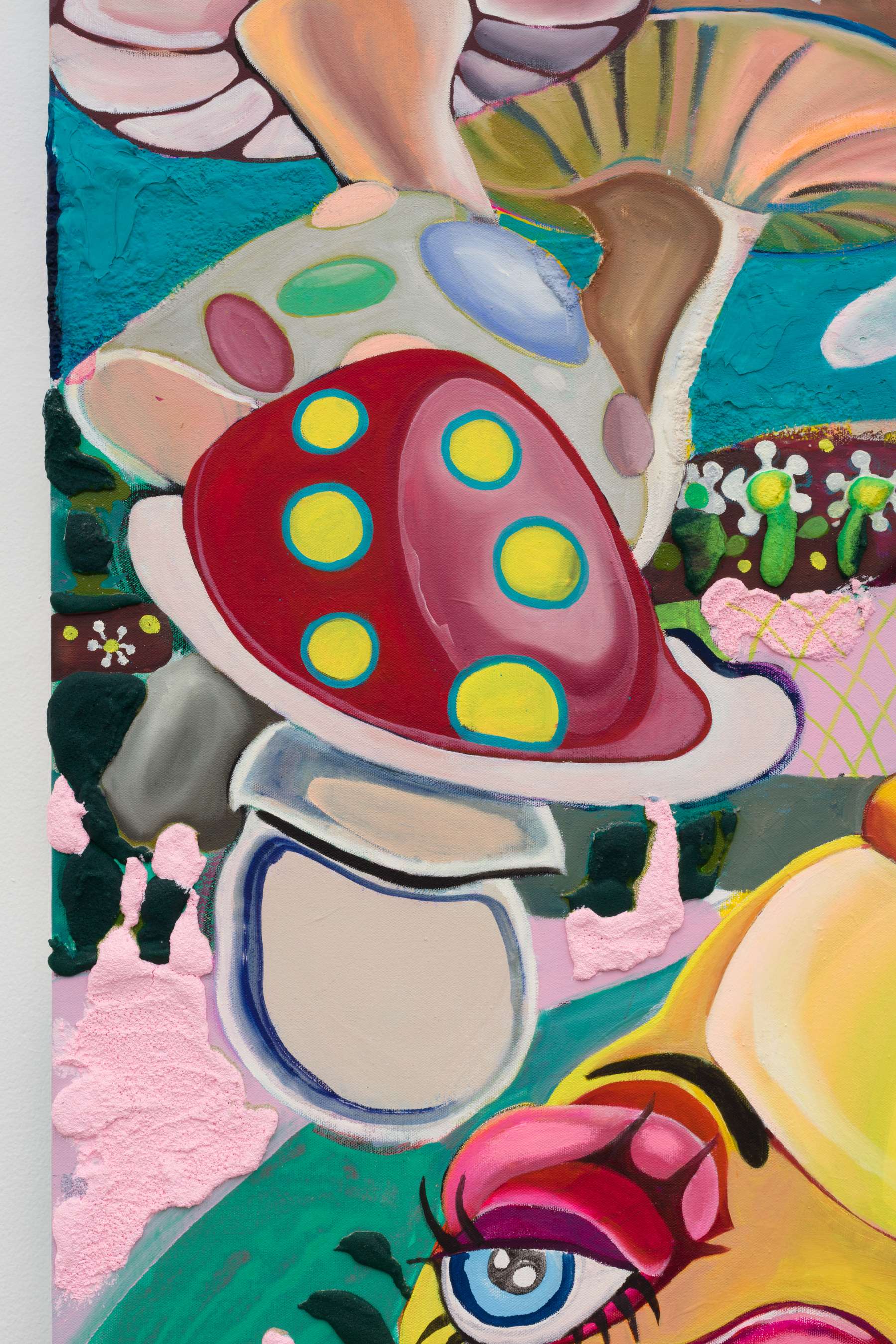 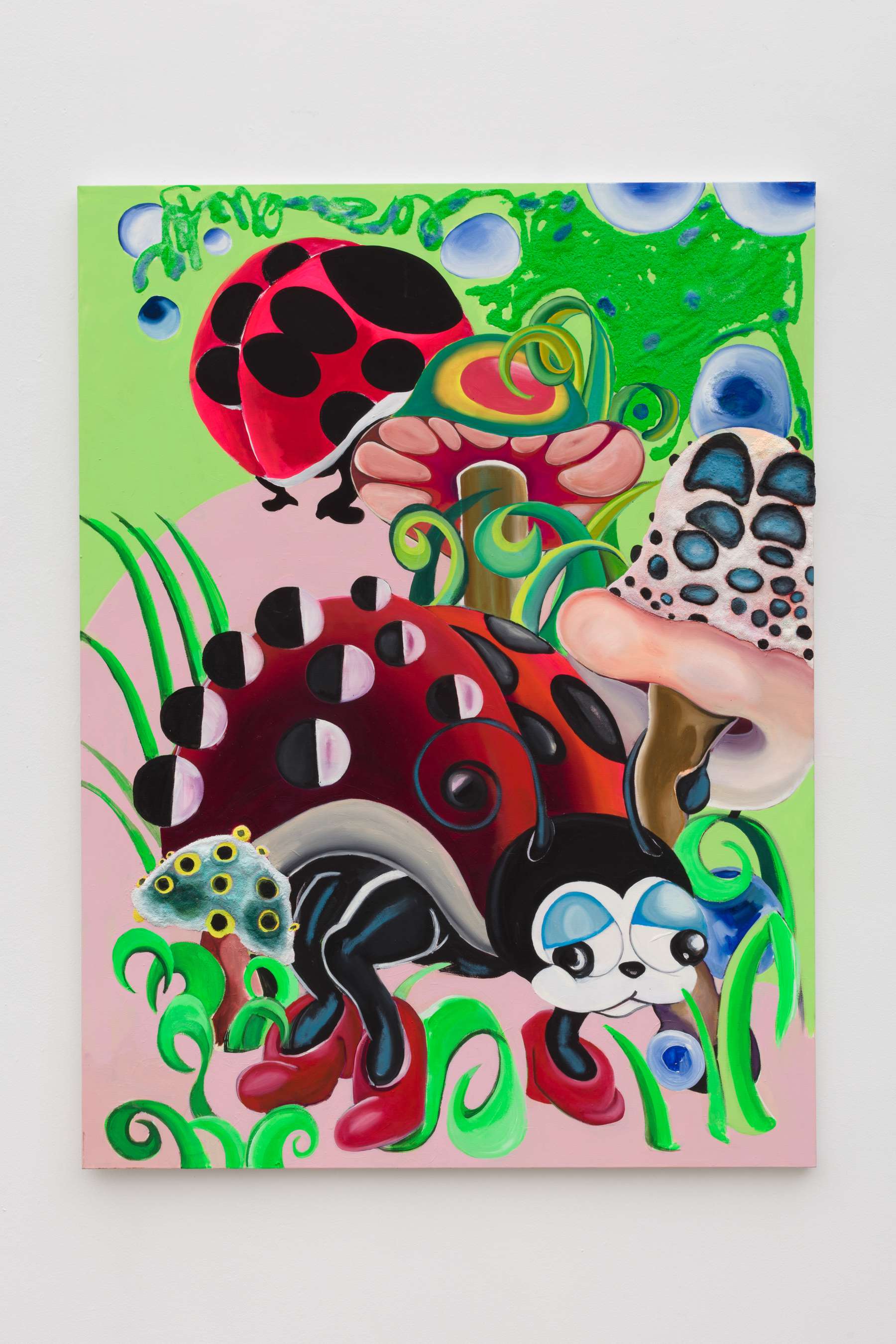 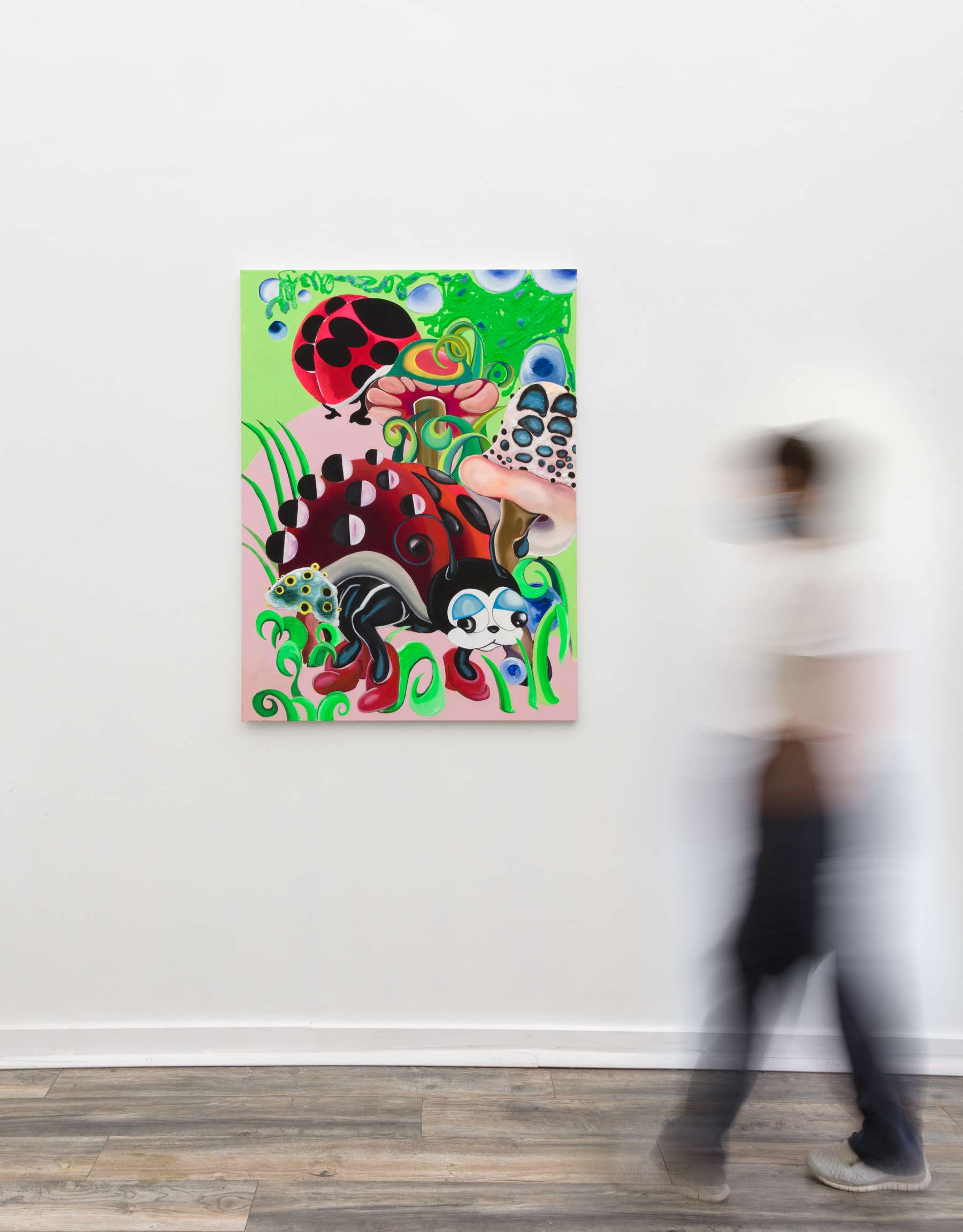 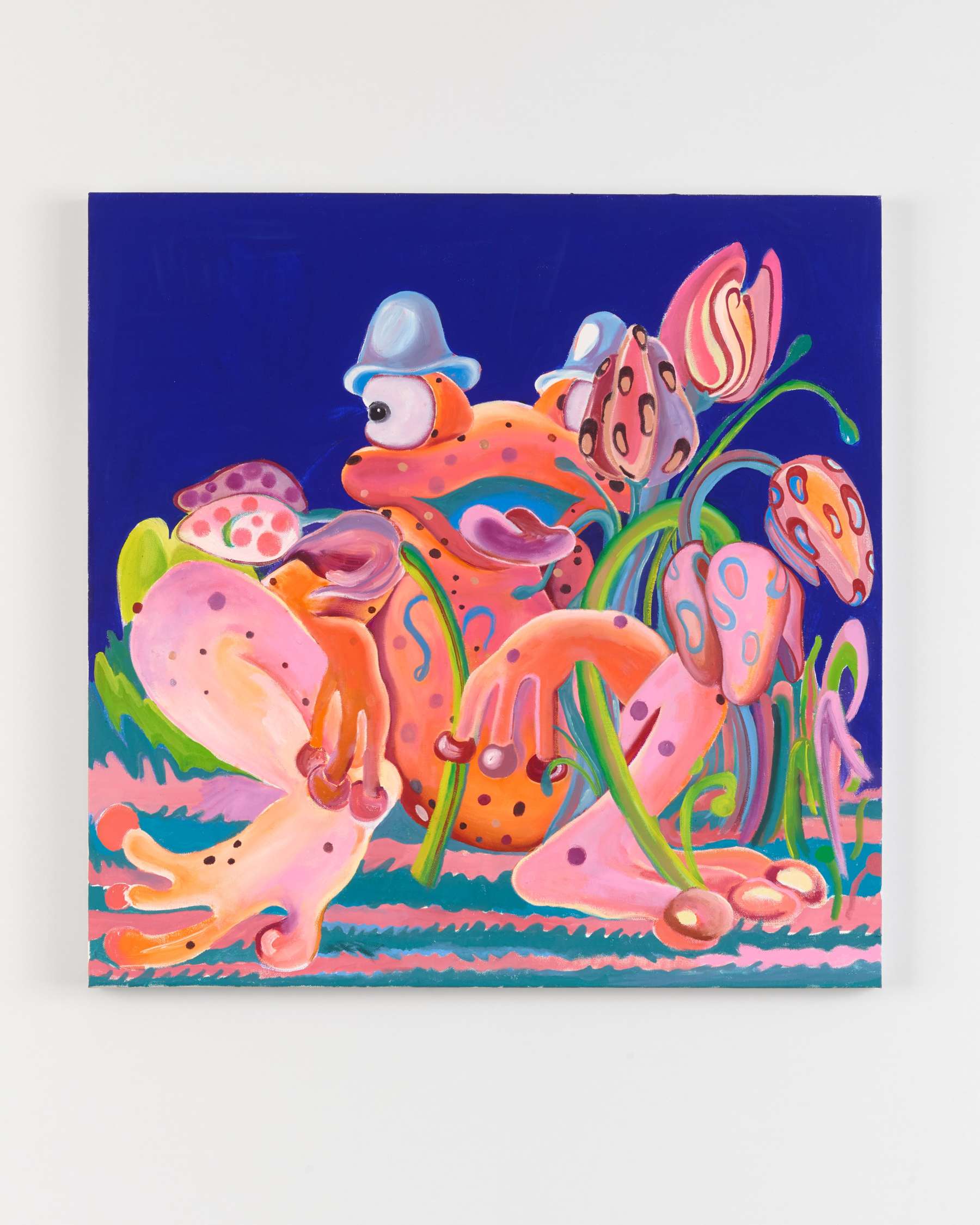 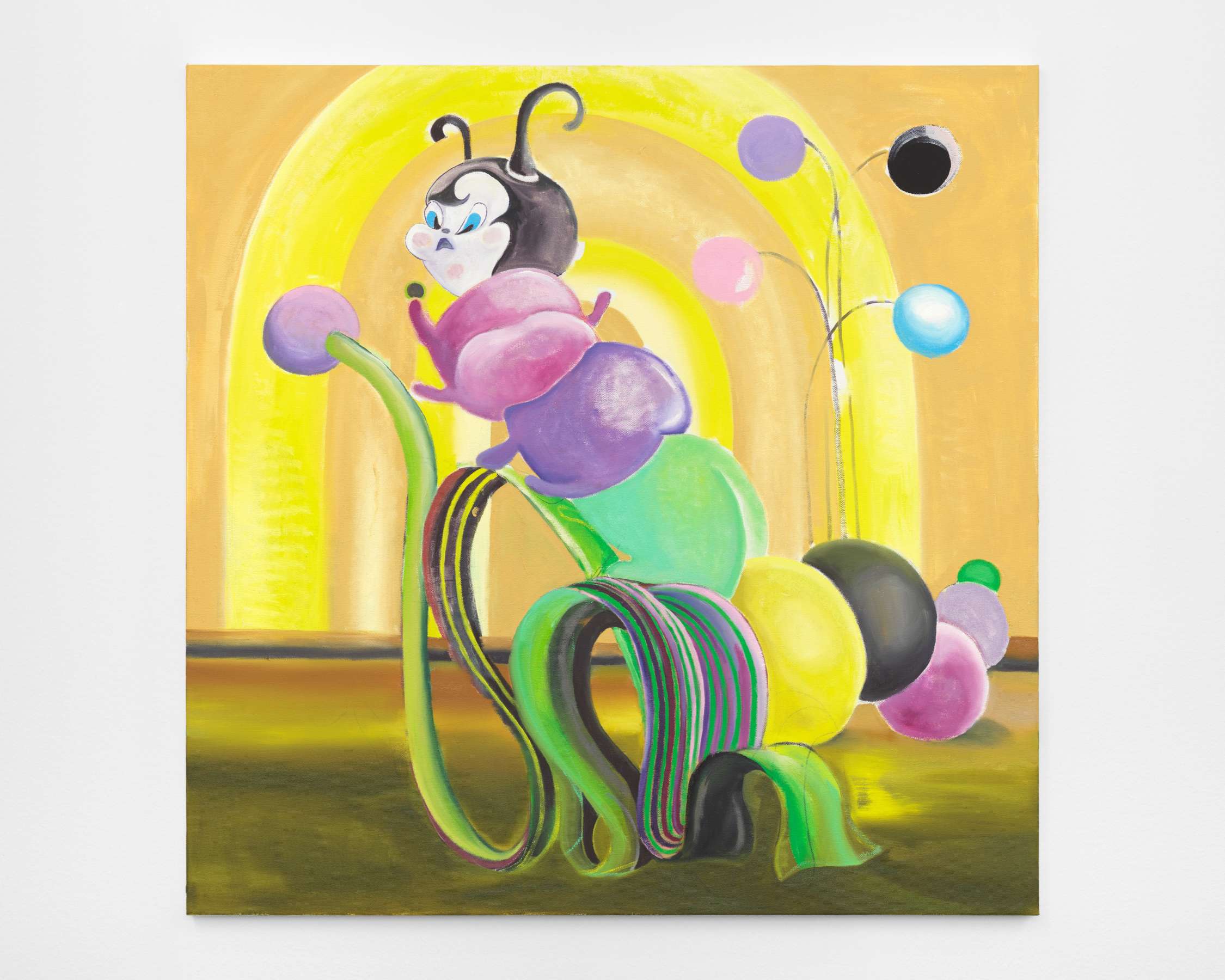 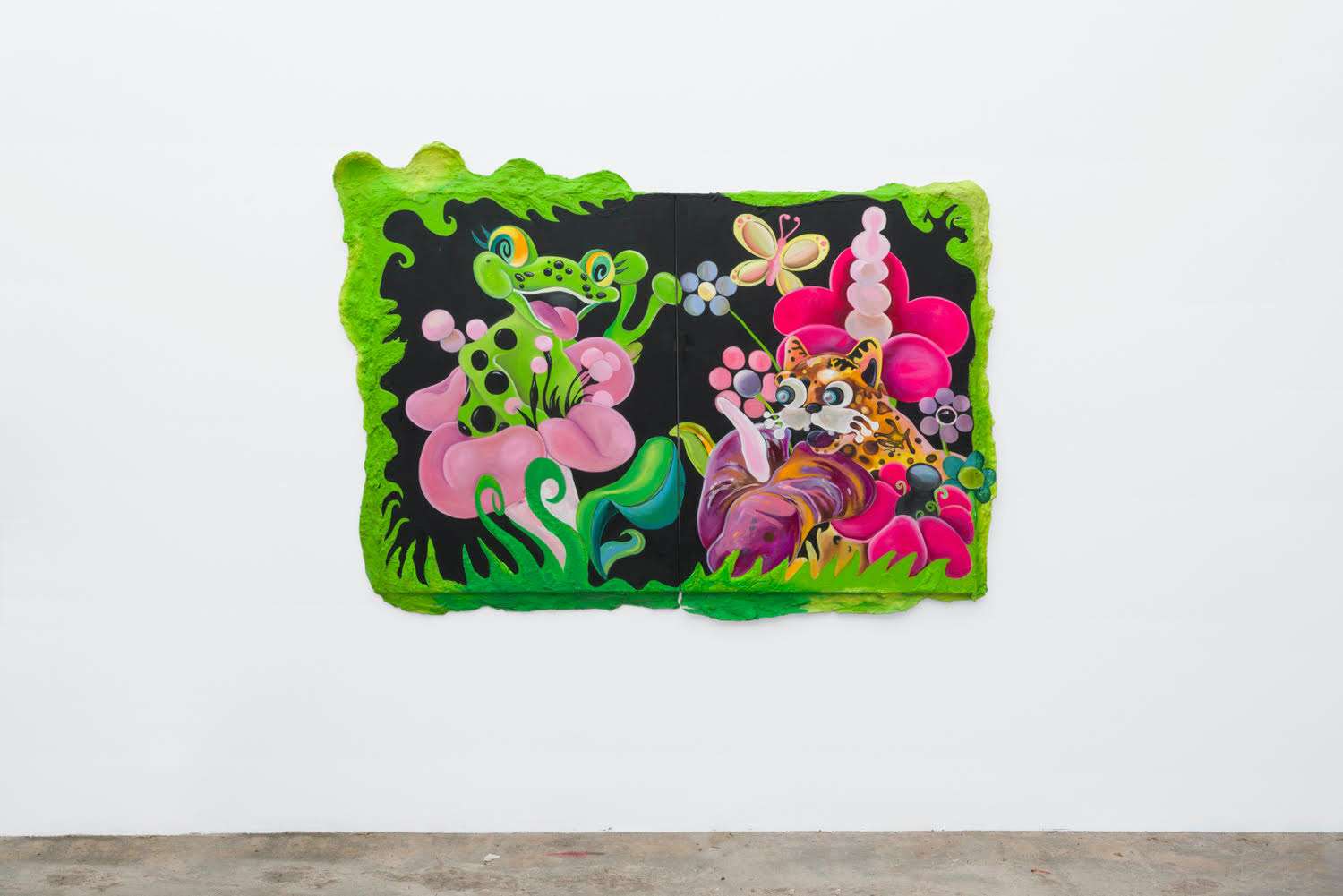 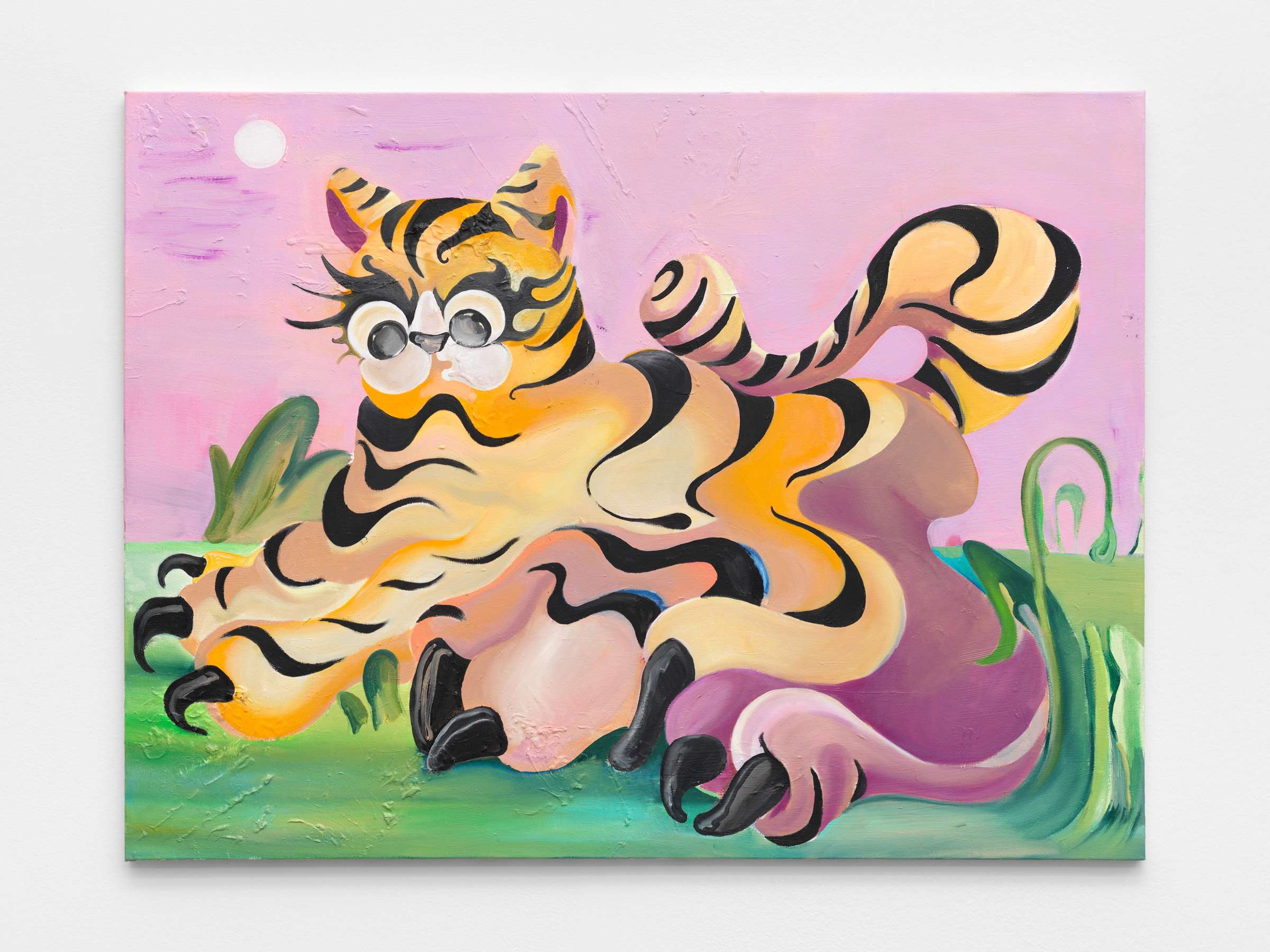 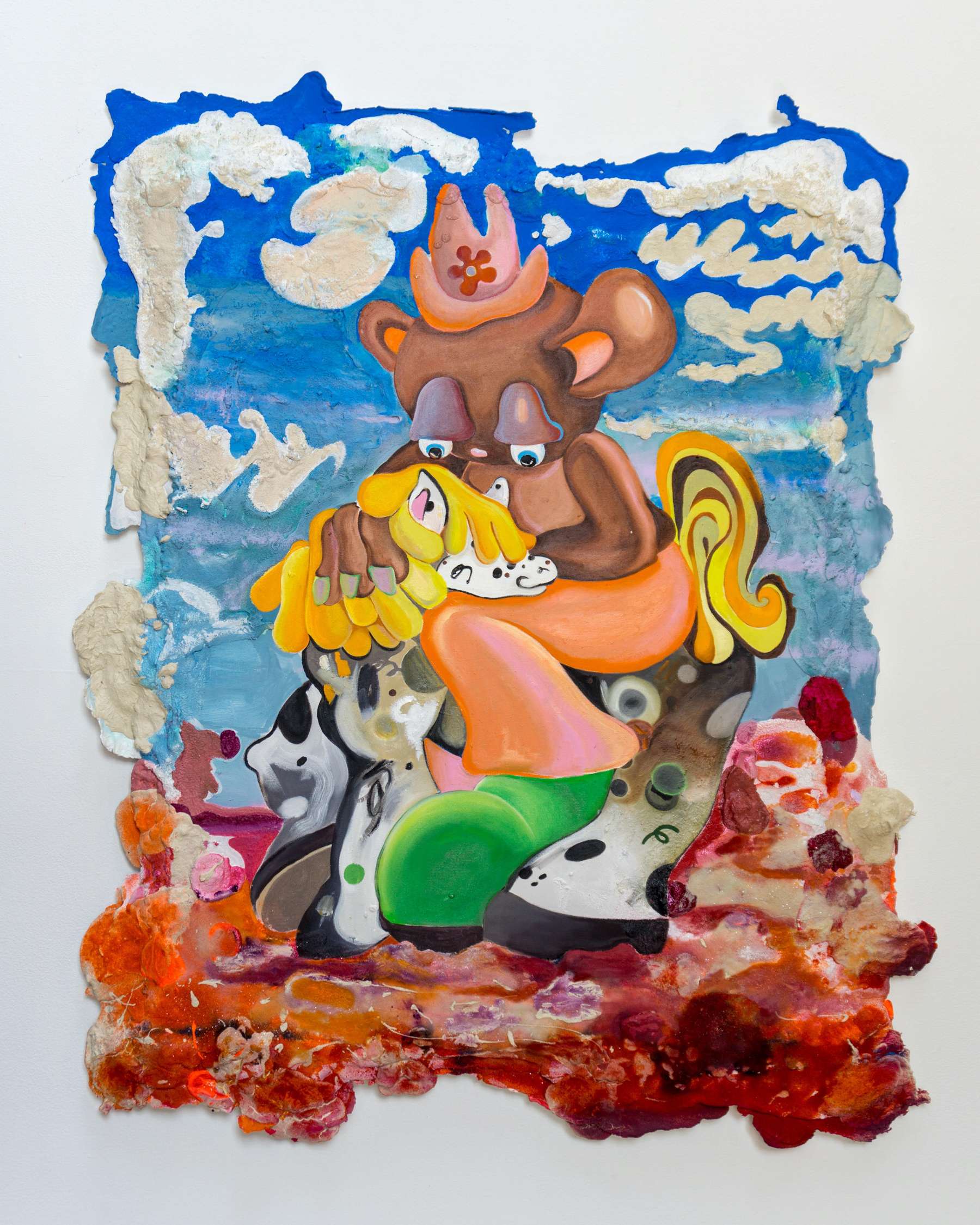 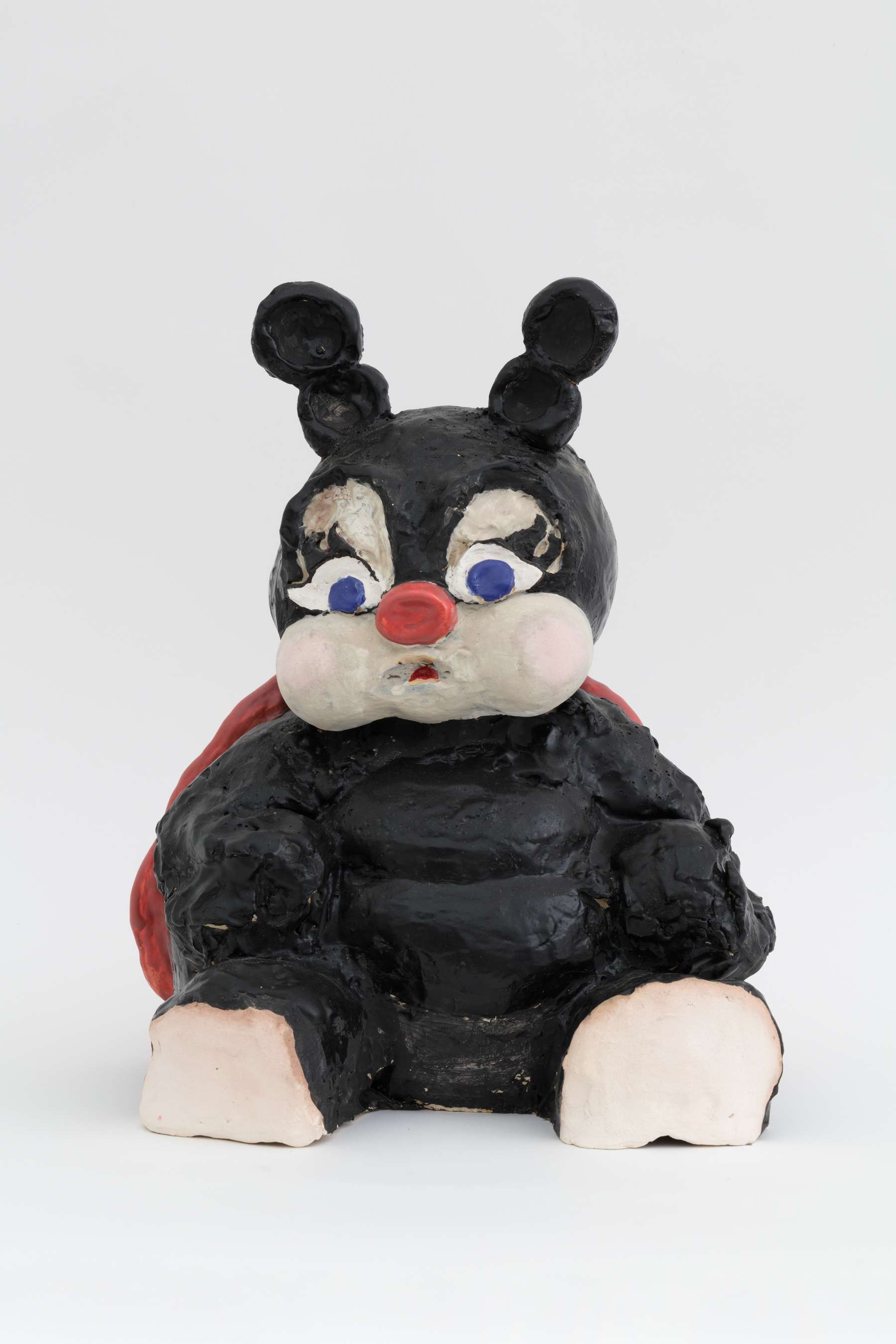 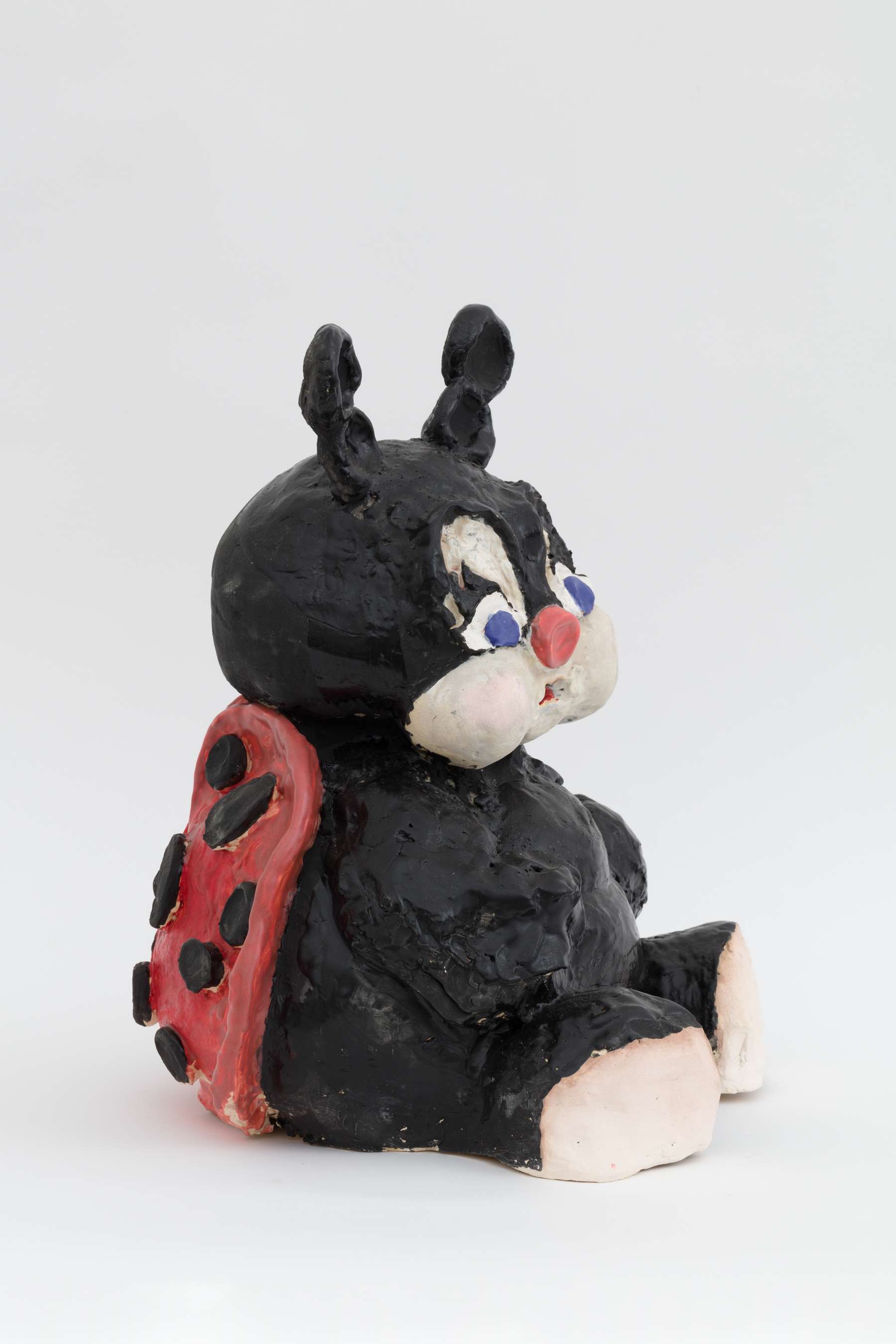 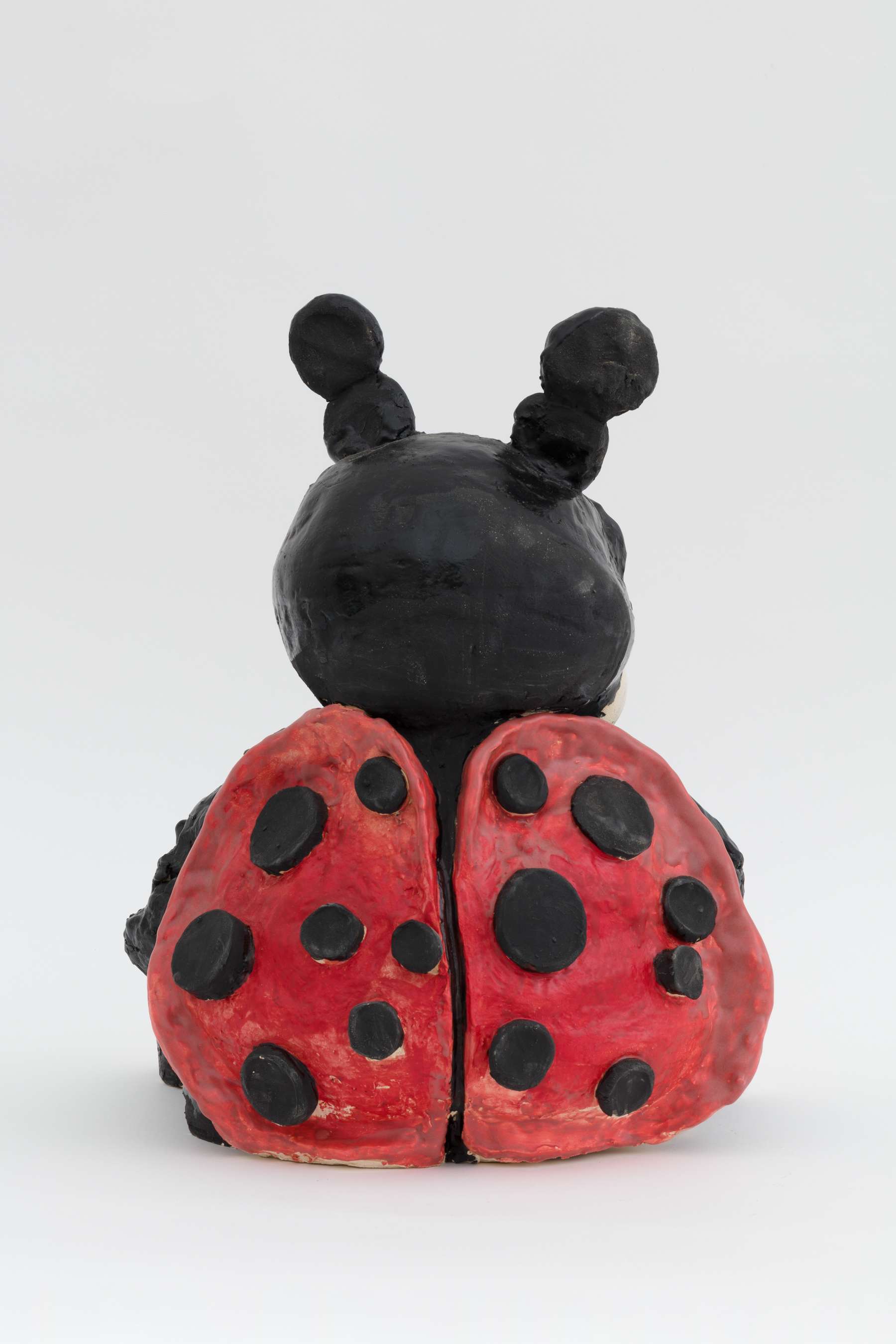 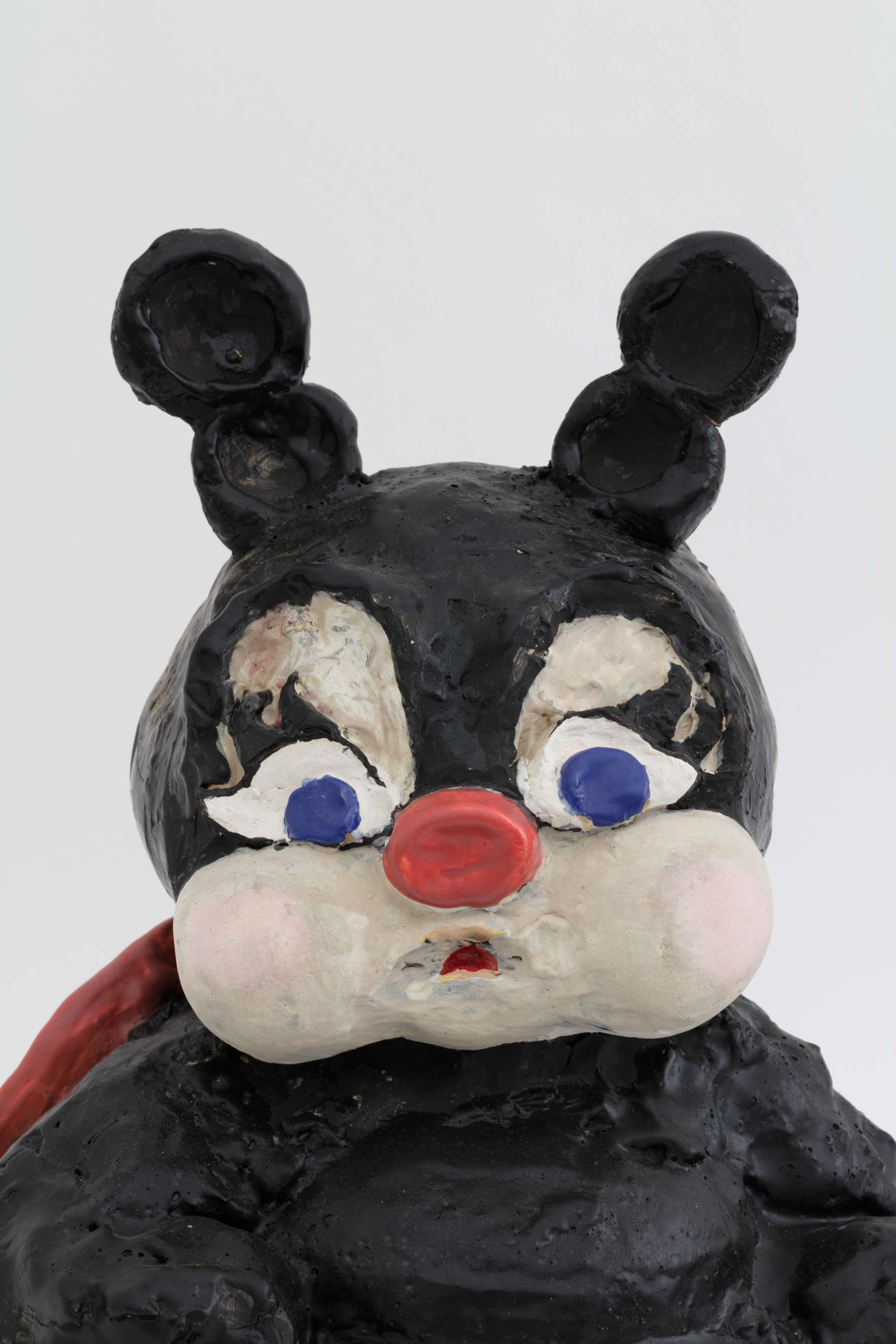 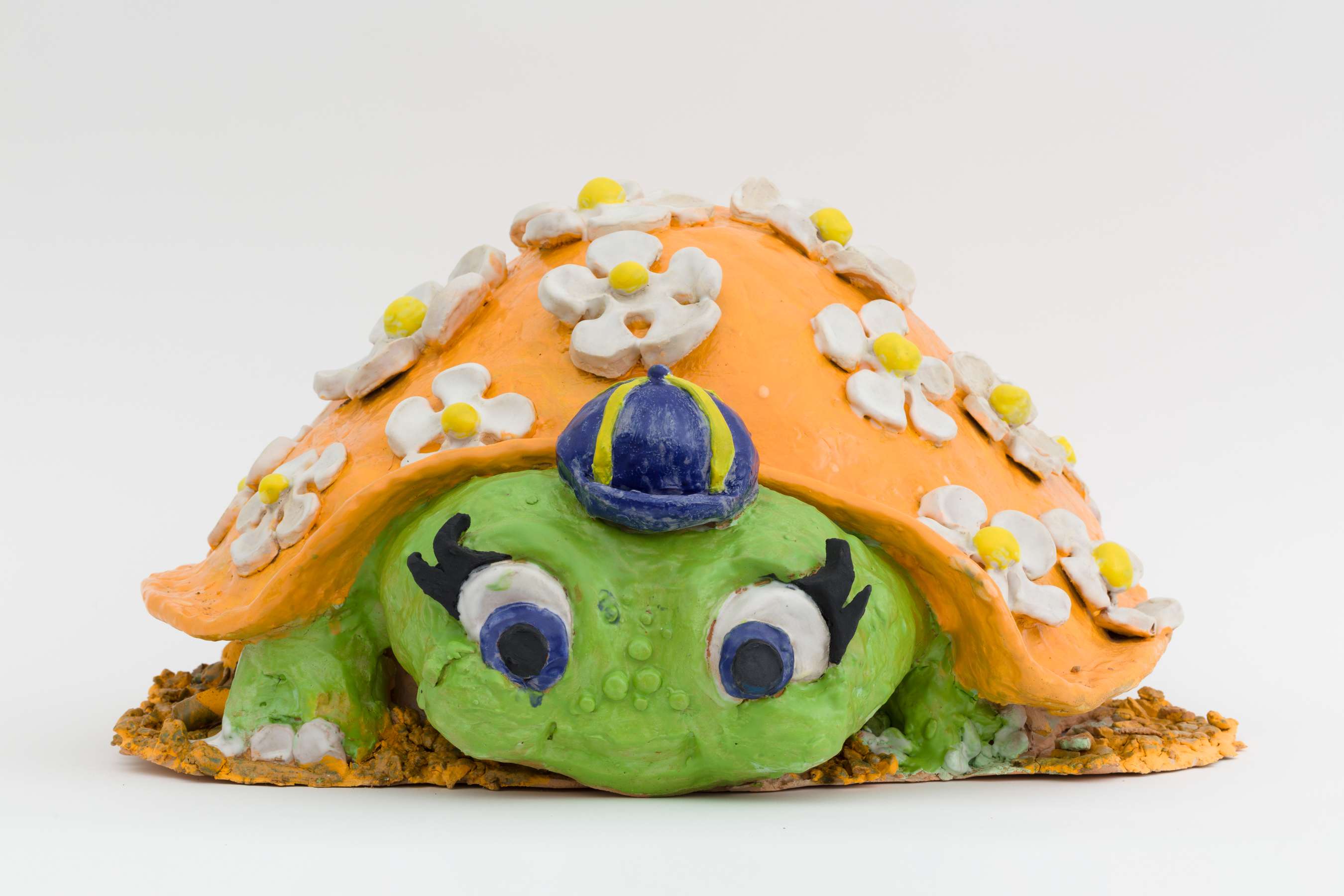 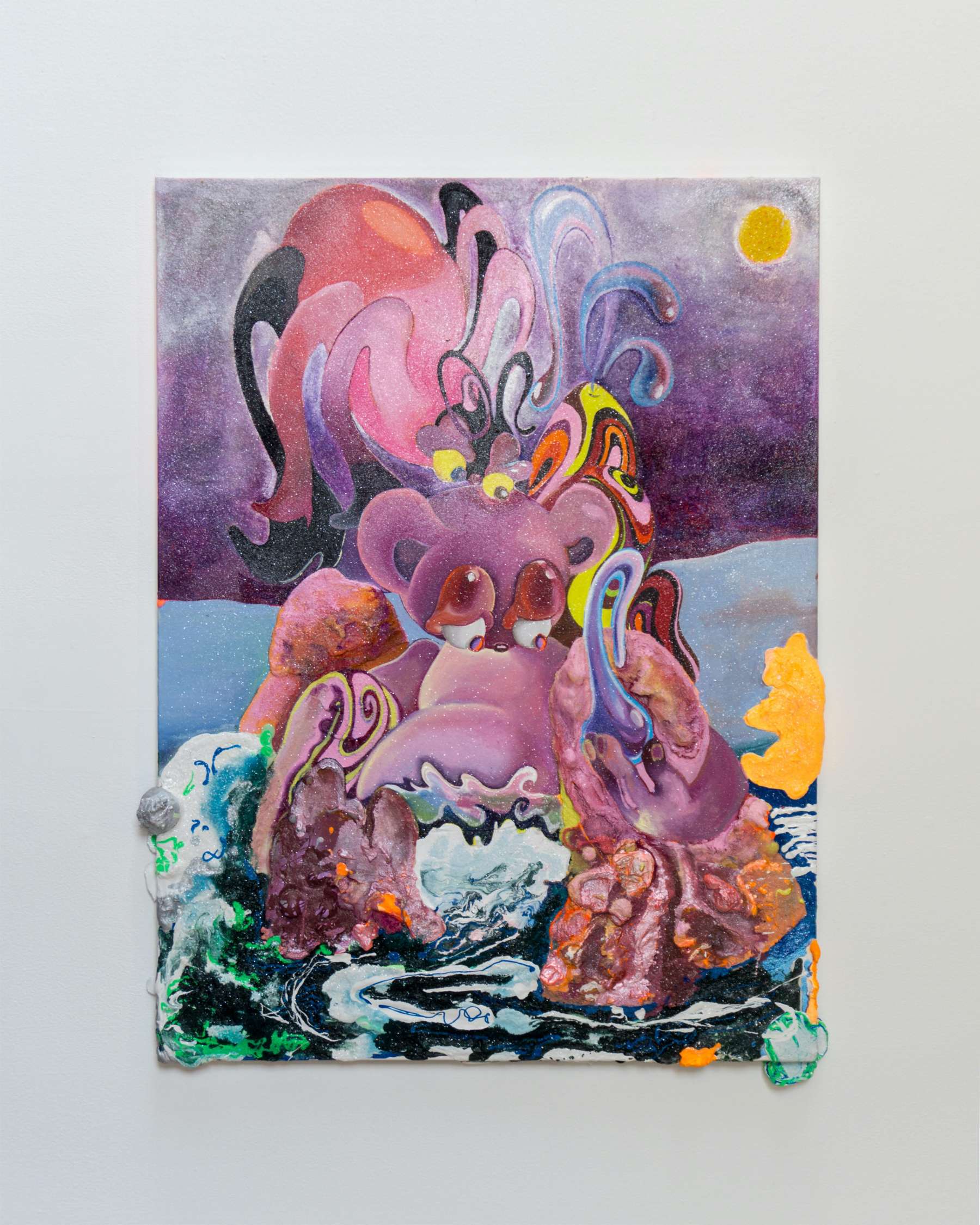 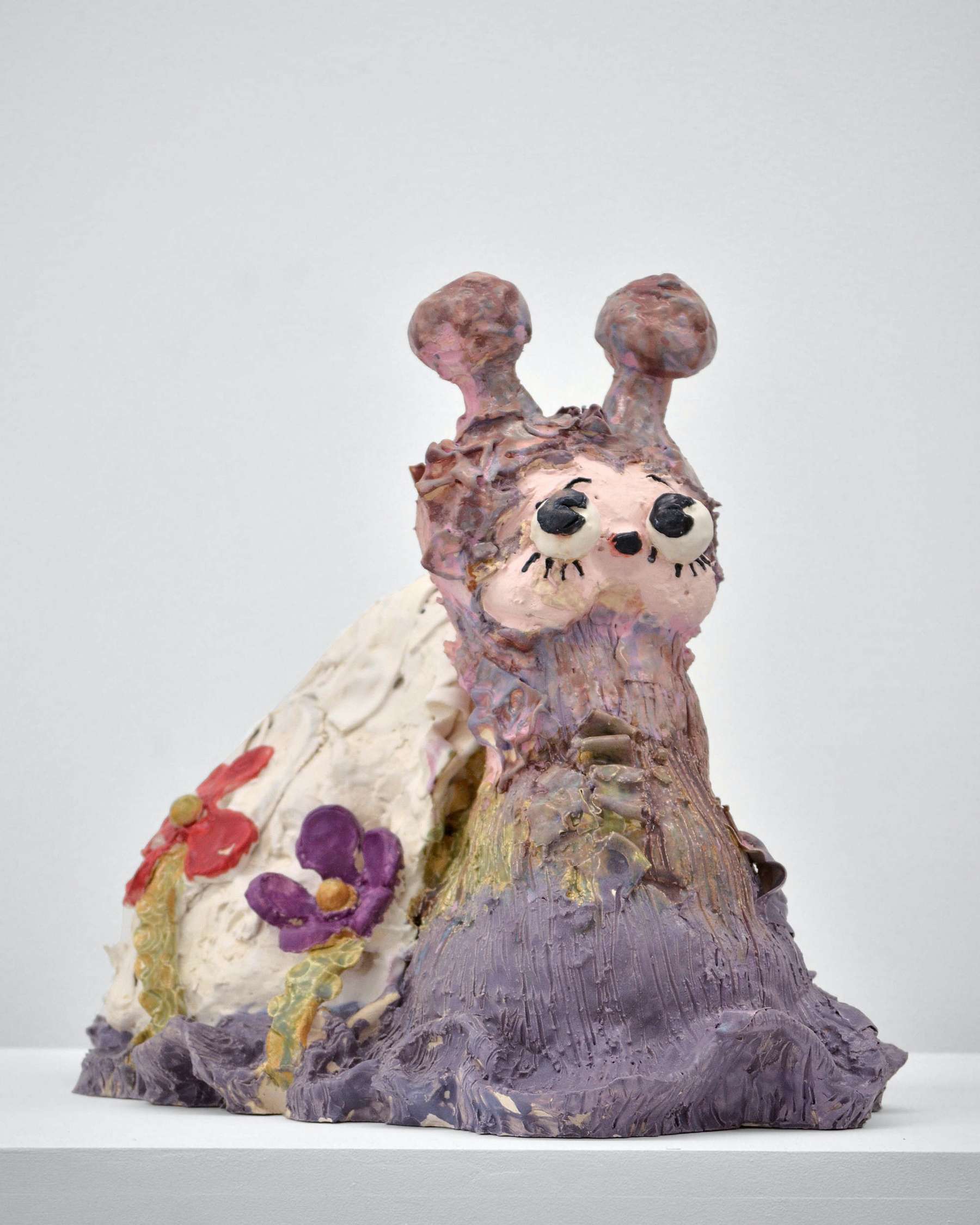 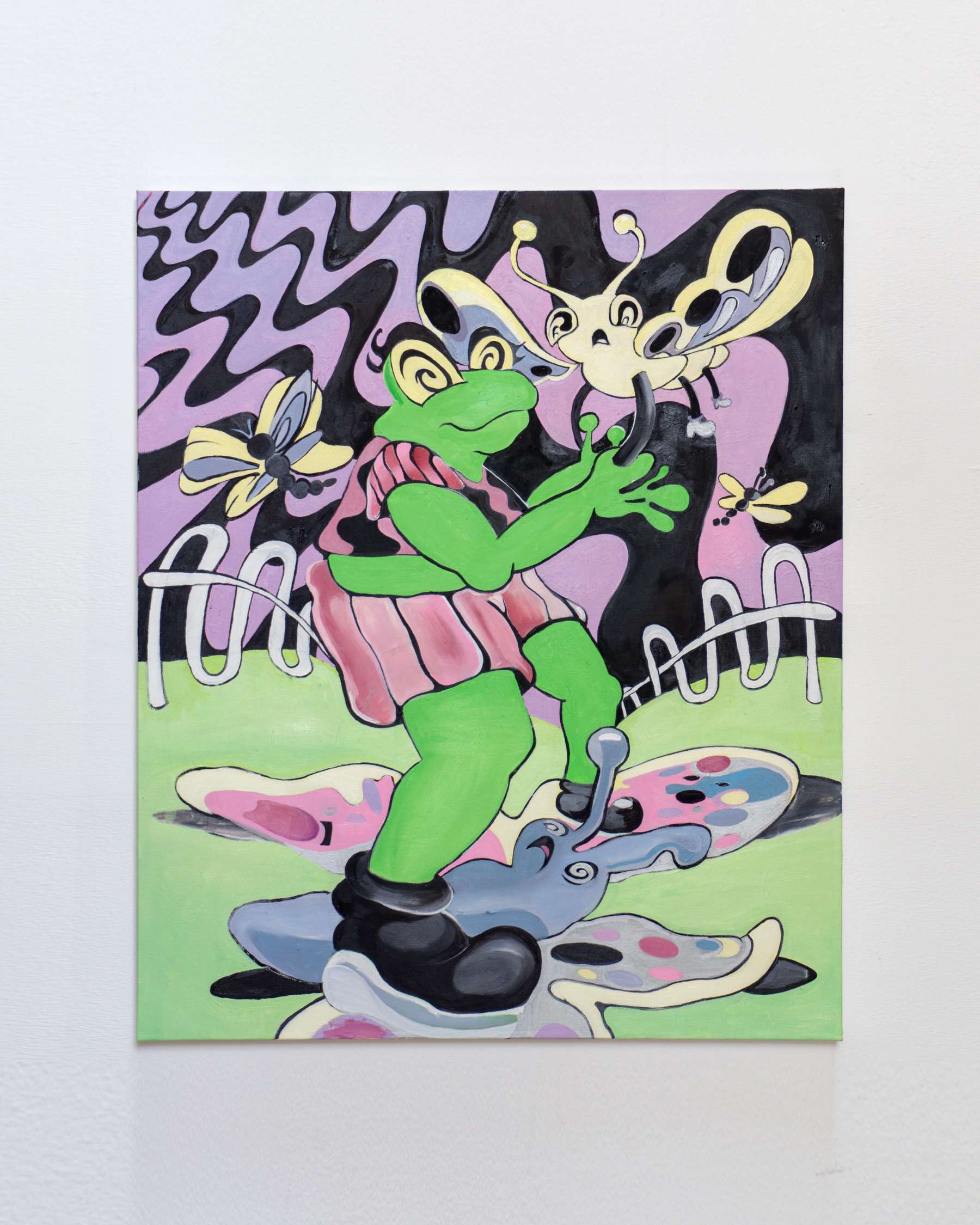 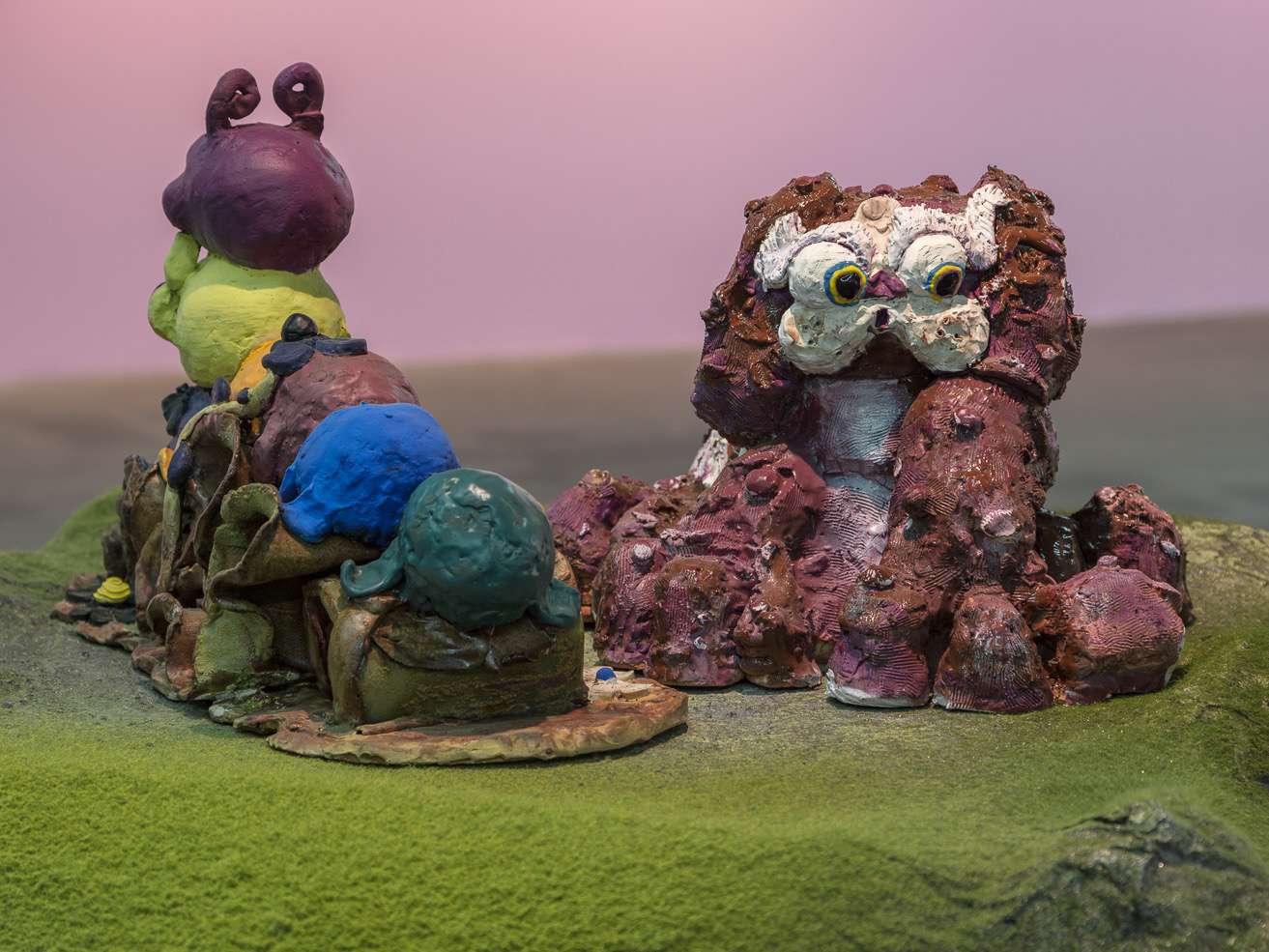 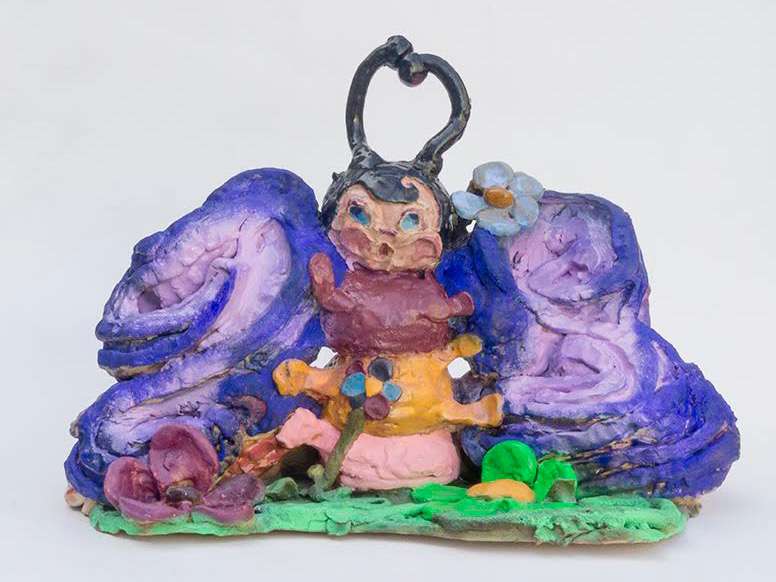 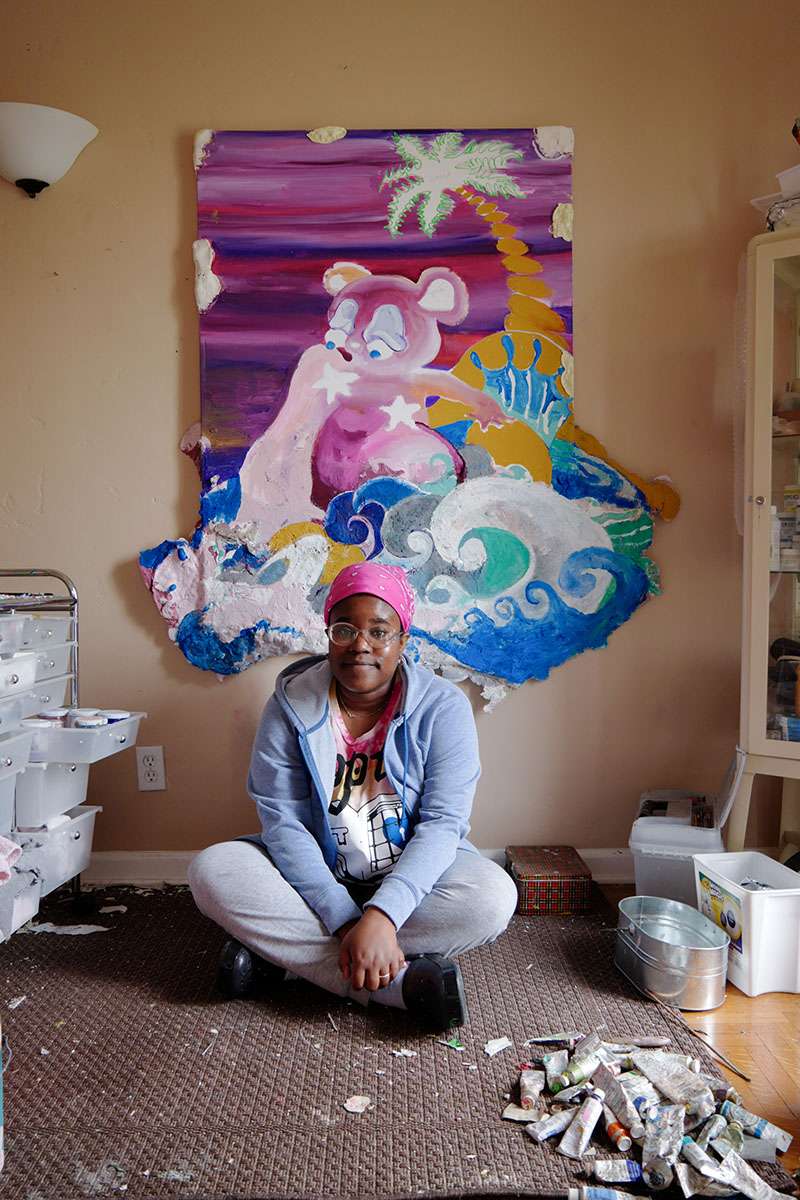 Alake Shilling (b. 1993) is a painter and sculptor based in Los Angeles who creates characters stemming from the artist’s childhood obsession with Lisa Frank and the aesthetic of after-school craft, making the viewer become what she calls “an accessory of comfort.” However, unlike the works of Lisa Frank, Shilling’s painted characters depart from perfection. Imagine if you will, Lisa Frank illustrated with candid empathy. Shilling notes “There is a dialogue between me and each character. The characters are more of an emotion. They embody a feeling.” Shilling takes additional influence from the natural world, collecting images of flowers, many of which are translated into her own visual vocabulary. She listens to Disco as her music of choice, drawing from glittering Disco album covers for inspiration, which appear in surprising moments of texture in her paintings. Shilling’s characters ultimately realize her childhood dream of creating her own visual lexicon of cute animals and plush creatures that were made to soothe and comfort, yet in her world embody the human condition in all of their imperfections. For her process, she starts with sketches on loose-leaf paper. Shilling elaborates “When I was younger, I could sit down and just paint all day—not eat, not go to the restroom, just keep going. [...] I am actually a very slow painter—it takes me a few months to finish one painting, and I think that’s because I have to reflect on the process. My paintings tell me what they want, and I have to listen.”

Alake Shilling attended the School of the Art Institute of Chicago followed by Los Angeles City College. She has had recent solo presentations at 356 Mission and Maitland Foley in Los Angeles. Shilling has been included in group shows at the Hammer Museum, The Rubel Family Collection, Jeffrey Deitch, Karma International LA, and Steve Turner. Her work is included in the collections of the Hammer Museum and The Rubel Family Collection.

04.01.2020
Alake Shilling’s Artworks are a Dose of Hardcore Happiness
Contributor