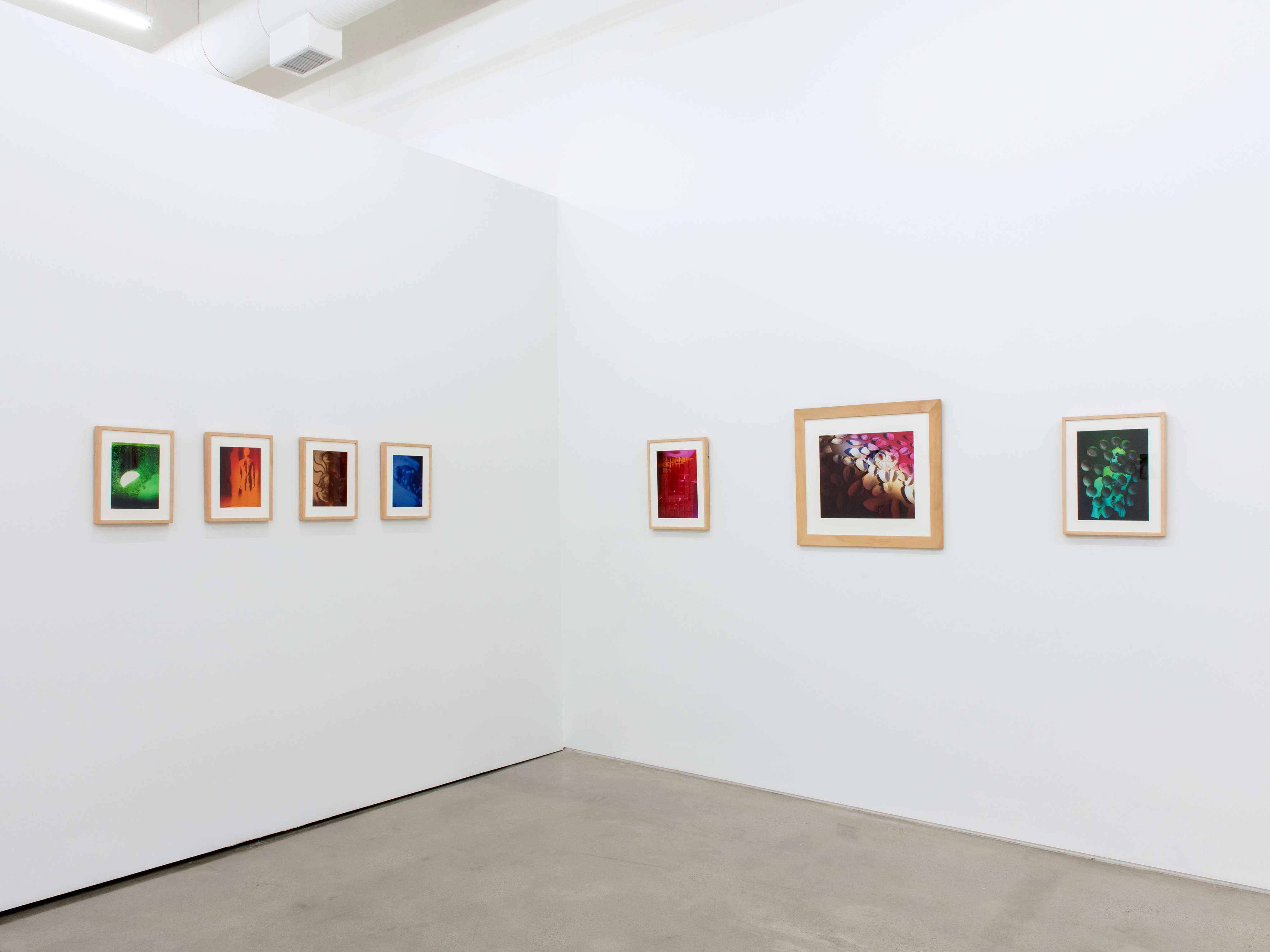 Experimentation, Politics and Sexuality in the work of Jimmy DeSana and Marlon T. Riggs

Griffin Art Projects presents a double solo show pairing the work of two American artists: the fine art photographer Jimmy DeSana, a radical spirit and highly influential voice in the field of photography based in NYC, and the experimental filmmaker and documentarist Marlon T. Riggs, a vocal activist in the fight against HIV/AIDS, whose filmic work primarily explores race relations and sexuality. The exhibition will be accompanied by a screening program of Rigg’s oeuvre in partnership with The Cinematheque during the opening week.

For the first in time Canada, GRIFFIN presents a large selection of works by DeSana, spanning from the early seminal series of B/W photographs self-published in ”101 Nudes” at the age of twenty, until the later experimentations in the darkroom that intensified as his AIDS condition progressed. Alongside DeSana’s photography, the first exhibition display is dedicated to filmmaker and documentarist Marlon T. Riggs. On show will be documentary material focusing on his relations to Vancouver, and his planned, but never realized, project with VIVO Media Arts, as well as photos by Lyle Ashton Harris, and clips of Riggs’ most famous filmic work and the documentary I Shall Not Be Removed: The Life Of Marlon Riggs, a compassionate portrait of the artist by Karen Everett.

This exhibition project continues the mandate of Griffin Art Projects’ focus on collecting, examining in this case, what it means to be the steward of an artist’s archive and legacy. The exhibition has been organized in collaboration with photographer Laurie Simmons (Jimmy DeSana) and documentary filmmaker Vivianne Kleiman (Marlon T. Riggs), close friends of the artists who now oversee the artists’ archives and collections and whose work has been crucial in the honouring of their legacies. Both have loaned works from their collections and/or provided guidance and expertise for the project.

Marlon T. Riggs, 1957-1994, was a Black gay writer, filmmaker, educator and social activist. Riggs graduated with honors from Harvard University in 1978 and from the University of California, Berkeley, with a master’s degree in journalism in 1981. Throughout his career Riggs produced, wrote and directed several innovative and provocative documentary films that examine Black identity and the role of African Americans in the United States, including titles such as Ethnic Notions, Tongues Untied, and Color Adjustment. Riggs did not live to see the completion of his final film, Black Is… Black Ain’t. He died on April 5, 1994 of an AIDS related illness. Riggs’ exhibition is complemented by a series of photographic portraits by Lyle Ashton Harris, who collaborated with the filmmaker prior to his death.

Jimmy DeSana, 1949-1990, was an American artist who came of age in the 1970’s in New York City, alongside fellow artist-photographers Cindy Sherman, Nan Goldin and Laurie Simmons. With over a dozen solo exhibitions during his lifetime, DeSana’s monograph, Submission (Scat Publications, 1979), is considered an essential photographic publication of the era. Throughout his career, DeSana’s work was featured in over fifty group exhibitions including the seminal 1981 P.S1 exhibition New York/New Wave. DeSana died in 1990 from an AIDS related illness. His work continues to be exhibited and acclaimed nationally and internationally.

This exhibition is part of the 2020 Capture Photography Festival Selected Exhibition Program.