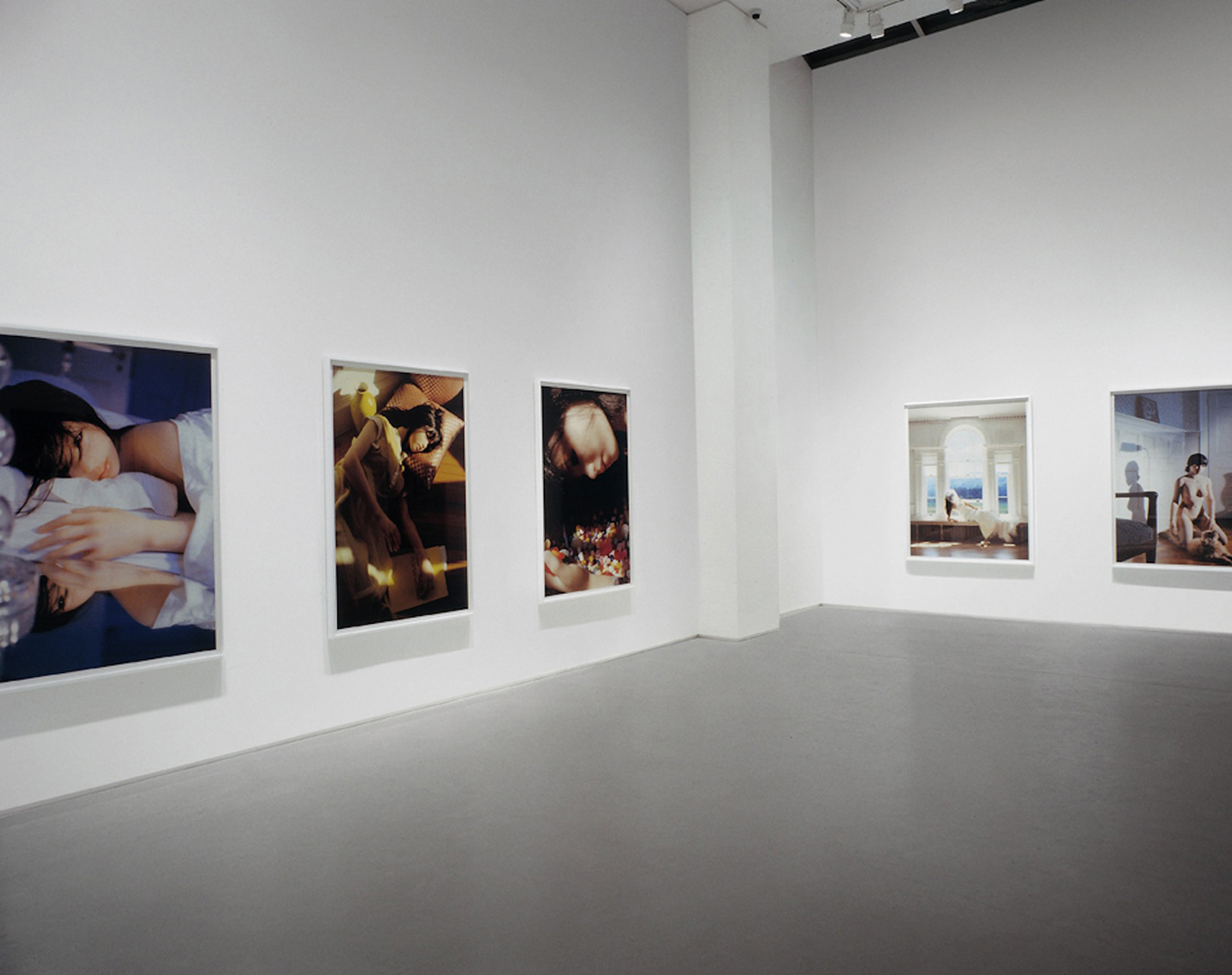 Salon 94 is proud to announce an exhibition of new work by internationally celebrated artist Laurie Simmons, curated by Fabienne Stephan. The Love Doll: Days 1-30 will be featured on the Bowery, inaugurating Salon 94's renovated gallery.

In the fall of 2009, Simmons ordered a customized, high end Love Doll from Japan. The doll, designed as a surrogate sex partner, arrived in a crate, clothed in a transparent slip and accompanied by a separate box containing an engagement ring and female genitalia. Simmons began to document her photographic relationship with this human scale "girl". The resulting photographs depict the lifelike, latex doll in an ongoing series of "actions", shown and titled chronologically from the day Simmons received the doll, through to the present. The photos reveal the relationship Simmons develops with her model. The first days depict a somewhat formal and shy series of poses with an ever increasing familiarity and comfort level unveiled as time passes. A second doll arrived one year later. This new character, and the interaction between the two, reveal yet another dynamic in composition - both formally and psychologically.

In search of a stage for her Love Doll, Simmons turned to her own home, transforming it into an artfully staged, color coordinated, oversized dollhouse. The Love Doll series is not only a reminder of Simmons' past examinations of the dollhouse, but also engages with adult fantasies and fetishes, infused with an even more potent sense of desire and regret.

Widely known for her work with human surrogates (dolls, puppets, cut outs, etc), this body of work is Simmons first attempt to portray a life-sized non-human subject. A central figure in the Pictures generation, artists who came to prominence in the late Seventies and early Eighties, Simmons’ work has been featured in major international museums and collections for over three decades. Her Objects on Legs remain iconic photographs from this time.

This past year, ArtForum cited the artist's "dreamlike evocations of post-war domestic suburban ideals" as "the" baby-boomer art "par excellence."

The Love Doll: Days 1-30 opens at the gallery's newly completed Bowery location on February 15th. The Rafael Vinoly designed space has been the site of several gallery exhibitions during construction. The opening of the Simmons show will mark the official unveiling of the finished gallery to the public, a first for the star architect. Works by Simmons may also be viewed at Salon 94, uptown.