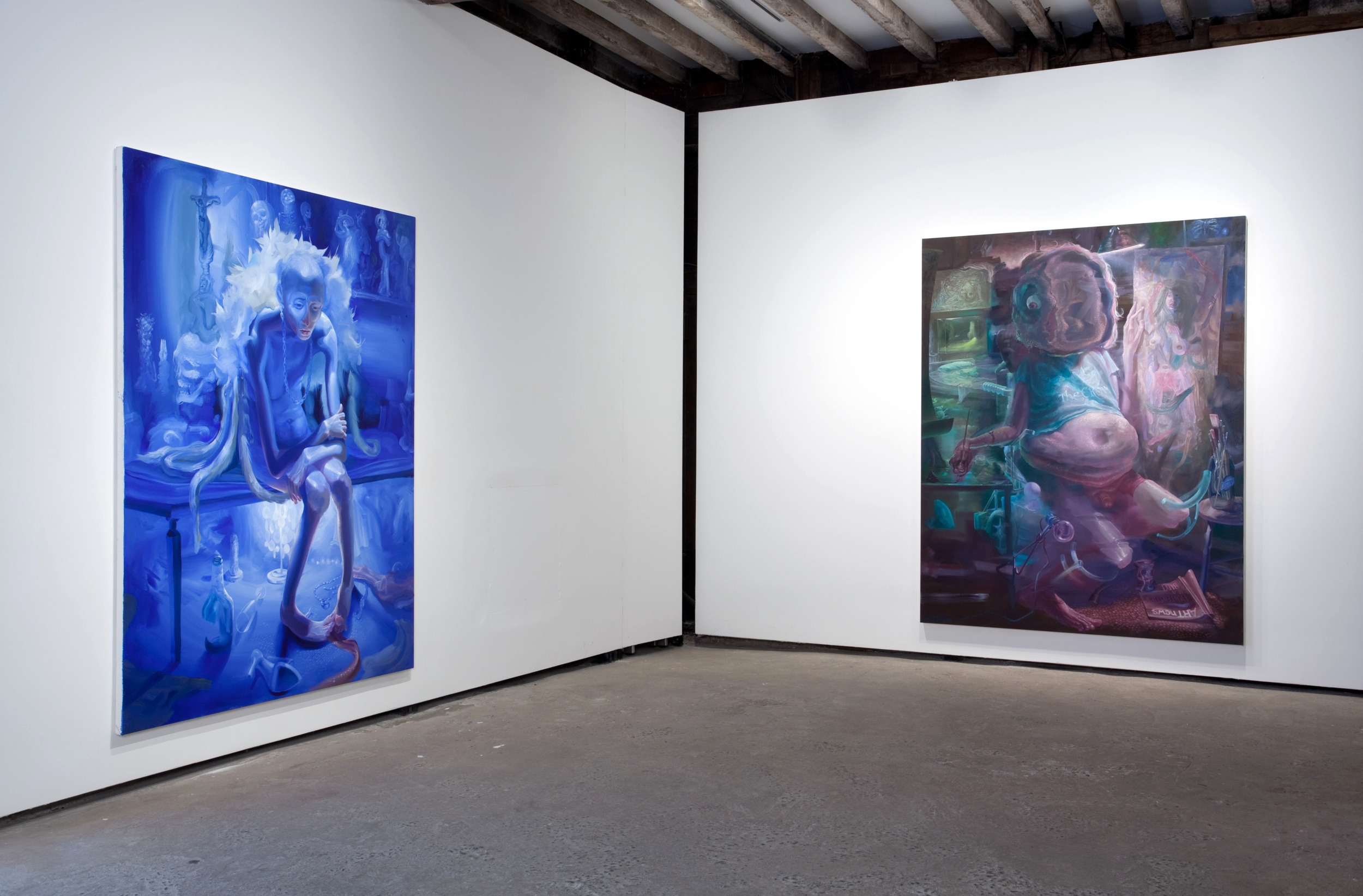 Salon 94 Freemans pleased to present “The Damned,” an exhibition of new paintings and drawings by Gerald Davis. It is the artist’s second show with the gallery. In his new work, Davis departs from his focus on adolescent memory and fantasy to explore a more grotesque, terrifying world of his “damned,” a rogues’ gallery of outcasts and other societal miscreants.

Davis’ new paintings stem from his interest in classical portraiture. The Virgin Mary appears as a disheveled urchin selling trinkets on the boardwalk in Venice Beach; she is both pathetic and serene. In The Sleepover, pre-adolescent boys are shaken by Davis’ version of the Venus. The Dollmaker is a self-portrait, with Davis serving as the subverted romantic ideal of the artist intent on his craft. The figures resemble the grotesqueries of late Goya.

While a triptych of drawings displays Davis’ continued use of a monochromatic palette, the new paintings are richer, bolder, and more colorful. The coolness of the earlier paintings is replaced here by a Rubenesque richness, a deft and painterly touch that belies the sometimes disturbing imagery.

Gerald Davis was born in 1974 in Pittsburgh, PA. He Iives and works in Los Angeles. He was included in USA TODAY, at the Royal Academy of Art in 2006, and his work is in the collection of the Whitney Museum of American Art in New York and the Hammer Museum in Los Angeles.