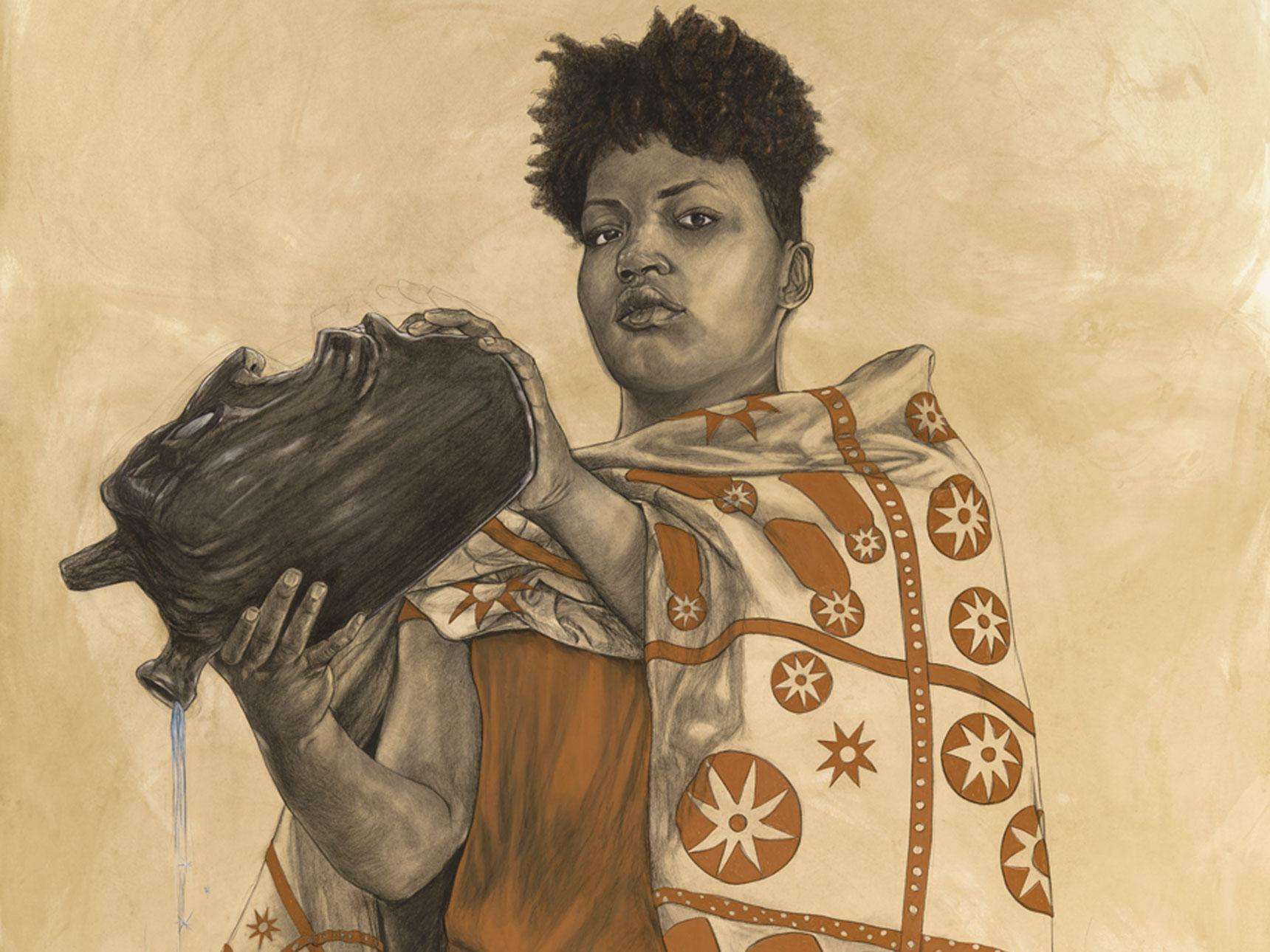 Monumental banners pay homage to the resilience of African aesthetics

For the inaugural installation of the MFA’s “Banner Project,” the Museum invited artist Robert Pruitt to create three large-scale banners to hang from the ceiling of the Linde Family Wing for Contemporary Art. Pruitt is best known for his oversized figurative drawings that explore the diversity of the African Diaspora by juxtaposing contrasting cultural symbols. He has said that most of his works “have some reference to the Past, Present, and Future… This idea is to collapse time.”

For his “Banner Project,” Pruitt depicts members of the local community wearing and interacting with works from the MFA’s collection, including an ancient Egyptian beadnet dress, 20th-century Yoruba wrappers, and an American pictorial quilt by Harriet Powers. The three diptych portraits—titled Birth and Rebirth and Rebirth (2019), Red Starbursts (2019), and Cut Piece (2019)—contain elements that refer to one another. Central to all of the works is a set of 19th-century ceramic face jugs—some of the earliest surviving aesthetic objects produced by African Americans that, to Pruitt, represent an identity and culture in transition.

Each of Pruitt’s banners honors a different generation of Bostonians: Sofia Meadows-Muriel is an Ithaca College student and former MFA intern; Jacqueline Cummings-Furtado is a community leader and advocate; and Brenda Lee has worked as a security officer at the MFA for nearly 40 years.

This is the first of a new series of annual commissions that engages artists to create banners to be hung in the Museum’s Linde Family Wing for Contemporary Art.