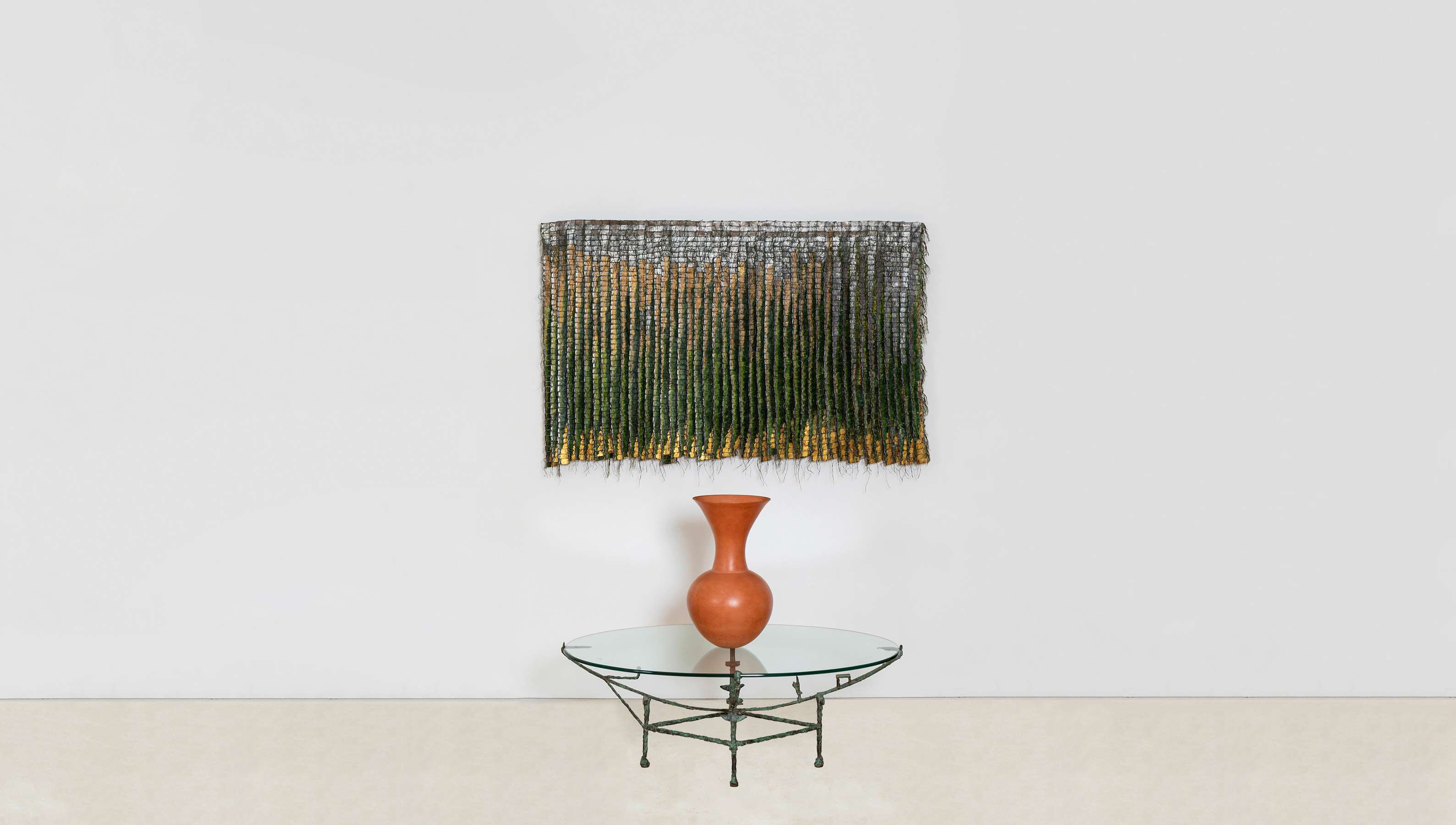 Every work by Magdalene A.N. Odundo is a miracle of making: a modestly-scaled pot with the presence of grand architecture; a simple silhouette achieved through a complex technique; a putatively functional vessel that operates at the level of abstract sculpture; a discrete object sitting in space with anchor-like firmness, which nonetheless traverses multiple worlds.

Odundo’s way of bridging opposites has deep biographical roots. She is a cosmopolitan figure, born and raised in Kenya but resident mostly in England since 1971. In that year, she came to study graphic design in Farnham, Surrey, where she encountered Michael Cardew, the great exponent of modern studio ceramics. He encouraged her to travel to his Pottery Training Centre in Nigeria. There she met Cardew’s close associate Ladi Kwali – a traditionally-trained Gwari potter, and an inspirational figure for Odundo. Over the years, she has traveled back to her homeland of Kenya, to San Ildefonso Pueblo in New Mexico, to India, China, and Japan, studying forms and hand-building techniques wherever she goes.

Odundo has forged an idiom equally informed by all these experiences, as well as the formal intelligence of modern sculpture. Her vocabulary is tightly defined, materially speaking – coiled earthenwares, in tones of black, beige and red – but extremely capacious in expressive terms. Her pots have been described (by the Metropolitan Museum of Art) as “simultaneously familiar and novel,” an apt way of describing the way that she alludes to her sources – ancient vessel forms, and the contours of the human body – while also making them wholly her own.

Odundo has been revered in ceramic circles for decades, but only now is she getting the broader recognition she has long deserved. She serves as Chancellor of her old art school in Farnham, has been made Dame Commander of the Order of the British Empire, and in 2019, was celebrated in the exhibition Journey of Things at the Hepworth Wakefield and the Sainsbury Centre, which set Odundo’s work alongside carefully selected historic works. (The designer Duro Olowu acutely observed that her pots were “almost like visitors to the show, who had decided to stay put.”) More importantly still, she is continuing to work at the height of her powers. After presenting her work at TEFAF, Salon 94 will stage an exhibition of new vessel forms – the artist’s first exhibition in New York for many years. It will be an opportunity for American audiences to witness first-hand this most magisterial of all ceramic artists, who presides over her medium like a guiding spirit.