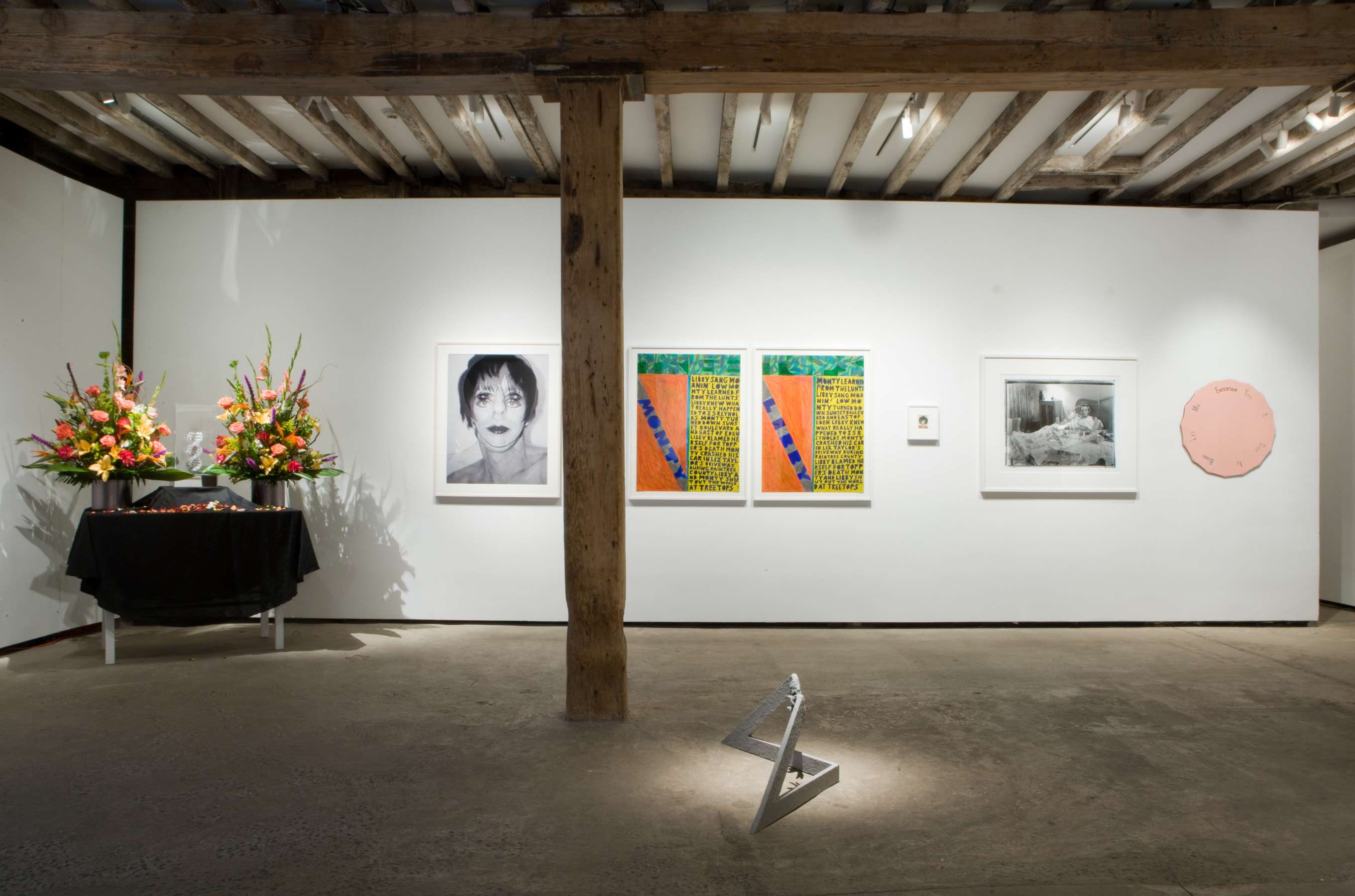 “…to be a star is to be a blank screen…a blank screen for the projection of spectators’ phantasmas, dreams, and desires.” — Thierry de Duve

Salon 94 Freemans is pleased to present Stars!, a group exhibition featuring work by Anonymous, Anthony Campuzano, Carter, Jennifer Cohen, Katy Grannan, Ryan McNamara, Lucas Michael, Marilyn Minter, Niagara, Jack Pierson, William Scott, RJ Supa, and Donald Urquhart. The exhibition seeks to explore the longing many possess to be a Star, and the sublime feeling of wanting to be someone else, someone more glamorous, and the pain involved in being stuck in one’s own self. The work on view demonstrates a desire on the part of the artist – or the subject – to be seen, to perform, to escape the “dread” of obscurity. Approximate versions of icons such as Liza Minnelli and Marilyn Monroe appear alongside more idiosyncratic figures such as Libby Holman, Amy Winehouse, and Big and Little Edie Beale.

Jack Pierson’s empty stage sets the tone for the show, invoking phantom performers and failed acts. Jennifer Cohen’s jazz hands and feet betray the masochism of performance through their rigid choreography. A funereal shrine by Anonymous pays homage to fallen stars and questions whether stars’ very DNA is more beautiful than that of the rest of us.

The photographs of Katy Grannan and Marilyn Minter depict, respectively, strangers on the sidewalk in contemporary Los Angeles and the artist’s own reclusive mother, all of whom confront the viewer with their own versions of the Hollywood Dream. Grannan’s “Marilyn” impersonator appears far older than the original, every imperfection harshly illuminated in the spotlight of the Los Angeles sun, while Minter’s mother painstakingly does her makeup at her vanity, despite the fact that she never left the house. Lucas Michael’s Still Life (LM Squared) depicts the artist re-enacting Liza Minnelli sitting for her Warhol portrait. The doubled, blurred image undermines the impossible glamour of the Warhol 1970’s society portrait, while it also reveals the slippery space of a star’s identity; an impersonator, an interloper, can break in and steal a bit of the shine or revel in the famous pain and dysfunction.

Anthony Campuzano’s text-based drawing Treetops focuses on Libby Holman, 1930’s torch singer and heiress to the R.J. Reynolds tobacco fortune, and her obsessive relationship with the troubled actor Montgomery Clift, who frequently stayed at her estate. RJ Supa’s text paintings on mirrors implicate the viewer in both the desire for and the exploitation of fame.

Paintings by self-proclaimed punk rock diva and pop art icon Niagara and drawings by Donald Urquhart revel in a faux-naïve desire to be beautiful, to be glamorous and untouchable, while simultaneously evoking the distance between fantasy and reality. William Scott’s painting of Diana Ross with the heavens behind her depicts the star as a vehicle to another world. Videos by Carter, Lucas Michael, and Ryan McNamara, along with live performance by McNamara, show the artists enacting various tropes of stardom.

Stars! is curated by David Fierman and Amie Scally.