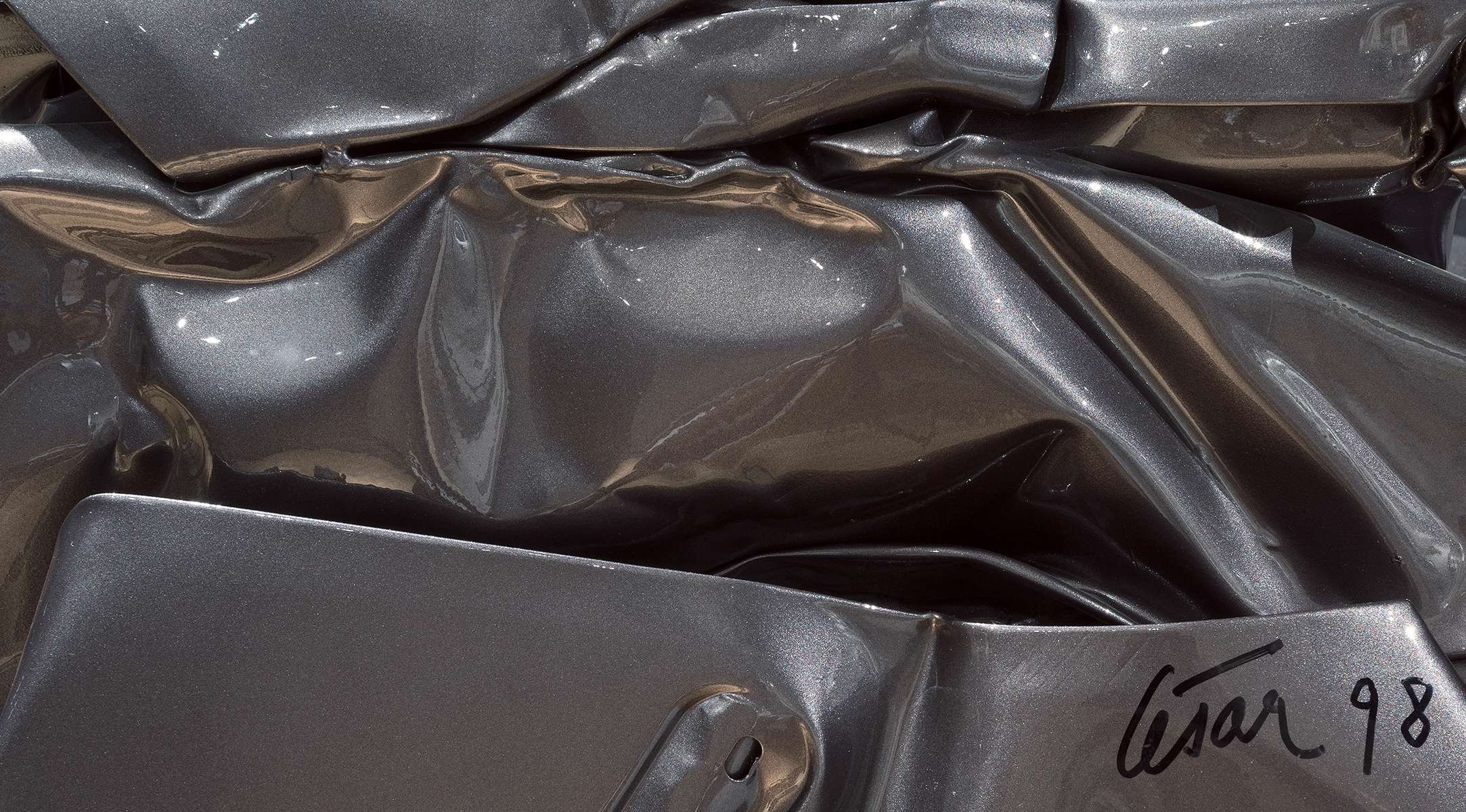 “I became myself the day I dared to do certain things that I thought were forbidden. To create, you have to have a great freshness, a great naivety. What we call the sacred fire. In the workshop, you forget yourself, and the material transforms you.” — César 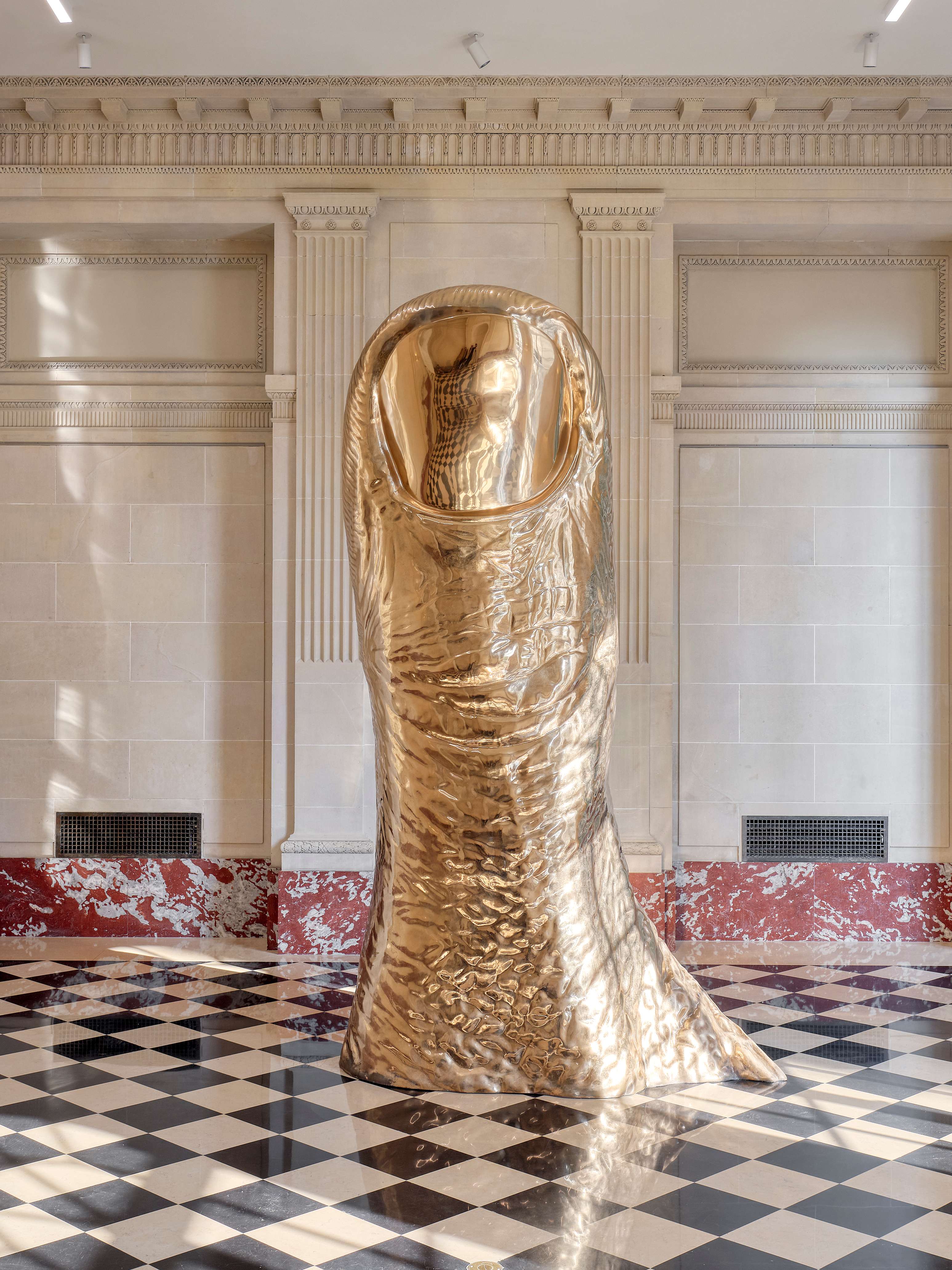 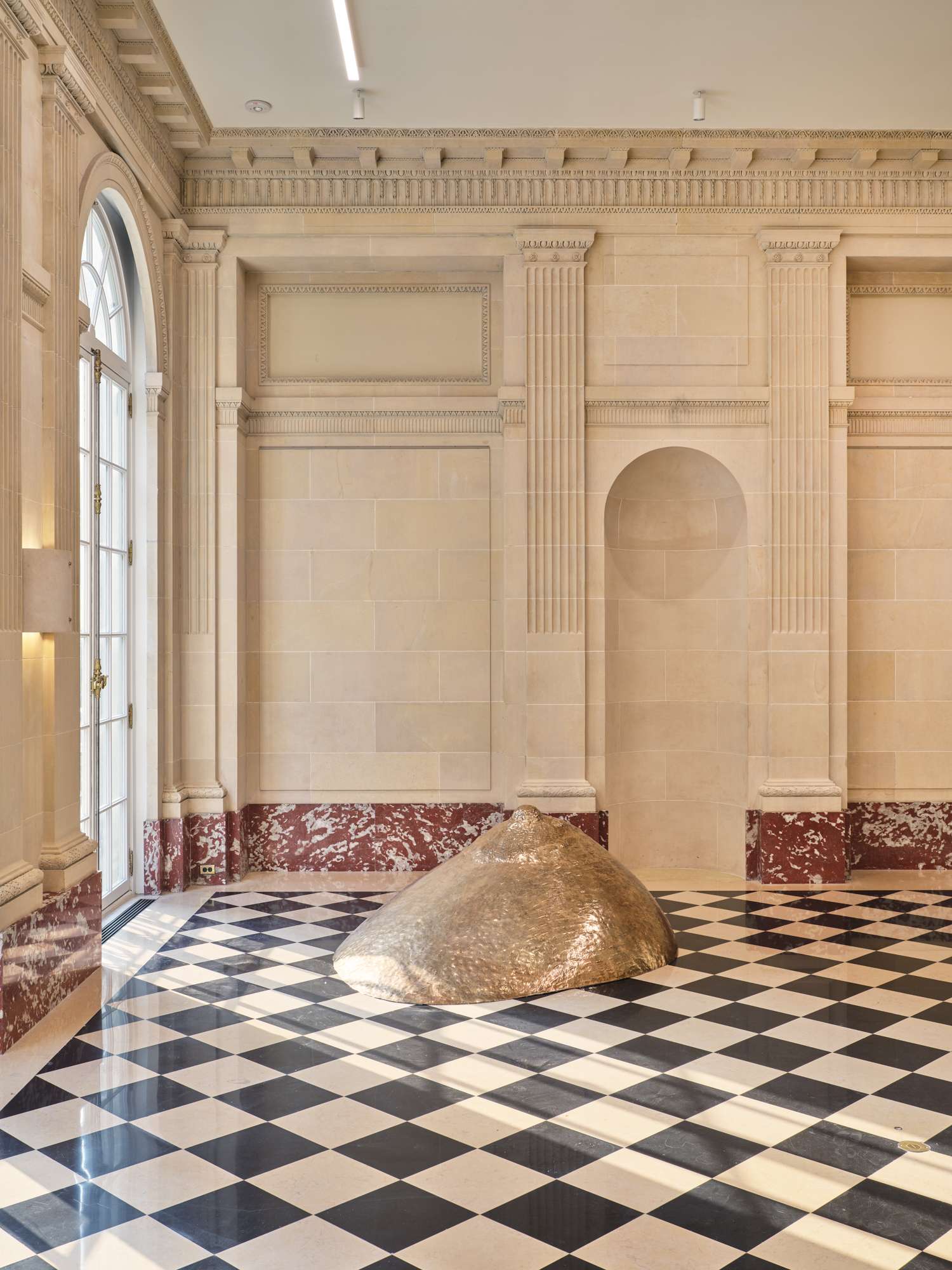 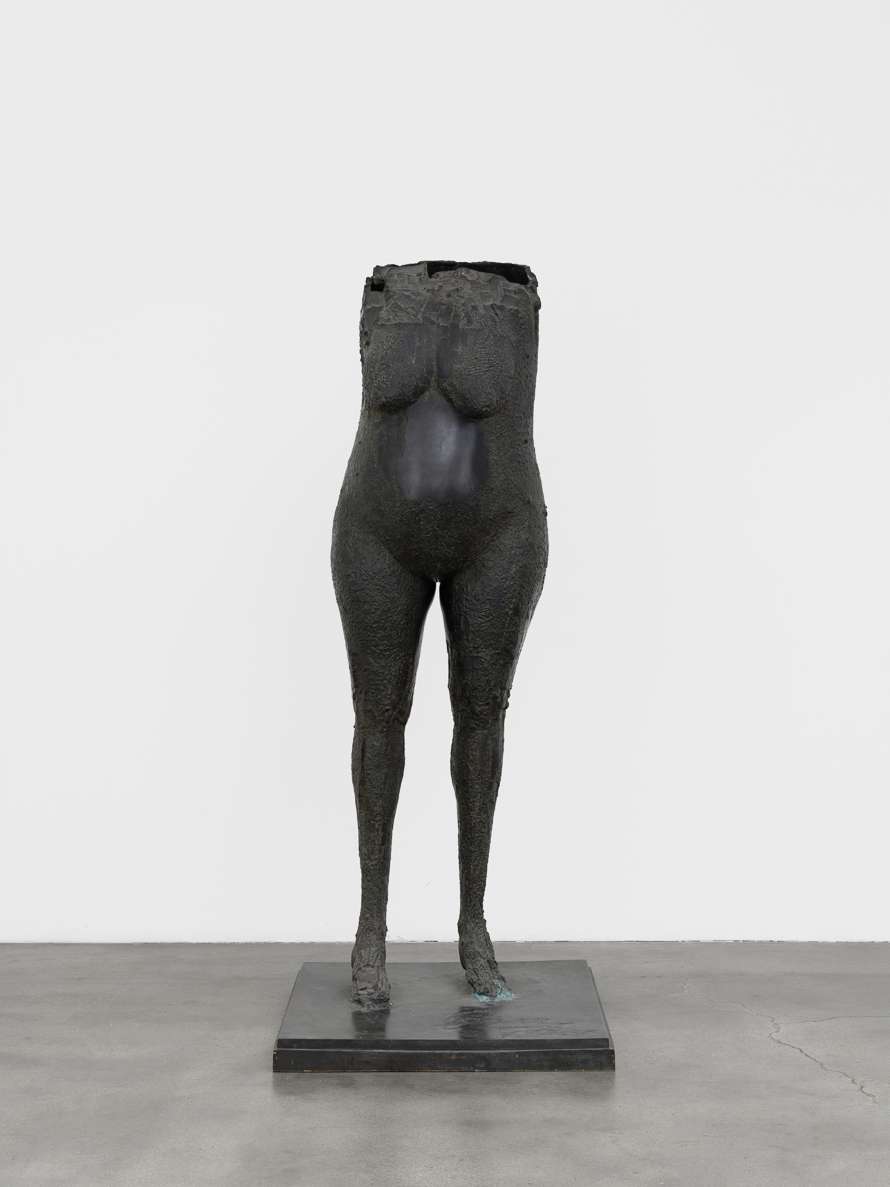 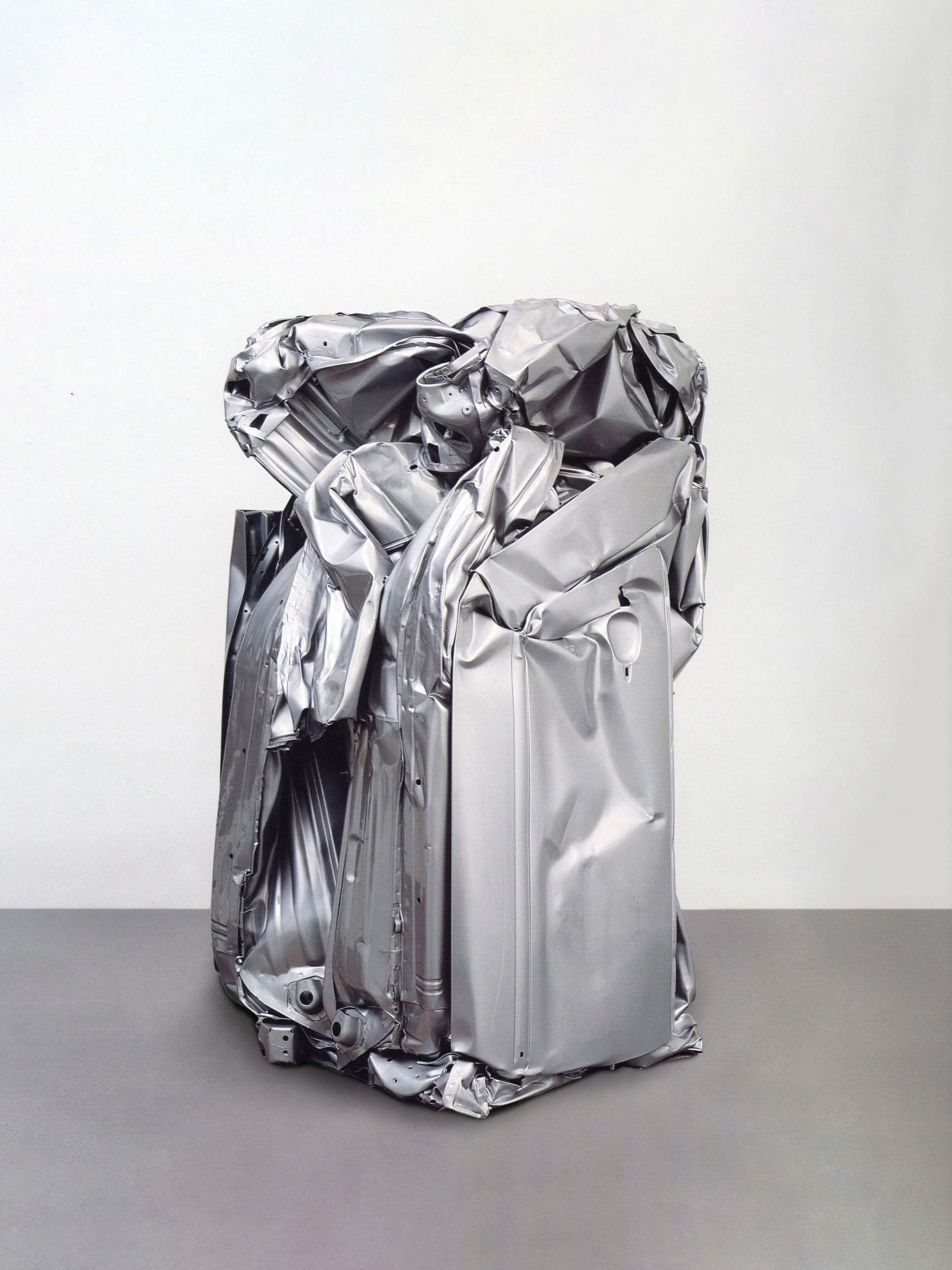 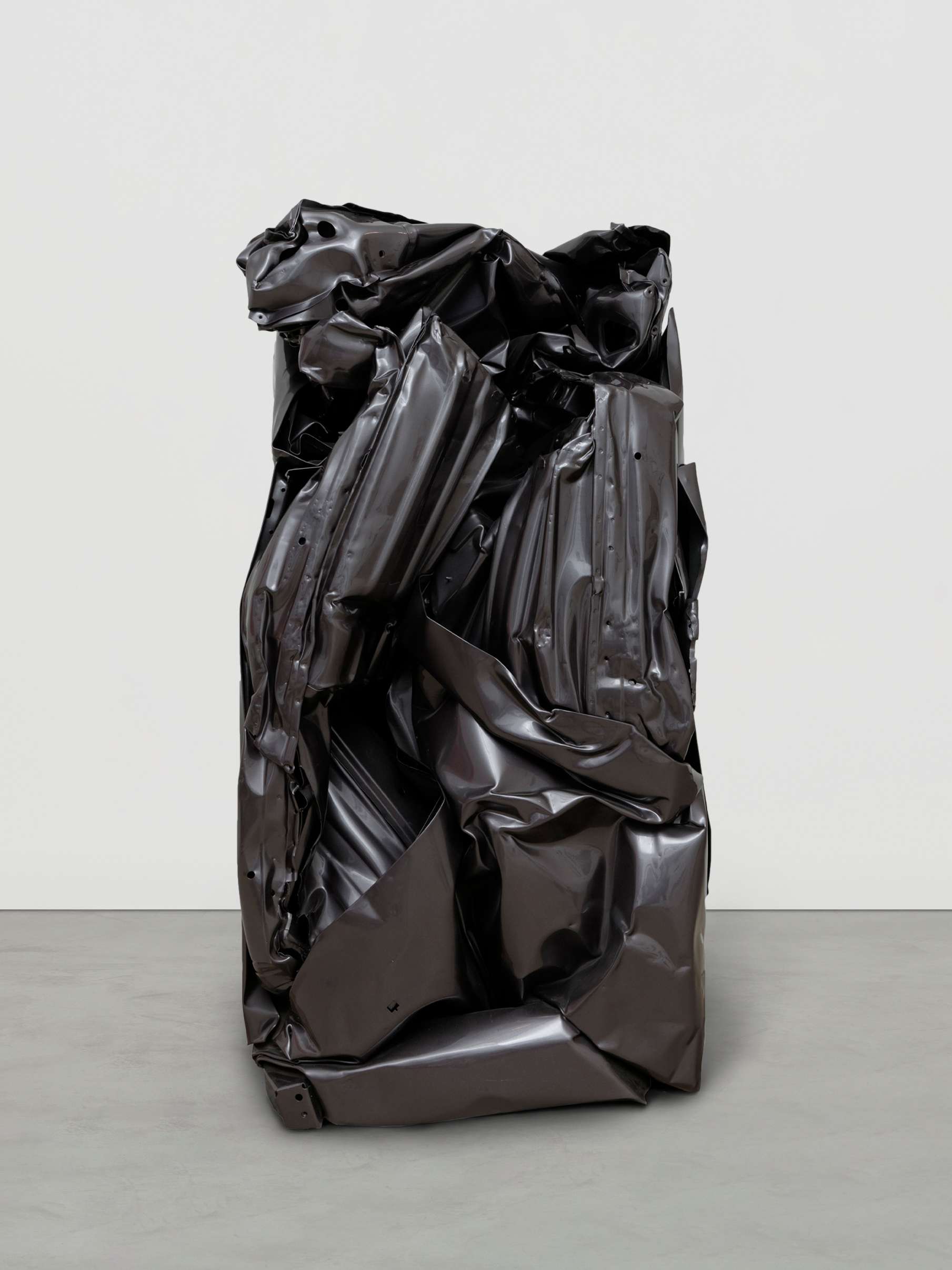 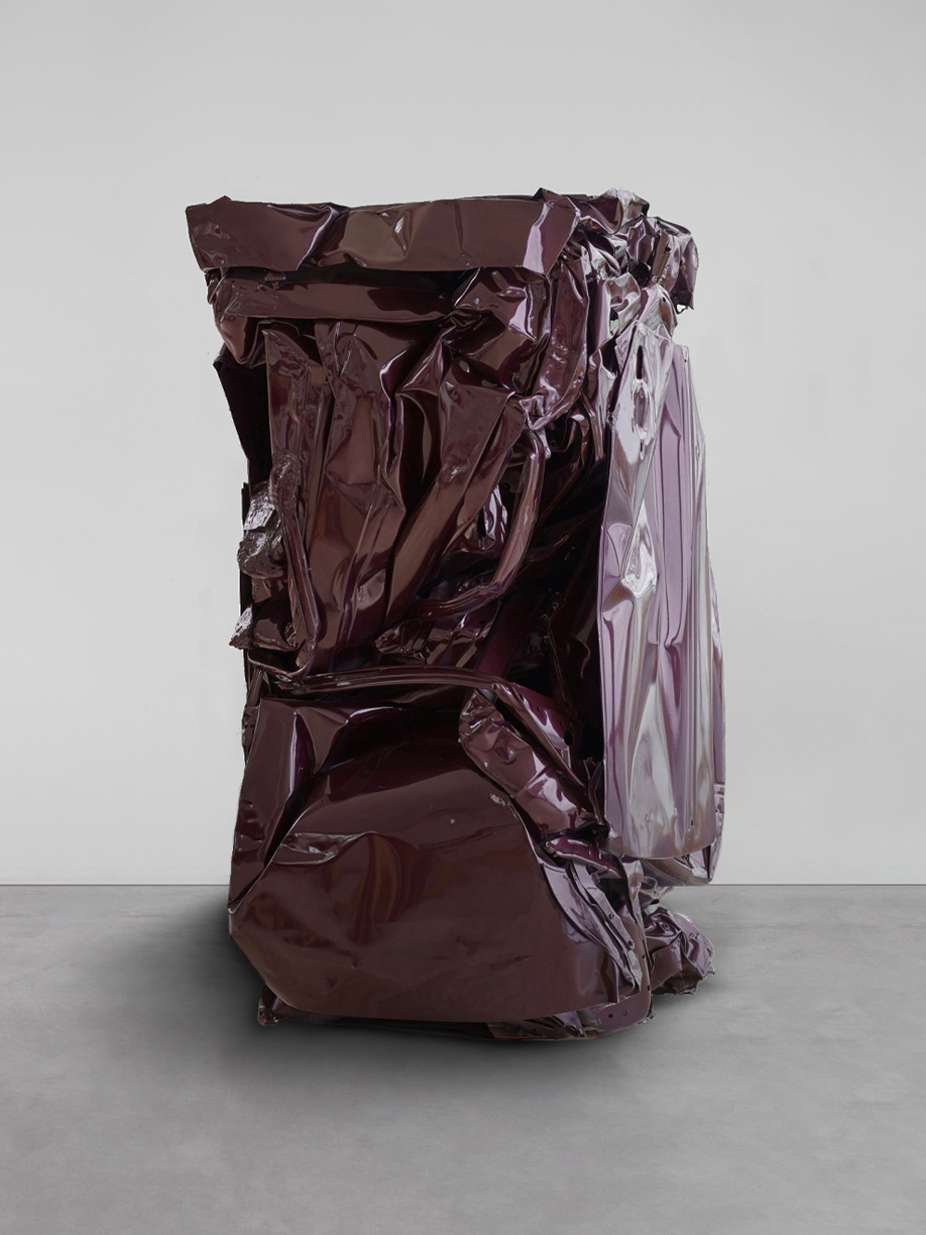 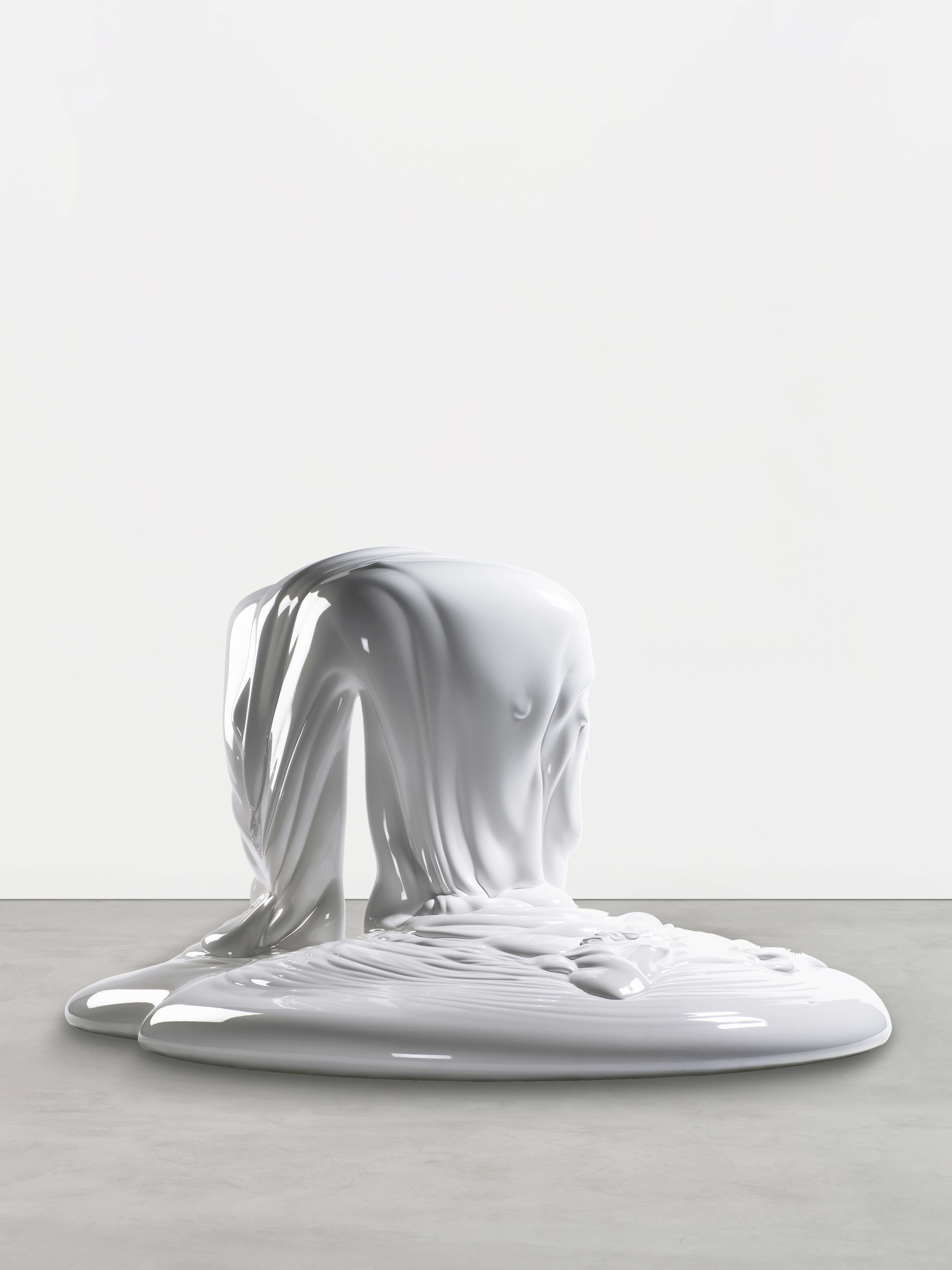 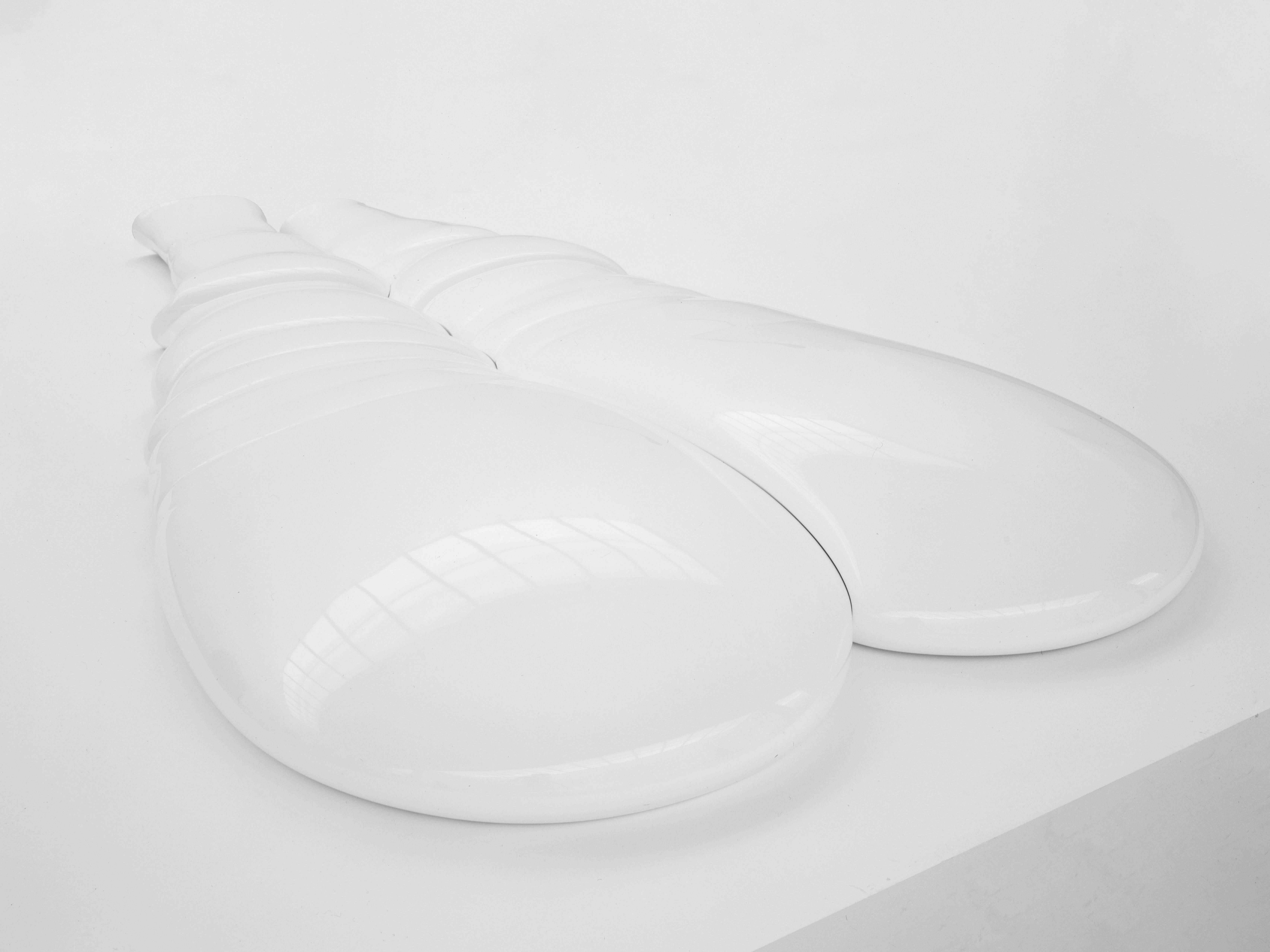 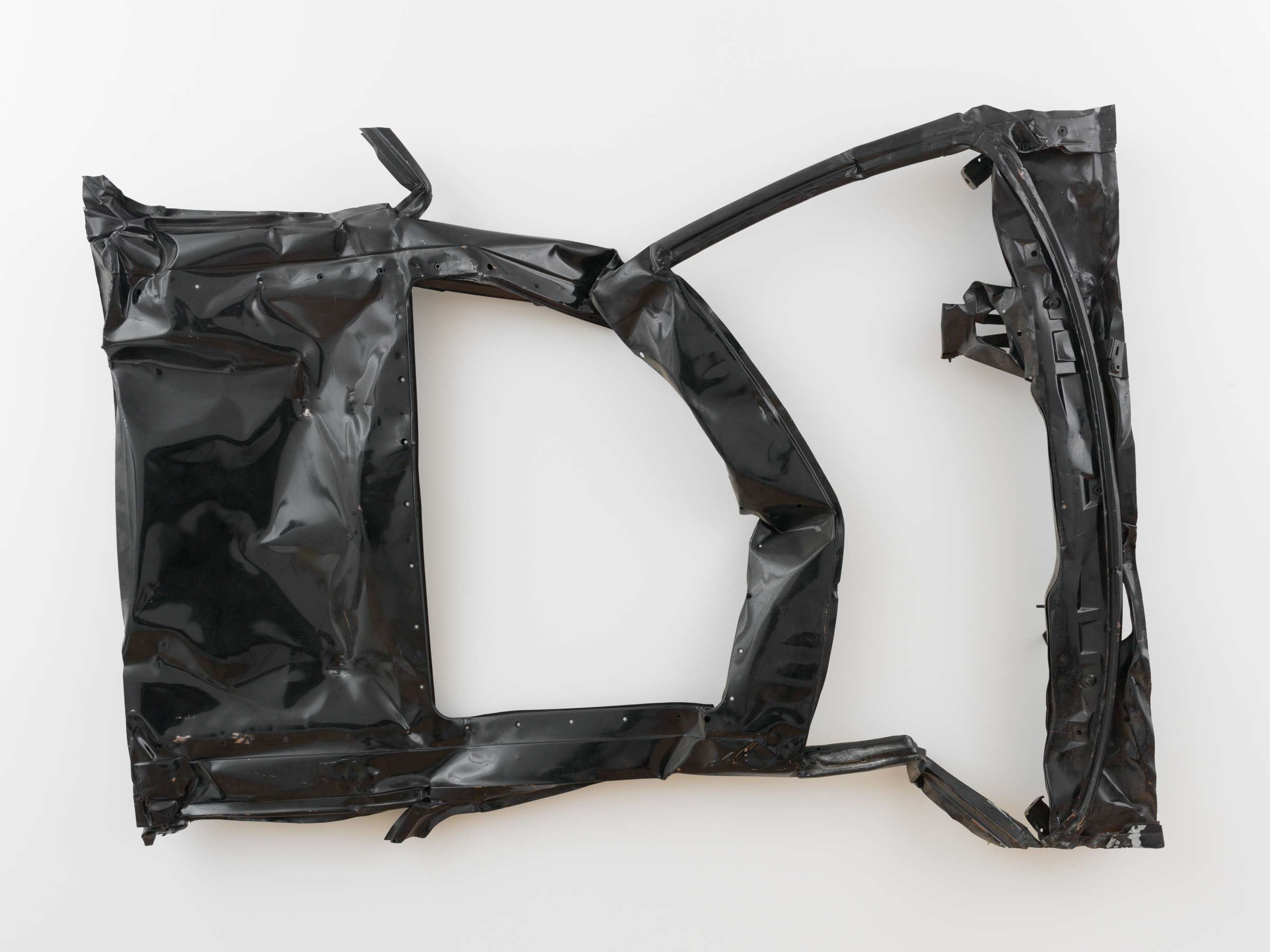 In Collaboration with FONDATION CÉSAR and DAYAN ROHATYN

Iconic and iconoclastic. Prolific and destructive. Reverential and rebellious. “Loved and detested,” according to his obituary in Le Monde, the French newspaper. What distinguishes César (1921–1998) from other giants of postwar art is the dichotomous, dangerous dynamism of his oeuvre. Within his sculptures, there are antithetical forces at work—pushing and pulling against the modern tradition, the French cultural establishment, and the nascent mass consumerism of his time. A founding member of the 20th-century Nouveau Réalisme movement, César looms large in the art canon. His masterpieces remain ever relevant, offering fresh perspectives.

Reveling in the paradoxes of his practice, Salon 94 in collaboration with Fondation César and Dayan Rohatyn is pleased to present César: Sacred Anarchy. Celebrating the centenary of the artist’s birth, this survey exhibition ranges from his Human Imprints from the 1960s and Expansions from the 1970s to his Championnes and Compressions conceived throughout his life. Since the start of César’s career, the complex and performative nature of his practice has captured the attention of even the most suspect of viewers, which included James Baldwin. Underpinning César: Sacred Anarchy is Baldwin’s articulation of César’s nuanced contributions. 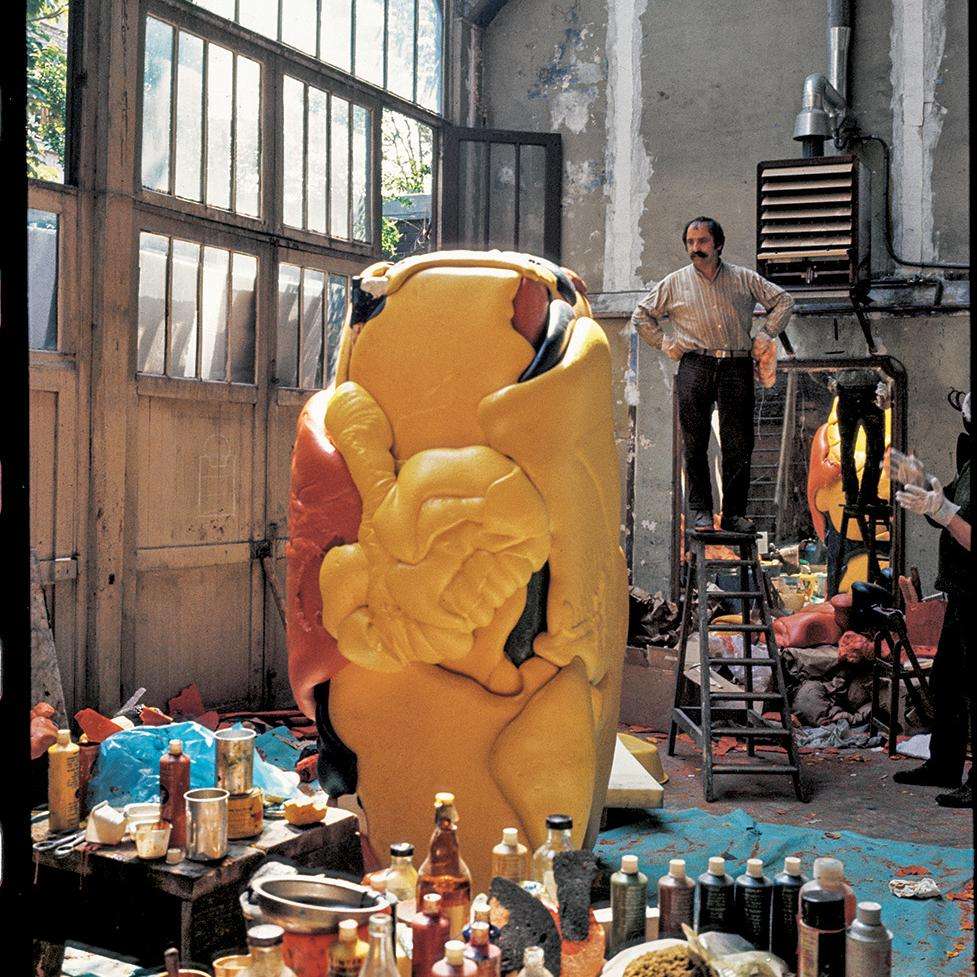 Portrait of César in his studio in Paris by Michel Delluc

As a 1970s expatriate in France, Baldwin befriended César after meeting him in a nightclub in Paris. The American writer enjoyed the artist and his work from their first encounter. Whenever he dined at La Colombe d’Or hotel in Saint-Paul-de-Vence, Baldwin asked to be seated facing Pouce—a massive marble sculpture based on César’s own thumb. A towering bronze Pouce (1965/1988, cast 2019) will be on view at Salon 94. On the one hand, Pouce exemplifies his reverence for the canonical metalwork of Constantin Brâncuși and Alberto Giacometti; likewise, Victoire de Villetaneuse (1965), also included in the exhibition, demonstrates César’s regard for classical sculpture. On the other hand, Pouce expresses César’s irreverence for the high art establishment—thumbing his nose (so to speak) at the French postwar milieu. A luminary who challenged the status quo by addressing American racism and homophobia with his writing, Baldwin, it seems, admired what Pouce signified.

On September 1, 1971, César invited Baldwin to watch him create a Compression. That day, César accompanied legendary collector Philippe Durand-Ruel to a dealership in Nice to buy a Honda 125 motorcycle. Once purchased, Durand-Ruel and the artist ceremoniously rode the vehicle back to a crushing machine. After draining its oil and gas, six men (including César) lifted the motorcycle onto the hydraulic press. Baldwin stood transfixed as the Honda was compacted before a group of onlookers. Shocked by what he had witnessed, Baldwin fled to a nearby watering hole for solace.

In an essay (entitled “Compressions: The Man and the Machine”) published in French in 1973, Baldwin recalled observing those around him as César brought the Compression into being. The writer focused on the spectators and bystanders, photographers and journalists, mechanics and kids who lined up to behold the transformation of the brand-new motorcycle—one that any one of them would give up anything to own:

"One could read in their eyes both expectation and incredulity, as if they wished the Honda to be destroyed and, at the same time, as though they were scared at that very idea. As they were staring at the scene, it was not clear in their eyes whether what they felt was hatred, envy, or simply some kind of sacred anarchy, a need for liberation resulting in an urge to destroy as well as create…." ¹

With this passage, Baldwin conveyed the various passions that César’s art stirs in viewers, inspiring the title and conceit of César: Sacred Anarchy. Baldwin evoked the otherworldly experience of watching César mash a motorcycle into a rectangular form, turning a seemingly unmalleable machine into an artwork, warping and molding a vehicle of the modern age—and, for Baldwin, a macho symbol of American idealism. By appropriating the motorcycle and, more frequently, the automobile, César embraced the aesthetic potential of common items. Yet at the same time, he critiqued the superficial values and industrial waste of postwar society. César recontextualized these motor vehicles to reveal what they embody: progress and regression; bravado and insecurity; even life and death. It was the collision of these perspectives in César’s Compressions that moved Baldwin, who took to wearing a Compression necklace.

Cornerstones of César’s practice, five rare Compressions will be shown together at Salon 94. The Compressions not only invite societal reexamination, but also—according to renowned art critic Pierre Restany—instigated a decisive break in the history of sculpture by collapsing distinct art forms. César often staged his artistic process in public, a performative approach that seems arrested within the artworks. The visceral Compressions command the spaces that they occupy, their compacted bodies calling up the physical means with which they were conceived.

Where the Compressions are hard-edged and geometric, the Expansions are amorphous and organic. César realized his Expansions with liquid polyurethane foam, a milky substance that the artist would spill onto the floor and then guide into certain shapes before it hardened. Appearing as if in mid-motion, two of these sculptures, Expansion Jumelles N°8 "Les jumelles" (1969) and Expansion N 37/10 (1971), are featured in César: Sacred Anarchy.

Despite how the Compressions and Expansions diverge in appearance, César conceived both bodies of works in front of onlookers, so that the disciplines of performance and sculpture are suspended in each. Moreover, both series crash together the genres of representation and abstraction: the objects are at once familiar and foreign, concrete and nebulous. With each artistic gesture, César presented riddles of concept and form for viewers to grapple with and enjoy.

For information about the exhibition, please contact Julie Reiter at julie@dayanrohatyn.com