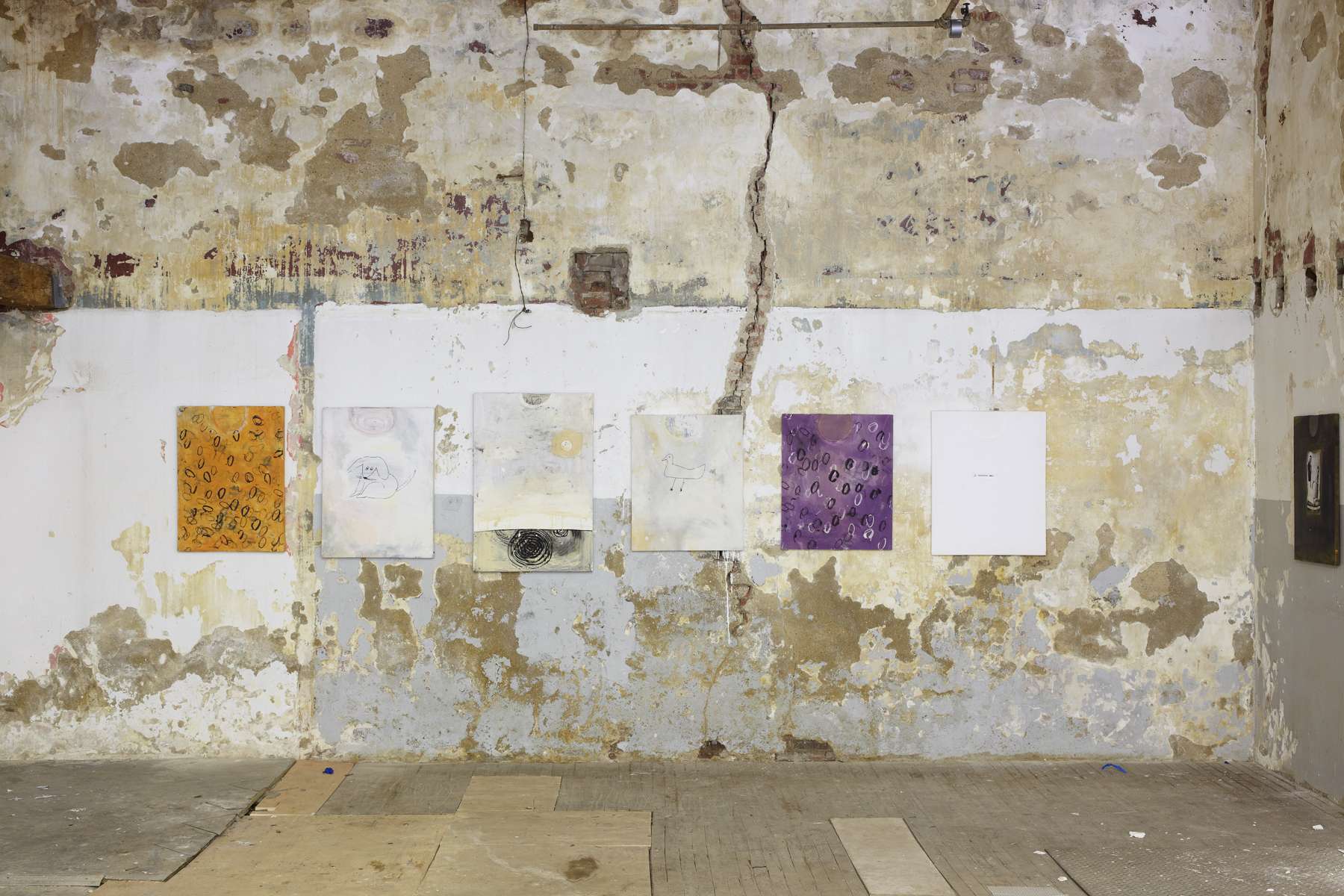 A mini-retrospective of Richard Prince’s painting—spanning nearly twenty-five years of his work.

Salon 94 is pleased to present Richard Prince: T-Shirt Paintings, the inaugural exhibition at Salon 94 Bowery. The show serves as a mini-retrospective of Prince’s painting, spanning nearly twenty-five years of his work. The setting of the show, a raw, un-renovated, former restaurant supply store on the Bowery, echoes Richard Prince’s seminal exhibition Spiritual America, which took place between 1983-1984 around the corner at 5 Rivington Street.

Casually stretched, messily painted, and intimate in scale, the T-shirt paintings both mirror Prince’s more known work and co-exist alongside it, exploring other avenues of the artist’s persona. The T-shirt paintings vary in theme and style: some contain iconic Richard Prince jokes; some exploit Prince’s interest in hippie and rock and roll subcultures; others are abstract. A handful of childlike animal and flower drawings that normally hang in Prince’s daughter’s bedroom appear together with T-shirts adorned with Jimi Hendrix and the CD labels from his collection of Led Zeppelin albums. In these works, techniques, genres and subjects collide, finding their commonality in Prince’s fluency between them and in his ability to make them all seem equal. What remains a constant is the “canvas” on which the works appear: the stretched, distressed, ordinary T-shirt with all that this cultural icon connotes.

Richard Prince: T-Shirt paintings is the first exhibition at Salon 94 Bowery, our new gallery, at 243 Bowery, a few doors up from The New Museum. The gallery will be renovated over the summer and will re-open in September with an exhibition of new work by Detroit based artist Liz Cohen.

A color catalogue will be published alongside the exhibition.