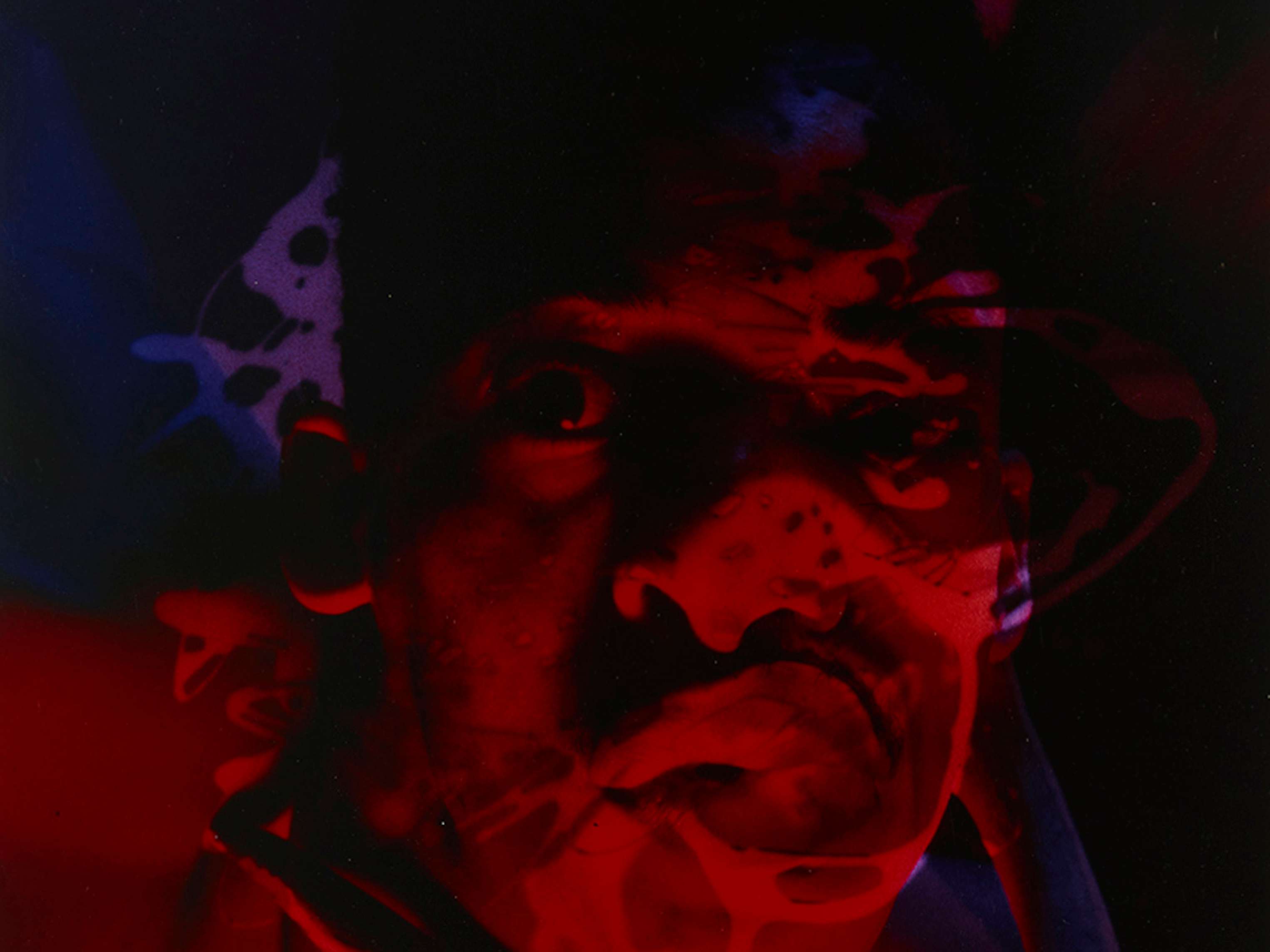 Growing up in Atlanta, Jimmy DeSana—a fixture of New York’s Lower East Side scene in the 1970s and 80s—was well-versed in the suburban vernacular; he had a penchant for making this most ordinary of settings spectacularly strange and stylized. In the Suburban series—the surreal photographs he is most known for—faceless models that are often nude and dressed simply in heels find themselves balancing chairs on their heads, crawling on all fours with their feet stuffed into caution cones, or dipping face-first into a kitchen sink overflowing with suds, all unusually hyper-saturated with color. The human body is made subservient to, if not synonymous with, the ordinary things that surround it. The clichéd, archetypal 9-to-5 existence of the nuclear family is thus made both otherworldly and instantly recognizable, hyper-sexualized yet comically inert.

Remainders features work DeSana made later in his life, when he largely abandoned the human body for objects that, through abstraction, are given larger-than-life, bodily qualities. Among other household items featured in his Abstracts series, spoons, balloons, flour, and aluminum foil are dreamily lit in spectral hues and stand out for their suggestive simplicity. They achieve an epic monumentality simply through their placement in space and play with scale. Made shortly after DeSana’s diagnosis with HIV in 1985 (which he would succumb to in 1990, at the age of 40), this work hasn’t been exhibited to the public since they were last shown at Pat Hearn Gallery in 1991 and 1995. It’s telling that in this series the human body is infrequently found. It’s as if in thinking about his own imminent absence, DeSana was also thinking about the objects that would remain without him and that somehow had come to define his, and our, existence. These ordinary items may not seem exceptional, but if DeSana was then they must be too, in some way, animated as they had been by his presence.