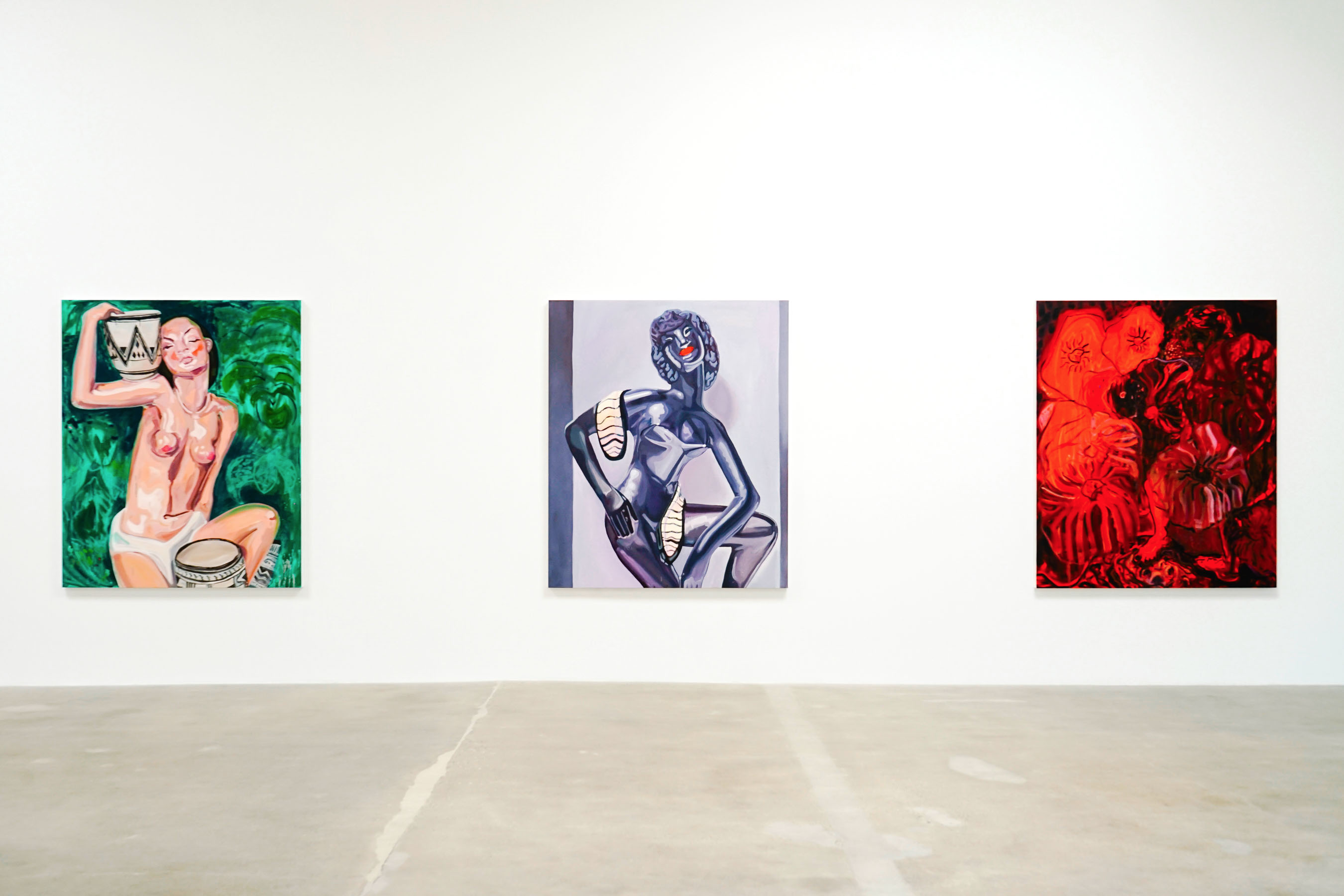 Pussy, King of the Pirates unifies 20 non-male artists who engage in and question the physical and conceptual use of the body in form, medium, and identity politics.

“In the past, King Pussy explained in her declaration of war, girls who had never done anything to anyone were called names and beaten with sticks. ‘Now we’re declaring war [...] for all the treasure is ours!’” —Kathy Acker

Pussy, King of the Pirates unifies 20 non-male artists who engage in and question the physical and conceptual use of the body in form, medium, and identity politics. The works represent a contemporary reclamation of the female figure, the depiction of which has historically been from the heteronormative male perspective. While the latter has both defined and composed the canon of figuration and formalism heretofore, their compositions of female figures are now more vulnerable to criticisms of objectification. Those who do not self-identify with that status quo – whether female, non-binary, queer, or transgender – may be released from a stigmatic history of a specific oppression. The question remains whether or not they are absolved from the act of objectifying, should that be the ultimate desire at all.

Kathy Acker’s irreverent novel, Pussy, King of the Pirates, intertwines the carnal and cerebral to fabricate an anti-patriarchal ‘Treasure Island’, in which a band of girl pirates scavenge a parallel world for treasure. Throughout her career, Acker confronted the notion that when a woman reimagines a common subject or characterizes herself in the narrative, it equates plagiarism and autobiography. When men apply the same practice, whether in literature or art, it’s metaphysical. Meanwhile, other artist’s self-depiction or use of female figuration has been criticized as trite portraiture.

In the presented works, the artists use the body as both subject and object; process and medium; abstraction and representation. The viewer plays voyeur, as they catch glimpses of friends, strangers, former lovers, fragmented fantasies, or the artist themselves. The varied range of works coalesce through their authors’ shared experience of ‘otherness’. They simultaneously honor and transcend this singularity through a common bodily ground, just as Acker honored womanhood and transcended its literary limitations through piracy.