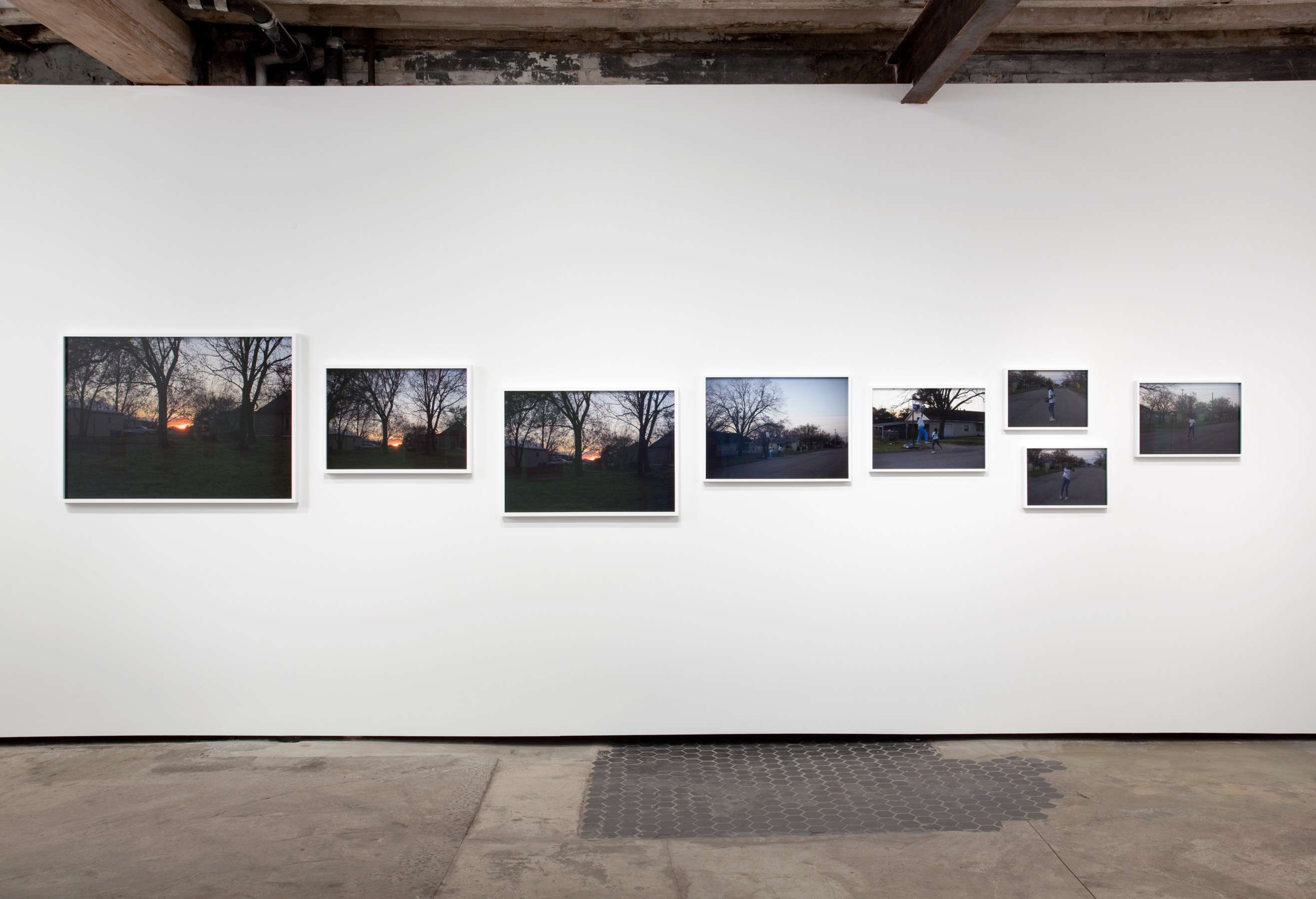 An exhibition of Paul Graham’s photography from the past 25 years.

“I'm sometimes called a 'documentary photographer' but... a man operating under that definition could take a sly pleasure in the disguise. Very often I'm doing one thing when I'm thought to be doing another.” — Walker Evans

Paul Graham is an artist-photographer who has been very active in revitalizing the central core of photographic practice where the documentary and artistic impulses of the medium coalesce. For the past 25 years his photographs have consistently reflected his signature intertwining of the classic issues of documentary photography with the aesthetic and theoretical concerns of contemporary artistic practice. More than this, his work has maintained the rarest of qualities: an electrifyingly fresh approach to the medium, challenging and renewing itself with every body of photographs.

The exhibition at Salon 94 Freemans will feature a selection of vintage prints from the 1981 to his most recent 2005 American photographs. The earliest work: A1 – The Great North Road is a series of color photographs from 1981-82, depicting life along an old arterial road in England made obsolete by the motorway system. Using many of the tropes of documentary photography yet working in large-format color, Graham created a body of work that dissolved the black and white tradition that had fossilized British photography to that point. Likewise, his Troubled Land photographs from 1984-86 depict landscapes from sectarian torn Northern Ireland, with each image containing small but insistent signs of the disputed territory within them. This startling clash of landscape and conflict photography offered a radical way to reflect on a territory inscribed by the political & social upheaval of a divided society, and has since proven highly influential on much landscape photography.

On view at Greenberg Van Doren will be images from Empty Heaven (1989-1995), in which Graham photographed the psychological collision in Japan between the trauma of history and the opaque dream like fantasy world - prescient themes that would later prove central to the 'Superflat' movement of recent Japanese art; New Europe (1986-1992), in which Graham juxtaposes the shadows of European history with the utopian dreams of an unified European society; End of An Age (1995-98), a series of photos of young people on the verge of adulthood; American Night (1998-2002),reflecting on the 'Fracture Sociale' in contemporary America, whilst also questioning the nature of visibility and invisibility, sight and seeing.

Finally in both galleries there is work from a shimmer of possibility (2004-06), which comprises flowing sequences of imagery from everyday life in contemporary America. In presenting a procession of sequential moments, Graham takes on the more static tradition of narrative photography, breaking with Cartier-Bresson's 'Decisive Moment' to unwind time into transcendent rivulets of life: A man peddling flowers on a street corner, a woman eating out of a take-away container at a bus stop, or a man cutting the grass during a rain shower are shown together to create quiet yet compelling vignettes.

Both shows run concurrently with Paul Graham's solo show at MoMA, New York, PAUL GRAHAM: a shimmer of possibility, on view from February 4 - May 18, 2009.

SteidlMACK has just published a monographic survey: Paul Graham, to coincide with a major overview of Graham's work currently on show at the Museum Folkwang, Essen, Germany, and subsequently touring to the Deichtorhallen, Hamburg, and Whitechapel Gallery, London, through 2011.