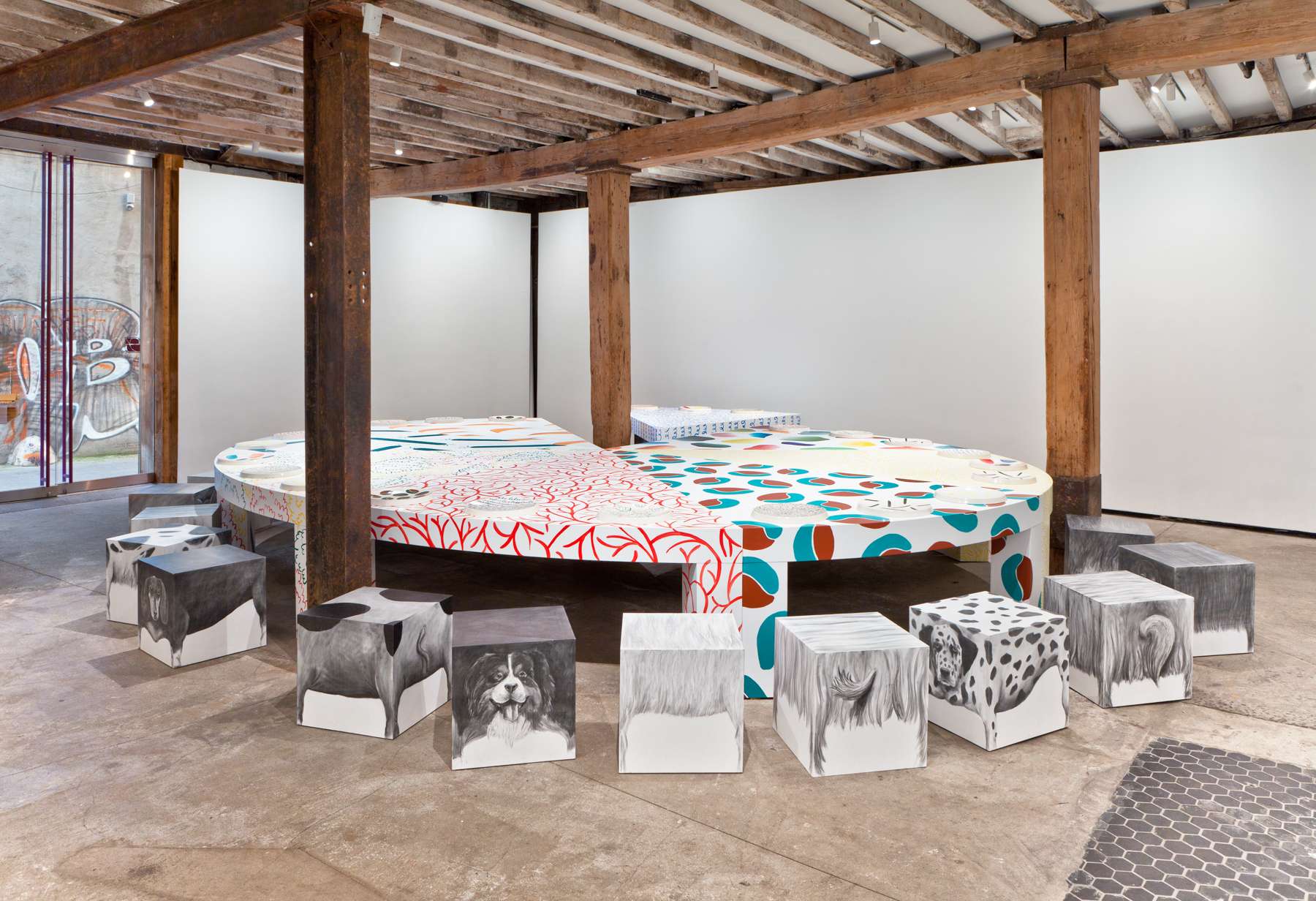 A dinner party for twenty-four guests, with a menu of several dishes conceptualized by Nicolas Party.

Salon 94 is pleased to present Dinner for 24 Dogs—a special project by Nicolas Party. Dinner for 24 Dogs starts as a dinner party for twenty-four guests, with a menu of several dishes conceptualized by Party. Party’s starting point is painting, and in particular the still-life. Here the painting comes to life, with a specially designed set including table, chairs, and plates. He has whimsically painted colorful abstract patterns on both tables and plates, made here in New York, and dog portraits drawn on each of the 24 stools.

Describing his practice as one in the tradition of Chardin, Matisse, Morandi and Hockney, Party imagines his still lives filled with domestic objects as stages filled with actors. In contrast to Morandi, his scenes are created from imagination, rather than observation. Party uses a regular arsenal of objects in his paintings—typically domestic, food and nature-related. The dinner is a cunning and logical vehicle to expand his practice beyond the conventions of the canvas.

In an event-driven art world, Party hosts his own dinner where scale is shifted – a small quail egg or a single carrot sits on an oversized dish and the table fills the room. Patterns move from the decorative to the specific. From Judy Chicago’s 70s, feminist, ceremonial banquet, Rirkrit Tiravanija’s ad hoc Vietnamese dinners, a culinary experience by the mad hatter, Ferran Adrià, or Nathan Myhrvold’s Modernist Cuisine, we often experience our best conversations over a meal.

Following the dinner performance, the plates, stools and table will be reconfigured by the artist and exhibited at Salon 94 Freemans from November 11 to December 22.