Cross-dressing for the Battlefield 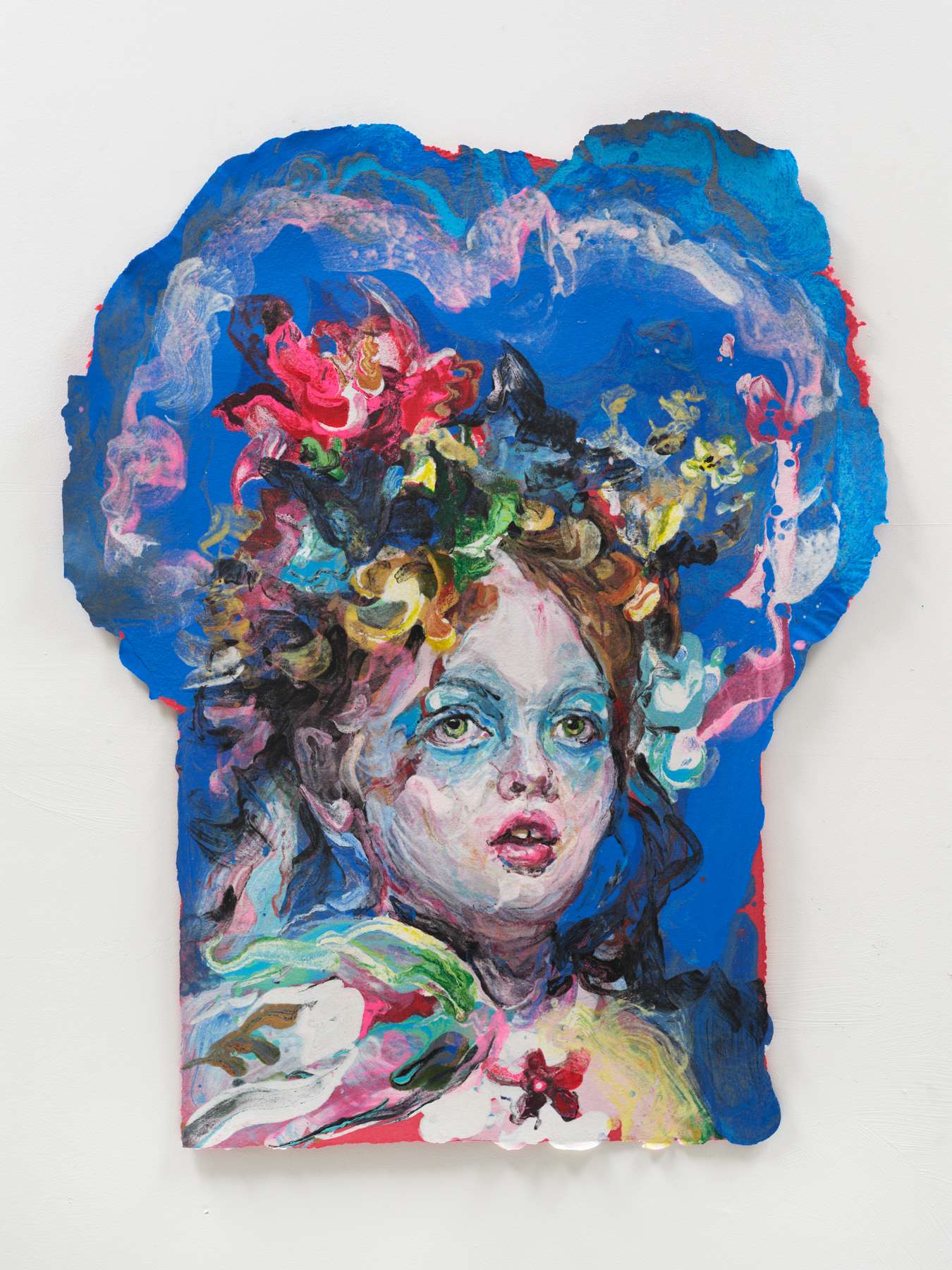 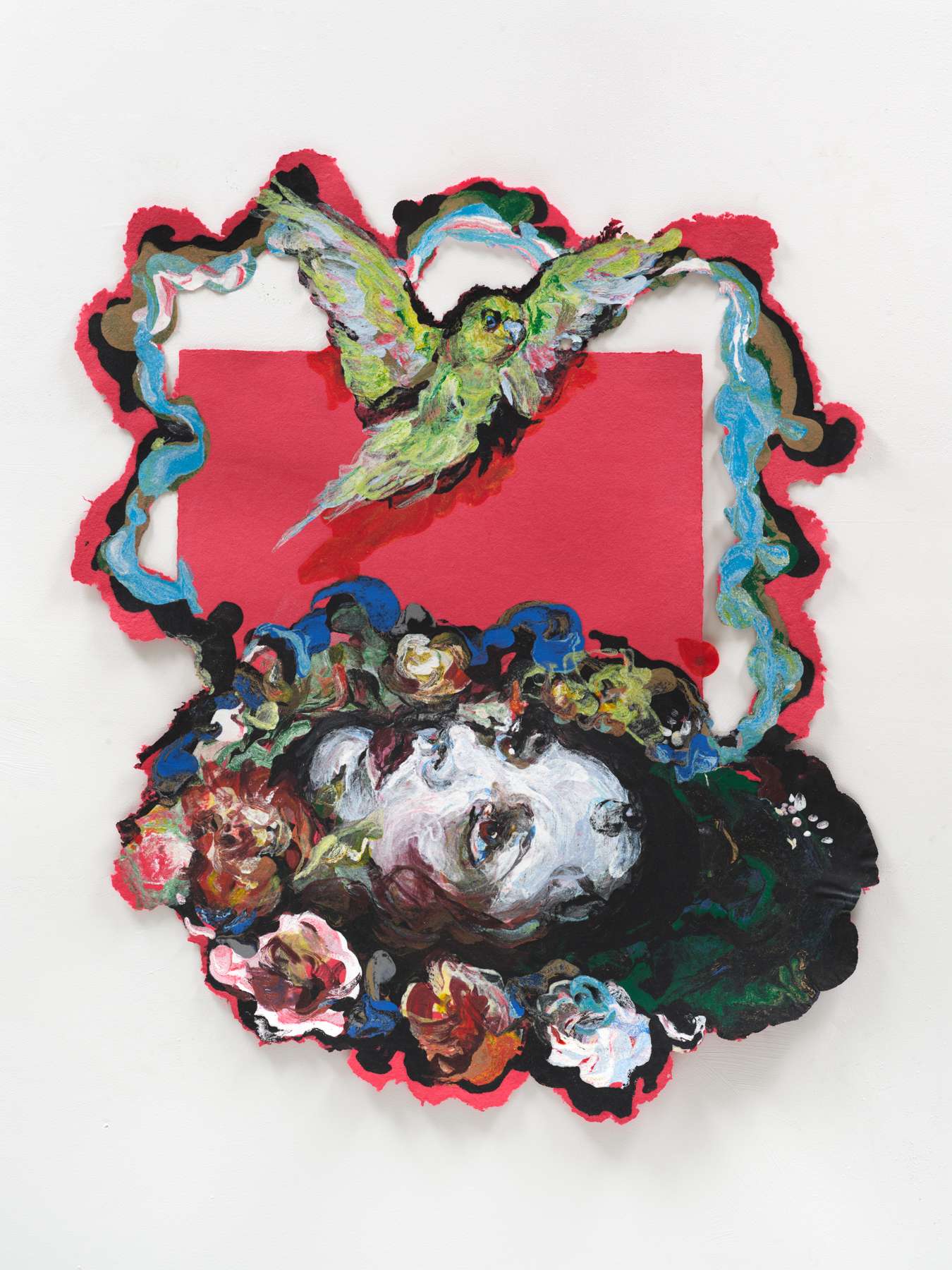 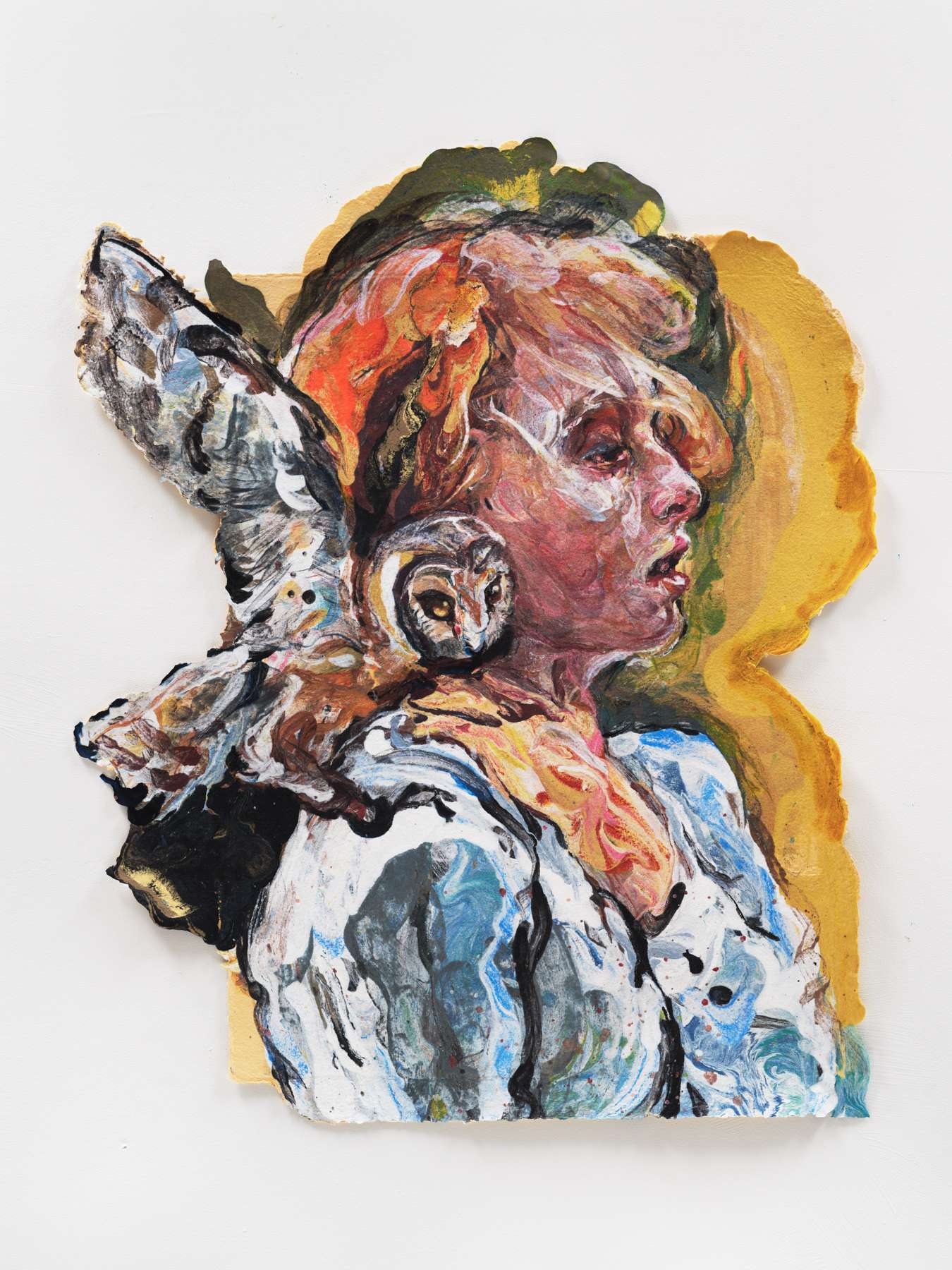 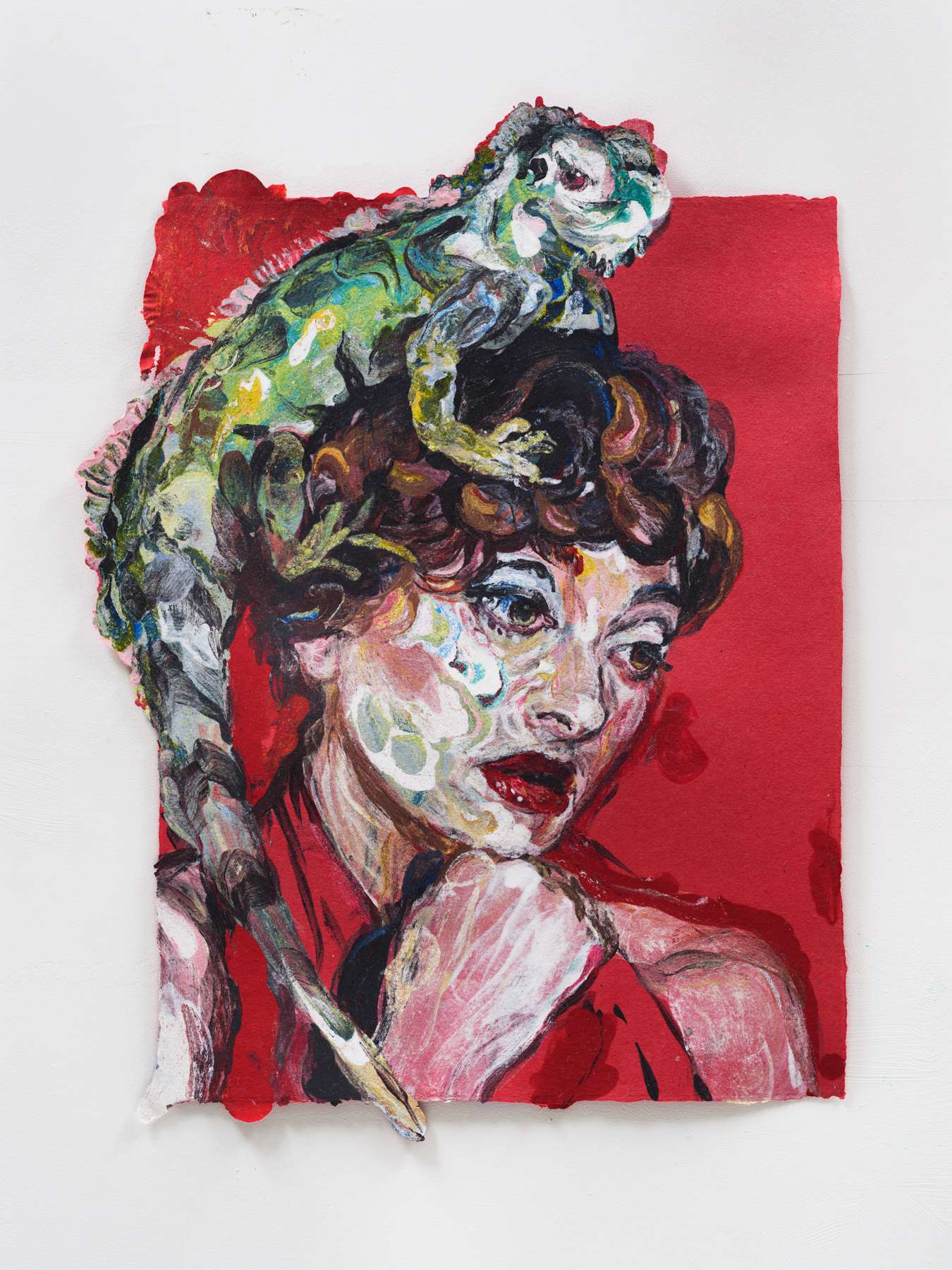 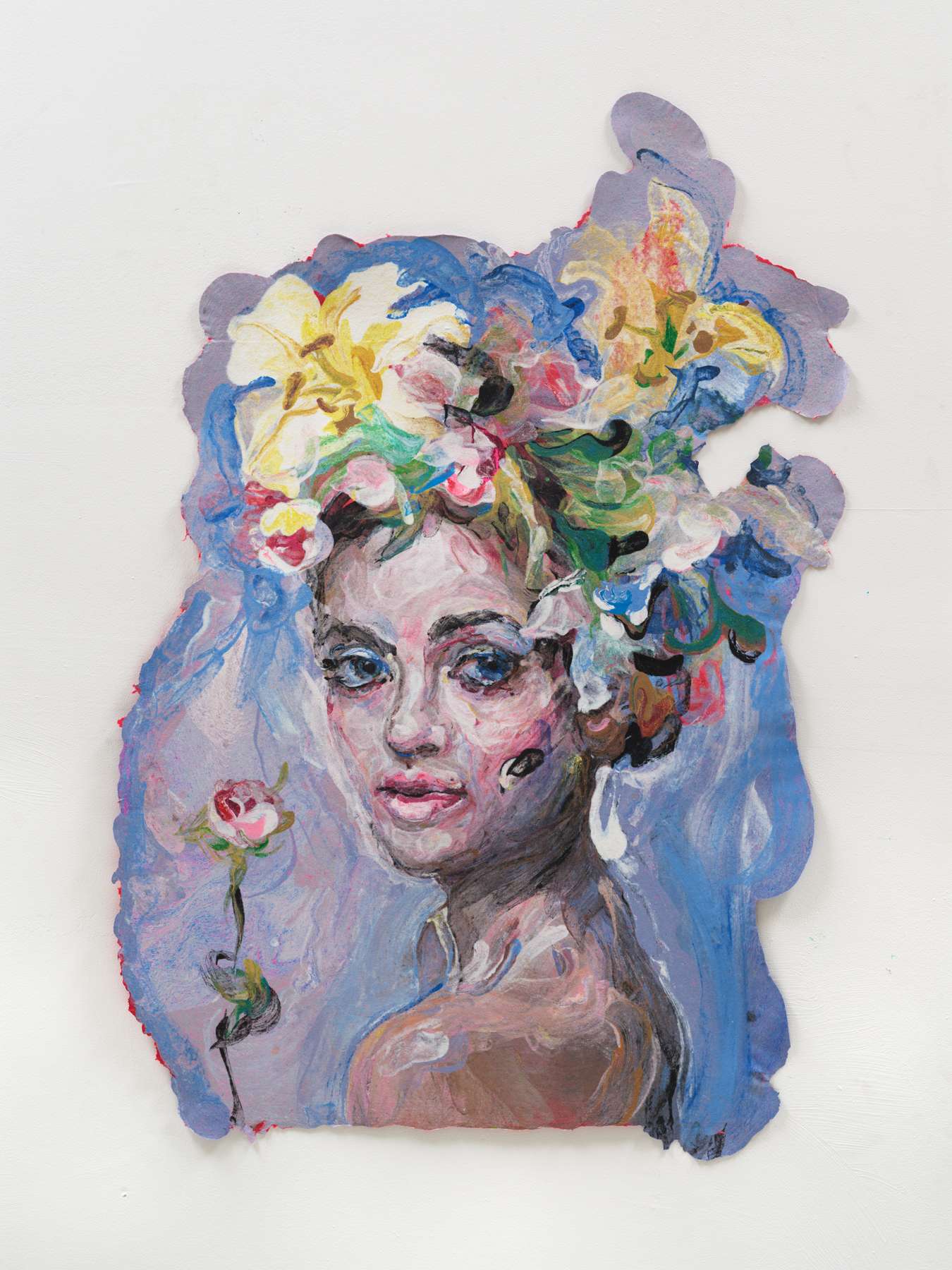 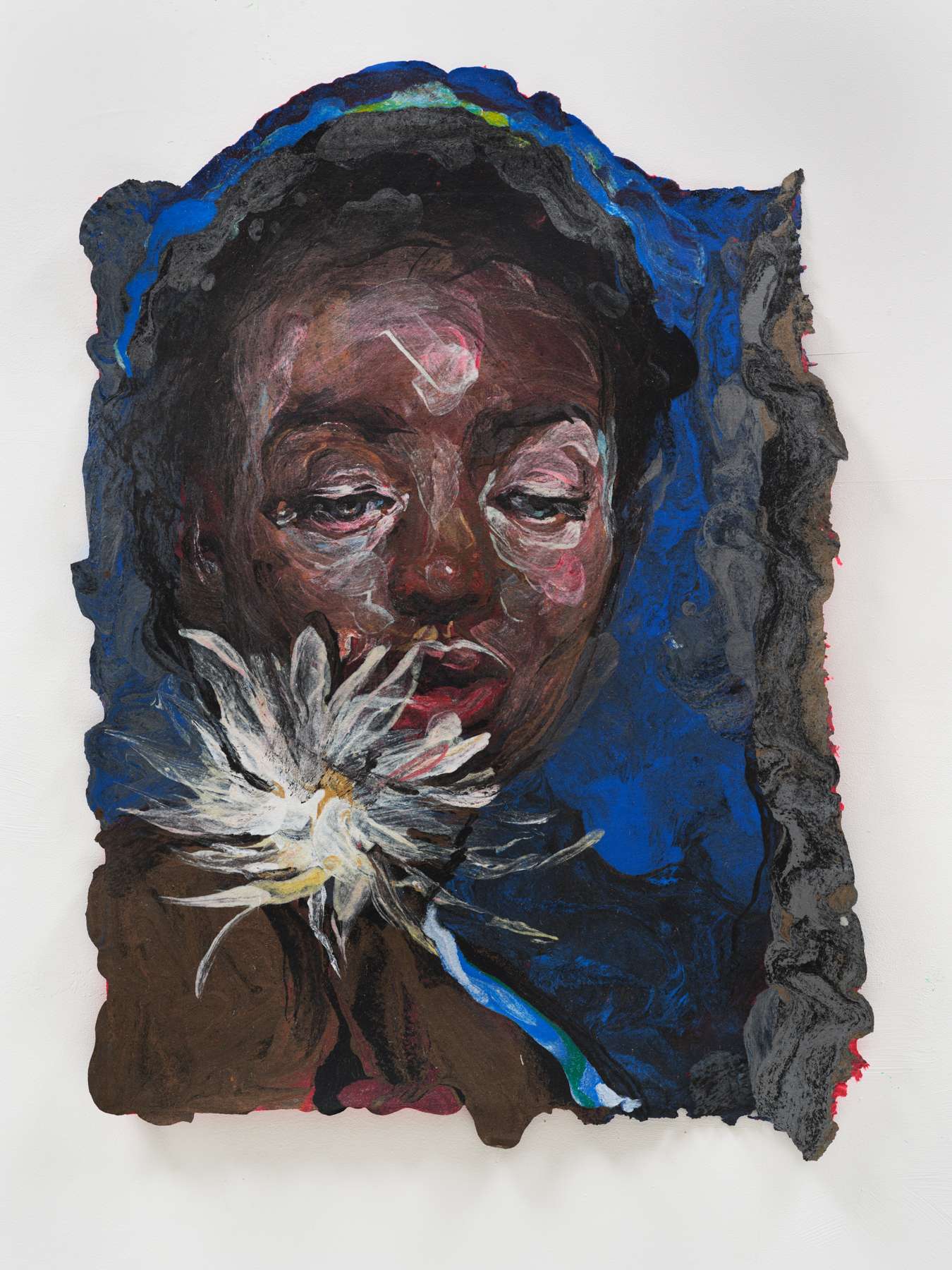 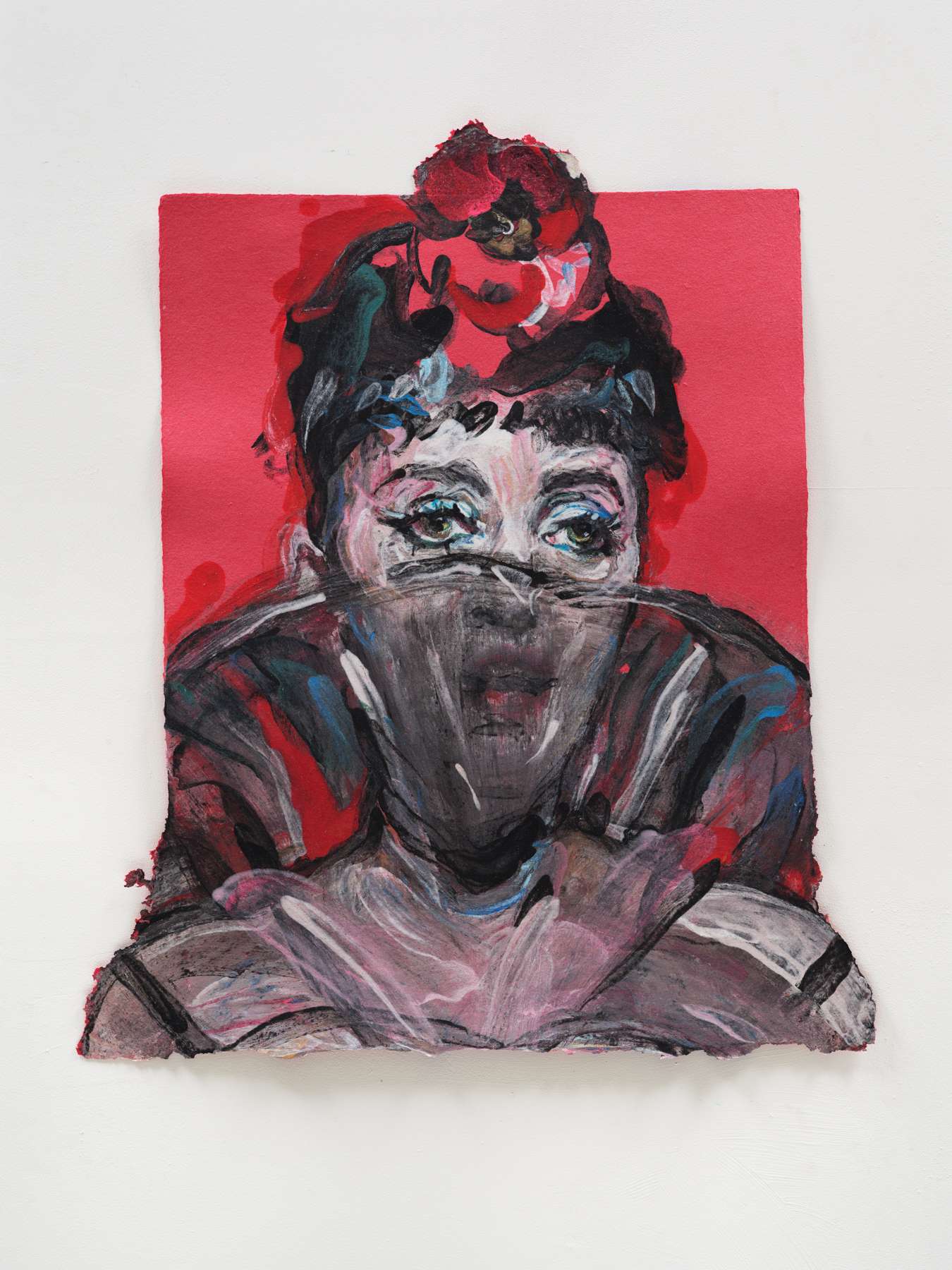 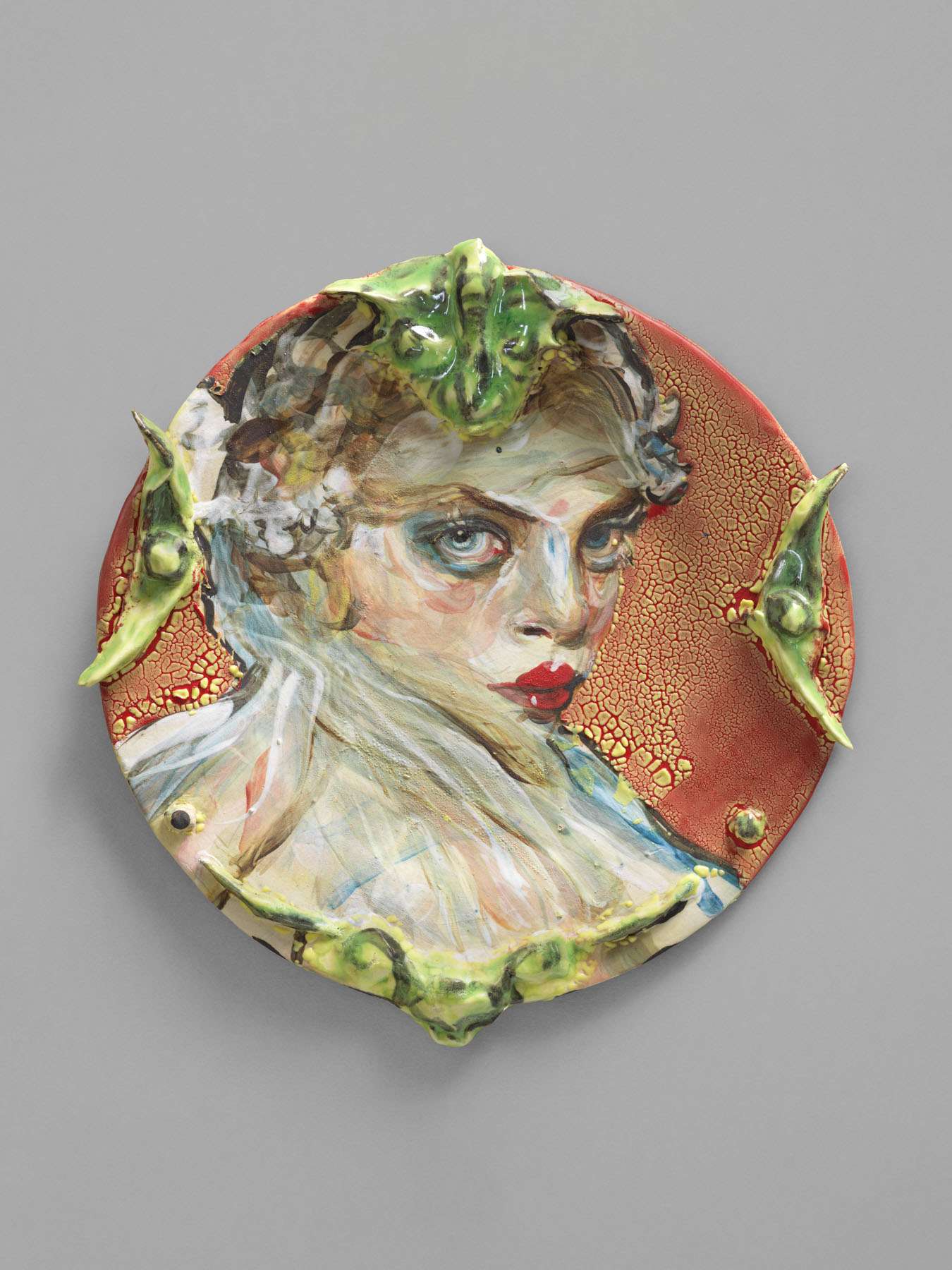 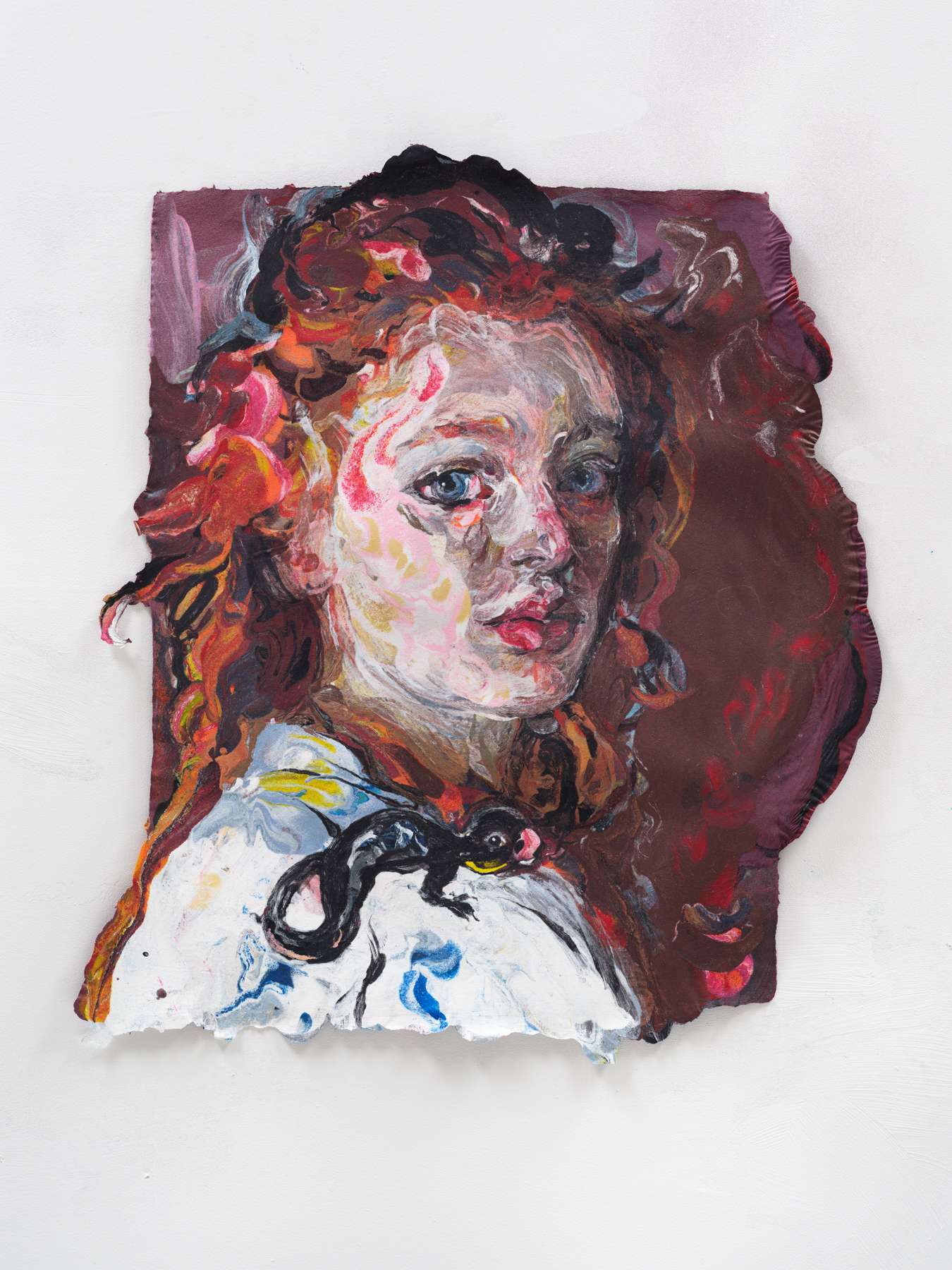 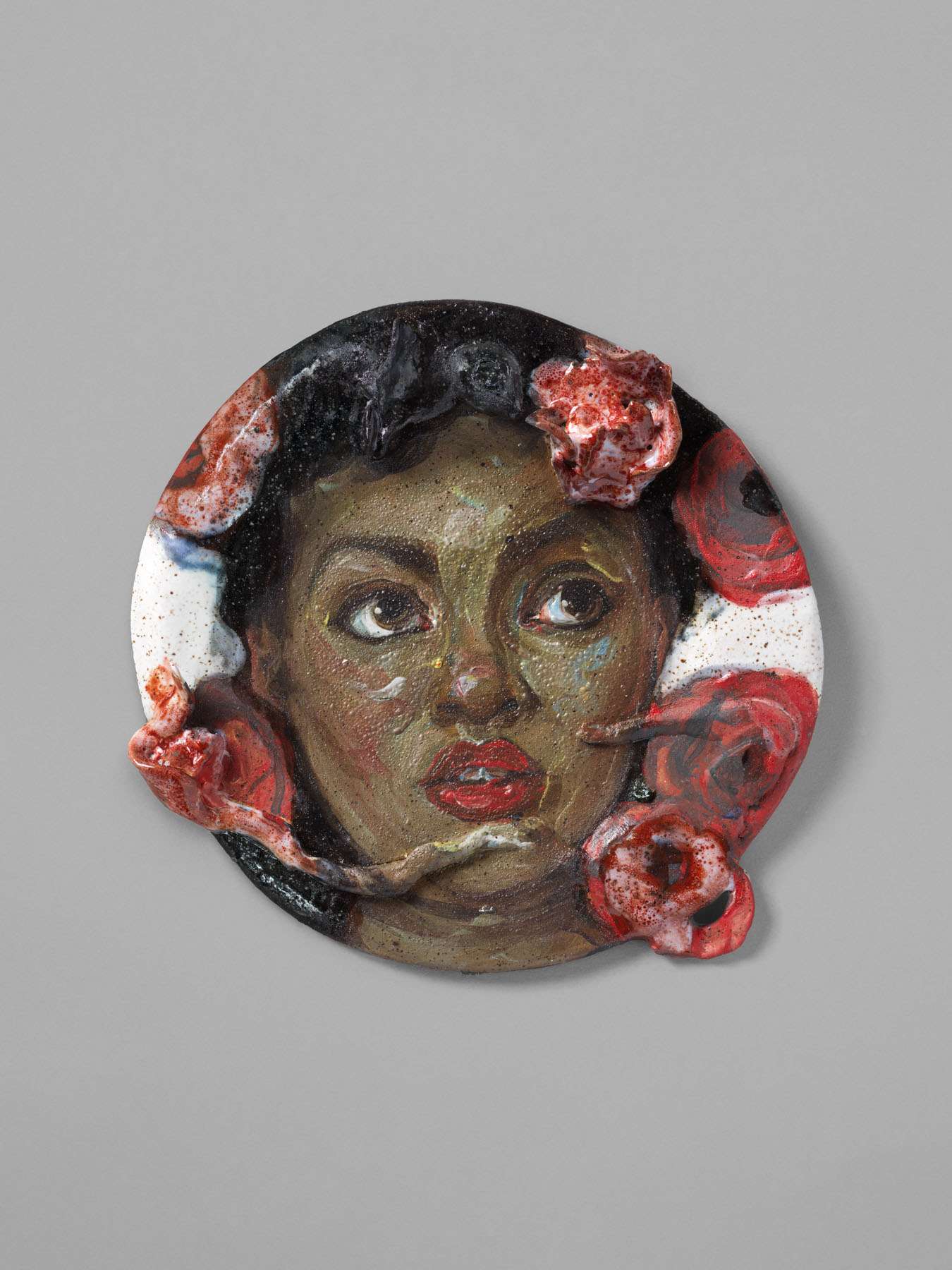 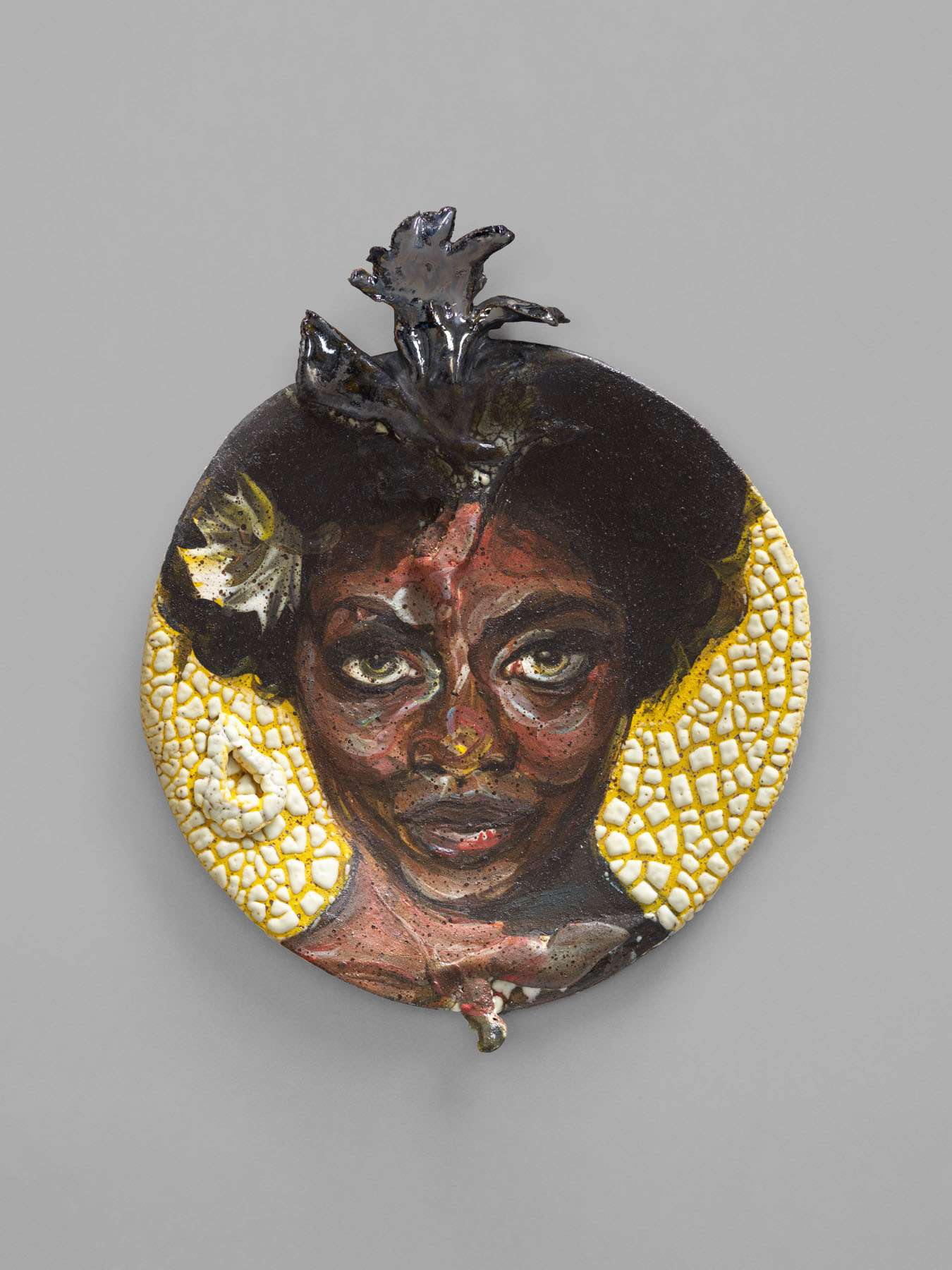 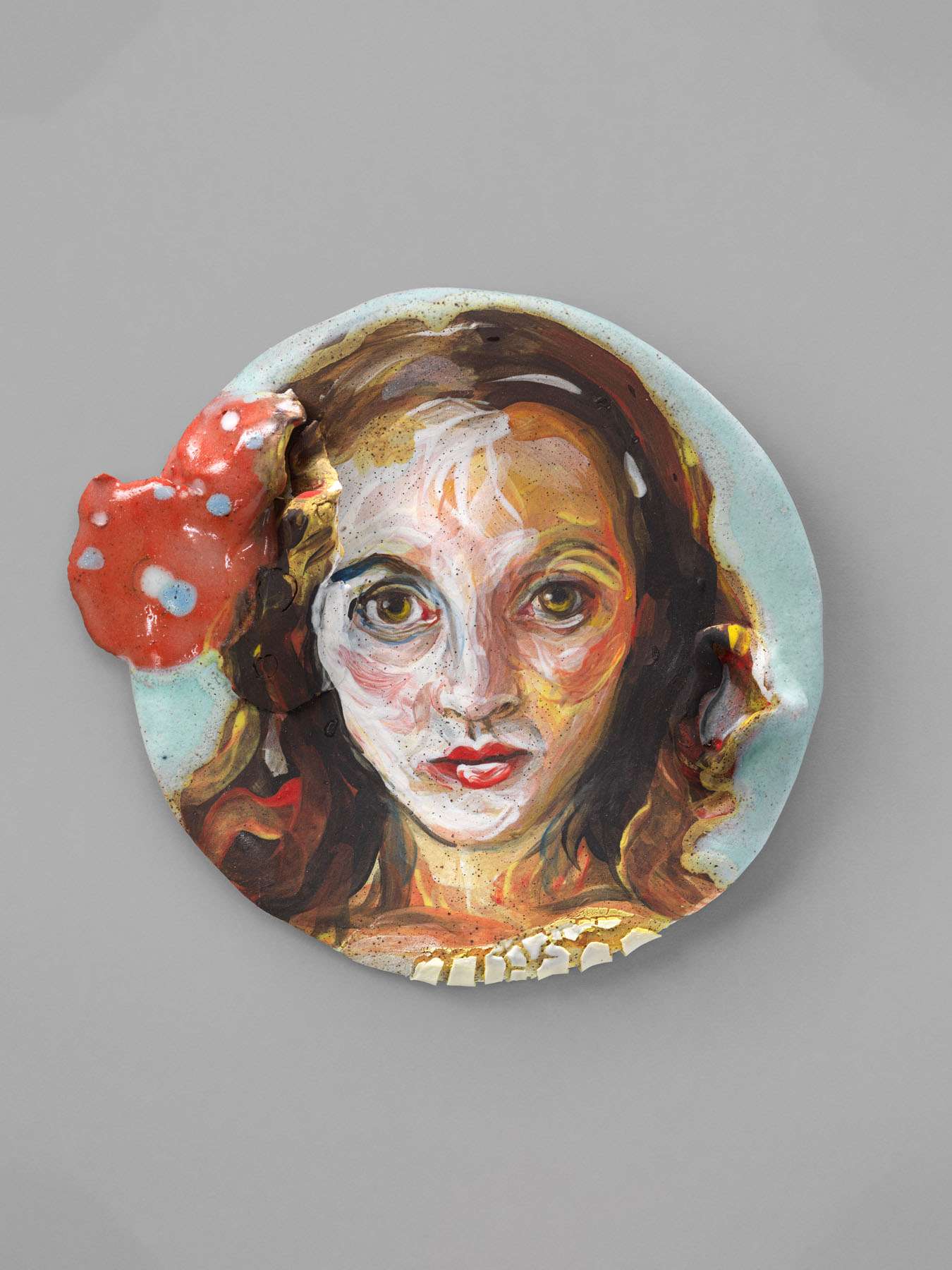 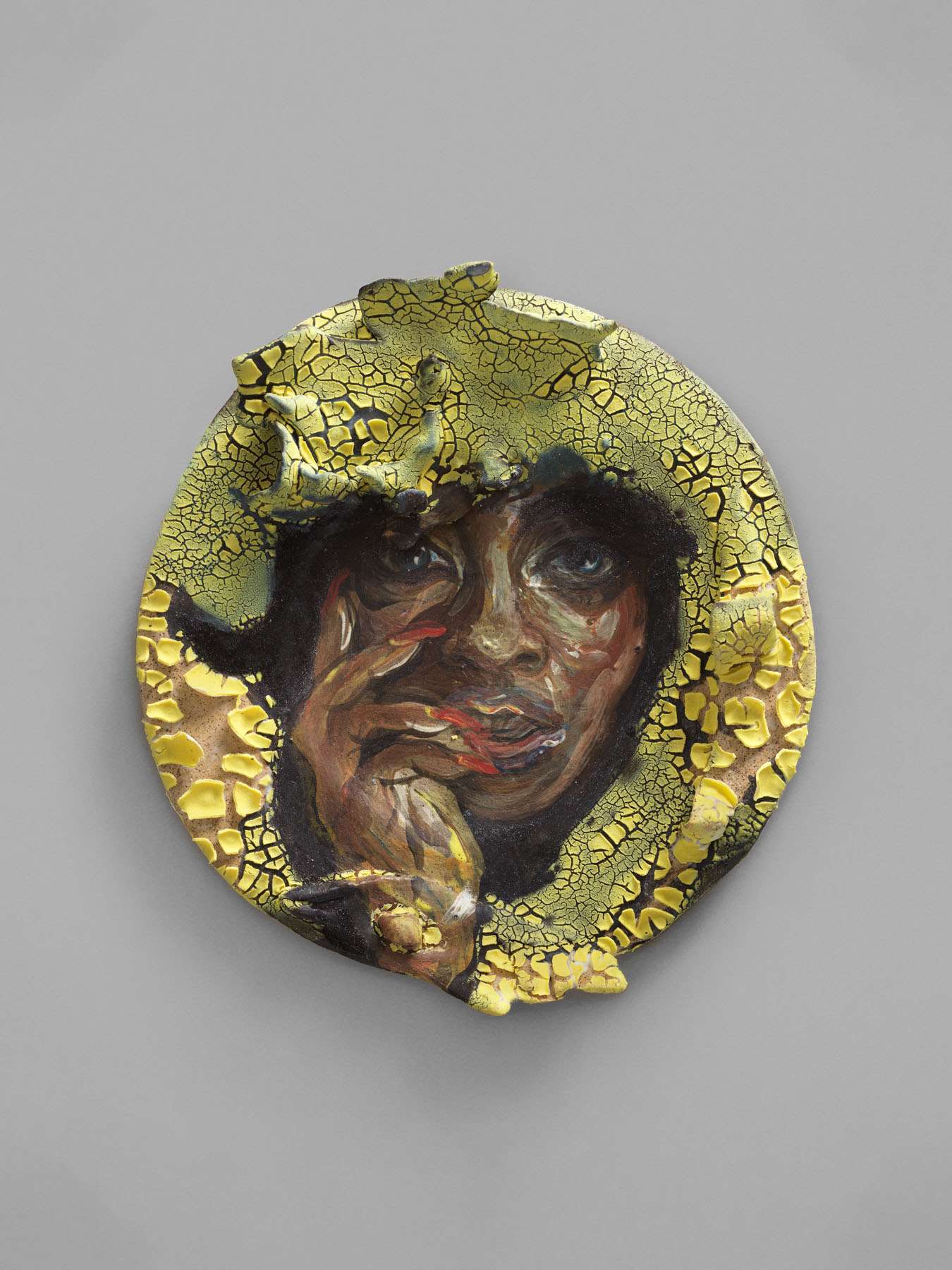 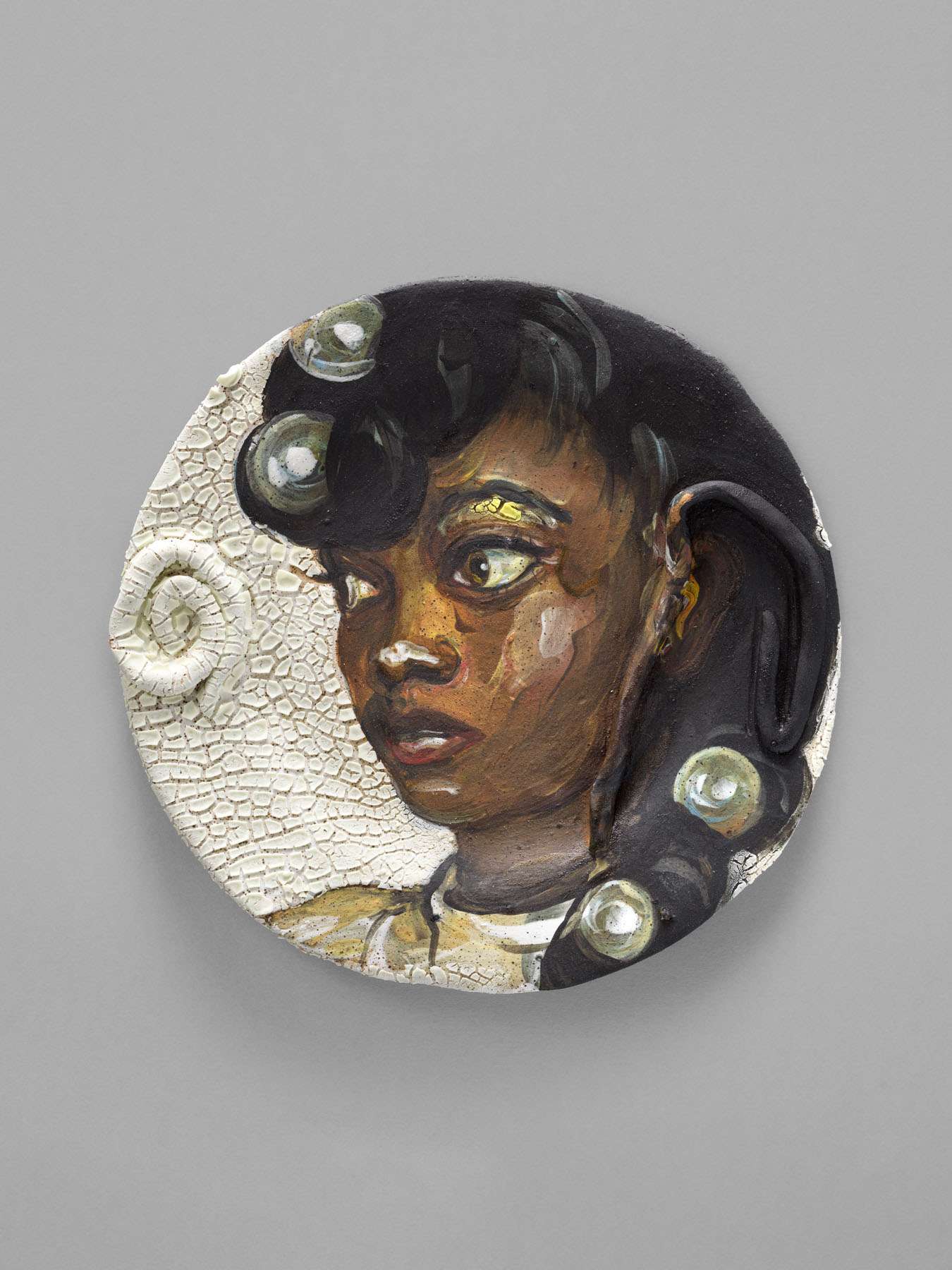 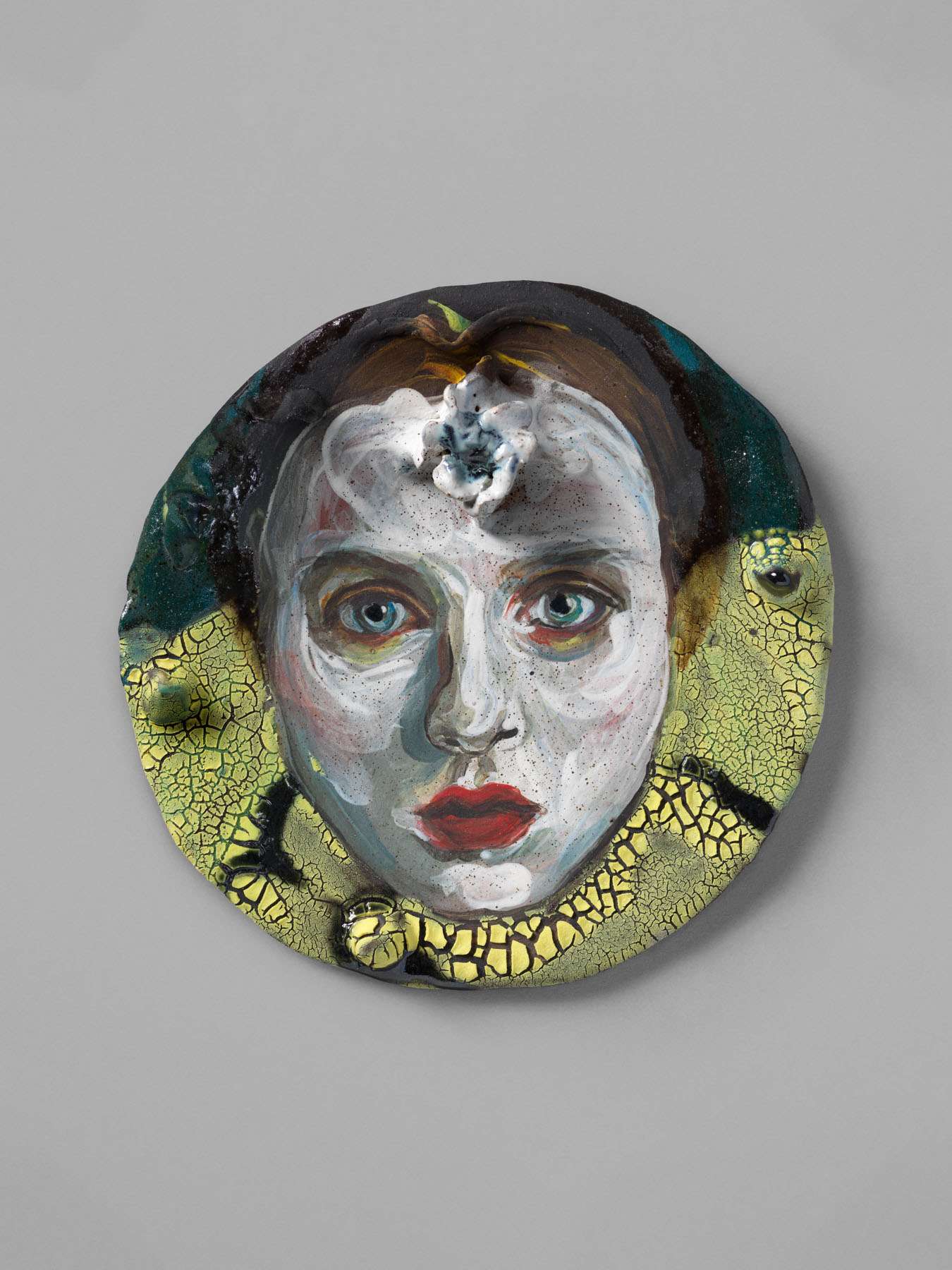 “In giving us back the women heroines and images and lives that were once the heart and soul of the oldest stories, Natalie Frank is giving back...the right to honor and tell our own stories.” — Gloria Steinem

Salon 94 and Lyles & King are thrilled to collaborate on Cross-dressing for the Battlefield, a two-gallery solo exhibition of new paper and sculptural works by Natalie Frank. Over the course of her career, Frank has surprised, unnerved and delighted viewers with her multi-disciplinary art practice focusing on the unwavering power and agency of women. Always experimental, the artist gained acclaim for her iconoclastic reimagining of un-sanitized fairy tales, first in books, and then in performance, when her Grimm’s Tales drawings became the basis for a collaboration between the artist and Ballet Austin. Frank wrote one of the first pieces about #metoo in the art world at the same time that she produced a series of drawings of the controversial 1954 erotic best-seller, Story of O. In each work, Frank creates an unforgettable panoply of complex women characters on the brink of radical self discovery and transformation. Her female tropes are drawn from fairy tales, literature and art history, yet her subjects challenge the societal strictures and conventional conceits of their original casting. Frank’s protagonists—visualized across painting, drawing, sculpture, animation, books, ballet and opera—embody the expressive potential of subjective identity as seen through our shifting notions of feminism and self-determination.

Cross-dressing for the Battlefield explores female resistance, transgression and desire through the lens of feminist portraiture. Drawing inspiration from Leonardo da Vinci’s The Last Supper, Judy Chicago’s The Dinner Party and Joan of Arc, the artist plays with concepts of premonition, congregation, performance and fantasy. Frank’s subjects perform their feminine identity rather than inhabit it.

At Salon 94 Freemans, eight colorful paper pulp paintings take center stage surrounded by a chorus of elaborately underpainted and glazed ceramic sculptures displayed on pedestals and walls. Abandoning her usual sequential, narrative-based practice in favor of an incongruous gathering of female archetypes, Frank creates a theatre-in-the-round, a stage from which her multiple narratives unfold. Brides, singers, saints and sinners co-mingle, each depicted in the act of transformation or becoming. Brightly adorned with blooming flora, they converse with their animal counterparts who act as talisman, spirit guide, or alter-ego. An owl with outstretched wings lands atop a woman’s shoulder, while elsewhere a regal iguana settles atop the coifed head of a figure deep in thought. Composed of layered pigmented paper pulp or twisted, painted clay, Frank’s sitters are embodiments of baroque embellishment, with each lavish attribute pointing to the construction of feminine identity and the disruption of conventional gender norms.

In giving us back the women heroines and images and lives that were once the heart and soul of the oldest stories, Natalie Frank is giving back...the right to honor and tell our own stories. — Gloria Steinem

The exhibition continues at Lyles & King, where Frank’s paper pulp heroines take their seat at the table. Frank’s cast of women, led by the cross-dressing warrior Joan of Arc, expand beyond their respective frames into tableaux. Two wall vinyls spanning the entire length of the gallery, made from Frank’s drawings, surround seven-foot tall seated female figures whose portraits are composed of paper pulp. Here, two weary soldiers break bread with their sisters: a seminude bride subversively clad in diaphanous white; a combative dominatrix gripping her leather whip; a high-heeled woman in red balancing seductively atop her wobbly chair; and a bashful-yet-noble robed figure peeking through a fistful of freshly cut flowers. Their table, sprung from the wall, provides a runway for vessels that are formed by women inhabiting both quotidian and magical roles.

Natalie Frank (b. 1980) is an artist whose work focuses on the intersections of feminism, sexuality and violence. She has produced a number of books in recent years, including O (2018); The Sorcerer’s Apprentice (2017); and Tales of the Brothers Grimm (2015). In May, Princeton University Press will publish Frank’s fifth book, The Island of Happiness: Tales of Madame d’Aulnoy.

In June, the Madison Museum of Contemporary Art (WI) will mount Unbound, a survey exhibition of Frank’s drawings, books and performance works. The show will travel to the Kemper Museum of Contemporary Art, Kansas City (OH) in January 2022. Also this summer, PBS will premiere Jar Full of Bees, a newly commissioned opera incorporating Frank’s drawings, composed by Paola Prestini and starring Met Opera soprano Eve Gigliotti. Frank previously served as artistic director of Grimm Tales, a production staged by Ballet Austin in Texas, in which she collaborated with artists on producing sets, costumes, animations and textile designs.

The artist’s work is in the collections of the Art Institute of Chicago (IL); the Blanton Museum of Art, Austin (TX); the Brooklyn Museum (NY); the Everson Museum of Art, Syracuse (NY); the Pennsylvania Academy of Fine Arts (PA); the Rose Art Museum, Waltham (MA); the Frances Young Tang Teaching Museum, Saratoga Springs (NY); the Whitney Museum of American Art, New York (NY); and the Yale University Art Gallery, New Haven (CT). In 2015, the artist was featured in a solo exhibition, Natalie Frank: The Brothers Grimm at the Drawing Center, New York (NY), which traveled to the Blanton Museum of Art, Austin (TX). In 2004, Frank received the prestigious Fulbright Scholarship.