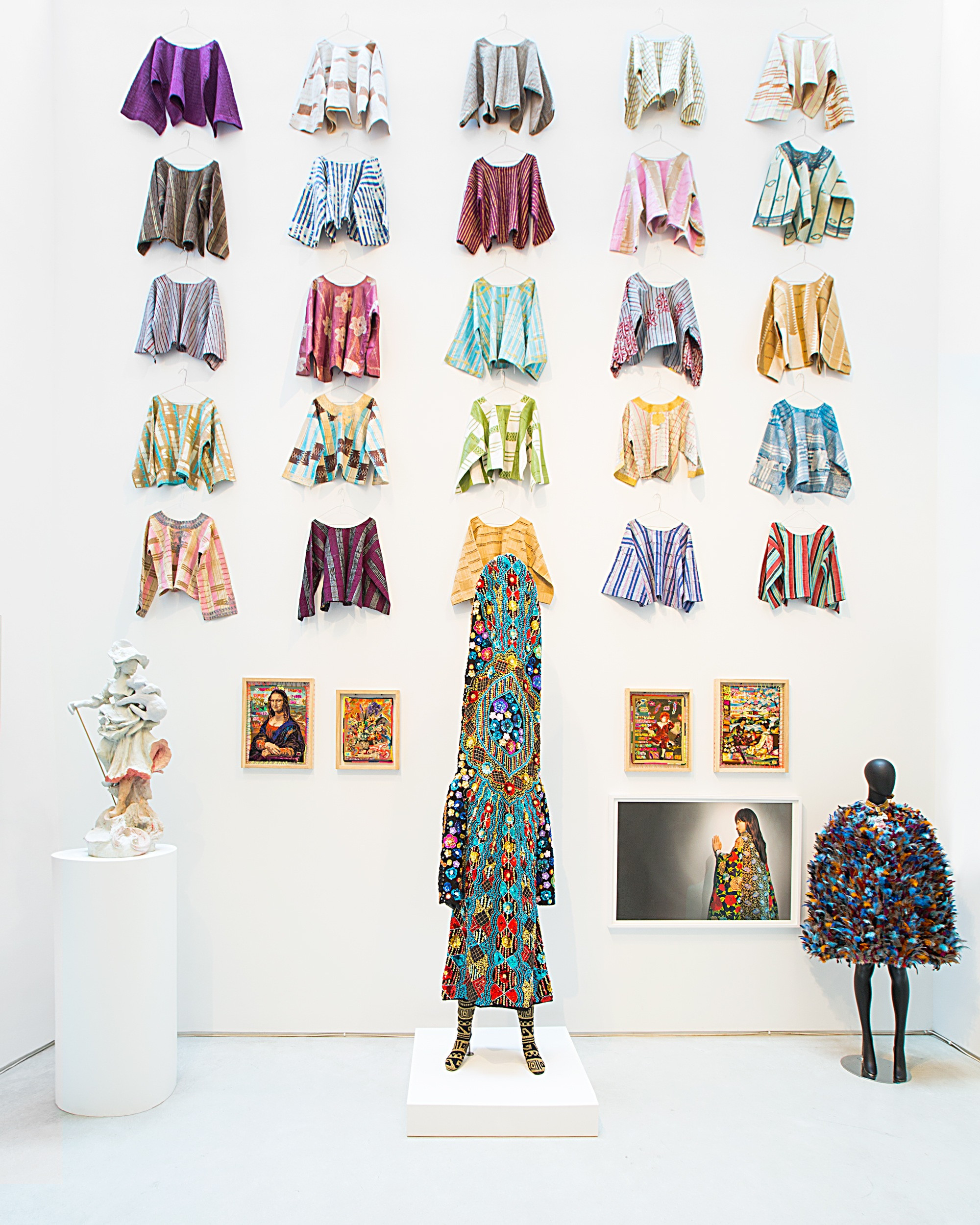 London-based fashion designer Duro Olowu will present a new group show and separate pop-up boutique of fashion and art at Salon 94 Bowery. A sequel to the designer’s 2012 installation at Salon 94 Freemans, the show will present selections of contemporary and vintage art and photography, textiles, furniture, ceramics and objets trouvés. Alongside this will be a boutique featuring limited edition fashion and accessory designs from Olowu's latest collection.

For More Material, Olowu has curated a wide array of items fashion, film and art referencing women that have long been a source of inspiration in his own work. Clothing created by Duro for the exhibition will focus on a series of intricate new capes that serve to both ornately decorate the wearer while simultaneously cloaking her femininity. A dramatic installation of antique Yoruba women’s costumes from the early to mid twentieth century provides insight to some of the designer’s source material. According to Olowu “I wanted to show female rebellion in an elegant and less confrontational way.”

The visual cornucopia provides surprising insights and inspiration for the way women and the female form have sparked creativity. Olowu adds “My ongoing discovery of both the new and the old is key to my personal joie de vivre. Creating an environment to share my discoveries and create new counterpoints and understandings for others has proven a fantastic way to share my passion with a larger audience.”

Since launching his label in 2004, Duro Olowu has been honored by the British Fashion Council in 2005 with the prestigious New Designer of the Year Award, and the Best International Designer Award at the African Fashion Awards and was also a finalist for the Swiss Textiles Award. Alluring silhouettes, sharp tailoring, original prints and vintage textiles in combinations are Duro’s signature, inspired by his Jamaican-Nigerian heritage and London upbringing, making him a favorite among fashion insiders.