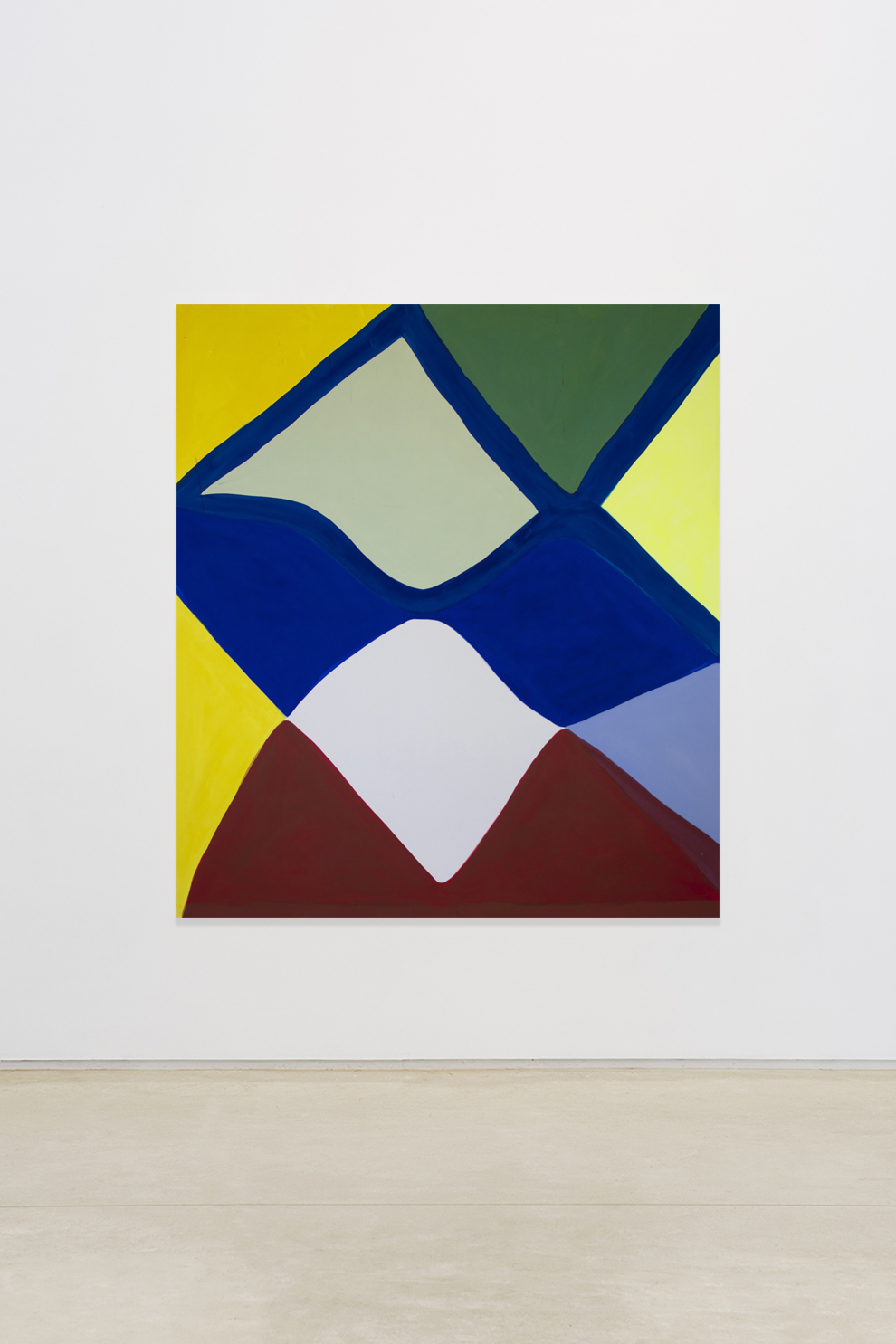 Marina Adams marks her debut exhibition at Salon 94 Bowery with a striking burst of color. Soft Power includes five large-scale paintings that display the artist’s deft use of palette. Fluently pushing color into form, Adams creates undulating, interlocking shapes that reveal a powerful internal rhythm beneath their surface simplicity. As the artist puts it, "Meaning and intellect in abstract art can be difficult to locate, as there is no narrative to lead us into it. It is like the voice itself. I use pattern and color to create the voice. And I use structure and form to channel it."

Adams’ vibrant compositions use saturated shades and sensual shapes to pack a graphic punch. While purely abstract, the works’ organic, free-flowing patterns are redolent of landscapes or bodies. It’s no surprise that Adams, a 2016 Guggenheim Fellowship recipient, counts among her influences late Willem de Kooning and Joan Mitchell.

The artist has pulled out all the stops for her new work, both in terms of scale and brilliant hue. The title work, Soft Power, is a bold, Harlequin-style array of brightly-colored shapes resembling soft-edged diamonds or curvy parallelograms. This title refers to political scientist Joseph Nye’s late-20th century foreign policy strategy that aimed to attract, rather than coerce, other countries through diplomacy, political ideals and cultural exchange. Similarly, Adams’ sinuous, puzzle-like canvases, seduce, rather than bombard, the viewer’s gaze.

Alice When She’s Ten Feet Tall presents a series of brightly-tinted serpentine shapes, seamlessly joined together in a segmented, asymmetrical whole that nonetheless seems perfectly balanced, whether the focus is on the single central deep blue section or, say, the green and orange squiggles that bracket it. Upon closer examination, what look like flatly applied blocks of color reveal small drips and strokes, what Adams calls “leaving her tracks,” which give her work yet another dimension.

Bigger, composed of just three colors, dark-green and purple in the foreground, with greyish-white in the background, elegantly illustrates Adams’ desire to “do as much as I can with as little as possible.” The two curvaceous jig-saw puzzle pieces, one on top of the other, equally evoke a towering phallus or a pregnant belly in profile.

The density of Adams’ colors: shades of yellow, orange, blue, and green, and their geometric shapes, can bring to mind the classic 1950s’ children’s toy, Colorforms. But the artist’s sophisticated mix of colors—a soft green or turquoise, a slightly burnt orange, and her off-center and arresting forms, imbue her often curvy patterns with a subtle eroticism, without veering into gender issues.

In order to find the flow of each canvas, Adams first draws the composition in charcoal. When she begins to paint, she says, the painting’s fluid rhythm asserts itself, sometimes, it seems, wanting to continue right off the edge of the canvas. “I think of it more like music in that respect, that there’s a flow and a continuum.”

A series of four slightly smaller canvases have a softer palette and more conventional patterns. But while they seem somewhat more decorative, they clearly retain their sensual charge, as in the aptly-titled What Venus Said to Mars, with its frankly vaginal orange-and-blue core.

Unlike many contemporary artists, who deliberately blur the line between figurative and abstract, Adams’ current work is unabashedly—and exuberantly--abstract, allowing the artist to revel in the “soft power” of playing with sheer color, form and pattern.

In that sense, her work bears a Matisse-like connection to the intricate patterns of textiles. There is also a resonance with the rich designs of Moroccan rugs—and for that matter, those by Sonia Delaunay. Another inspiration for the artist has been Moorish mosaics, such as the magnificent tessellated walls in the Alhambra palace, in Granada, Spain, which sparked a personal epiphany: “It all comes down to creating not the thought, but the space for thought. It is this that is ultimately the most timeless, the most useful, the most necessary and the most radical….possibly the most dangerous.” Or, in the term Adams has borrowed for her show, Soft Power.

Marina Adams was born in Orange, NJ in 1960, She lives in Manhattan, and maintains studios in Greenpoint, Brooklyn and Parma, Italy. Past solo exhibitions of her work include shows at Galerie Gris, Hudson, NY in 2013 and 2015; Marina Adams: Coming Thru Strange at Hionas gallery, NY, 2013; Marina Adams at CUE art Foundation, NY, 2008, and The Nature of Line, at Magazzino d’arte Moderna, Rome, Italy, 1997. Her work was recently featured in Making & Unmaking: An exhibition curated by Duro Olowu at the Camden Arts Centre, London, UK (2016). Publications include collaborations with poets Norma Cole, Actualities, (Litmus Press, 2015) and Vincent Katz, Taormina, (Kayrock, 2012).

Salon 94 Bowery is located at 243 Bowery between Stanton and Rivington Streets. The gallery is open Tuesday through Saturday 11 am – 6 pm. For all press inquiries, please contact Sophie Wise | Company Agenda | [email protected] | 212-358-9516.