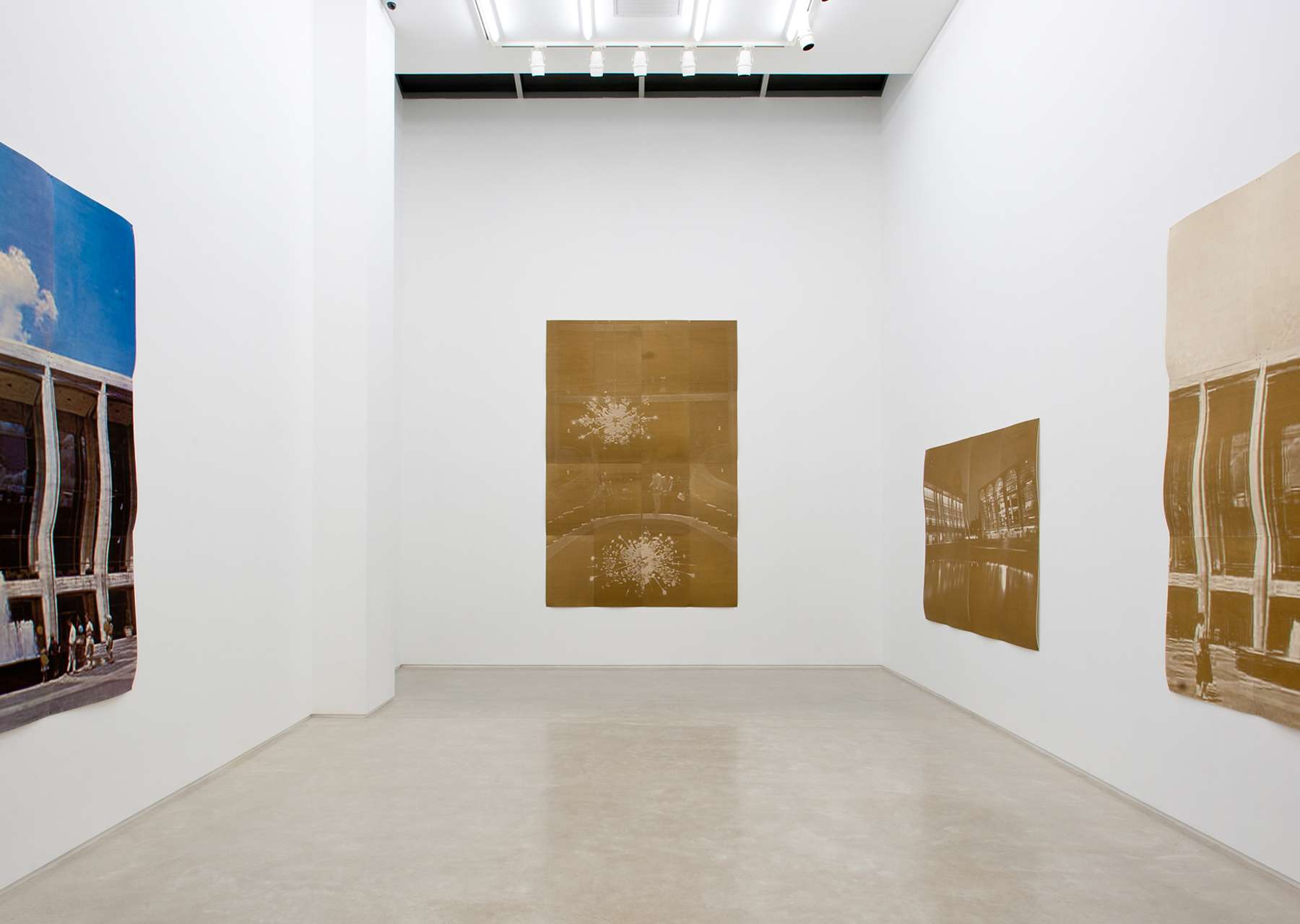 With Momentum, Simpson continues her exploration of history and memory with a new video and a suite of serigraphs on felt that draw on a monumental event from the artist’s own past.

Salon 94 is pleased to present Momentum, an exhibition of new work by Lorna Simpson at Salon 94 Bowery. This is the artist’s second solo show with the gallery.

Over the past five years, Simpson has been making artwork that explores the relationship of the photographic archive to self-fashioning. With Momentum, Simpson continues her exploration of history and memory with a new video and a suite of serigraphs on felt that draw on a monumental event from the artist’s own past.

Her new video, Momentum recreates one aspect of a ballet performance at Lincoln Center that Simpson participated in when she was eleven. The memory of the choreography of the performance has long faded, but what remains is an indelible image of pirouetting on-stage covered from head to toe in gold. For the video, Simpson has assembled a company of more than a dozen professional and student dancers donning gold body paint, gold Afros and gold ballet shoes. Filmed against a stark white background, the dancers stand in formation, coming to life with tail-spinning twirls, interrupted by long passages of repose. Mirroring Simpson’s memory of the event, the video’s narrative structure is fragmented by moments of inactivity. Simpson recalls her transformation from spectator to performer and her intense desire to be in the audience while on stage. This video completes the transition, illuminating the tenuous relationship between memory and event, performance and spectatorship.

Accompanying the video are four large-scale felt works featuring interior and exterior photographs of Avery Fisher Hall and the Metropolitan Opera House, gathered from Simpson’s archive of post-cards from the 1960’s. Printed primarily in gold ink, the images of Lincoln Center function as surrogate sites for Simpson’s narrative, lending it both a mystical, otherworldly feel and historical verisimilitude.