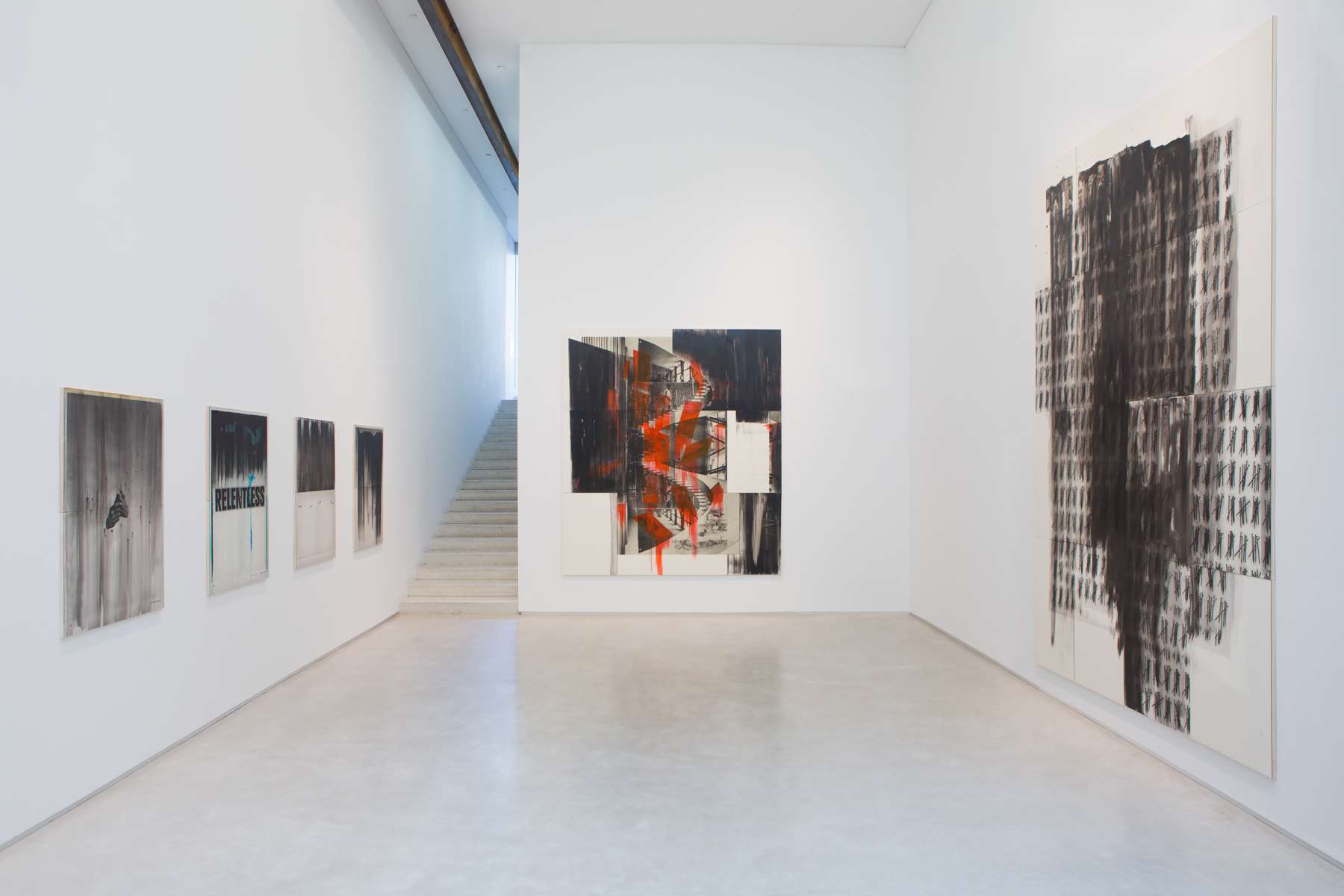 Developed after years of an intense collage, watercolor and ink practice, Lorna Simpson uniquely combines printed photographs, ink and acrylic on multi-­paneled clay board to make monumental and mid­size paintings.

Lorna Simpson’s third solo exhibition at Salon 94 Bowery marks her first exhibition of paintings following their premiere in the 56th Venice Biennale, Okwui Enwezor’s All the World’s Futures. Developed after years of an intense collage, watercolor and ink practice, Simpson uniquely combines printed photographs, ink and acrylic on multi­paneled clayboard to make monumental and mid­size paintings. Her longstanding interest in and dissection of images of deconstructed identity are in evidence but now distilled into symbolic notations and cues.

Rising 12 feet high, Enumerated, 2016 features hundreds of images of nails clustered in groups of five. Resembling the tally marks scratched on to prison walls­ a record of days in captivity, Enumerated sets a poetic and hushed yet searing tone for this exhibition. Also on view is a series of paintings that line the wall, each one isolating a found phrase, a body part, or graphic image. As if stripping bare the pages of Ebony— from advertisement to fashion and editorial— these elements are obscured into a single essential motif or phrase. As though Simpson has washed away all insignificant details, we are left to confront the fragments in today’s political and social climate. The “pages” or paintings juxtaposed in a signature seriality are formally unified by a gradient background, each with subtle tones of black, grey and white.

Simpson’s painting practice has its roots in a series of photographic collages culled from vintage Associated Press photographs from the late 30’s through the 70’s, as well as from the pages of Ebony and Jet magazines of the same era. In a deceptively simple gesture, her collages first isolate and then bind two cut­out elements; a playful yet exacting game to build her imaginative and cunning arsenal.