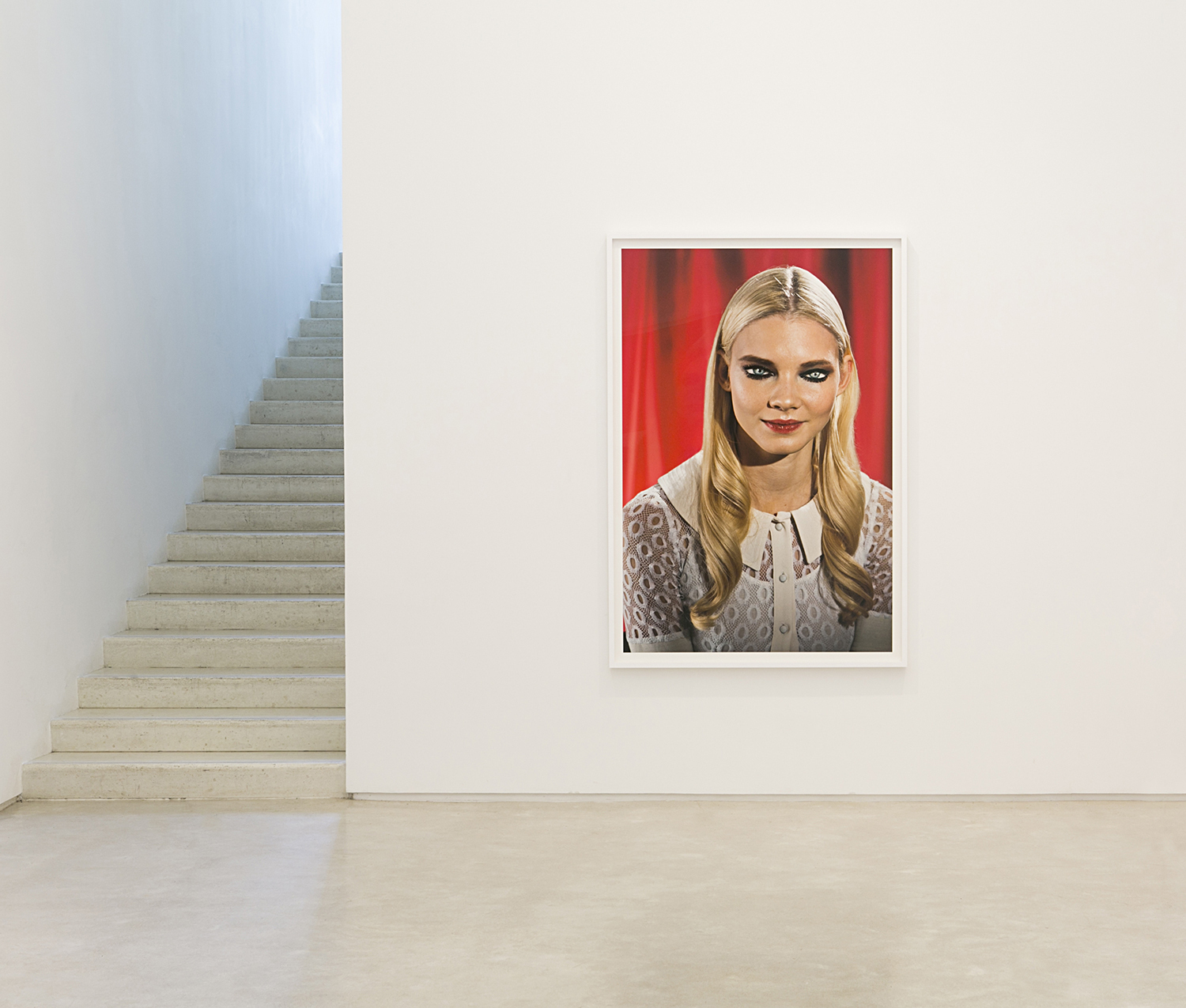 Kigurumi, Dollers and How We See

Salon 94 is pleased to present Kigurumi, Dollers and How We See, curated by Fabienne Stephan.

"After several years of working with lifelike latex dolls, (The Love Doll Days/ Days 1-36) I finally became comfortable working in a human scale environment. As I searched for my next subject I stumbled upon a sub-genre of Japanese cosplay called Kigurumi. Cosplay, short for "costume play," is a performance art in which participants wear costumes to represent a specific character or idea and often interact in groups to create a subculture based on role-play. This subset includes doll-like characters who dress up in Kigurumi masks and bodysuits. (The bodysuit is known in Japan as a ‘zentai’ or skin suit - a spandex “onesie’ that covers the whole body including the face, hands and feet.) Also known as “Dollers” or “Kiggers,” they go out publicly in their costumes, sometimes as paid entertainers at public events but more often to just “be” in their characters. Dollers frequently flip gender - with men dressed as females though there are girl Dollers and girls dressed as boys, stuffed animals and cartoon characters.

Dollers can become closely bonded with their Kigurumi identities and often feel more at home in their costume personas than their “real” selves. It can be difficult to see out of the masks’ eyeholes so the characters are sometimes led around by the hand making them seem even more fragile and vulnerable.

I searched the web for Kigurumi mask makers and the faces that appealed to me the most come from a cosplayer in Russia. I’ve created a group of characters based on his masks. I’ve dressed them, posed them, dyed their hair and let them develop personalities, gestures and tics based on the models who inhabit them. I perceive them as making an effort to reveal themselves to me and that is what I’ve been trying to record.

Some of my cosplayers are men and some are women but they all portray female characters. I try to explore the psychological subtexts of beauty, identity and persona surrounding the assembled Dollers. At first I dressed them only in fetish latex, which seemed both doll-like and right for their identities, but it soon became clear that they needed to expand their repertoire and play dress up.

While working with my characters I started to think about the implications of using a mask to alter one’s persona as well as my growing affection - even preference - for the masked performer. Might masking be at least part of the appeal of contemporary forms of imaging and presentation of the self via social media? In the last decade the boundaries separating identity and persona have become increasingly blurred — as individuals ‘present’ their BEST selves to their Twitter, Facebook and Instagram followers. One tilt of the iphone can make the difference between a glamorous, funny or obscene selfie. I wonder about the fuzzy space between who “we” are to ourselves and the “we” that is invented, constructed and expressed using the readily available tools of the 21st century? Aren’t we all playing dress-up in some part of our lives?

The first two photos from a new series titled How We See also steal from an anime convention of painting real eyes on closed eyelids. Two fashion models (a blonde and a red head) were made up to resemble 'Doll Girls' - young women who surgically enhance themselves to look like Barbies. Like the Mona Lisa their painted on gaze appears to follow you wherever you move. All of the characters in Kigurumi, Dollers and How We See have been photographed in a tiny abandoned brick house in Connecticut. The family that lived there painted the rooms exotic colors and made little drawings on the wall, creating a space that feels like an overgrown version of the dollhouses I’ve used in the past.

Most importantly the Kigurumi masks allow me to work with human players to explore the blurry place between human and doll, animate and inanimate. I recently read a quote from a Kigger who said 'I like the idea of existing somewhere between the 2-D and 3-D worlds.' I think that has always appealed to me as well."