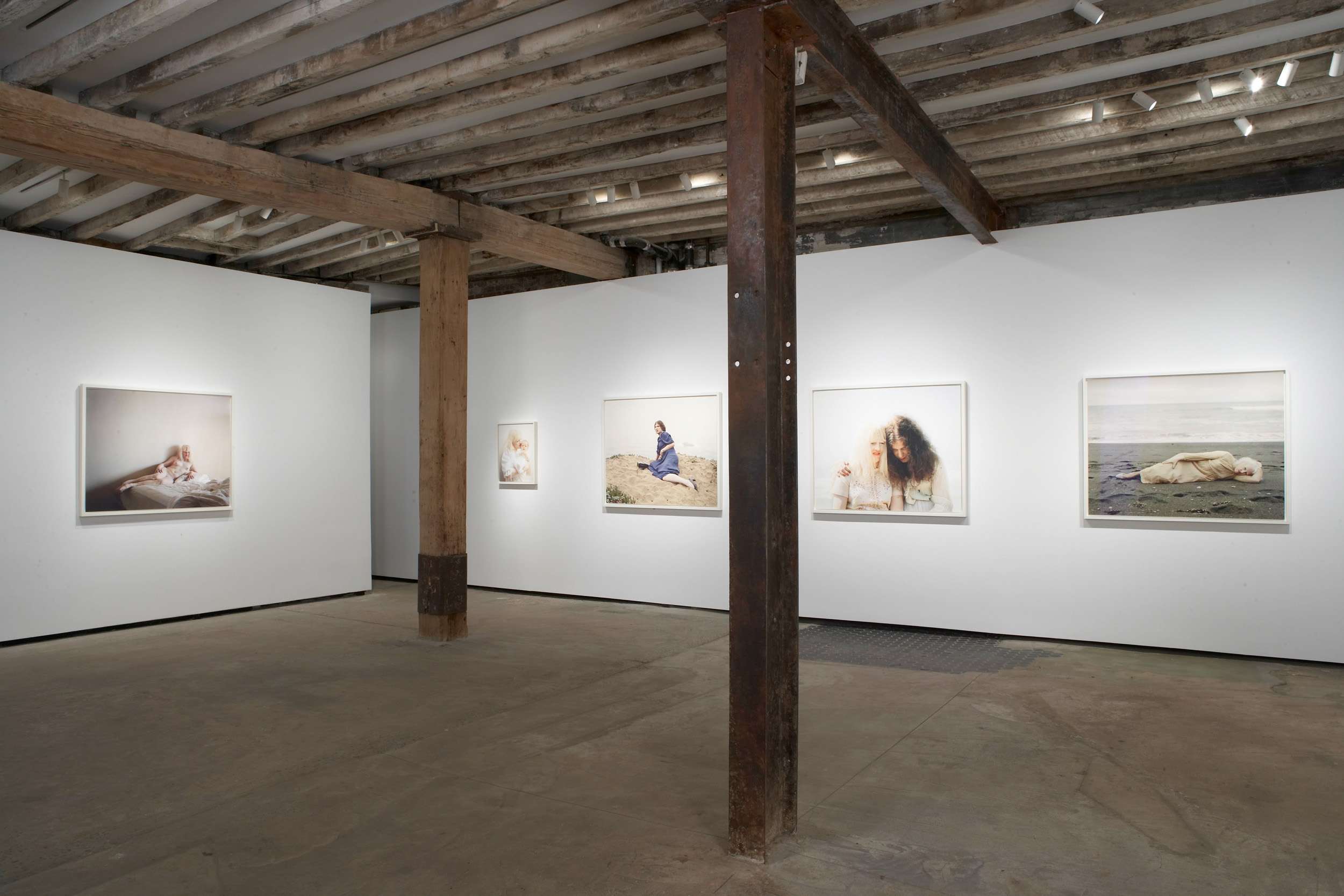 Salon 94 and Greenberg Van Doren Gallery are pleased to present Lady Into Fox and Another Woman Who Died in Her Sleep, two new series by Katy Grannan.

In the new works, Grannan explores the uneasy relationship between fixed photographic portraiture and her subjects’ mercurial identities. The photographs are replete with ambiguity and contradiction: they are evidence of an invented, unknowable self, confronting undeniable, inescapable photographic description. Her subjects are “new pioneers,” three northern Californians who struggle to define themselves under the scrutiny of relentless sunlight. California serves as both a literal and metaphorical backdrop for Grannan’s photographs. It is a mythical destination and a real end-point where sunshine illuminates both the abject and the joyful.

Lady into Fox features Gail and Dale, two middle-aged transsexuals and best friends whose experience in the world is mediated by romantic escapism and willful delusion. Grannan thoroughly embraces her subjects’ vision of themselves, their interpretation of femininity, and the pleasure they derive from gender mimicry and performance. The photographs, however, also describe the pair’s solitary interior lives and their deeper existential need to be visible.

Another Woman Who Died in her Sleep follows Nicole, an elusive and complicated woman with whom Grannan worked for nearly three years. Grannan’s shifting photographic approach mirrors Nicole’s ever-changing persona, her defiance, and her near self-annihilation. Here, Grannan questions photography’s ability to describe a complex individual with a single photographic “truth.” Grannan’s subjects are like treasures, or hallucinations. They are preserved and re-presented and, in these photographs, become something other than what they were. Oscar Wilde famously stated, “Anyone who disappears can be seen in San Francisco.” In these photographs, they appear over and over again.

Katy Grannan was born in Arlington, MA in 1969. She lives and works near San Francisco. Her work has been included in the 2004 Whitney Biennial. She is a recipient of the 2004 Baum Award for Emerging American Photographers. Her work is in the collections of The International Center for Photography, New York; the Guggenheim Museum, New York; San Francisco Museum of Modern Art; The Whitney Museum; and The Metropolitan Museum of Art. Her new, limited edition book entitled The Westerns will be published by Fraenkel Gallery, Greenberg Van Doren Gallery, and Salon 94 on the occasion of three exhibitions in January 2008.