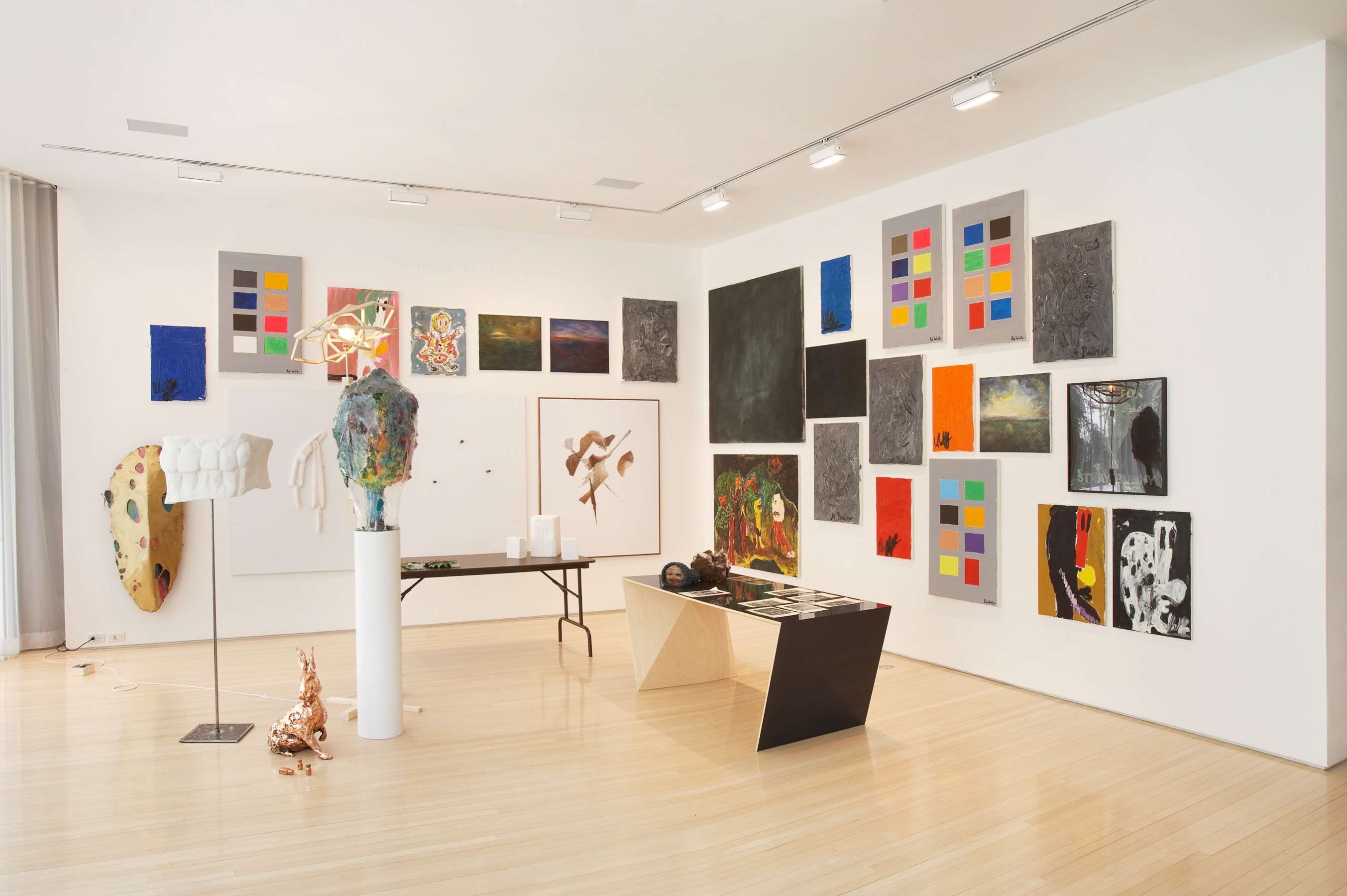 An exhibition by André Butzer.

“Dear Ladies and Gentlemen, Kommando Calvin Cohn New York is part of a small series of group shows that have taken place in the USA and Europe in the past few years:

For most of these shows I, André Butzer, was part of the organizing process, inviting the artists to participate. Some of these shows took place in honour of my company FRIEDENS-SIEMENSE CO., which is my personal little organization dedicated to abstraction. My fellows and co-directors in this company, Prof. Winkler and Dr. Thomas Groetz, have contributed their own visions of culture in their fields and have often helped me bring these kind of exhibitions into a form. This is also true of Ulrich Wulff, who remains one of the best painters of our times.

The term “Kommando” refers to a new concept of a higher, but very weak being to which we aspire. It is the organizing process that remains the distinguishing feature of these shows. We would like to call ourselves new geniuses, on the one hand celebrating such a normal claim, while on the other hand knowing the name has been forbidden since the last 5 or 6 years. We celebrate that we are here in New York, and try to do so through this show in a thankful and balanced way, but at the same time we are told that this is forbidden, too. That’s called a Kommando (see also: “Kommando Kartoffelschälen”).

Calvin Cohn on the other hand is a figure out of a sci-fi novel by Bernard Malamud. Cohn, the son of a Jewish rabbi, is the only human left on earth and tries to save mankind by sharing his genes with a monkey woman. Unfortunately there is no happy end to this story and another Christian chimpanzee appearing during the last scene of the book answers Cohn’s wish to burn him while exclaiming a short “Pong!”-

Note: you don't have to necessarily read such a book in order to check out the exhibition nor to understand the book itself.”