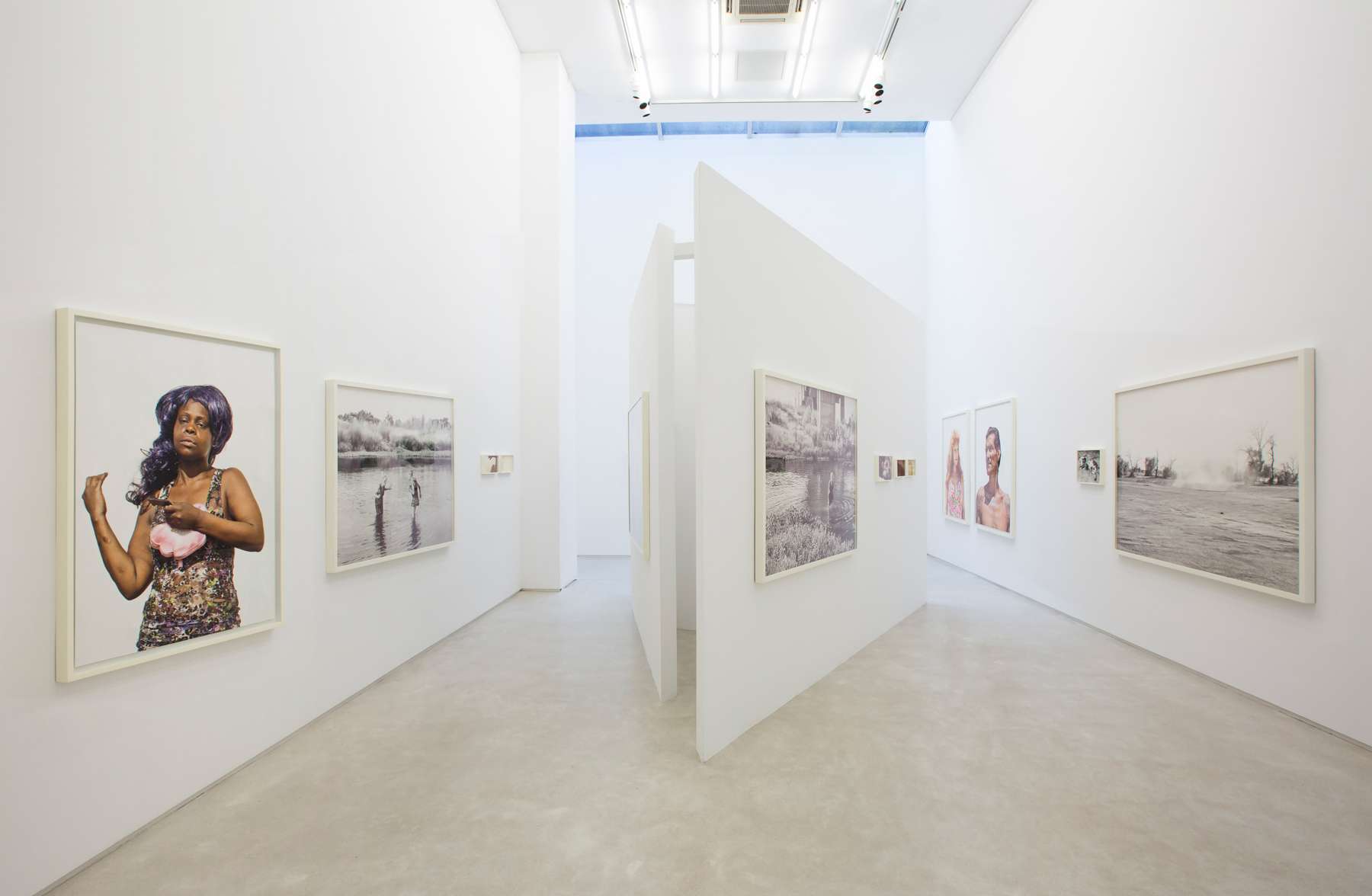 Katy Grannan explores the significance and complexity of the seemingly ordinary, the mundane and the overlooked—anonymous strangers, familiar gestures and interactions—the soundscape and theatre of nowhere.

Katy Grannan’s solo exhibition at Salon 94 Bowery is set in the parched landscape and the forgotten towns along Highway 99 in California’s Central Valley. The artworks include both large and small-scale color and black & white photographs, film stills, and video installations. The location is also the setting for Grannan’s debut feature film, The Nine, which will premiere in early 2016. Throughout the new works, the artist explores the significance and complexity of the seemingly ordinary, the mundane and the overlooked—anonymous strangers, familiar gestures and interactions—the soundscape and theatre of nowhere.

This is the other side of the American Dream.

The photographs, videos, and the film were made over four years in collaboration with the local community. The Nine, Grannan’s upcoming film is an intimate and unflinching portrait of a ravaged community living on Modesto's South Ninth Street—known as "The Nine”—a barren, forgotten street in California’s Great Central Valley (the setting for The Grapes of Wrath and Dorothea Lange’s Migrant Mother). The film focuses on Kiki, an effervescent and childlike drifter, whose only means of escape is through her imagination, and whose precarious sense of self worth hinges on the making of the film. The Nine never sensationalizes—rather, it is a quiet elegy to Kiki and others living on the street, each of whom clings to the possibility of an alternate life. Through Kiki’s brave vulnerability, keen observations of lost childhood and the fundamental need for connection, the distance between ourselves and the “the other” is erased.

Grannan’s ability to generate keen empathy between her subjects and the viewer is evident throughout Hundreds of Sparrows, effectively providing visitors a contemporary immersion in a storied setting in American history.

The exhibition features a video installation designed in collaboration with architect Douglas Burnham of Envelope A+D. A two-volume publication, The Ninety Nine and The Nine, will accompany the show and will feature photographs included in the exhibition.

Katy Grannan (b. 1969 in Arlington, MA) lives and works in Berkeley, CA. She received her BA from The University of Pennsylvania and her MFA from Yale University, New Haven, CT. Her work has been featured in exhibitions worldwide and is in the collections of the Museum of Modern Art, New York; the Solomon R. Guggenheim Museum, New York; the Whitney Museum of American Art, New York; The National Gallery of Art, Washington, DC; the San Francisco Museum of Modern Art, CA; The Los Angeles County Museum of Art, CA, and many others.