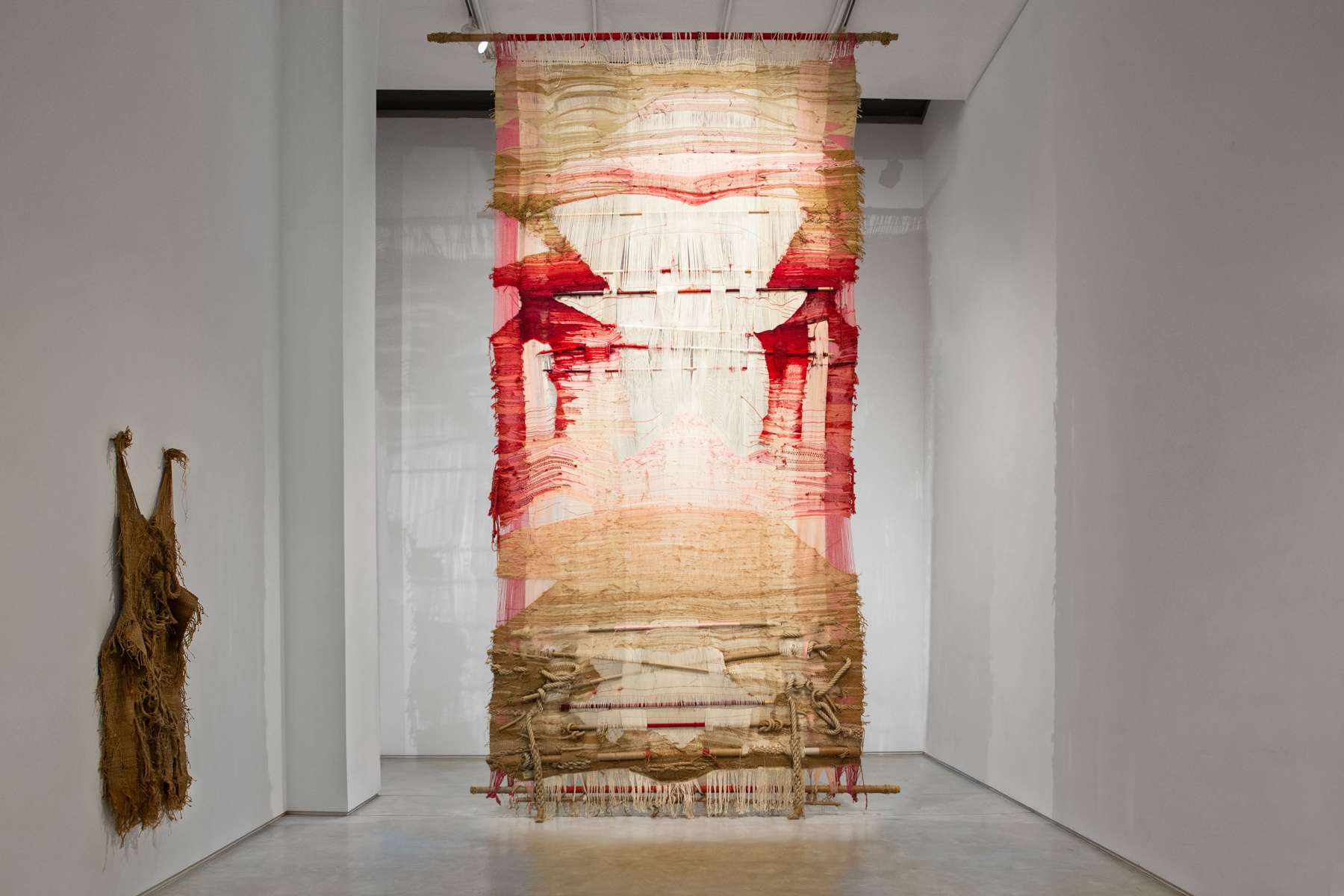 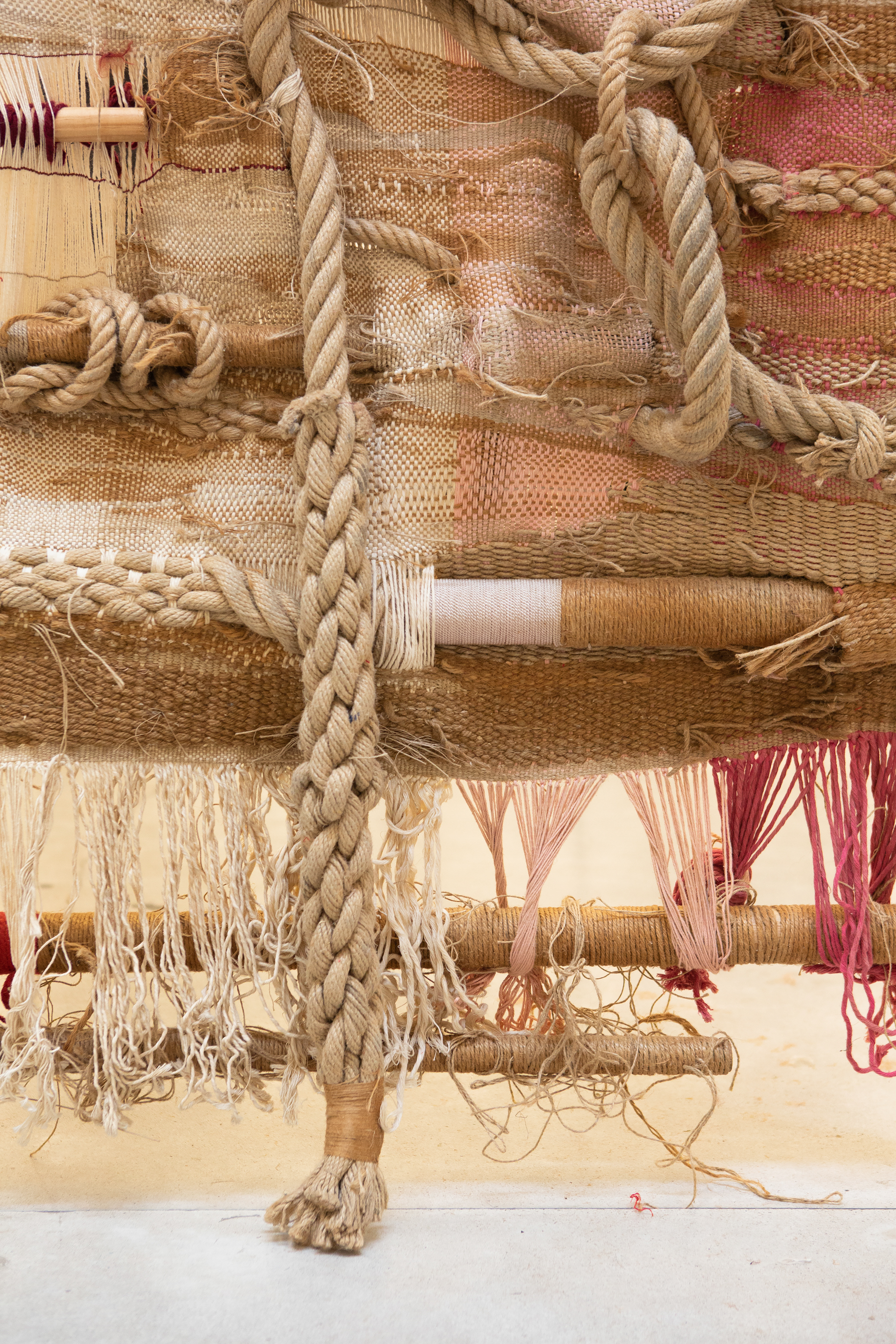 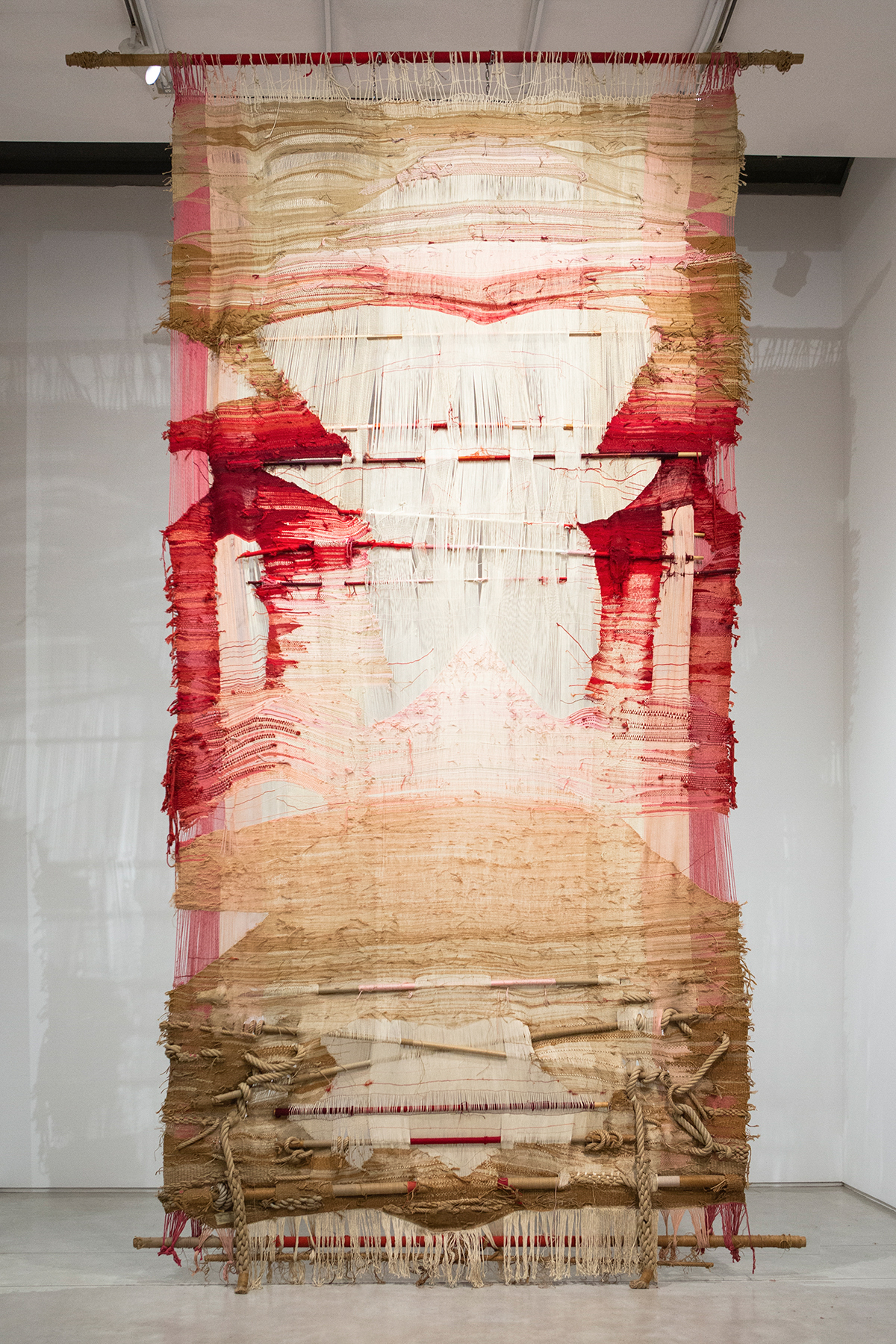 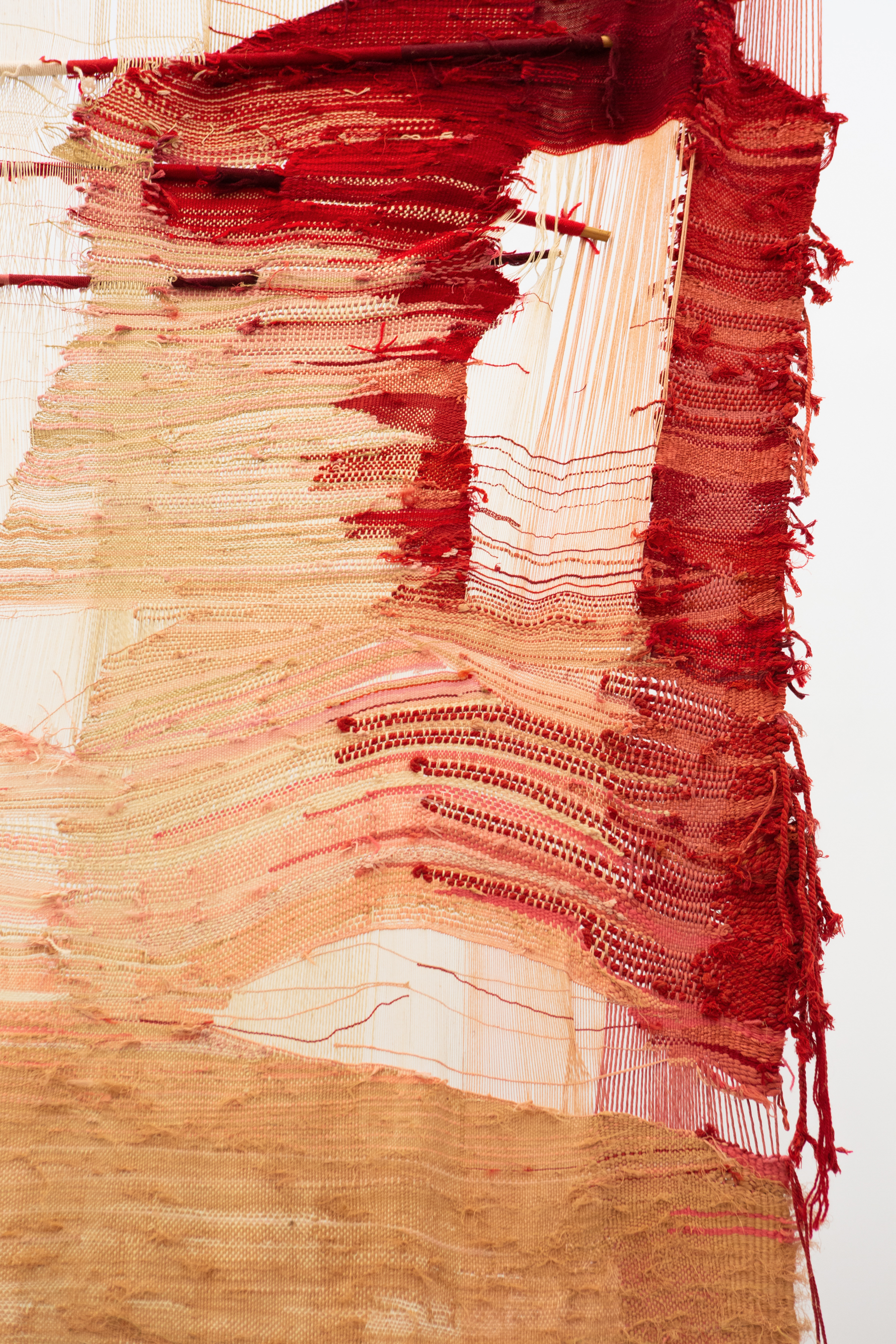 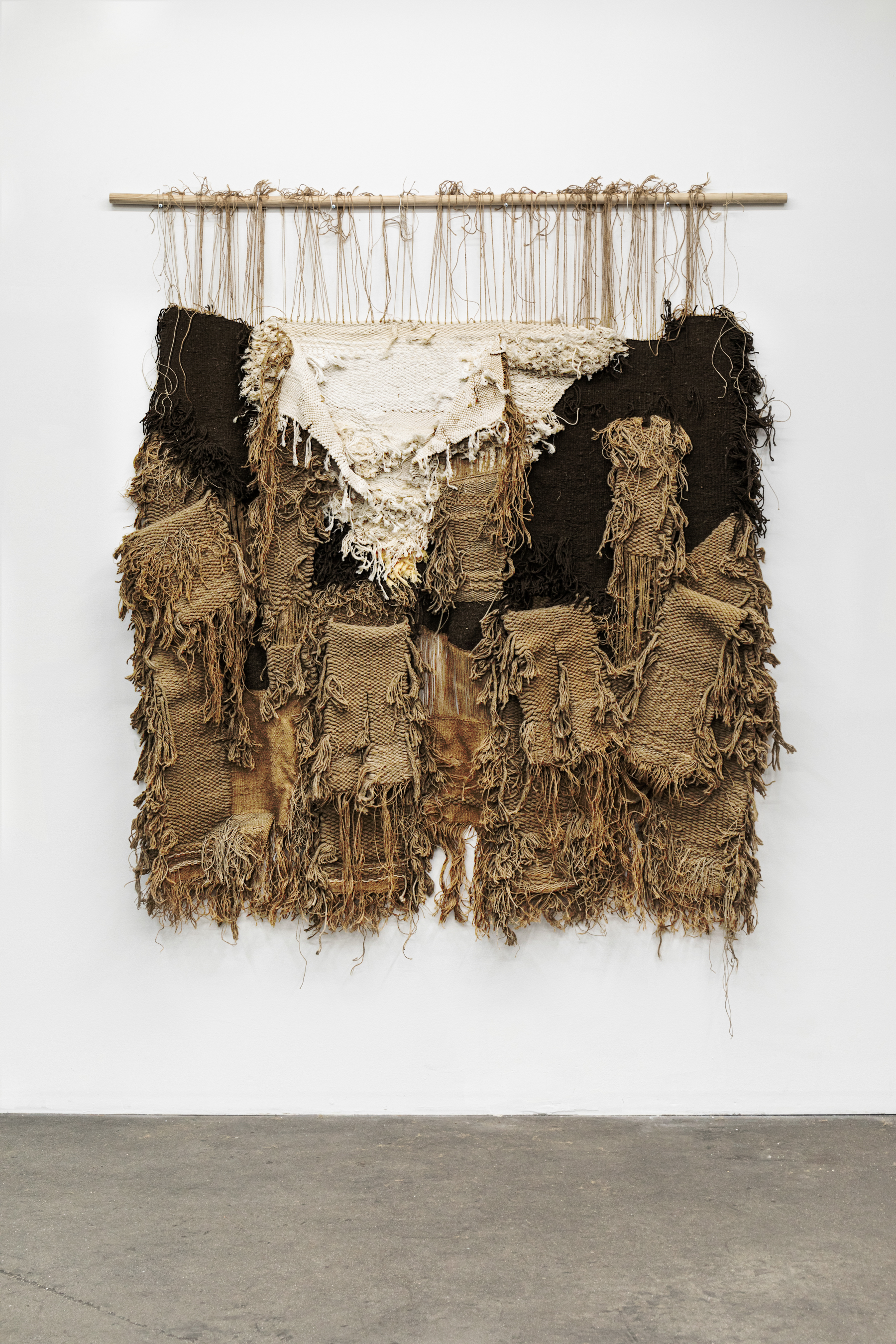 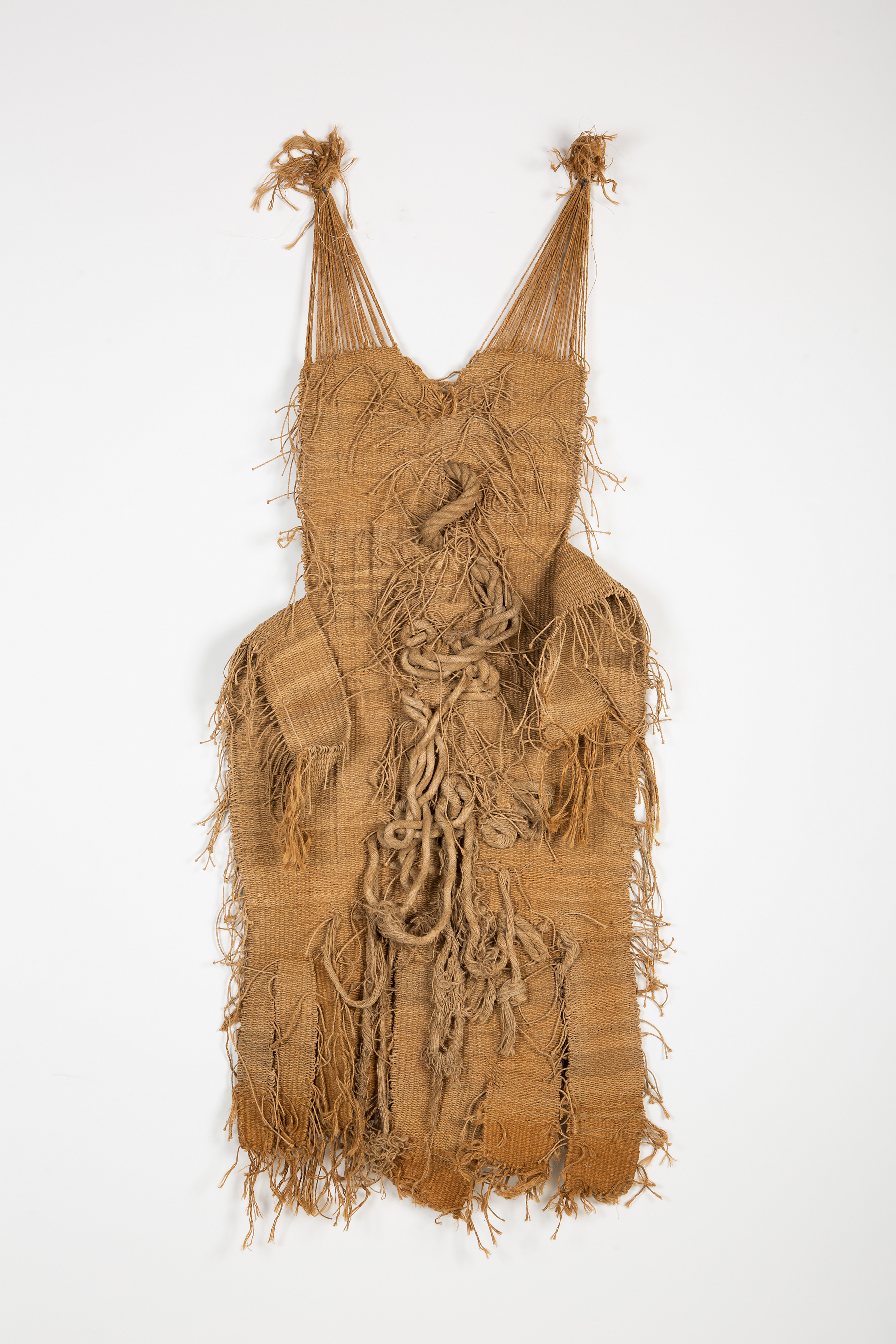 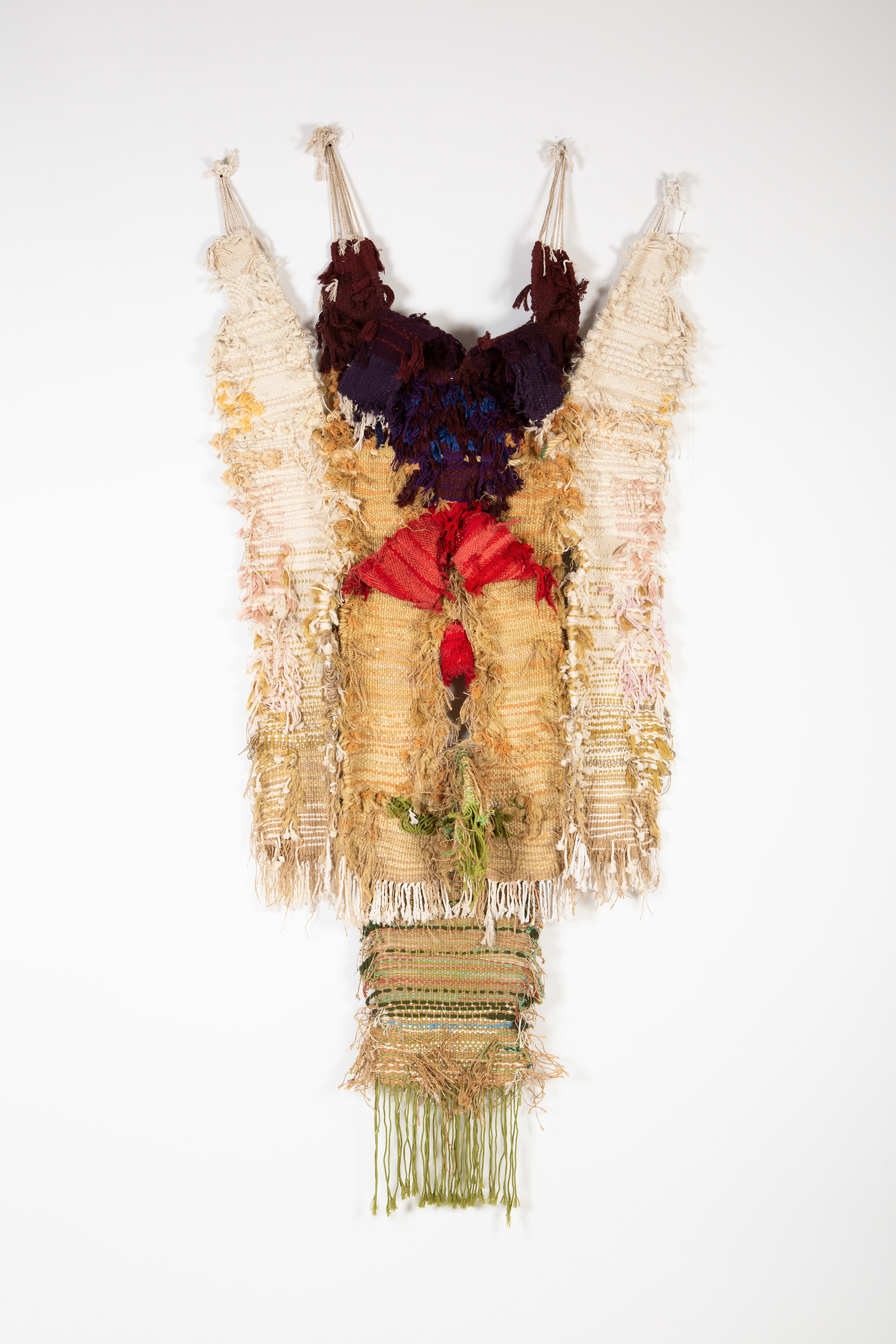 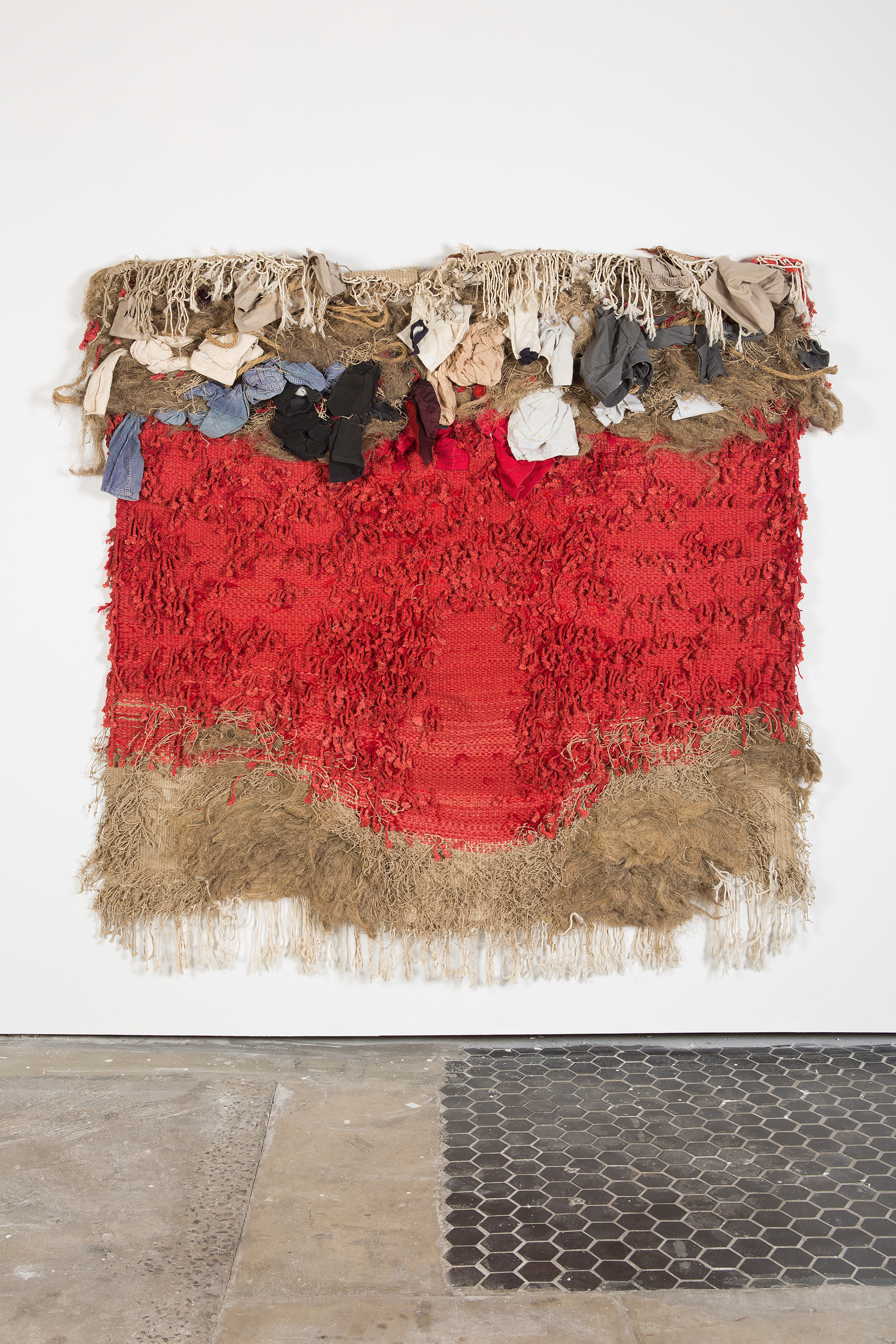 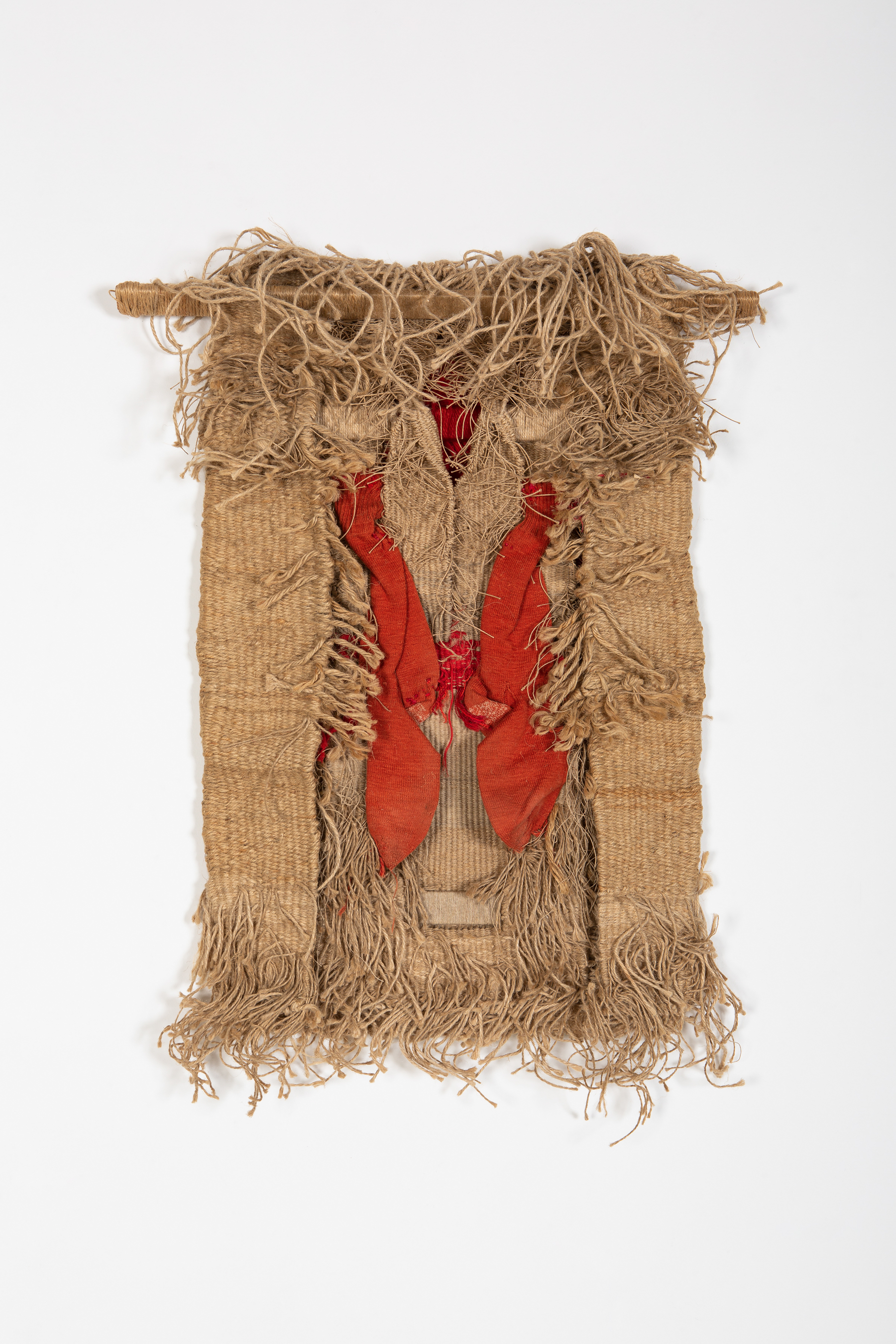 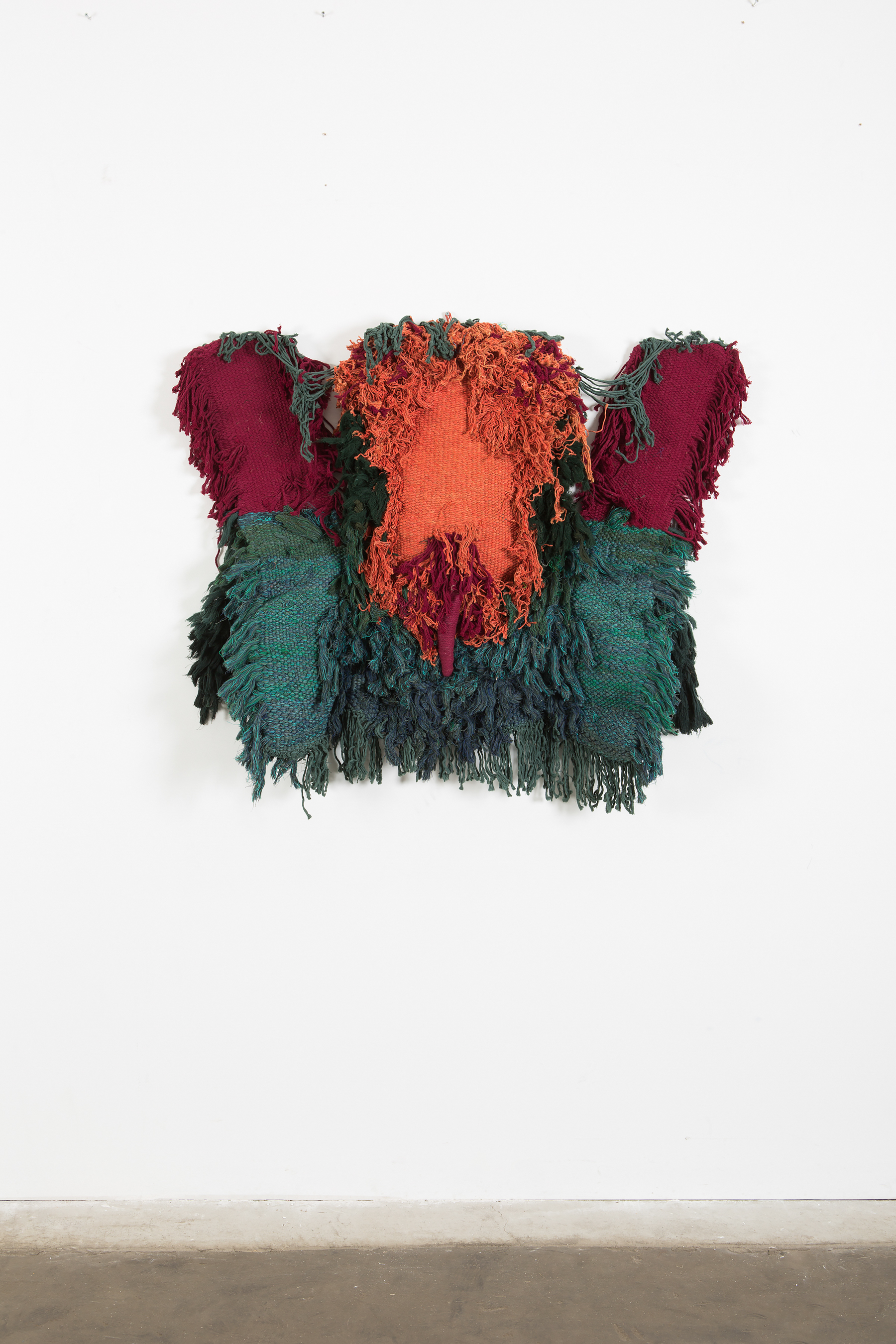 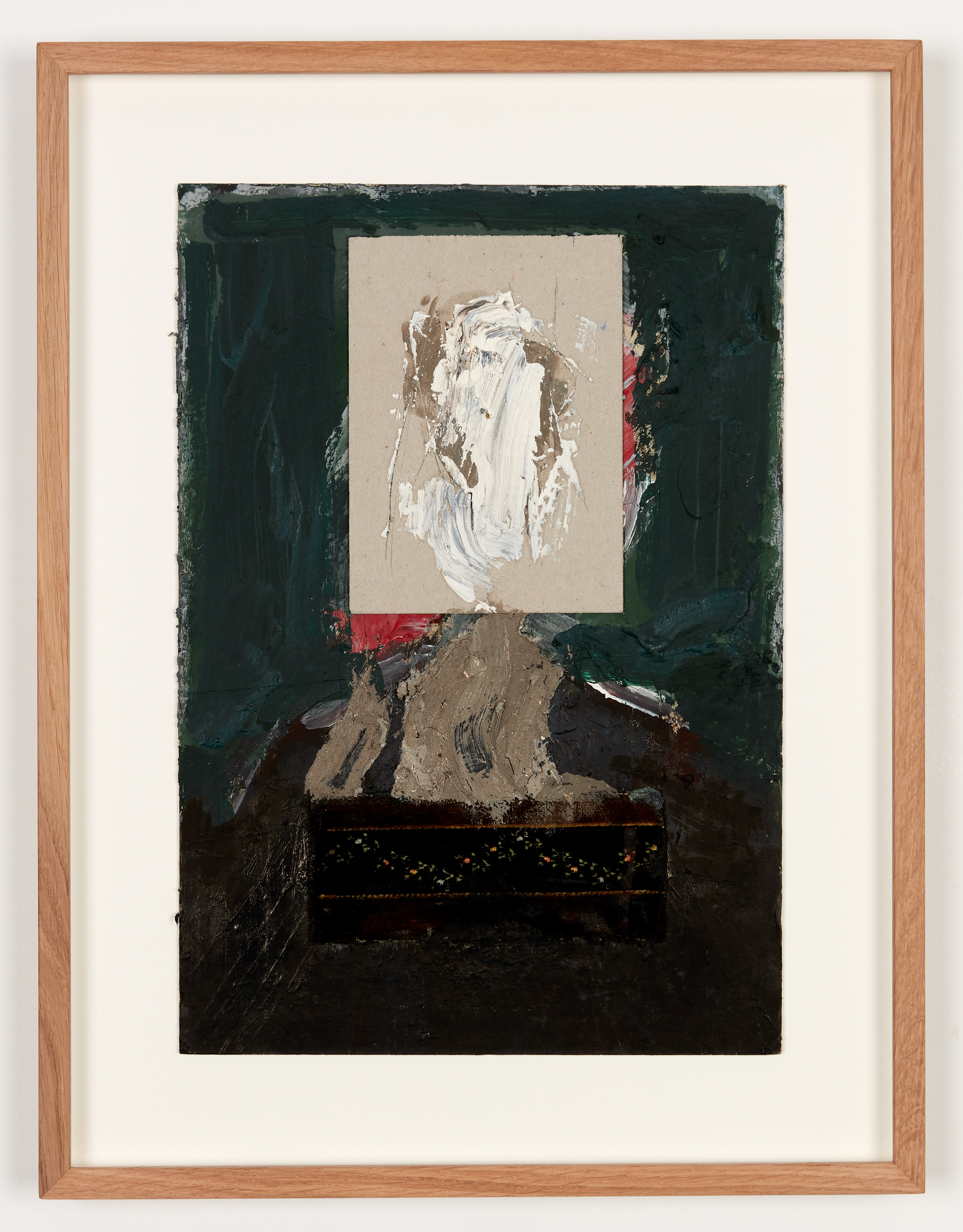 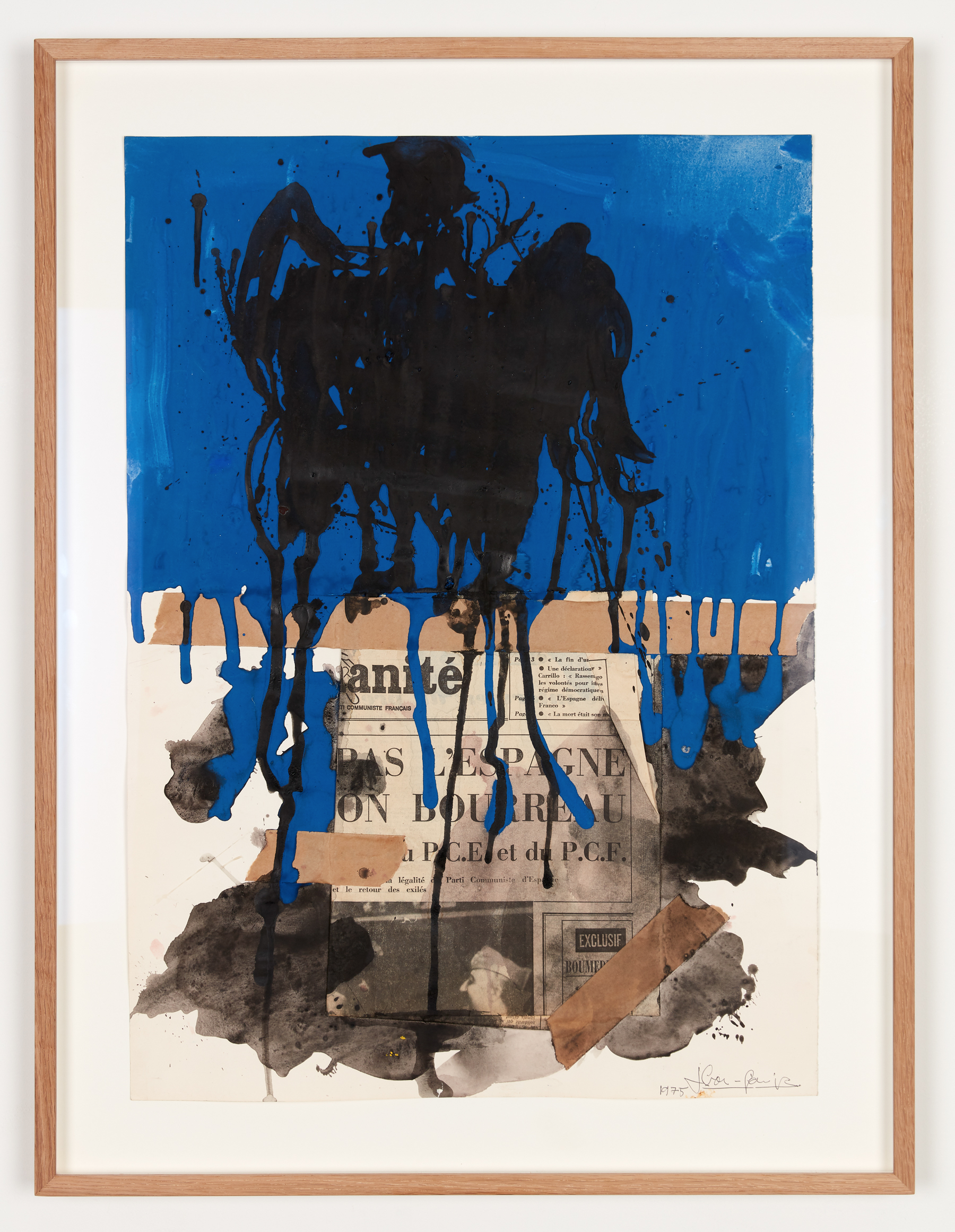 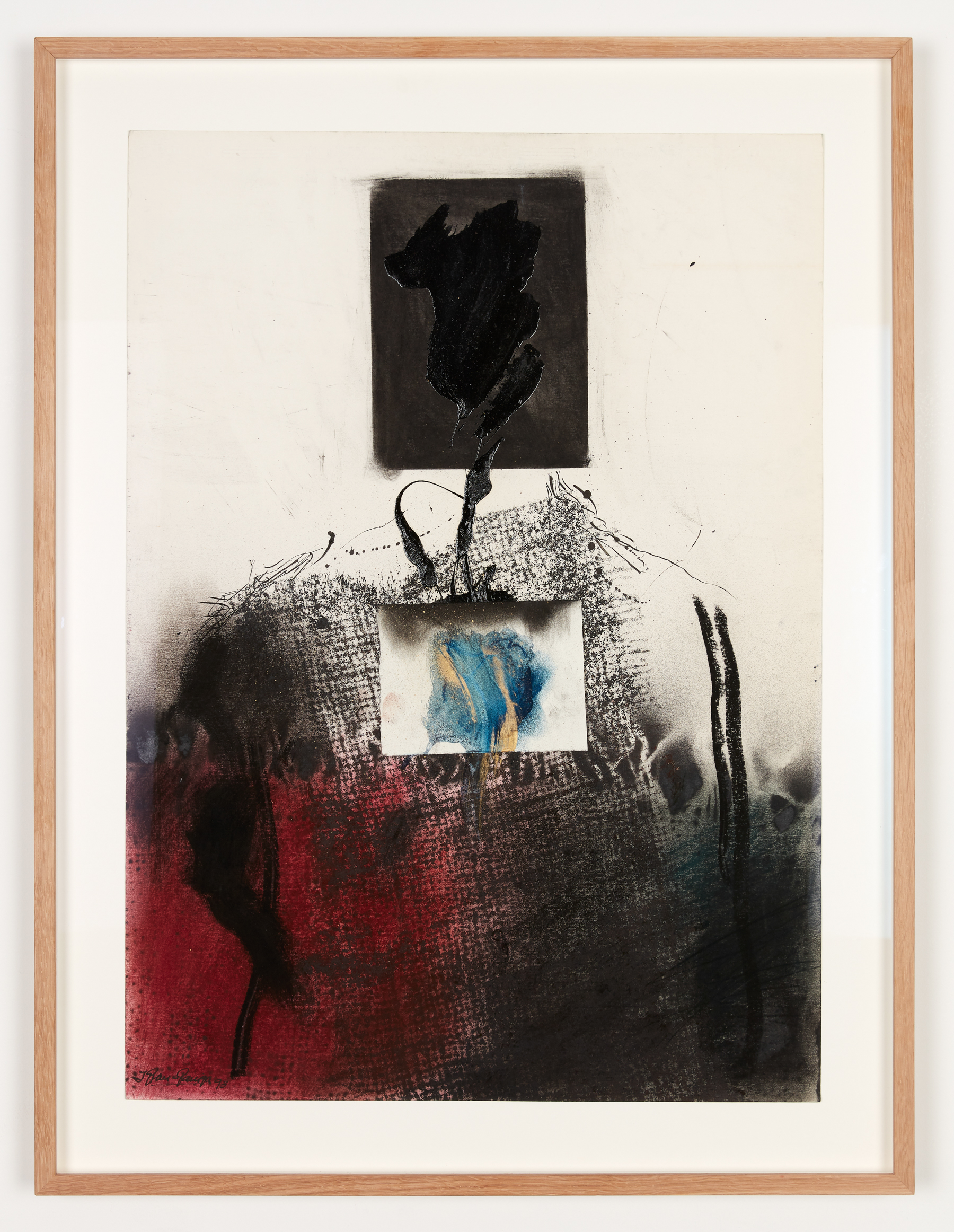 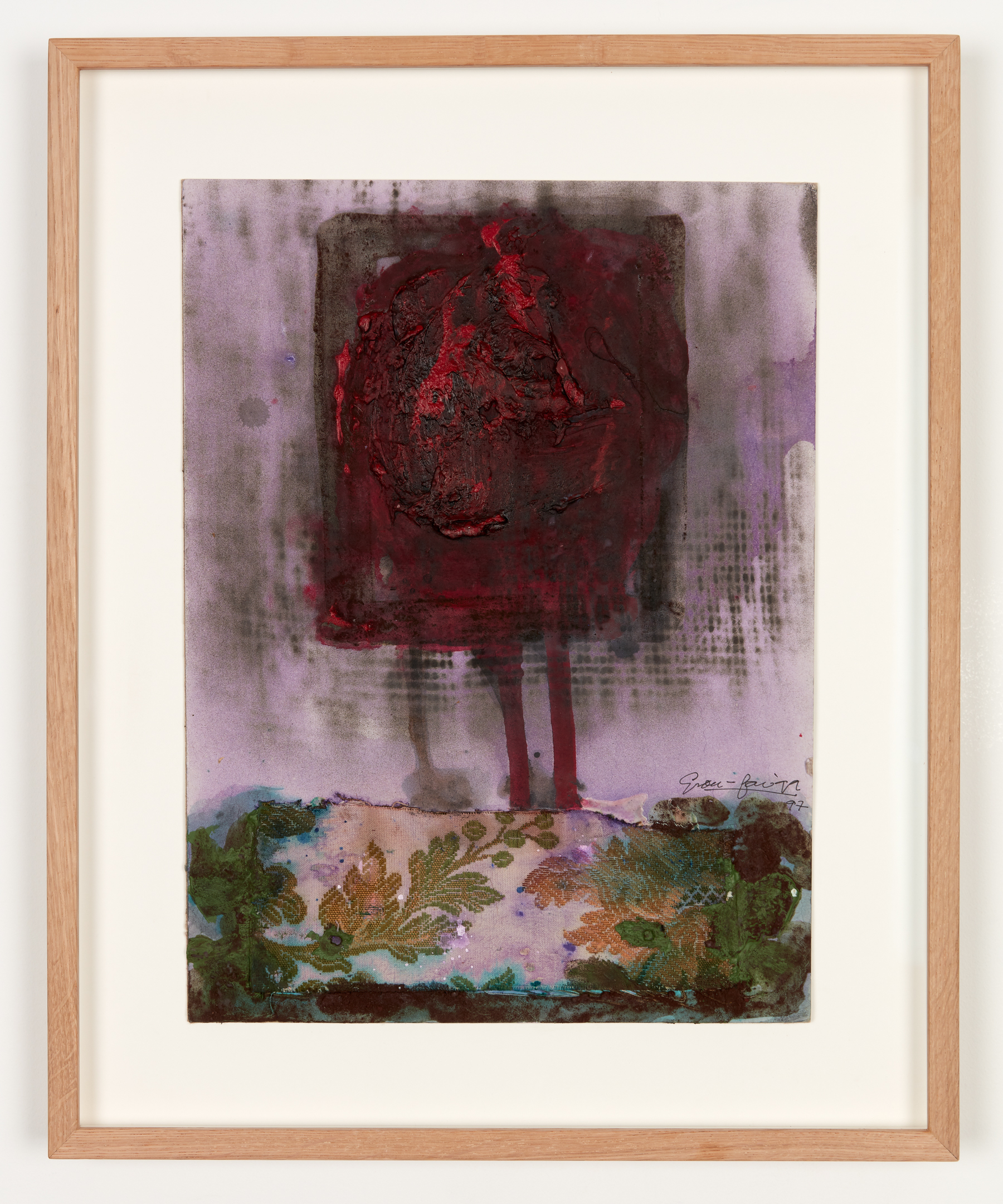 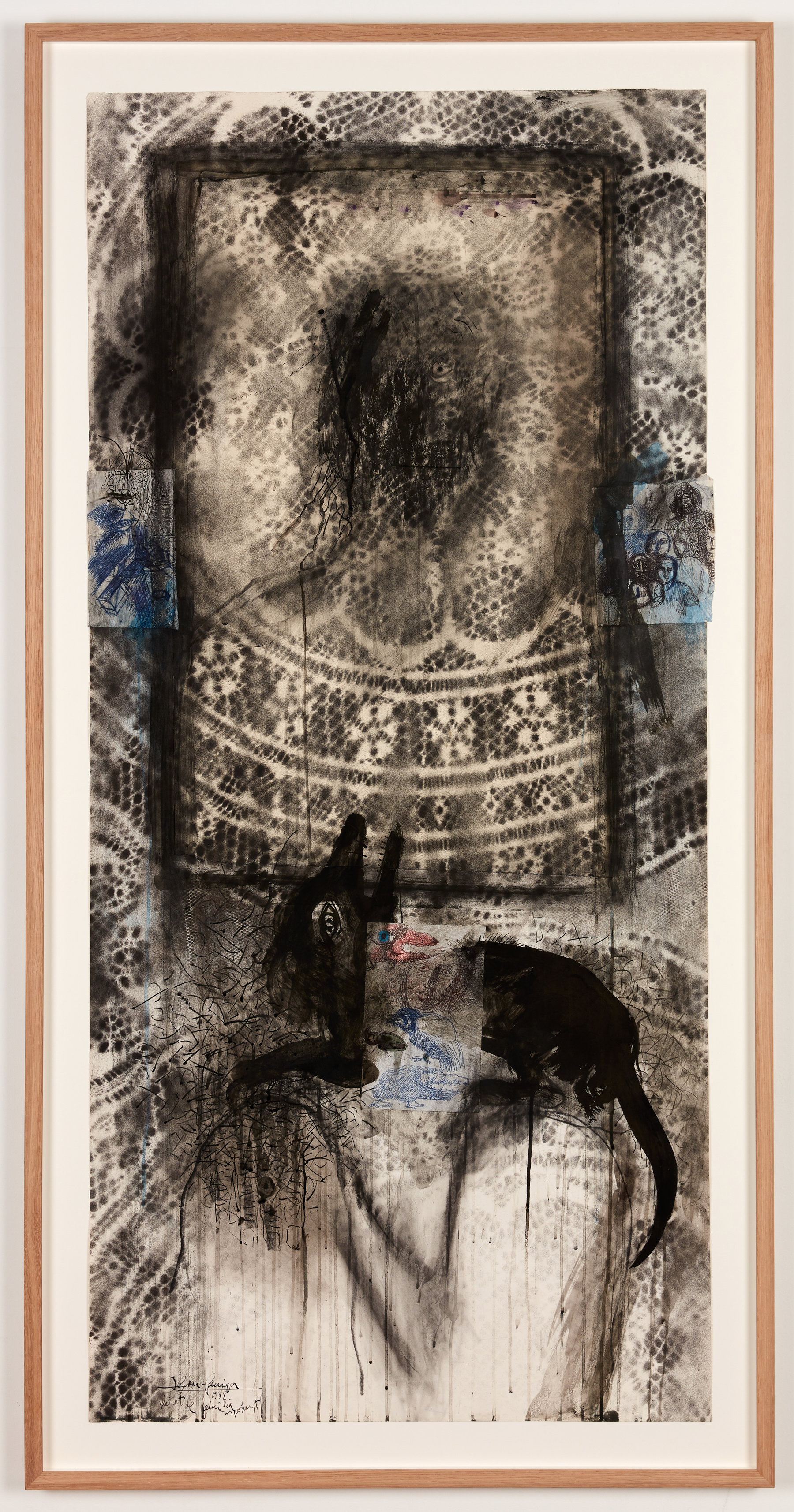 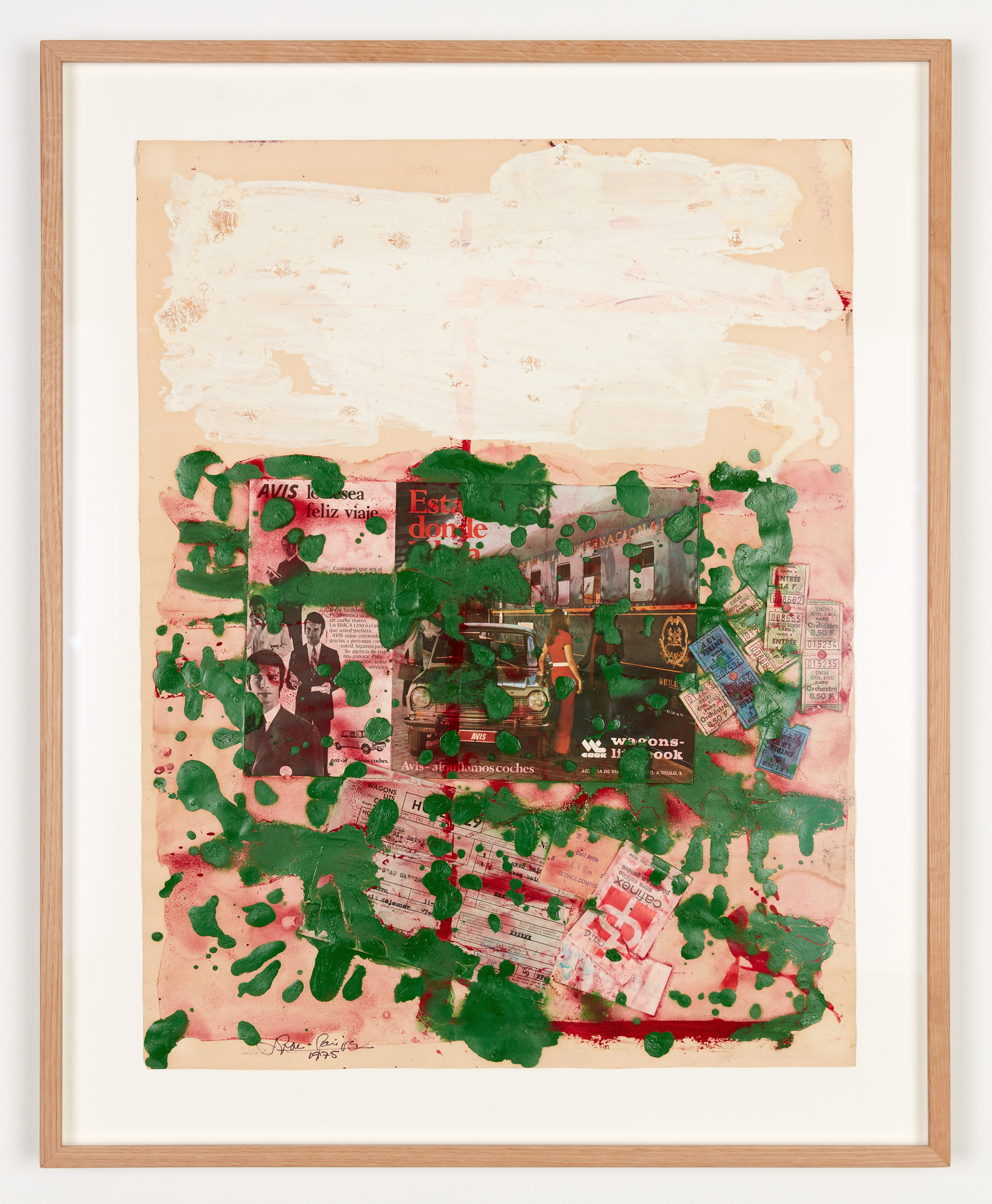 Salon 94 is proud to present February Light, a focused exhibition of important tapestries and textile works by innovative Catalan artist Josep Grau-Garriga (1929- 2011). February Light is Salon 94’s second solo exhibition of works by the artist; the first—Tapestries 1970-2011, mounted in 2017—celebrated Grau-Garriga’s elevation of the form from craft to art and his avant-garde approach to textiles. February Light continues to reflect upon the political context of Grau-Garriga’s practice emergent from Franco-era Spain while reintroducing his impactful career to the audience of New York City.

The exhibition is organized around the monumental-yet-delicate work, Llum de Febrer, 1978-81. Grau-Garriga constructed this sweeping, planar display of color and texture over four years and in its finished state the work hangs over twenty feet tall. When suspended from the ceiling, the weight of the material pulls itself taught, highlighting the verticality of the linear elements—colored string and yarn—from which it is produced. The dimensionality of the work extends beyond the pictorial with its majestic scale approaching the courtly.

The nature of Grau-Garriga’s work, and its reception, provide the material for alternative accounts of spatial practice alongside renewed attention to expectations of site-specificity, labor, and craft. By abandoning classic techniques of tapestry—including those of his mentor, the influential Jean Lurçat—Grau-Garriga revolutionized the genre. What was once static becomes a dynamic, active form with embedded, imbued movement. Grau Garriga, working in Spain during Franco’s totalitarian regime, blatantly broke the rules: he freed himself from the traditions of tapestry and found his own path.

Light is a central element in many of Josep Grau-Garriga’s works. On the one hand, light passes through the open passages of the textiles, highlighting possibilities of the material. On the other, Grau-Garriga has created a game of spectral opposites: dark and light, heavy and thin, full and flat. Fundamentally, while textiles require opposites to exist—front and back, warp and weft—throughout his career, Grau-Garriga became dissatisfied with the hard thresholds and limits of these binaries.

On the one hand, light passes through the open passages of the textiles, highlighting possibilities of the material. On the other, Grau-Garriga has created a game of spectral opposites: dark and light, heavy and thin, full and flat.

The symbology of Grau-Garriga’s work extends into the representational realm as the works toy between the realms of masculine and feminine, incantations of day and night, and dichotomies of life and death. Pell de Poble represents a key moment when the work leaves two dimensionality, becoming more sculptural. This shift was also a conceptual one as, since the early seventies, Grau-Garriga had been producing three-dimensional woven characters drawn from landscapes of anguish, torment, and suffering—innocent victims of man’s cruelty to man. Pell de Poble is reminiscent of elements from Josep Grau-Garriga’s monumental installation, Altarpiece of the Hanged People (1972-76), a set of twenty-two, three-dimensional woven tapestries arranged from large scaffolding. The work, first shown in Spain in 1976, will be on display at the 2020 Sydney Biennale.

The textiles in February Light will be shown alongside works on paper that elucidate Grau-Garriga’s sustained experimentations with composition and material. Some include materials as varied as mortar and furniture fabric alongside traditional wet media such as gouache and inks. The tension between heavy and light, wet and dry, figure and ground illustrate—picture anew—the material concerns ever-present in Grau-Garriga’s work.