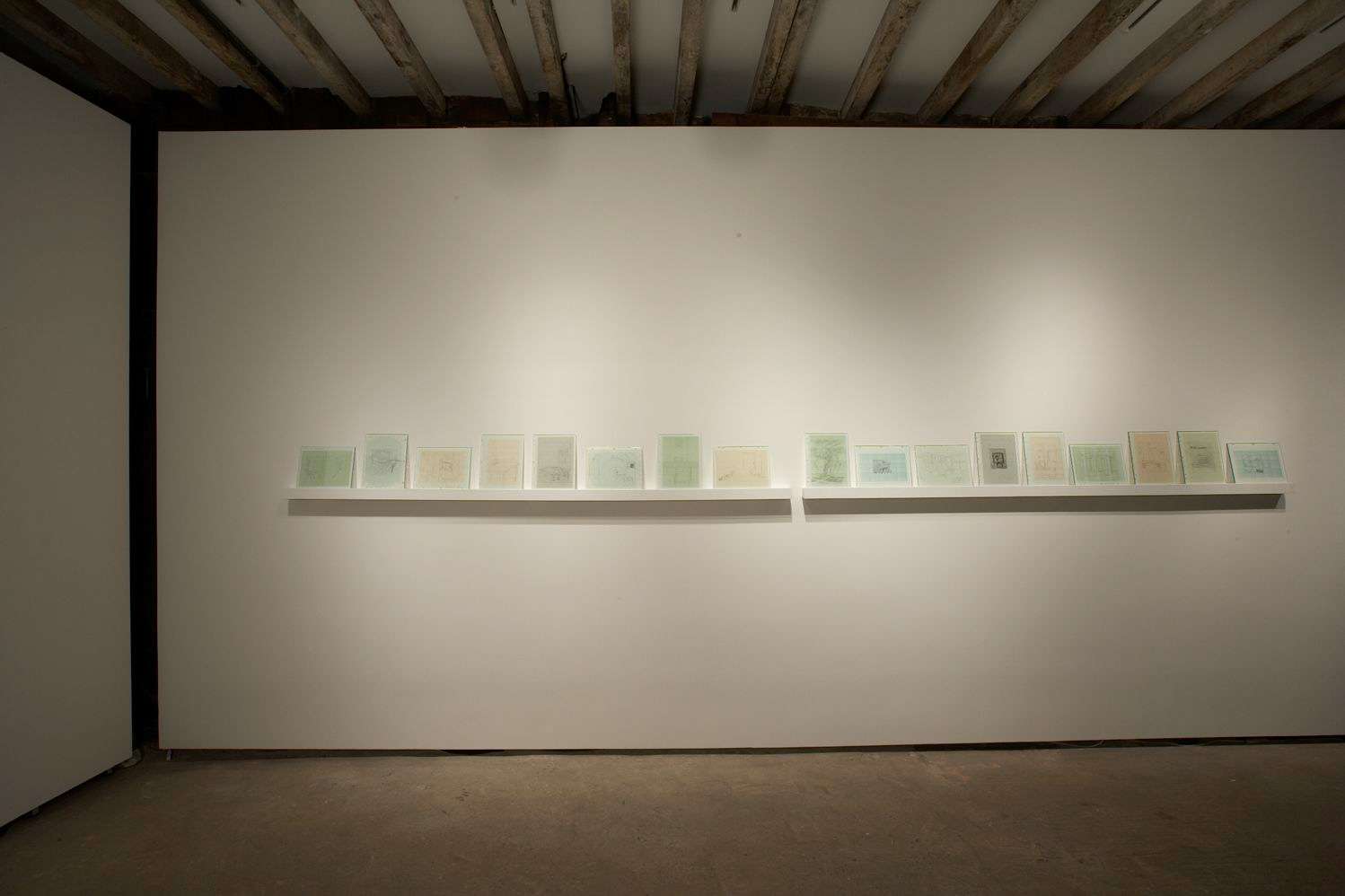 Salon 94 is pleased to present Ink, a two-part exhibition of new work by Lorna Simpson. This marks her inaugural show at Salon 94 as well as her first exhibition of drawings.

The exhibition is comprised of a video projection and a series of drawings that explore politics and social history. One suite of drawings depicts women's heads turned away from the viewer, revealing only their hairstyles and the most peripheral glance at their faces. They are simultaneously stylized and free form, floating alone on the page and open to interpretation, as the hairstyles verge on abstraction.

We will also be showing a work composed of a constellation of small archival photo booth portraits from the 1940's. Simpson pairs these portraits with abstract, improvisational inkblot drawings of the same format, allowing the viewer to question the readings that they impose on the portraits. As in her drawings of heads, the inkblots suggest absence and presence, and become stand-ins for the sitter.

Simpson will also exhibit a set of drawings based on published images of interrogation rooms, prison cells and torture techniques used in Iraq, Guantánamo Bay and Abu Ghraib. The photographs on which these drawings are based were personal snapshots taken by active American soldiers, as well as official photographs reproduced in the media.

Accompanying these drawings will be a new two-part video projection taken from archival footage collected by Simpson. In one frame, a fireworks display from the 1950's is combined with recently shot firework footage that slowly erupts, creating an abstract landscape of explosion. In the other, Thomas Edison's famous train crash experiment documented in his renowned silent film (“Railroad Smash-up,”1904) is shown slowed down. Together, they create an extremely distorted landscape suggestive of war with a soundtrack akin to the explosion of bombs. The agonizingly slow motion evokes an inevitable tension between apathy and the spectacle of an orchestrated theatrical disaster.

On the occasion of this exhibition, Salon 94 has published a full-color catalogue featuring a conversation between Lorna Simpson and Glenn Ligon.