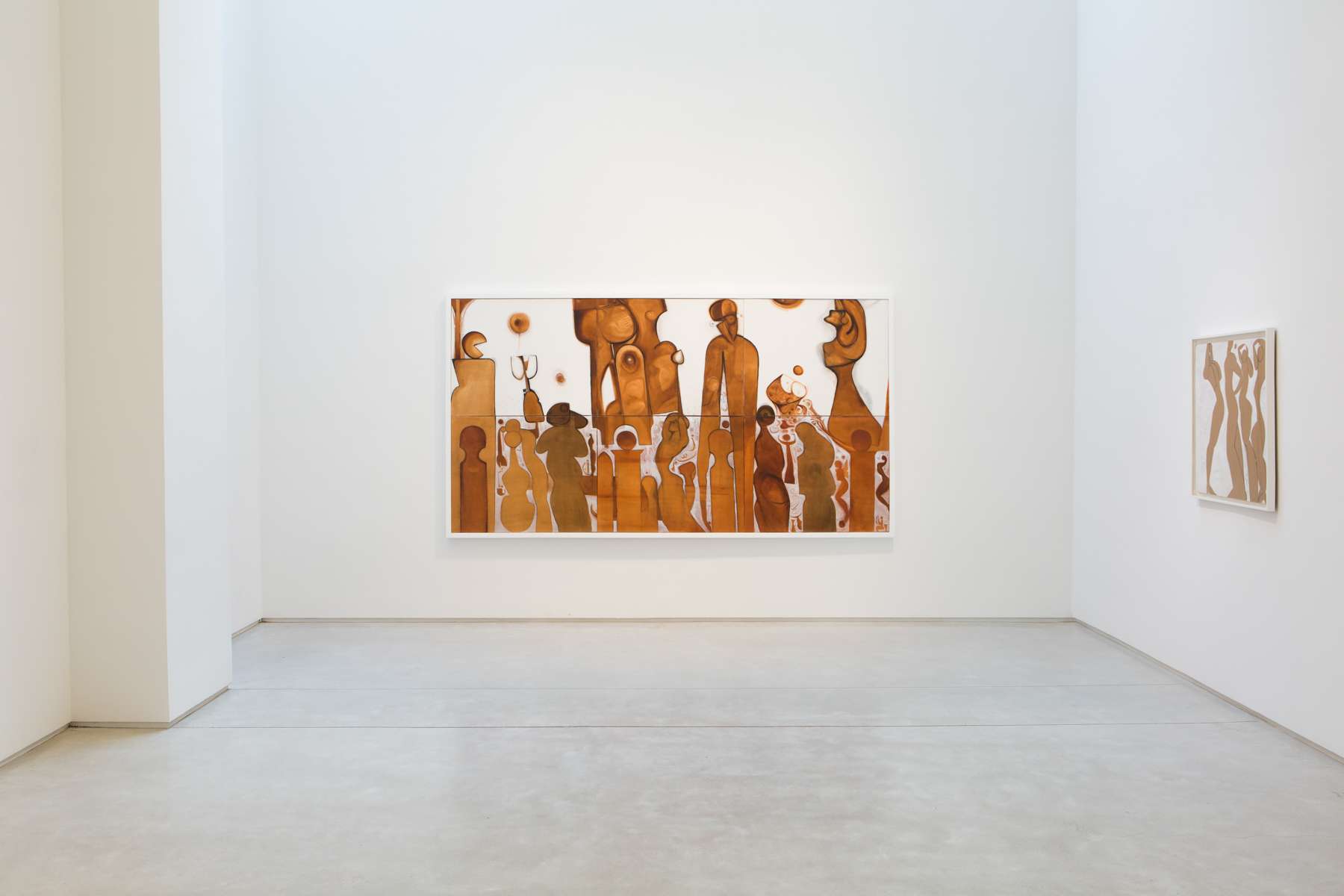 Recognized as the father of African and Arab Modernism, the octogenarian El-Salahi’s paintings and works on paper harmonize African, Arab, and Islamic visual sources with twentieth century European art traditions.

Alhambra, the inaugural exhibition of Ibrahim El-Salahi at Salon 94, will feature new works by the seminal Modernist master painter. Recognized as the father of African and Arab Modernism, the octogenarian El-Salahi’s paintings and works on paper harmonize African, Arab, and Islamic visual sources with twentieth century European art traditions. Born in Omdurman, Sudan in 1930, his remarkable career has had a profound influence on succeeding generations of artists from the region and across the globe. El-Salahi is a pioneer of Sudanese art and was a founding member of the Khartoum School in 1960. From the late 60’s to early 70’s El-Salahi worked for the Sudanese governments’ Ministry of Culture until he was accused of anti-government activities in 1975 and was then jailed for six months. After being released, El-Salahi went into exile and now lives and works in England. In 2013, he was the subject of a major solo retrospective at the Tate Modern, the first devoted to an African born artist.

El-Salahi’s career spans over five decades and is marked by rigorous experimentation within a Modernist vocabulary. Like other African artists of his generation, he sought to create a national art and aesthetic, born out of the effects of colonialism and steeped in the history and culture of his country. After returning to Sudan in 1957 following his study at the Slade School of Art in London, he developed a painting language that synthesized various hybrid forms. In addition to exploring the symbolic and formal potential of traditional Arabic calligraphy, he incorporated the Africanized arabesque script used by his father for transcribing verses of the Qu’ran, as well as the traditional crafts and ornamentation found in his homeland. El-Salahi’s art also reflects his itinerant life, and his many travels outside Sudan. The murals of the Mexican social-realists, the abstract geometric paintings of Piet Mondrian, and the cut outs of Matisse are some of the influences that shape his work. Although his work has changed stylistically over the decades, it remains consistent in the artist’s reliance on line drawing as an overarching structural and emotive device. His insistence on an art form that is socially, politically and spiritually engaged in the world is also a critical component of his work.

On view at Salon 94 is an ambitious series of Flamenco paintings the artist started following his extended stay in Andalusia, Spain in 2009. There he found inspiration in the deep Moorish influences across the region. Particularly struck by the Alhambra, a medieval fortress and palace in Granada, described by Moorish poets as “a pearl set in emeralds.” In Arabic, the name Alhambra means “the red,” pointing to the color of the sun-dried bricks from which the outer walls of the fortress were built. Known for working in a primarily black and white palette, El-Salahi added earthenware browns and reds after his stay in the region. El-Salahi has said, “I did slightly larger works in color on cardboard. I liked the color of the cardboard because it resembled the color of the stone and brick at Alhambra. Then I branched into larger works in silhouette and linear treatment, several relying mostly on burnt sienna and black, which in my mind is reminiscent of the impact of Andalusia.” The paintings capture the patterns found in the legendary Alhambra Palace, the shades of color found in the region, and the sounds and movements of the traditional music and dance, where he spent his evenings dancing at the clubs.

After it’s inclusion in El-Salahi’s retrospective at the Tate, The Arab Spring Notebook will be on view for the first time in the United States during the exhibition. A series of 46 drawings that explore the democratic uprisings in 2010-2011 that spread across the region, the work depicts the revolutionary hope and fervor, followed by the horror and despair that ensued after years of violence and repression. Similar in form is one of El-Salahi’s most seminal works, Visual Diary of A Time Waste Palace, which he created in 1996 while in exile in Doha, Qatar. Both series of ink drawings on paper, display El-Salahi’s deft skill using the figure, line drawing, and abstraction to evoke both narrative and emotion.

Ibrahim El-Salahi (b. 1930, Omdurman, Sudan) lives and works in Oxford, England. In addition to his career as a painter he is widely regarded for his numerous critical essays and is the recipient of dozens of honors and fellowships. He has received solo exhibitions of his work at the Tate Modern and ICA in London, Sharjah Art Museum, and numerous galleries around the world. His work is included in the permanent collections of the Museum of Modern Art, New York, Metropolitan Museum, New York, The Art Institute of Chicago, Chicago, The British Museum, London, Tate Modern, London, The Smithsonian Institute, Washington DC, The Guggenheim Museum, Abu Dhabi, The National Gallery, Berlin, and many others. A video of El-Salahi discussing his work and practice, appears on the Tate website here (http://www.tate.org.uk/context-comment/video/tateshots-ibrahim-el-salahi).