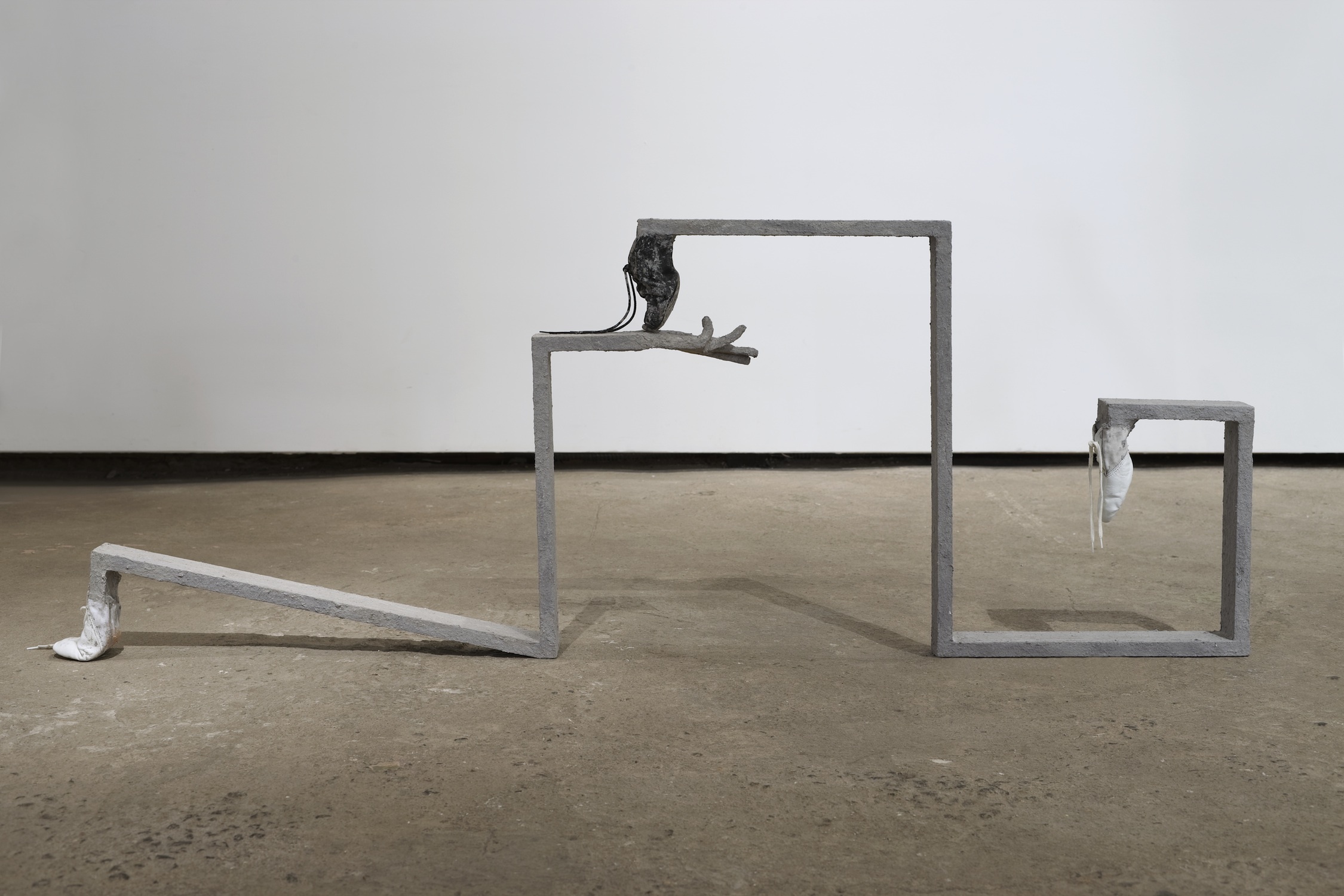 Salon 94 Freemans is pleased to present Jennifer Cohen’s Grey Lines in Formation, the artist’s first solo exhibition at the gallery. The exhibition will consist of grey, angular sculptures arranged in a linear and rhythmic formation. The sculptural lines stand in for limbs, while dance shoes, bronze fingers, and cast white toes serve as fragmented costumes.

Like three-dimensional drawings in space, the sculptures plot an animated formation that shifts positions as the viewer circles the works. The shapes are variations on a theme, akin to both musical variations and transformations of geometric forms and patterns. They evoke the elegance and rigidity of both classical abstraction and the halting figuration suggested in popular choreographic practices of Broadway and jazz dance, where the starkness of Balanchine choreography is belied by the exaggerated, Bob Fosse-inspired gesticulations.

Cohen’s lines appear as bodies frozen in space— motion is halted to reveal the underlying shapes that make up a gesture. They echo the moment where an extended body becomes a pure form. The stillness of these scenes isolates the performative act into a single gesture, simultaneously evoking tension and fragility.