Gloria Kisch As Above, So is Below

“My functional/art is a manifestation of balancing my interior world with my exterior one.” 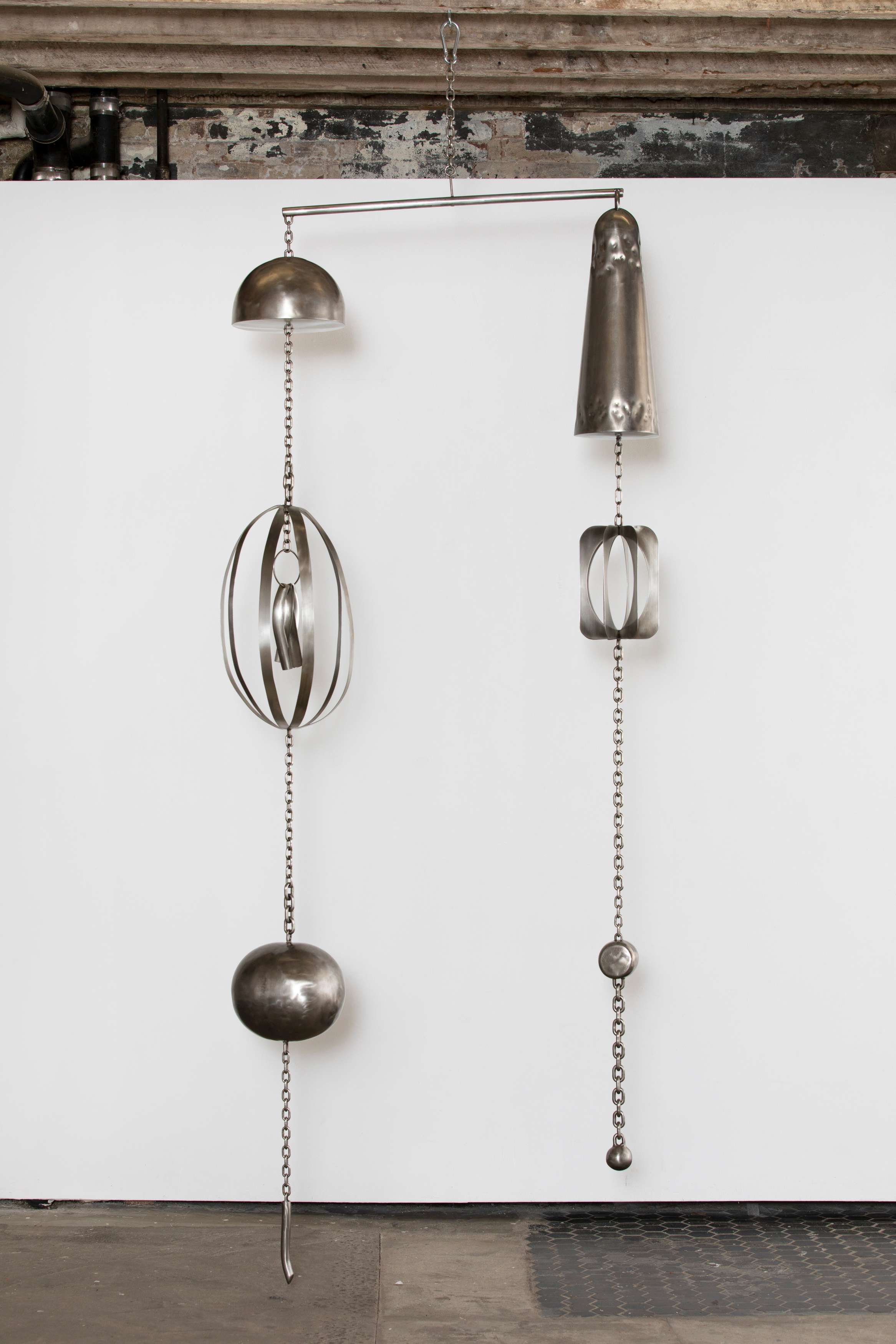 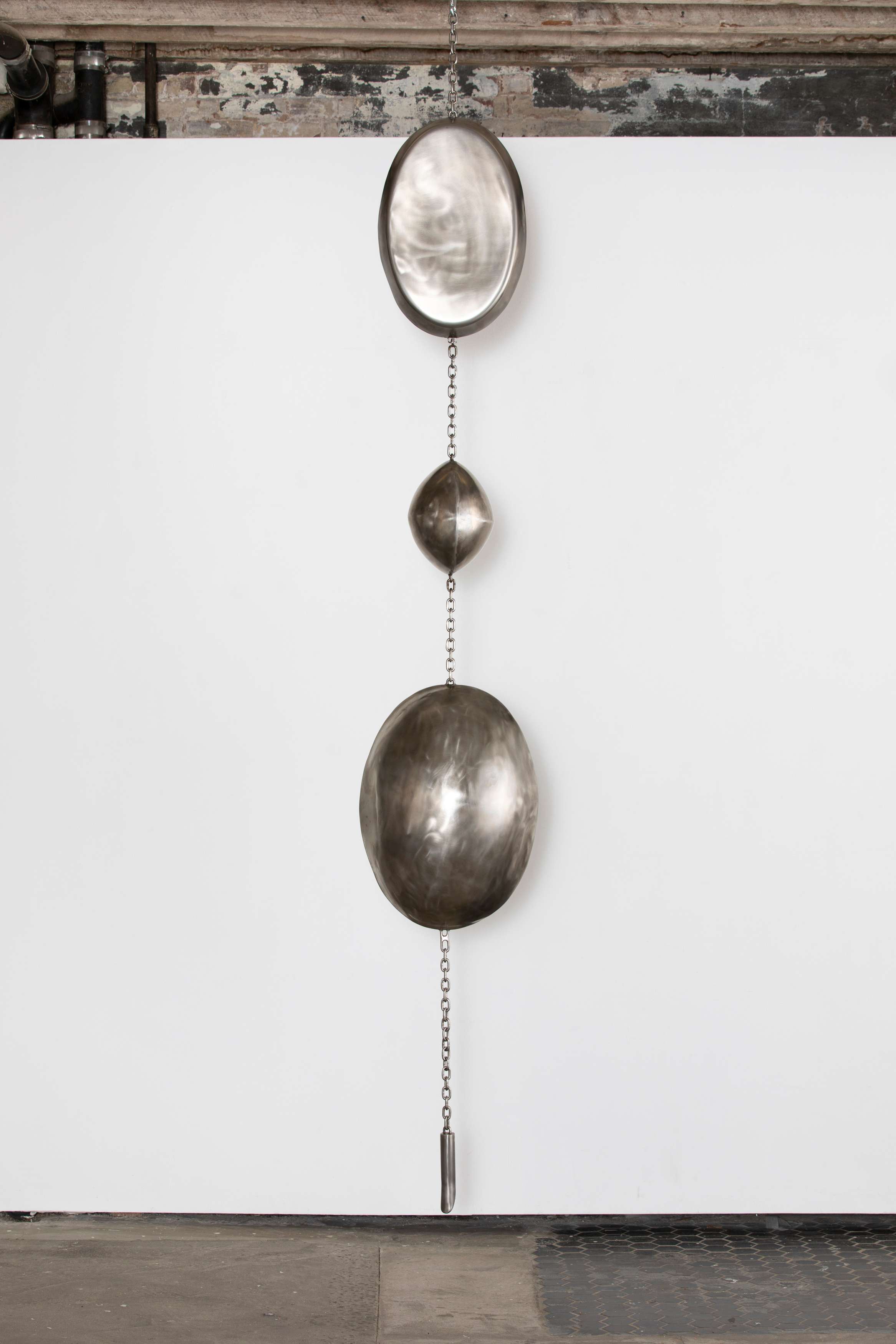 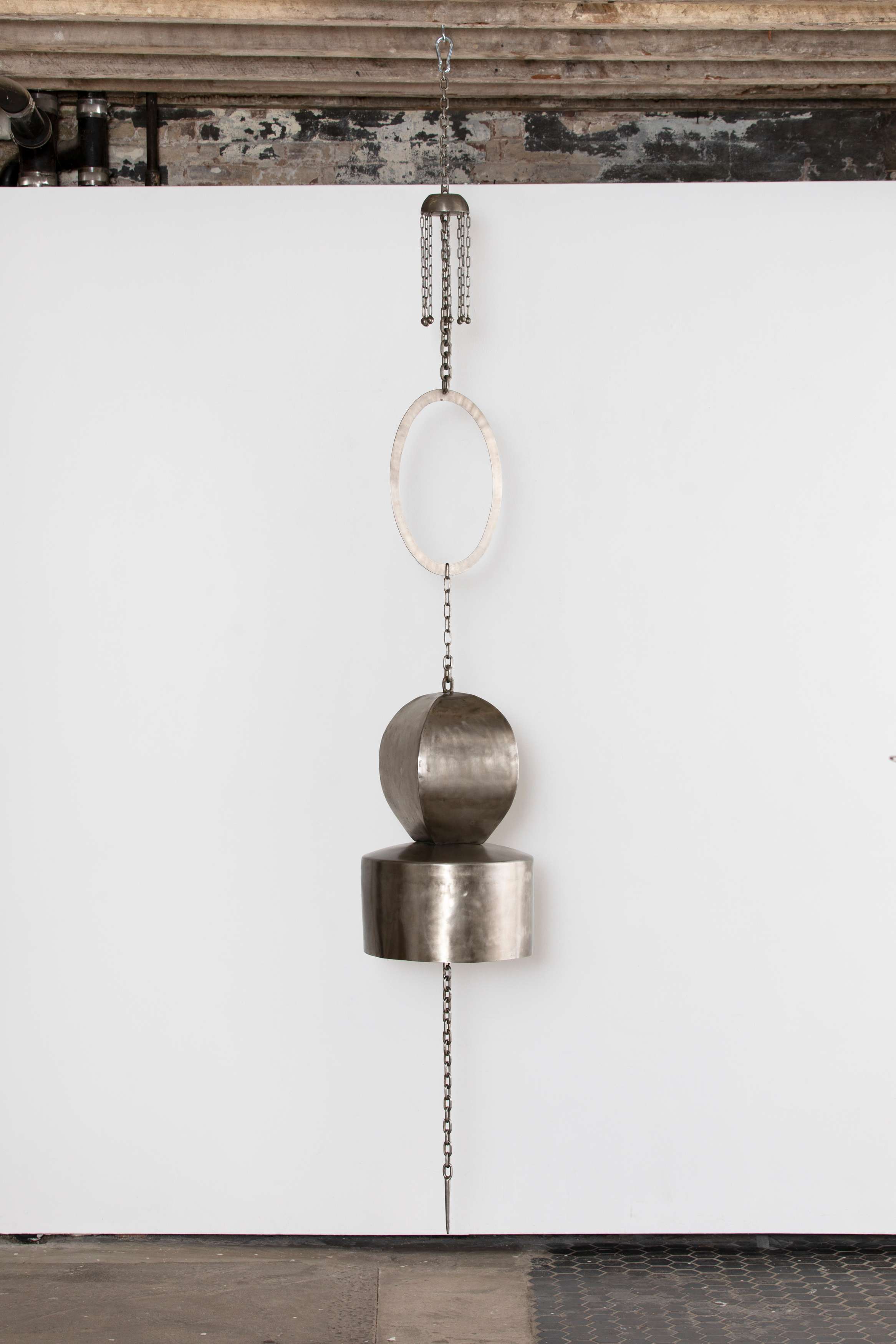 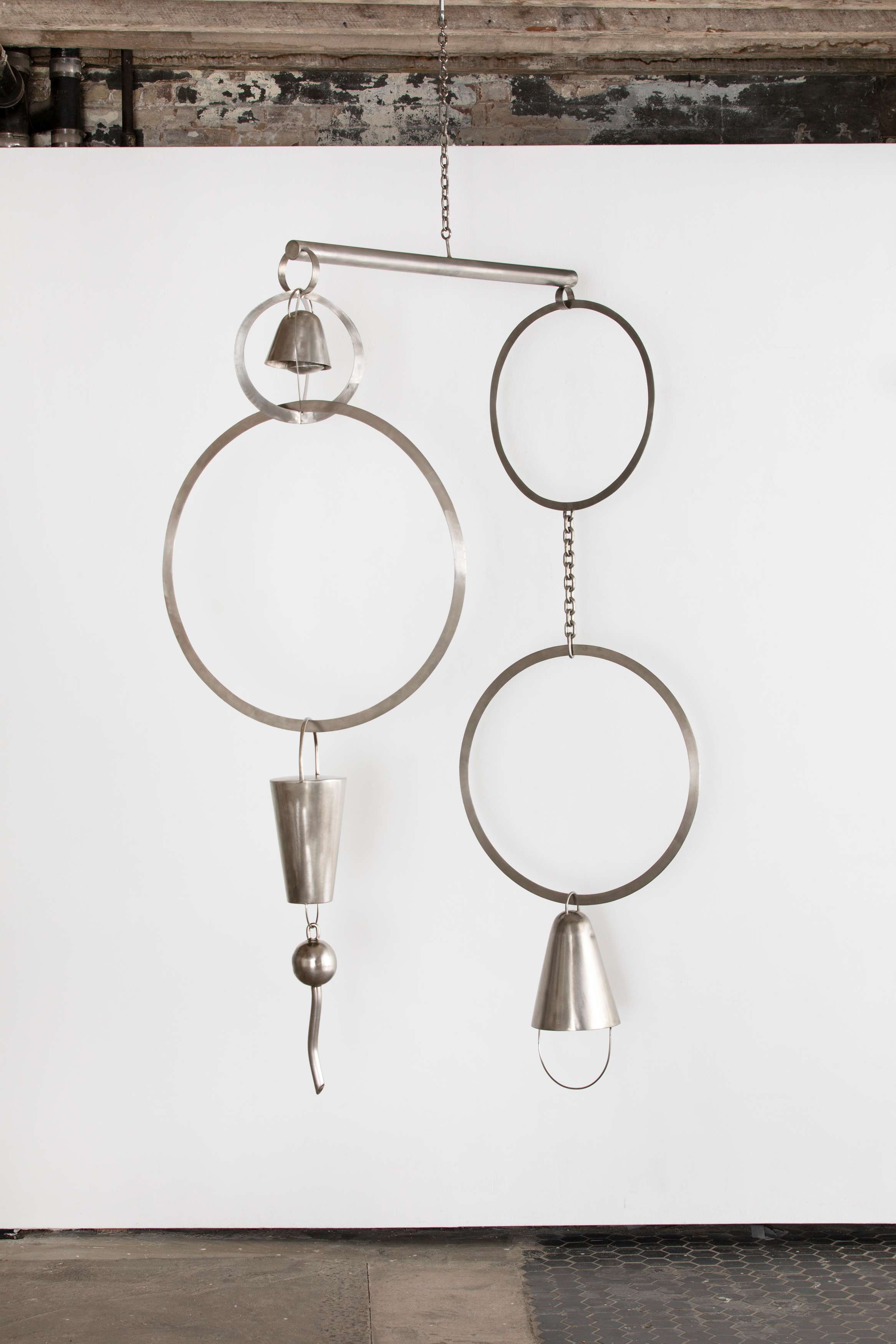 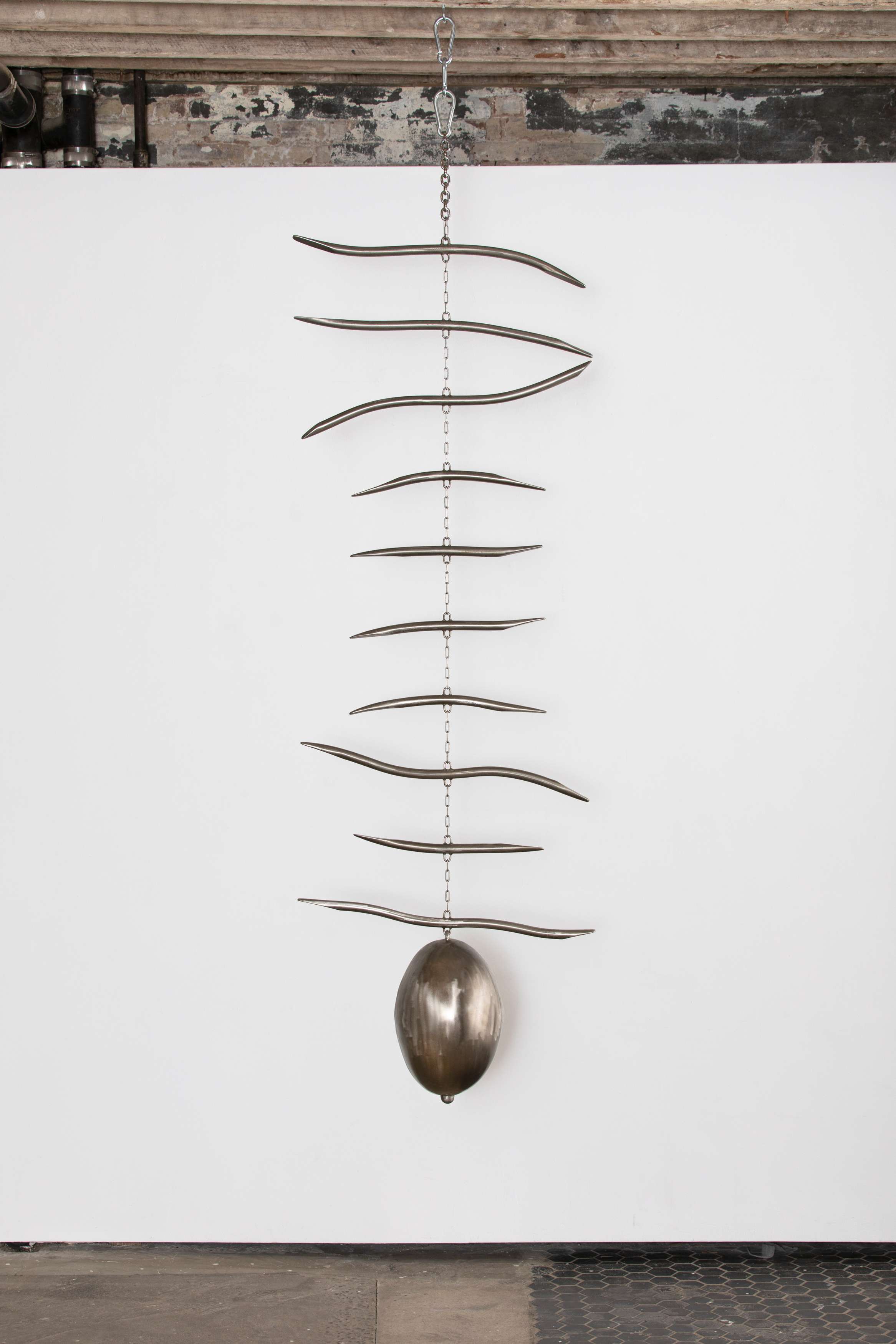 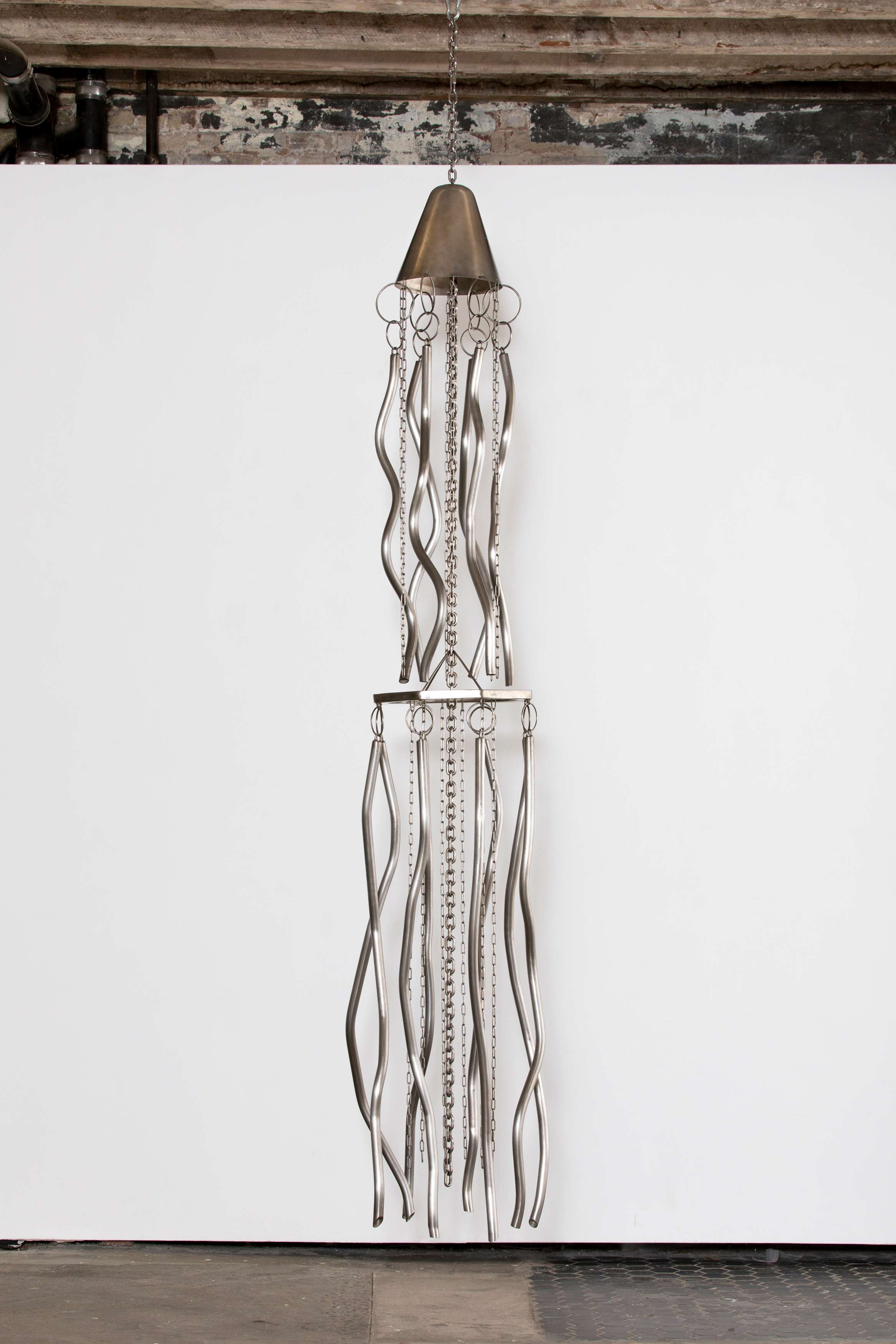 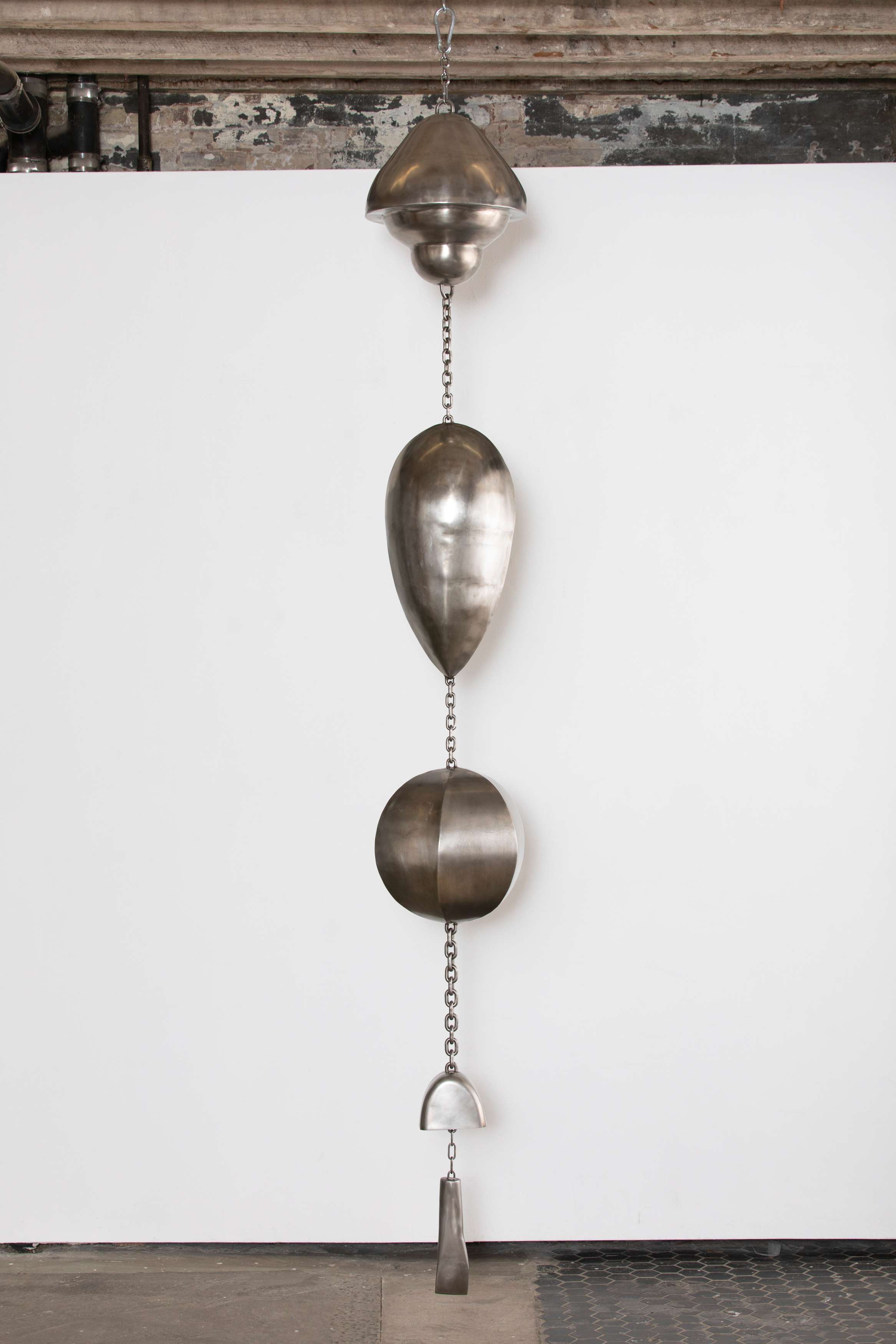 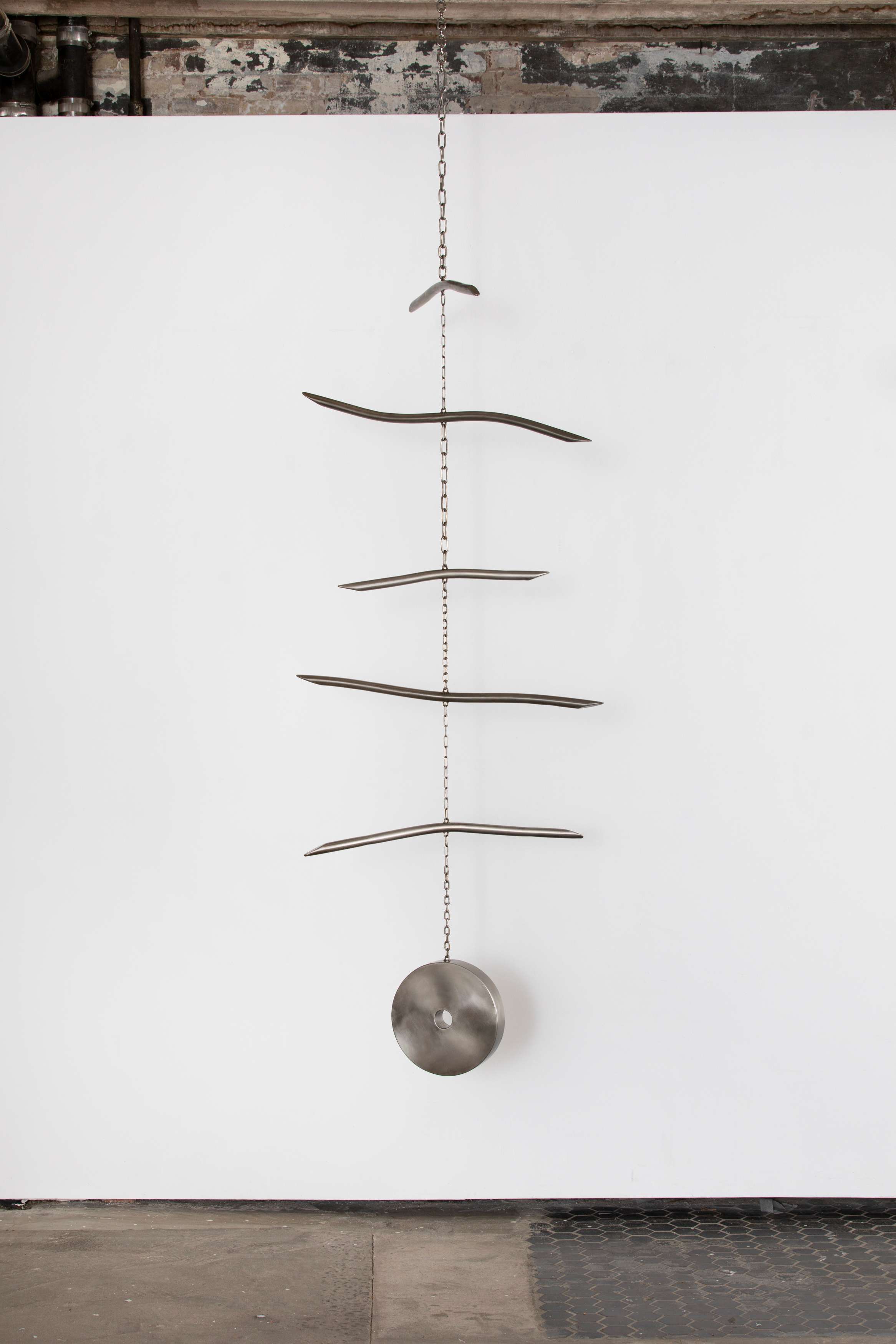 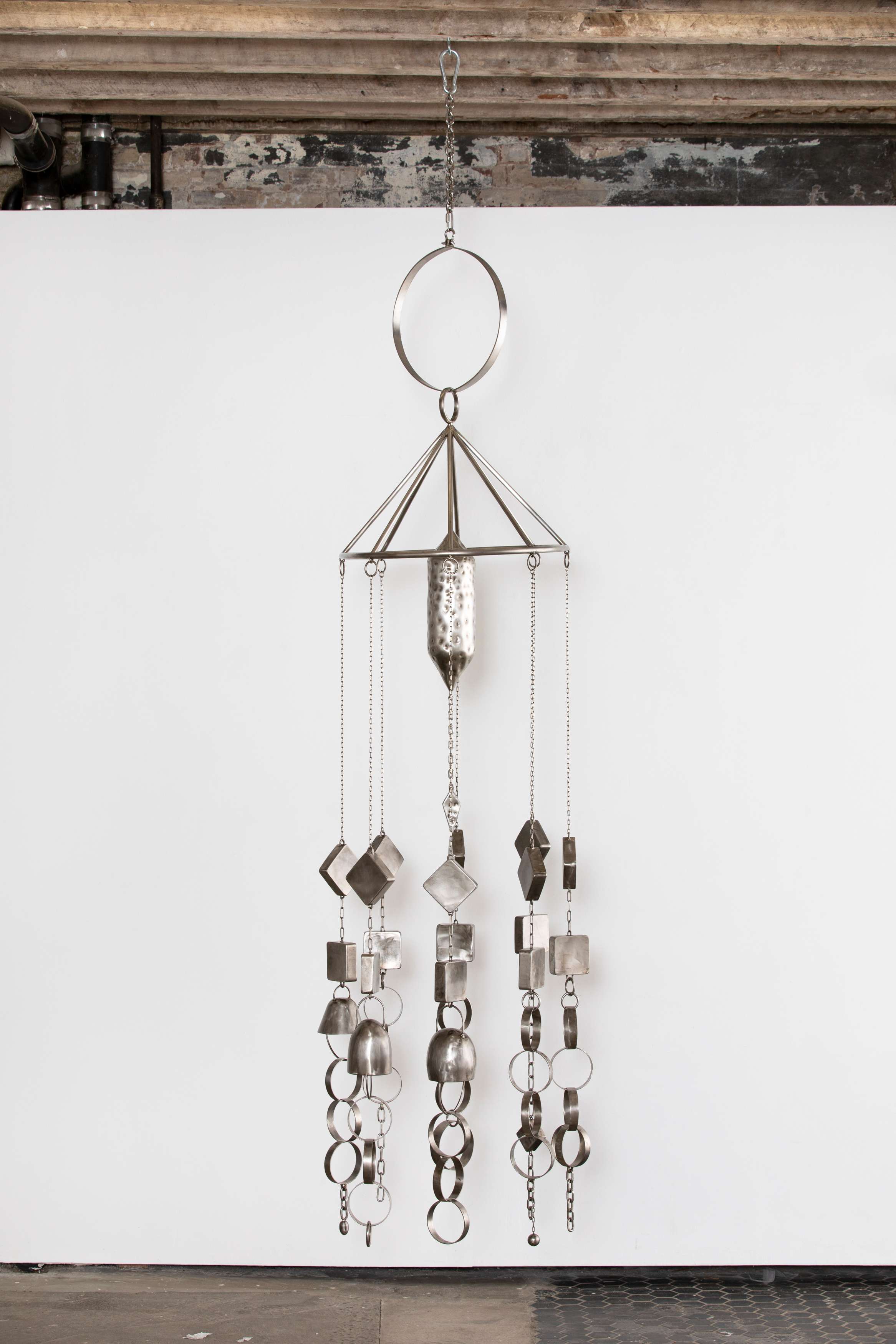 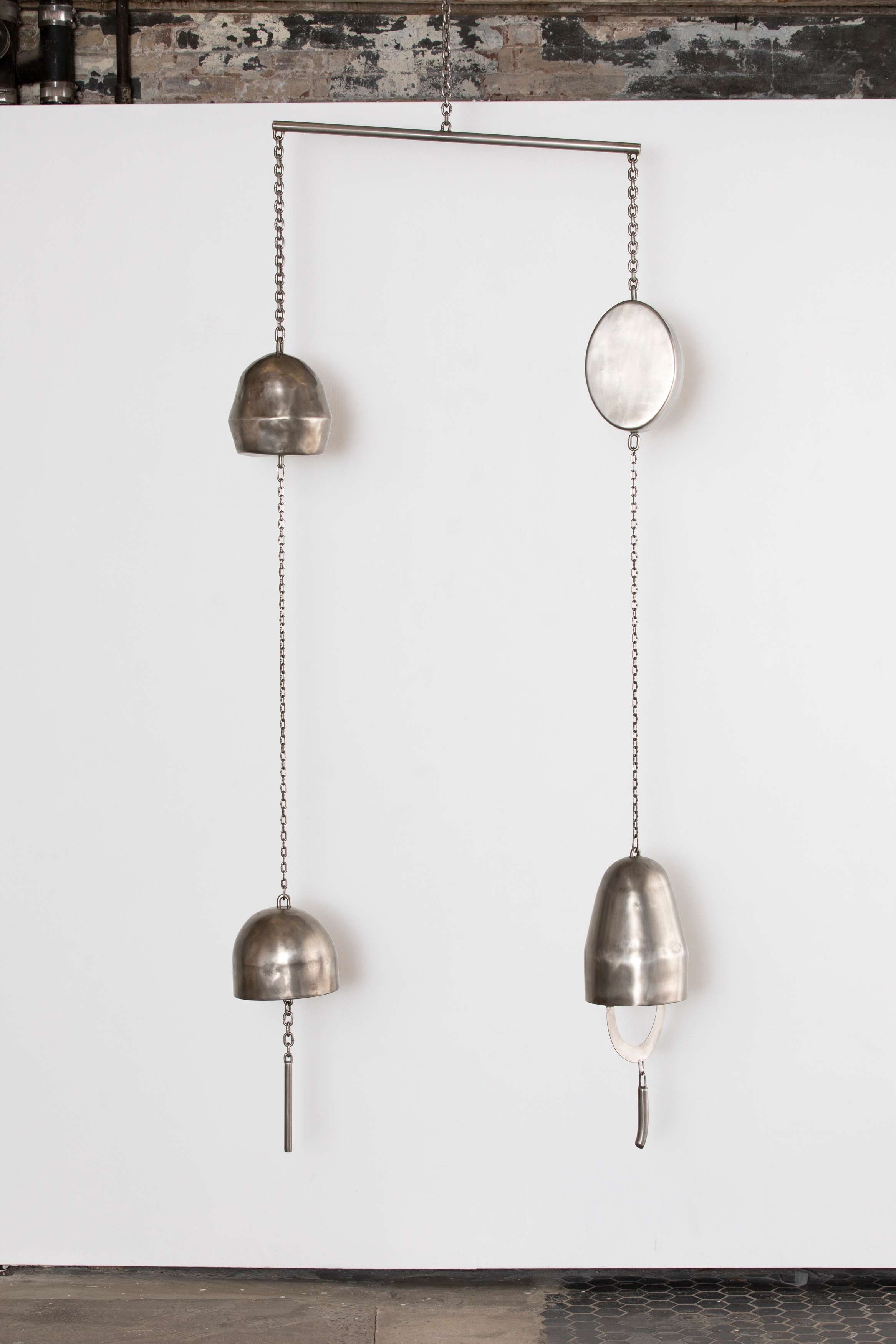 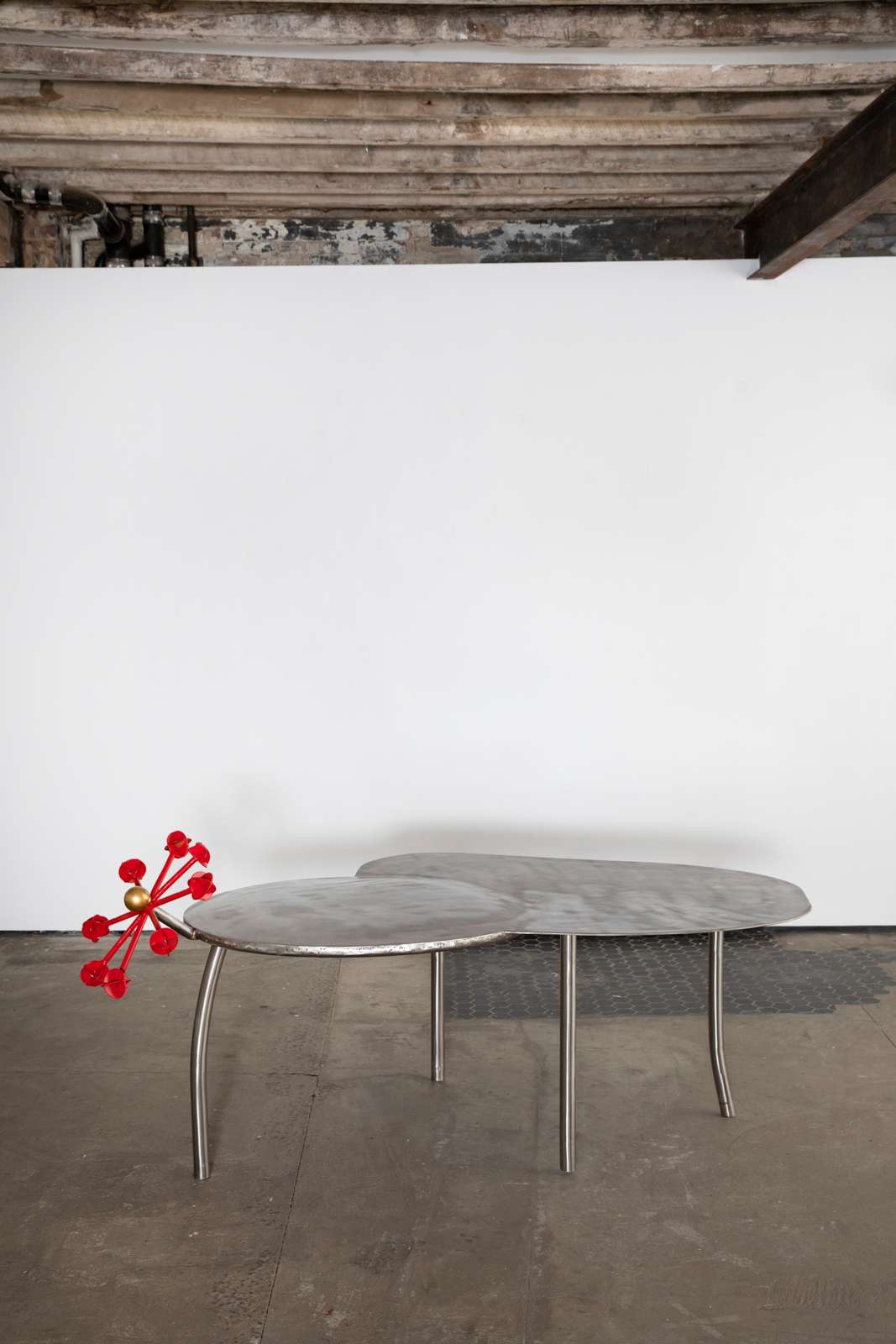 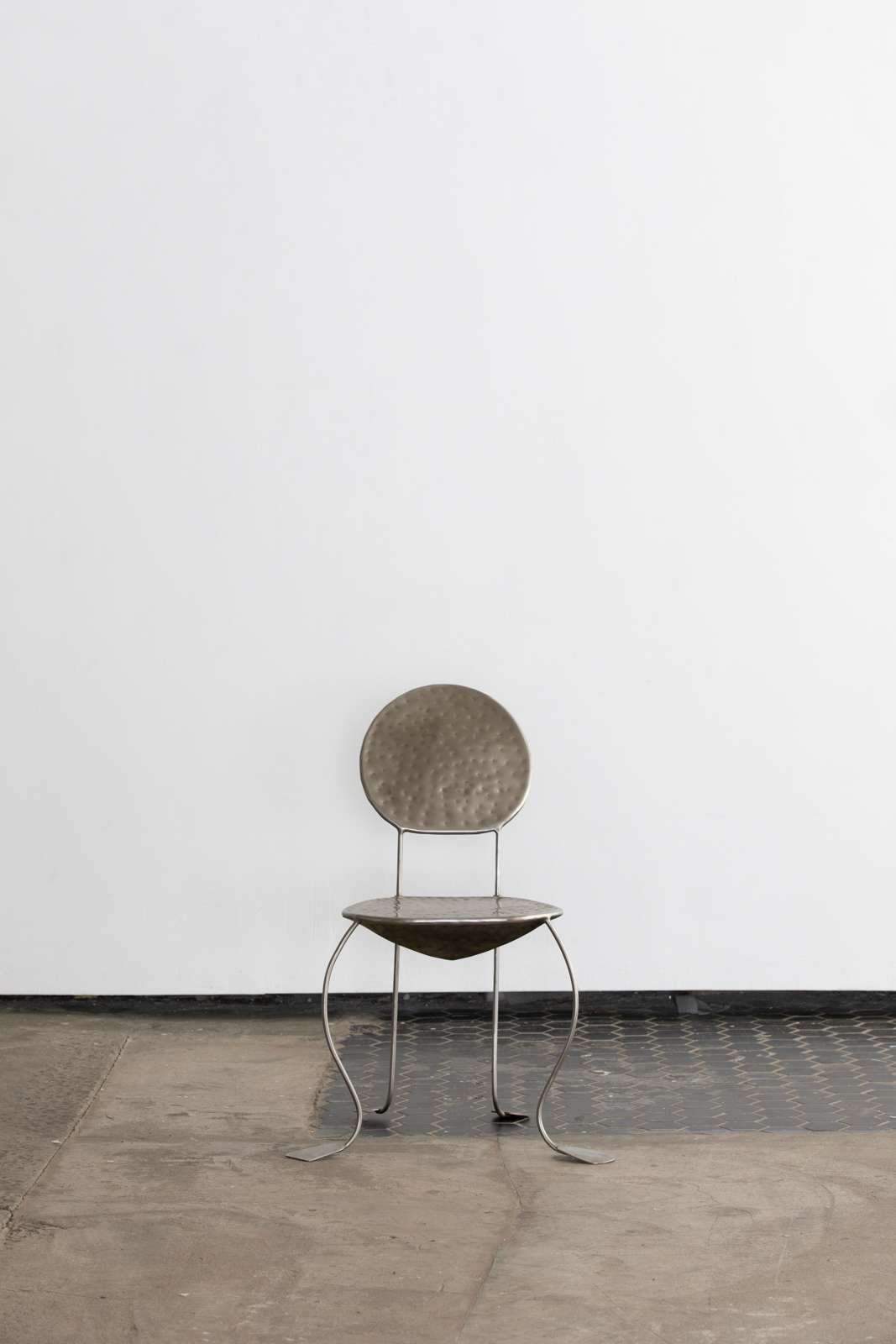 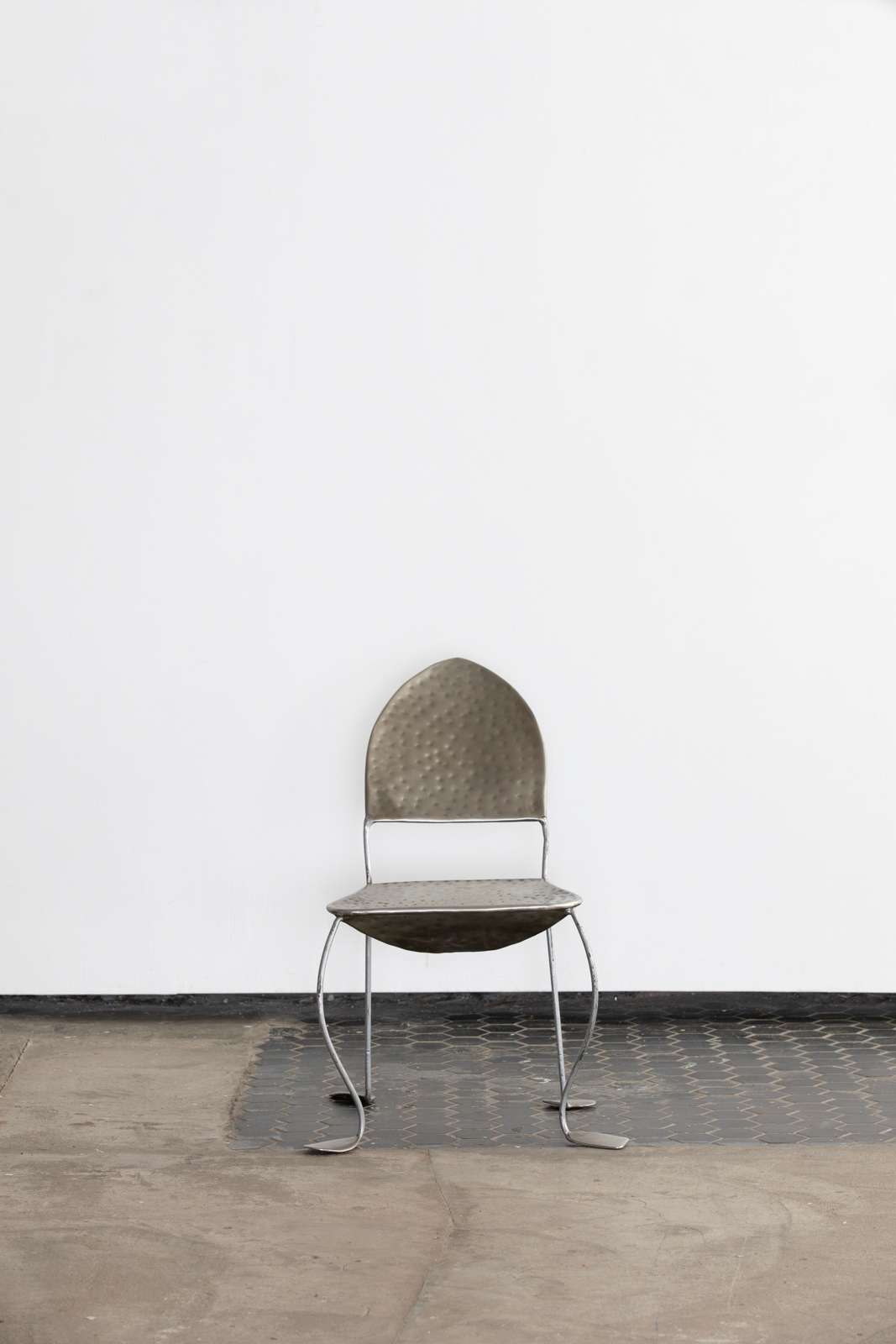 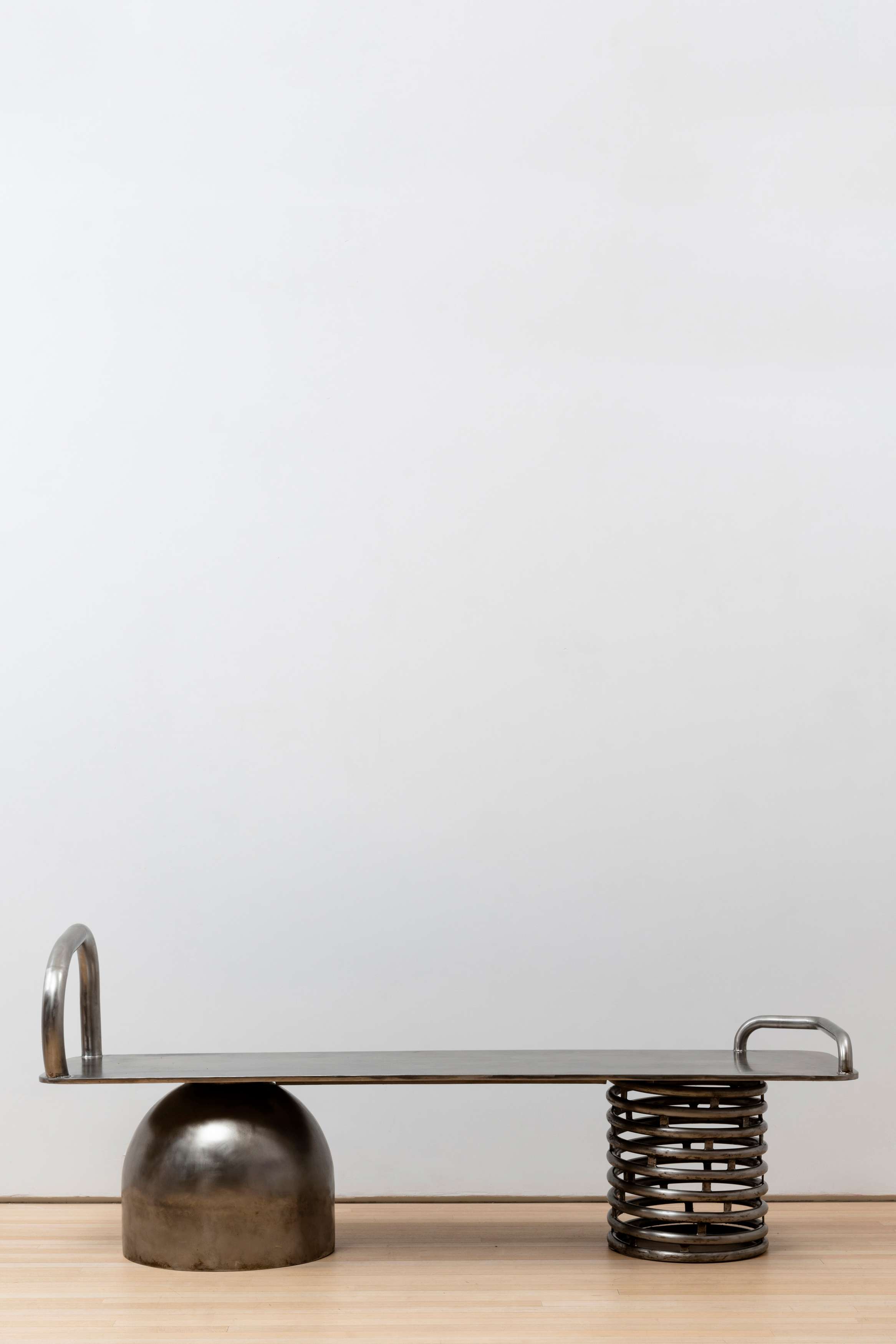 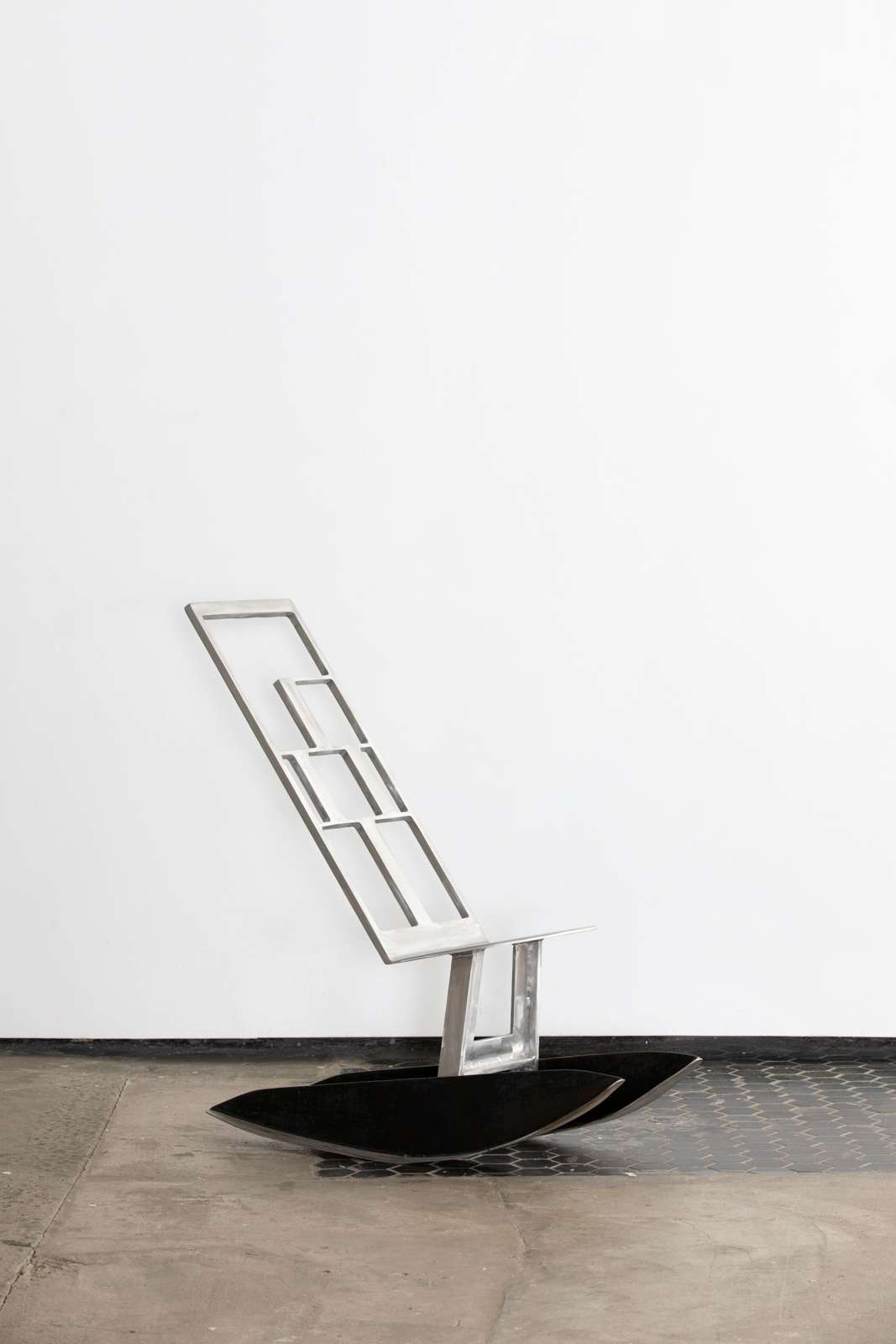 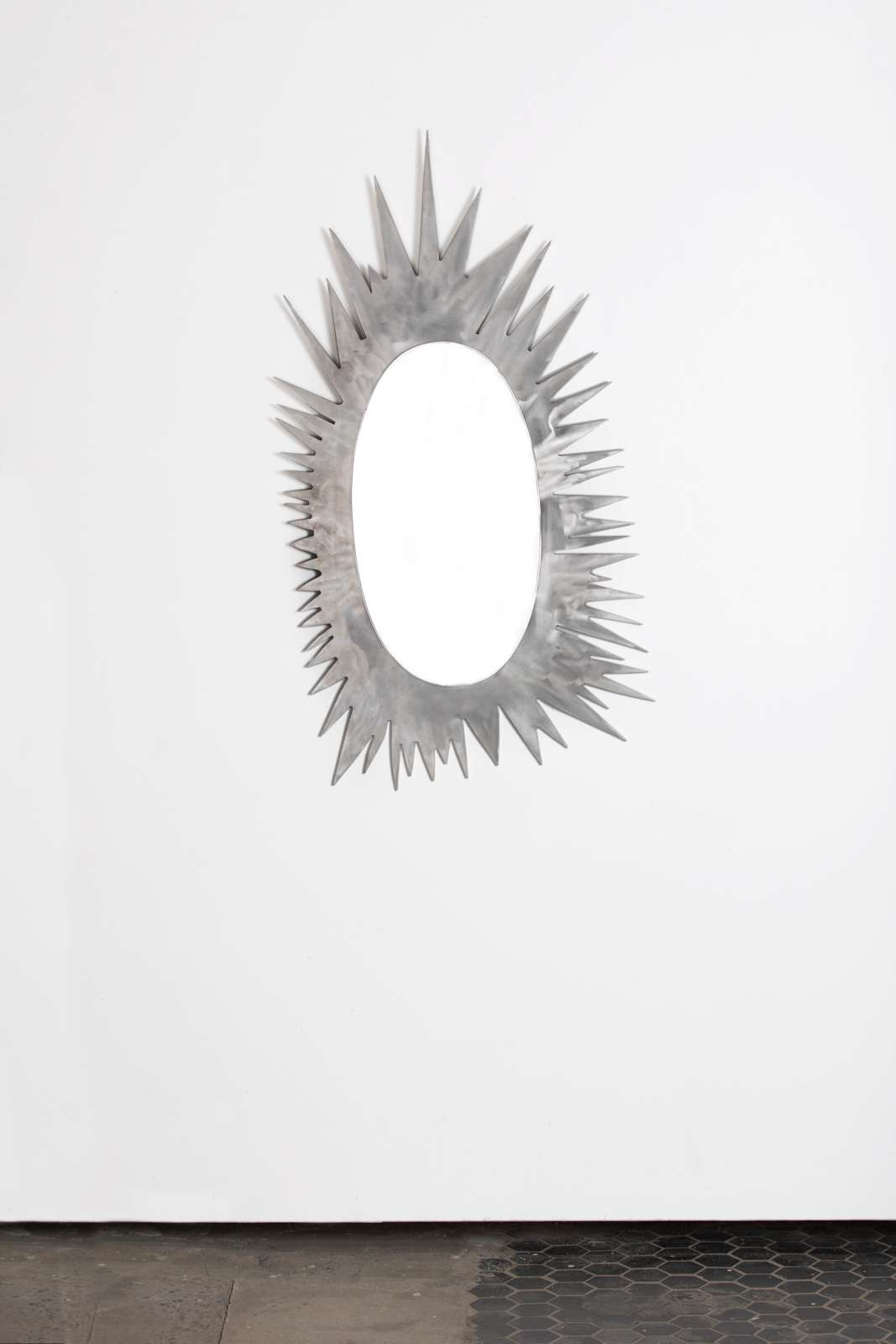 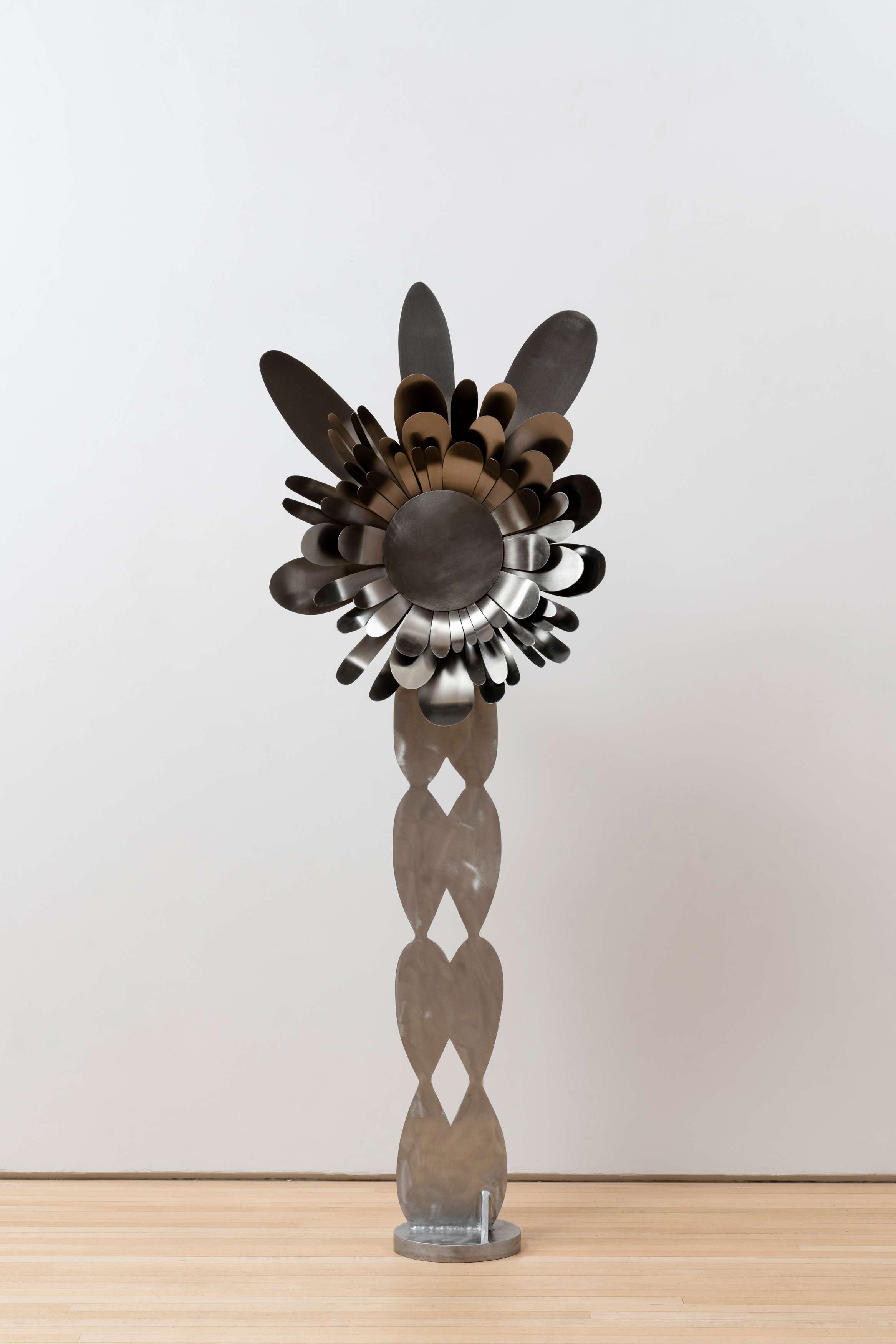 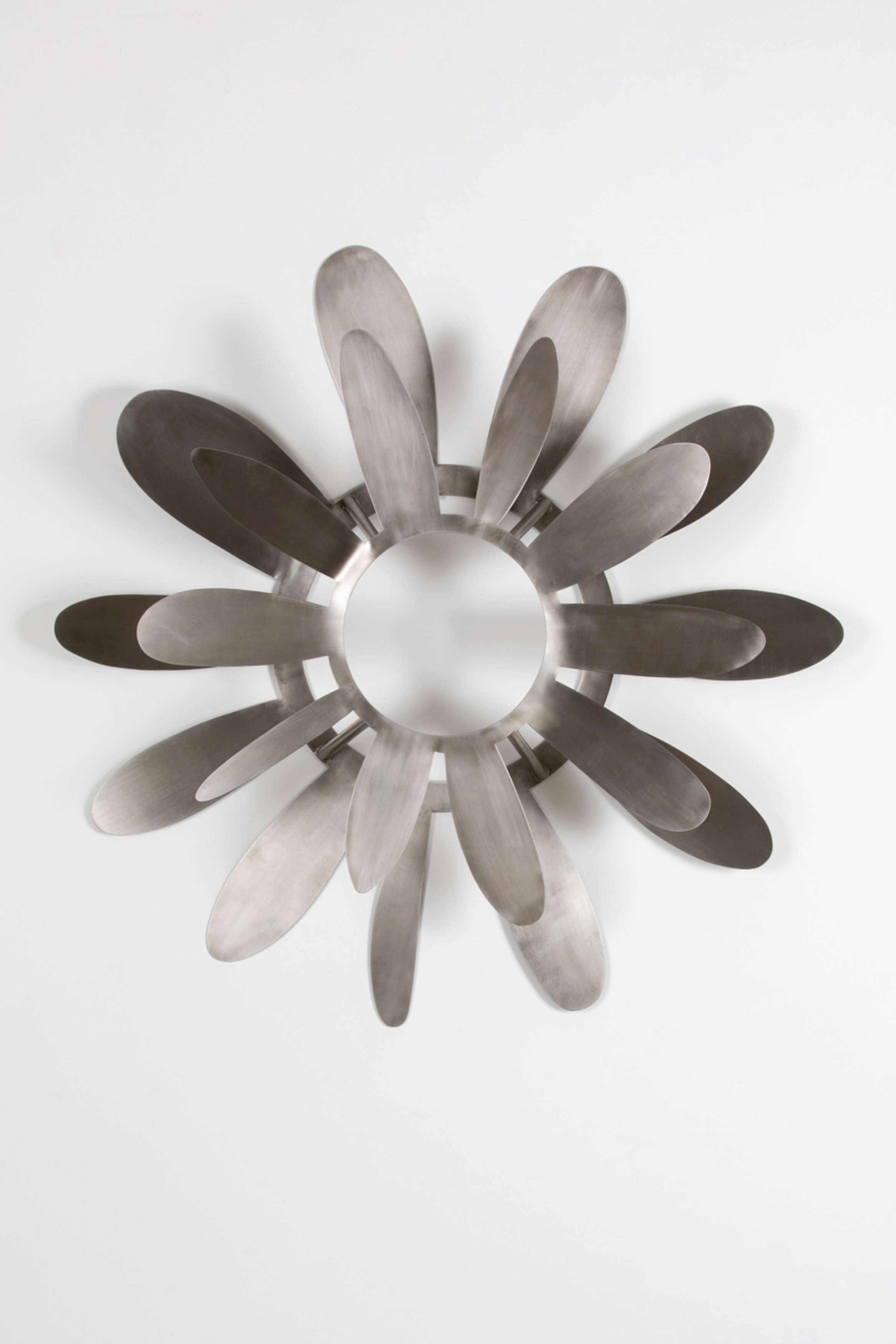 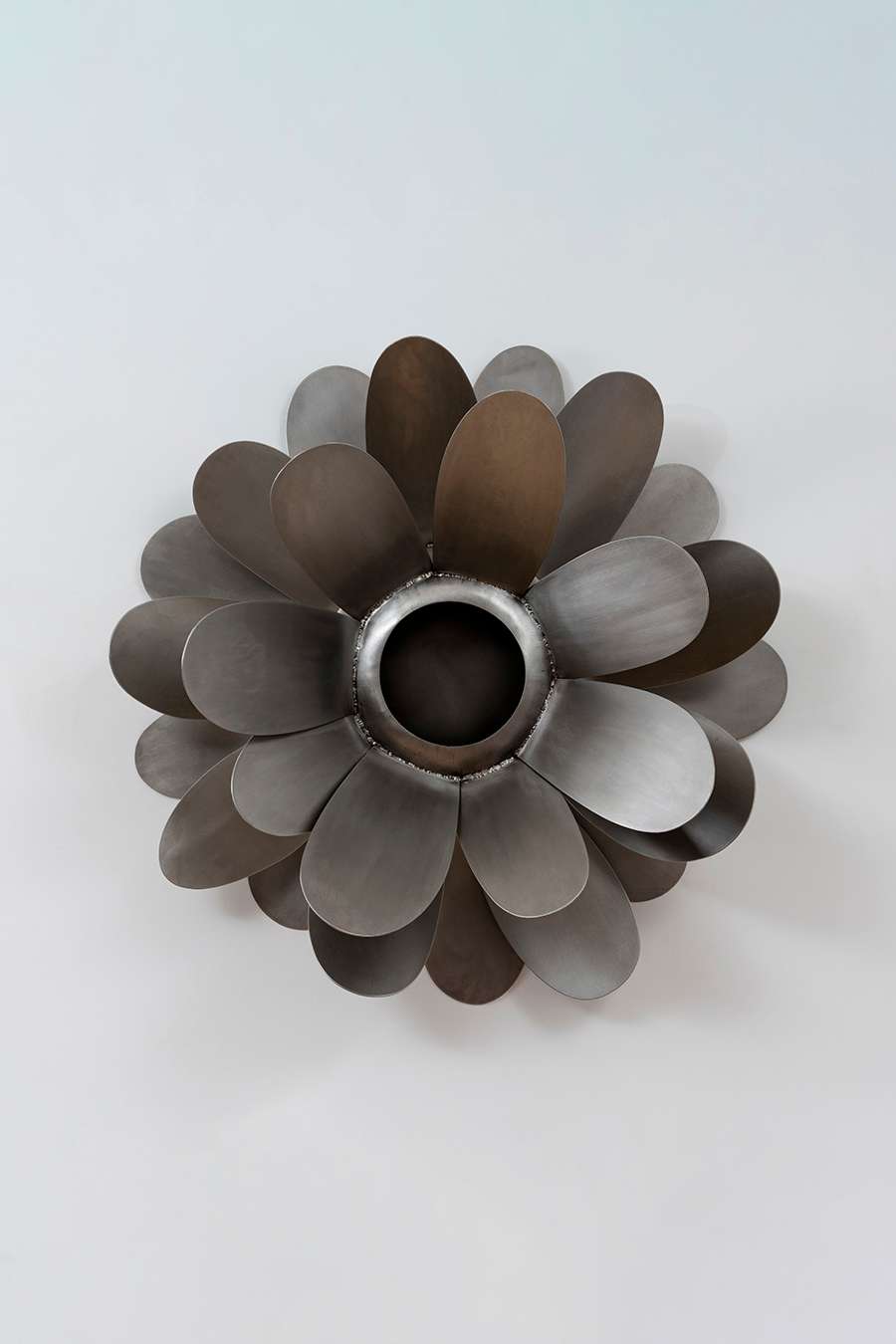 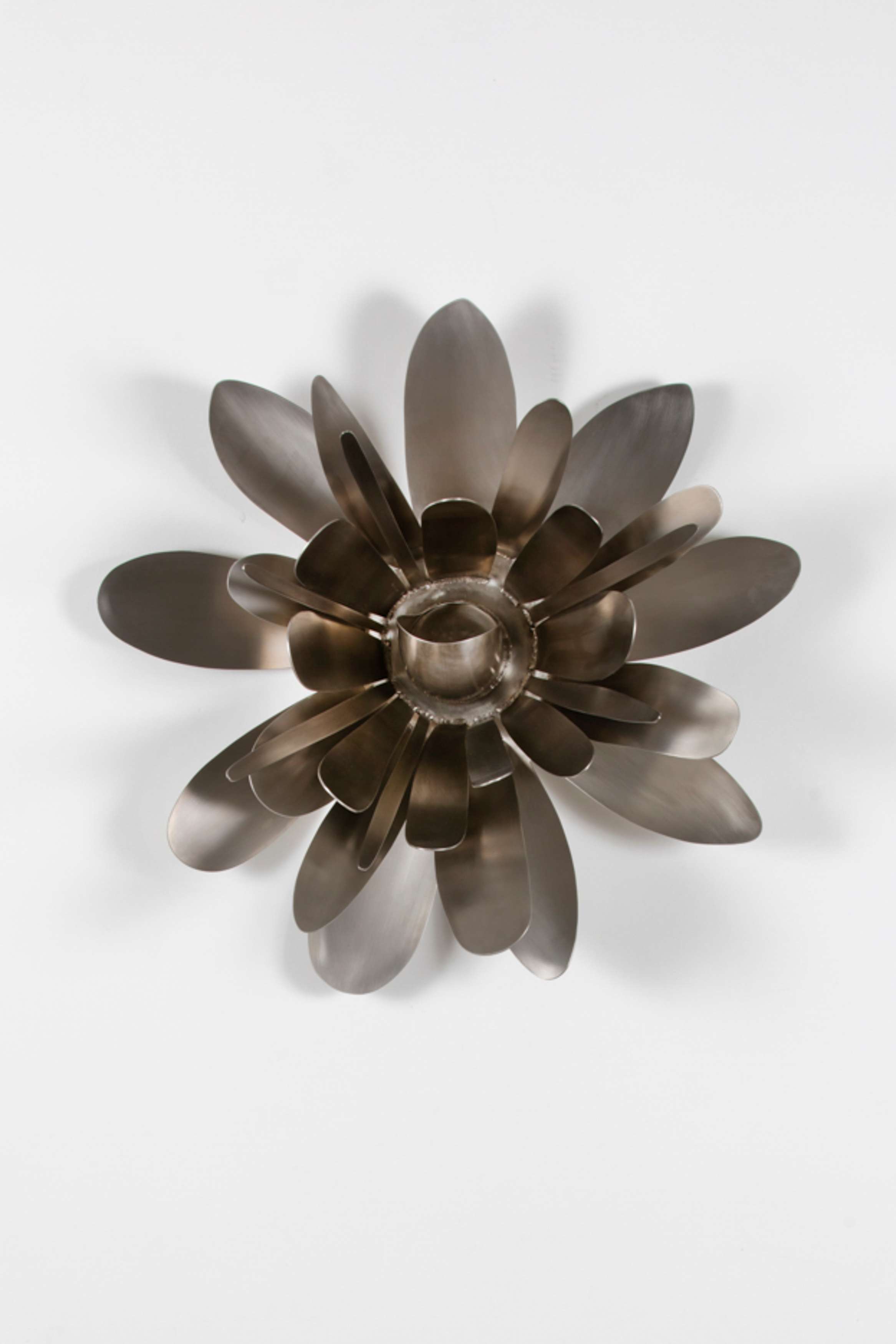 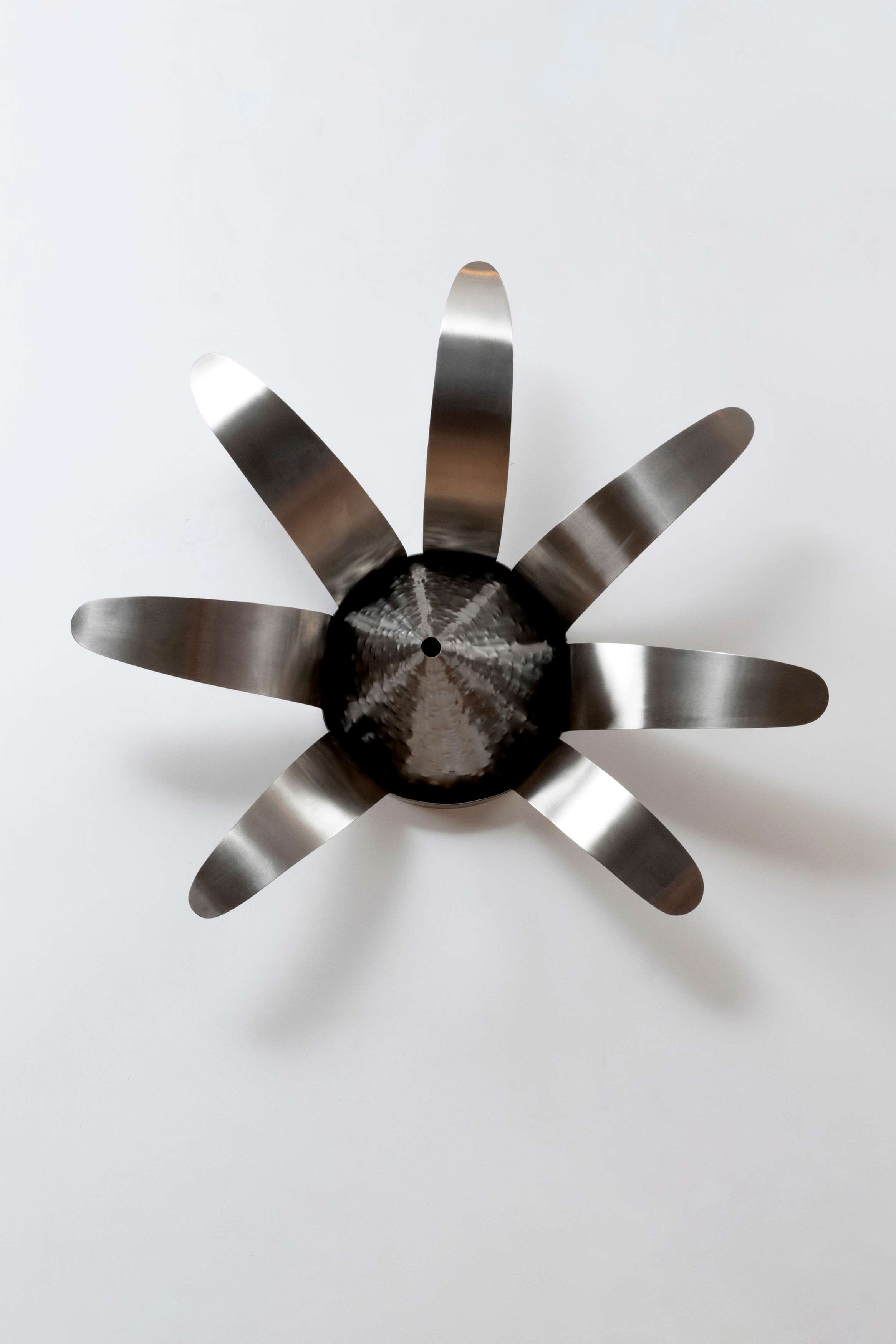 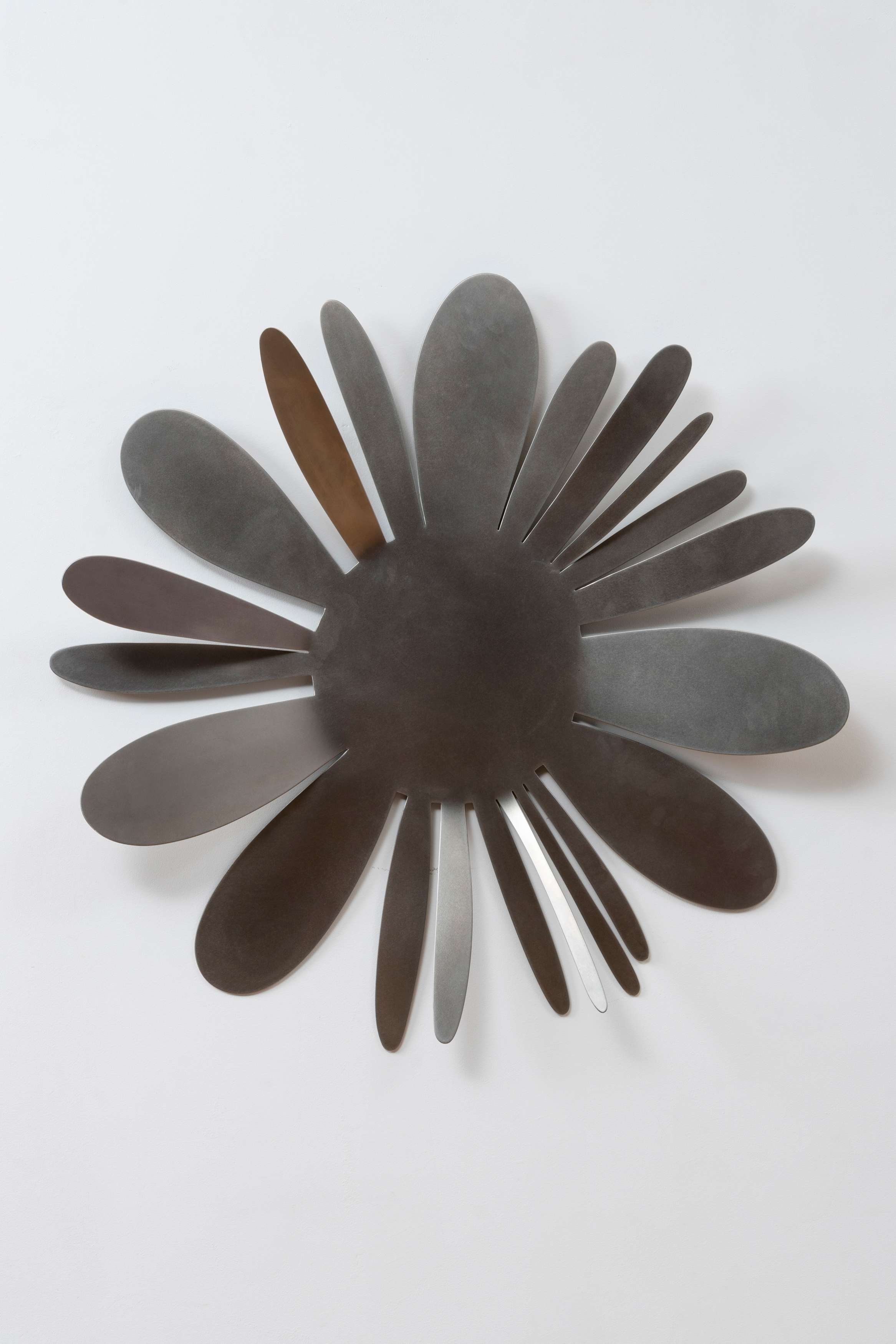 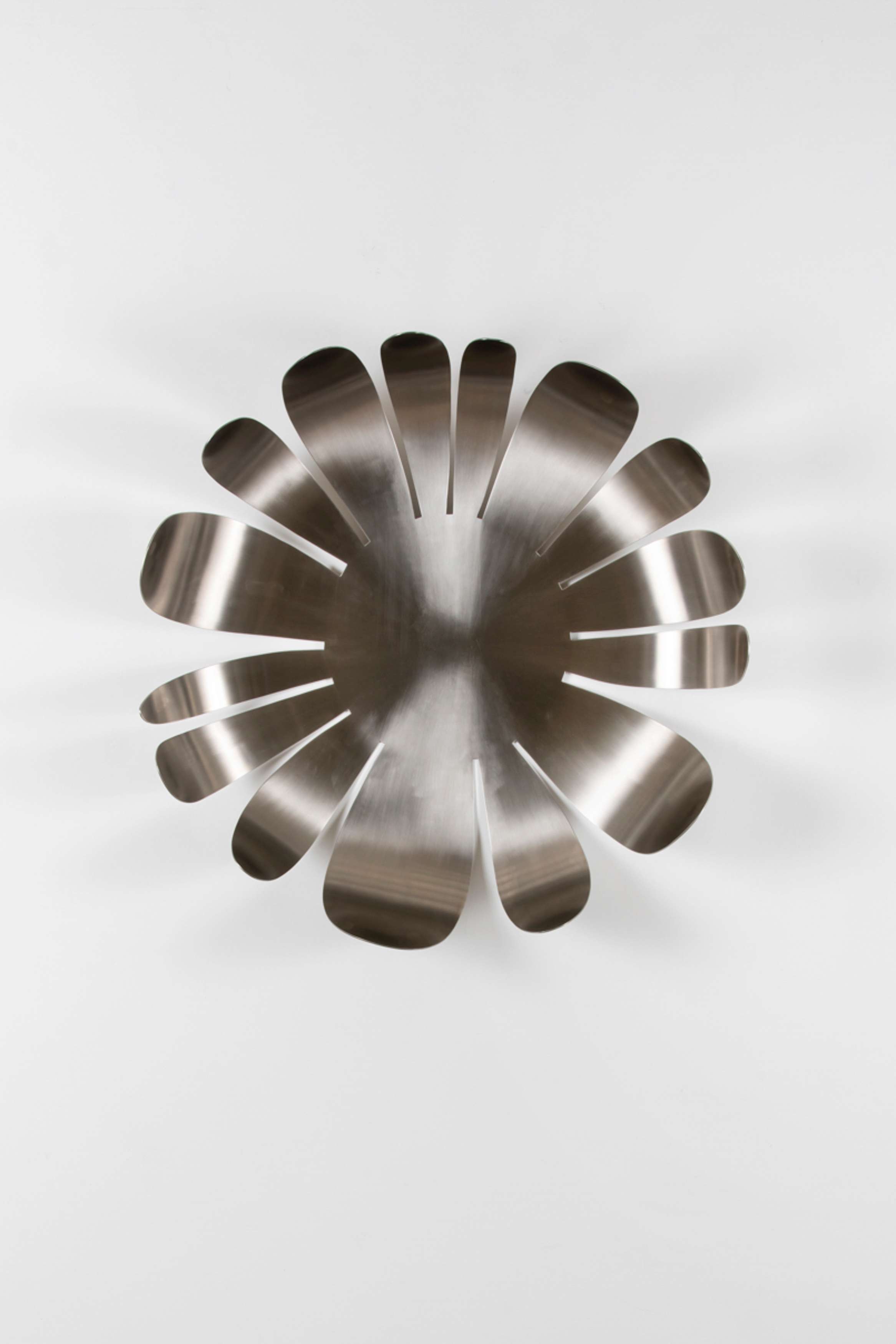 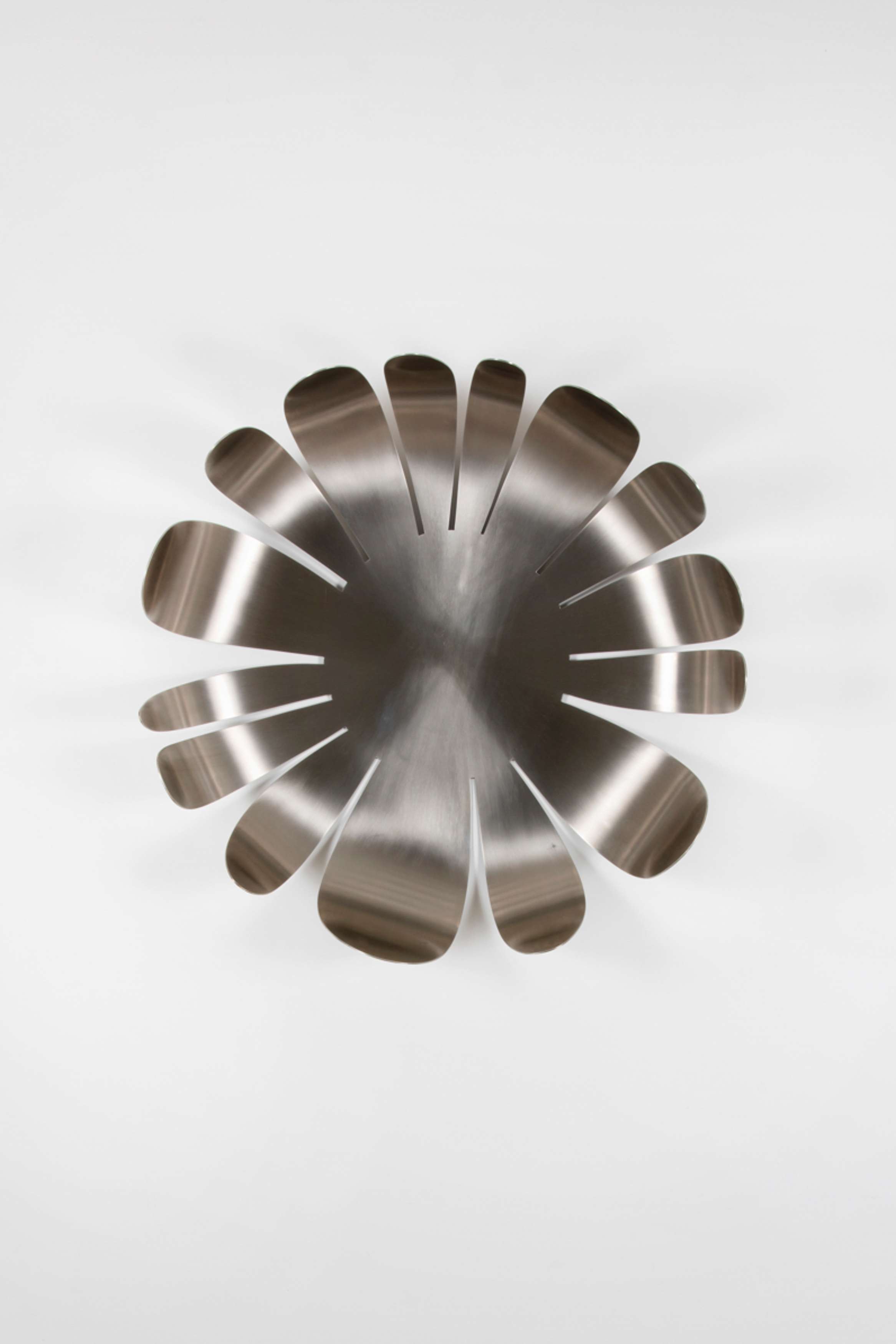 “My functional/art is a manifestation of balancing my interior world with my exterior one. Trained as a sculptor, I strive for harmony through dissonance. My work has always been the playground in which I try to unify all parts of myself. Working direct, fusing expression, I work the metal.” – Gloria Kisch, 1990, Art et Industrie

Born 1941 in New York City to German immigrants, Kisch earned a BA from Sarah Lawrence and later married with two children. In the early 1960s, Kisch uprooted her family to enroll at Otis Art Institute where she studied alongside Bas Jan Ader and Barry Le Va. Kisch joined an intimate circle of feminist and post-minimalist artists living and working in Venice Beach, CA. In 1973 she participated in the inaugural exhibition at Womanspace, Judy Chicago’s cooperative-run feminist gallery, which later became the Women’s Building. Kisch’s career blossomed with landmark exhibitions alongside Bruce Nauman, Ed Ruscha, Kenneth Price and Richard Diebenkorn, impressive solo presentations in museums, and large public art commissions when she transitioned from painting to sculpture.

In 1981 Kisch returned to New York, set up a studio in Cooper Square, and began working with metal—primarily stainless steel for its permanence and ability to withstand the outdoors. “Where her earlier works had gained their strength from flimsy materials, Kisch would now discover the rewards of harsh permanency. Yet, what Kisch did with these materials was to treat them as if they were weightless. Her interest in the life cycle too would be well served by the sometimes changing nature of metals in relation to time. In Kisch's hands, even the strongest metals curl, bend, and climb, as it to defy gravity and explanation in one fell swoop.” [1]

In the late 1980s, under the wing of Rick Kaufmann, Kitsch ventured into the realm of functional sculpture. She held two solo exhibitions at Kaufmann’s iconic SoHo gallery Art et Industrie—a unique outpost known for showcasing radical design coming out of Europe and a platform for new talents in America. In 1991 she was included in a monumental group show titled Art and Application at Turbulence Gallery which placed her Functional Sculptures alongside art and design world luminaries Vito Acconci, Richard Artchwager, John Chamberlain, Wendel Castle, and Gaetano Pesce.

“That 'something' implicit in the work of Gloria Kisch, is the rhythm of grace under pressure, the kinetic energy of brute force harnessed to intellectual endeavor and the balance of the well resolved yet impromptu gesture. There is a clear urgency of process, material process that is powerful and direct.”  – Rick Kaufmann, 1990

Included in As Above, So Is Below are Sliding down the Mountain III & IV, a pair of steel rocking chairs first shown at Art et Industrie in 1991 that embody movement and stability simultaneously. For Kisch, her functional sculpture was always about duality: dissonance and harmony, permanence and impermanence, and the desire to present both her internal and external realities with works that encapsulated these dualities in both material and function. “I became interested in functional art because it was a way for me to address my outer reality. For several years I became very involved with redefining for myself the common object. I learned to exalt it, and create it with my own voice.” [2]

In the early 2000s, Kisch purchased a large parcel of land in Riverhead, New York upon which she built her home and studio, furnished with many of the works shown in As Above So Is Below, including Chair 1 and Chair 2. Here nestled within 30 acres of uninterrupted nature, she created her two final bodies of work, The Bell Series and her Immortal Flowers. Stemming from her interest in the fusion of function and spirituality, The Bell Series includes 24 unique, suspended sculptures hanging up to 10ft tall and composed of various metal shapes, linked by chains and chimes. “My ability to merge myself in the wild became my place of origin for my bell series… [The] Bells incorporate in one body of work my interest in nature, my early musical training, and my interest in functional art. The Bells also unite my sculpture with Oriental thought, which has been a lifetime interest. Bells announce a moment in time and their ring uplifts us to consciousness.” [3] With strong wind or movement, the Bells chime and clang in a resounding industrial sound that stands in stark contrast to the ambient sounds of Paolo Soleri’s bells made for Arcosanti, but share in their powerful and meditative presence.

Kisch’s final body of work before passing at the age of 72 were her Immortal Flowers, a series of wall-mounted flower sculptures ranging from two to four feet wide. “The flower is a metaphor for me of the life cycle. Its development moves quickly from one state to another. The flowers' full bloom lasts moments. Like the sound of the bell, it is short in time. In my immortal flowers, this bloom is frozen forever.” [4] These exuberant bursts of stainless steel seem to celebrate life at its fullest – an ode to her life and extraordinary half-century career.

For additional information on the work of Gloria Kisch, please contact Zoe Fisher or Trang Tran.