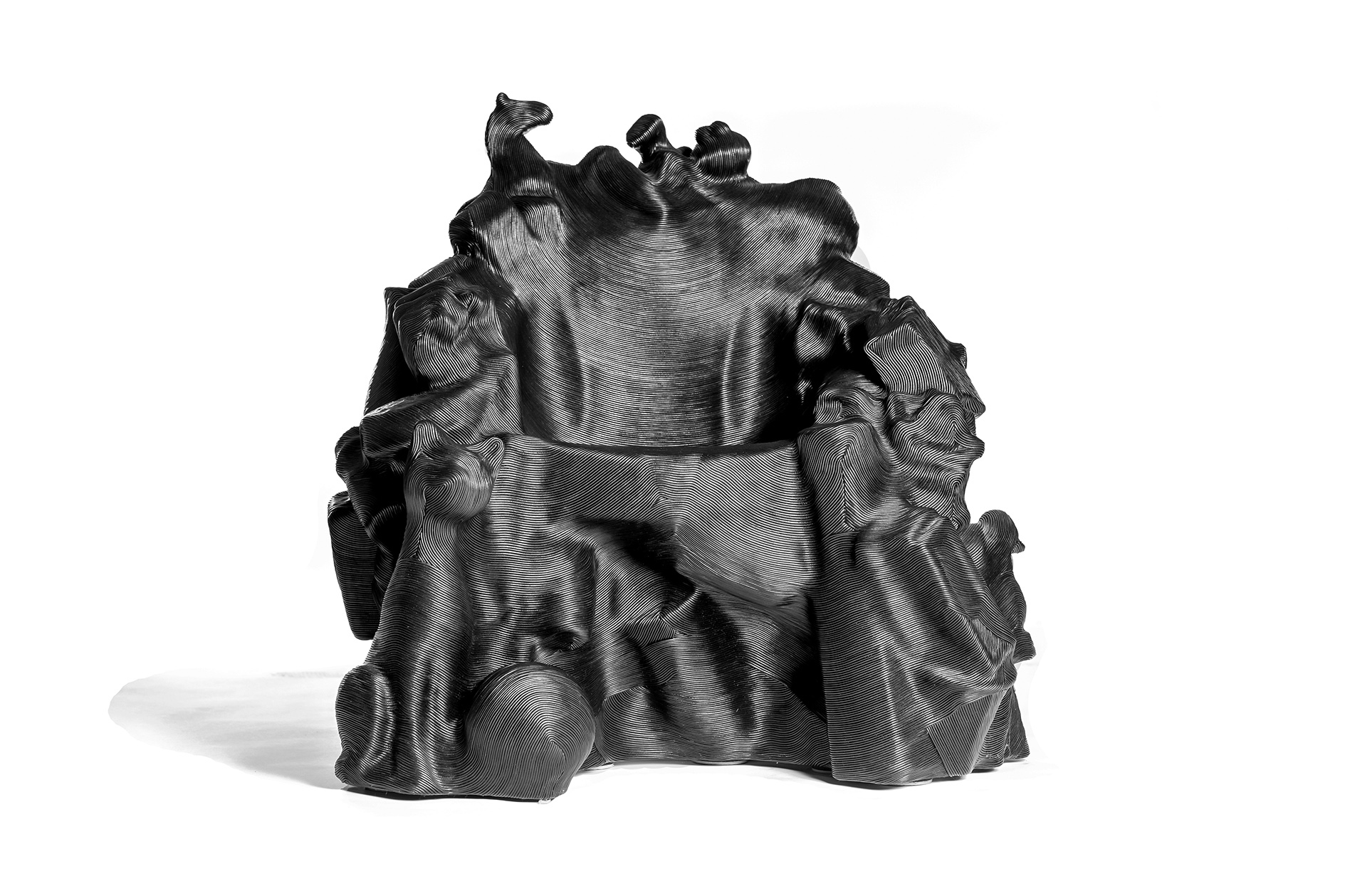 Jeanne Greenberg Rohatyn and Paul Johnson are pleased to present the inaugural exhibition of Salon 94 Design. The show takes its spirit and name from the 1999 Jim Jarmusch cult film, Ghost Dog: The Way of the Samurai. The protagonist of the film, the titular Ghost Dog, is a hitman who follows the ancient Samurai code. Like the Samurai, these designers work under the radar with their own self-prescribed sets of rules. The designers represent a wide geographic and generational sampling of design practices, yet each privileges the handmade, DIY mode of self-manufacturing.

Thomas Barger lives and works in Brooklyn, New York. He studied Architecture and Landscape Architecture at the University of Illinois, Urbana-Champaign. His work is a reaction to his experiences with modernist design and living in New York City. Composed of pigmented paper pulp constructed around wooden frames, the works take on unusual shapes reminiscent of childhood cartoons or papier-mâchéd fantasy balloon animals. He loves to drink green tea and his favorite animals are dogs and pygmy goats.

Jack Craig lives and works in Detroit, Michigan. He was trained first as an engineer (Bachelor and Master of Science, University of Maryland, 2001 and 2003). Later he worked for the US Navy in the infrared division before leaving to pursue an Industrial Design degree (Bachelor of Art, University of Illinois, 2010). He continued his studies at Cranbrook Academy of Art, earning a Master of Fine Art in 3D Design. His elegant works are composed of hand-dripped bronze and concrete.

Kwangho Lee lives and works in Seoul, South Korea, having received his BA in 2007 from Hongik University, majoring in Metal Art & Design. Inspired by a childhood growing up on a farm with his grandparents, Lee uses humble materials and traditional techniques in innovative ways, whether his tables made from bundled rice straw or novel interpretations of weaving processes. He has developed a way of knitting industrial materials to create lamps from tangles of extension cords, as well as a series of couches and stools made from woven garden hoses, PVC, leather and silk, titled Obsession.

Jay Sae Jung Oh was born in South Korea, and lives and works in Seattle, Washington. She received her Masters Degree in Sculpture from Kookmin University, South Korea, and later joined the 3D Design Department at Cranbrook Academy of Art. She is a visiting professor teaching Industrial Design at the University of Illinois, Chicago. After Cranbrook, she apprenticed for eminent Italian designer, Gaetano Pesce. In her Savage Series, she first takes collected, discarded plastic objects and toys, then wraps them with individual cowhide leathercords. Oh hopes that upon viewing the pieces people will “reconsider the ordinary and find value in these products reborn. Innovation, invention, and beauty evident in even the most mundane, everyday objects that we take for granted and put to waste.”

Gaetano Pesce, perhaps the godfather of this show, was born in 1939 in La Spezia, Italy, and today lives and works in New York and Milan. His career spans five decades with international commissions and exhibitions in architecture, urban planning, interior, and industrial design. He is a founder of Radical Design (Italy, late 1960s). A guiding principle of his work, he has said, “modernism is less a style than a method for interpreting the present and hinting at the future in which individuality is preserved and celebrated.” Since the 1980s, Pesce has exploited the technical qualities of resins, polyurethanes and silicones to create signature pliable, corporeal, and organic design. A new series of hanging lamps and wall sconces made from this material preside over a new cabinet, employing Pesce’s signature joyful voice and figuration in taking the shape of a clown.