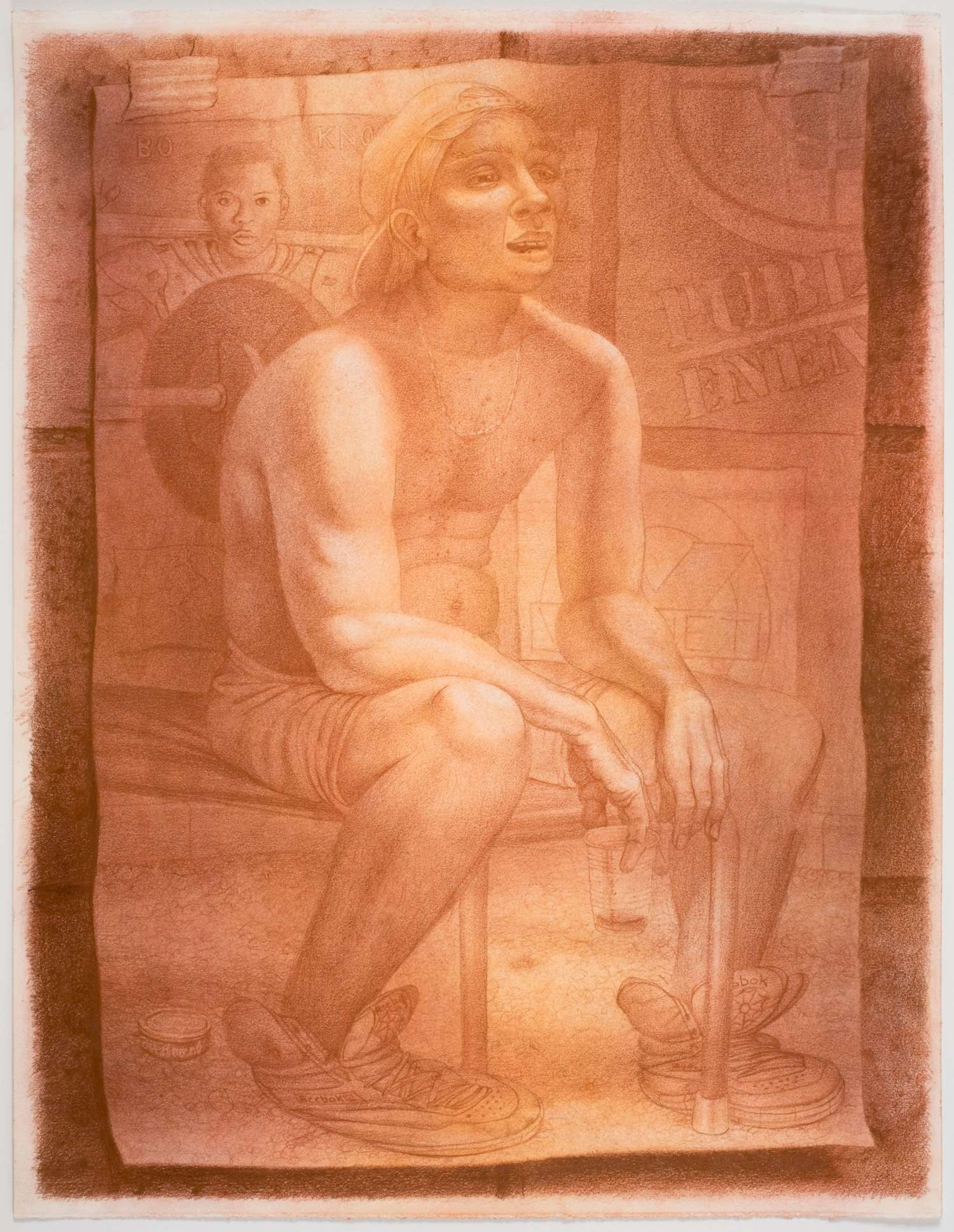 Gerald Davis Nothing is Coming to Me

Salon 94 Freemans is pleased to present Nothing is Coming to Me, an exhibition of new work by Gerald Davis. It is the artist’s third solo show with the gallery. The show is comprised of several monochromatic drawings and one painting triptych.

In his deftly drawn, lushly colored scenes, Davis explores the libidinal underpinnings and pathos of everyday life. In the darkly lit, surreal realm of Davis’ imagination, teenage girls are vilified for years-old rejections, babies are imperiled by unnamable dangers, vindictive art dealers lambast the artist, and the sexual urge is likened to a canine’s sense of smell – and animal instinct.

Increasingly, Davis’s work is turning inward, hearkening back to both the doomed romanticism of the Pre-Raphaelites and chaotic expressionism of Munch. His world is governed by magical thinking, fantastical biology, and the shame brought on by past transgressions and an inability to connect. Nothing is Coming to Me is both an ironic and sincere explanation of the work; while much comes to the artist in his imagination, anxiety about the present and future emanates from the work.

Gerald Davis was born in 1974 in Pittsburgh, PA. He Iives and works in Los Angeles. His work is in the collection of the Whitney Museum of American Art in New York and the Hammer Museum in Los Angeles.