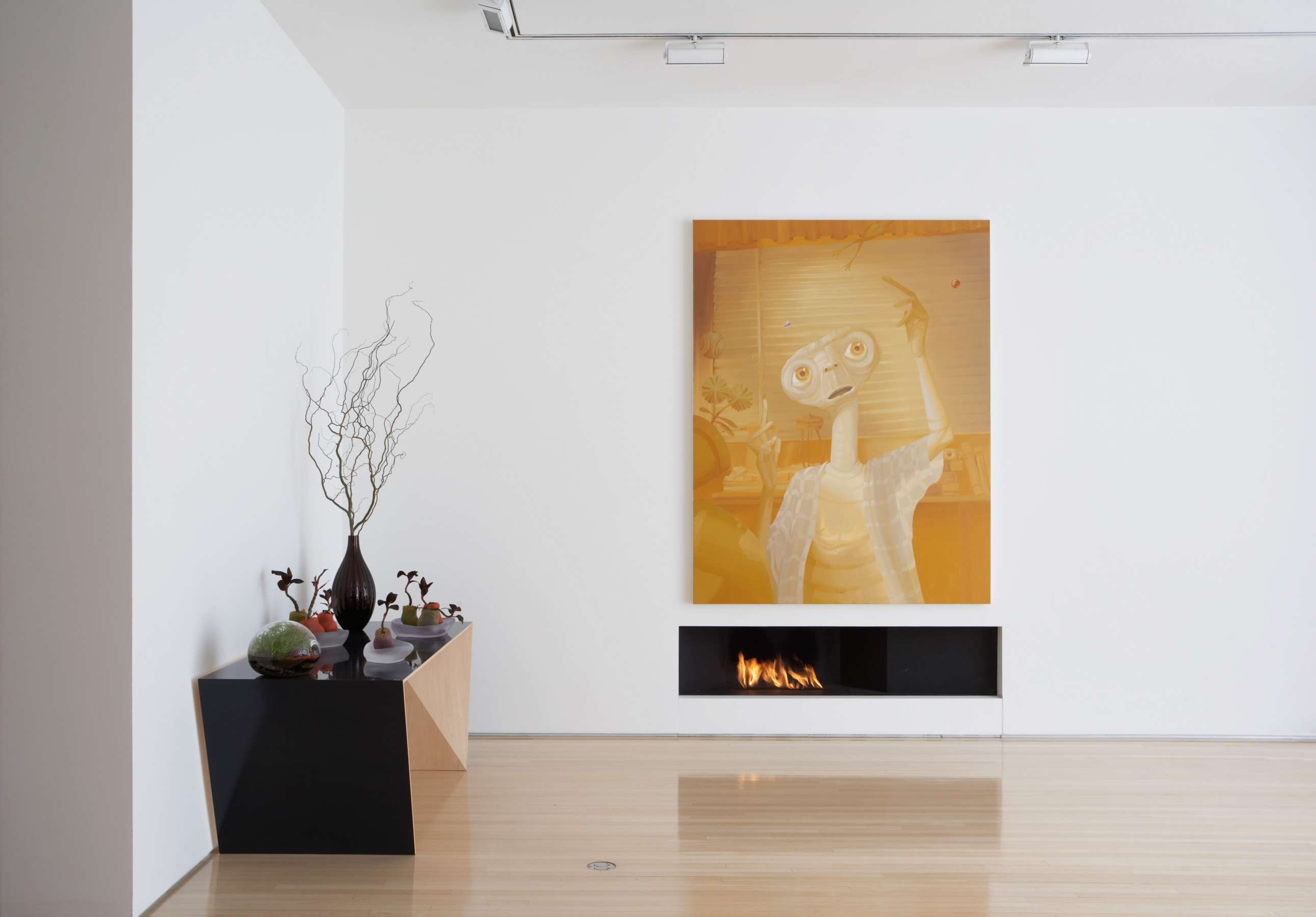 The first solo exhibition of paintings by Los Angeles based Gerald Davis in New York.

Salon 94 is pleased to present the first solo exhibition of paintings by Los Angeles based Gerald Davis in New York. John Connelly Presents will be showing Davis' drawings.

Born 1974 in Pittsburgh, Gerald Davis presents a group of new works from '1986', an ongoing autobiographical drawing and painting project making personal time capsules from memory of pivotal years and experiences. Unlike Warhol's capsules that attempted to capture time and human experience in an indiscriminate way, Davis' work deals directly with the memories of his behaviors, desires, fears and mysteries.

Working with duo or tri chromatic tones, in both his drawings and paintings, Davis plays with such monochromatic atmosphere in the paintings, everything following the same color rules: the background, the foreground, the characters. Wearing 'rose-colored glasses', or as if 'looking' under water, the paintings' monochromatic effect slows our vision. The picture seems bathed in a mist of muted tones that separates it from the outside, real world which exists in higher contrast. The paintings on view share a rich golden hue, inspired by the frescos of Piero della Francesca. In dark Belgian beer tints, they glow from within, bathing the viewer in warm and cool, fuzzy and flushed tones.

In monochromatic palettes, Davis depicts moments and desires from his past, using a cartoon like line of painting and drawing. For him, cartooning is the most logical tool for intimate expression, conveying emotion through gestures.

The paintings are homages to their (sometimes disturbing) subjects. The diptych, "Fear of Nuculer War", explores the artist's early fears of nuclear disaster during the Cold War. "Monica", a sumptuous elogy in chocolate browns, evokes adolescent 'love'.

The exhibitions are accompanied by a 64 page full color drawing catalogue, which is available for purchase.

Gerald Davis's work was show at Black Dragon Society, LA, Peres Projects Berlin and he will be featured in 'USA Today", opening at the Royal Academy in London this October.