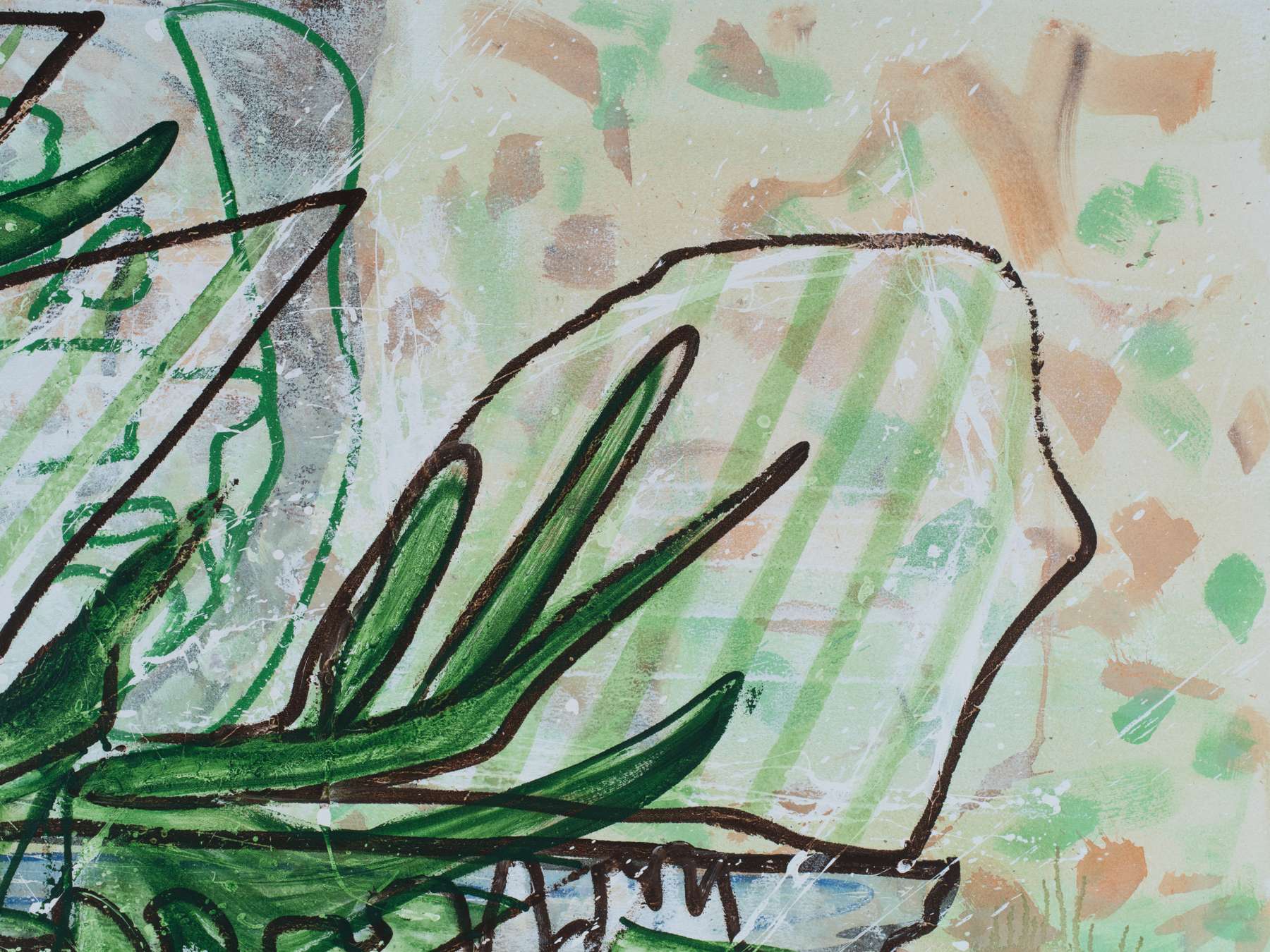 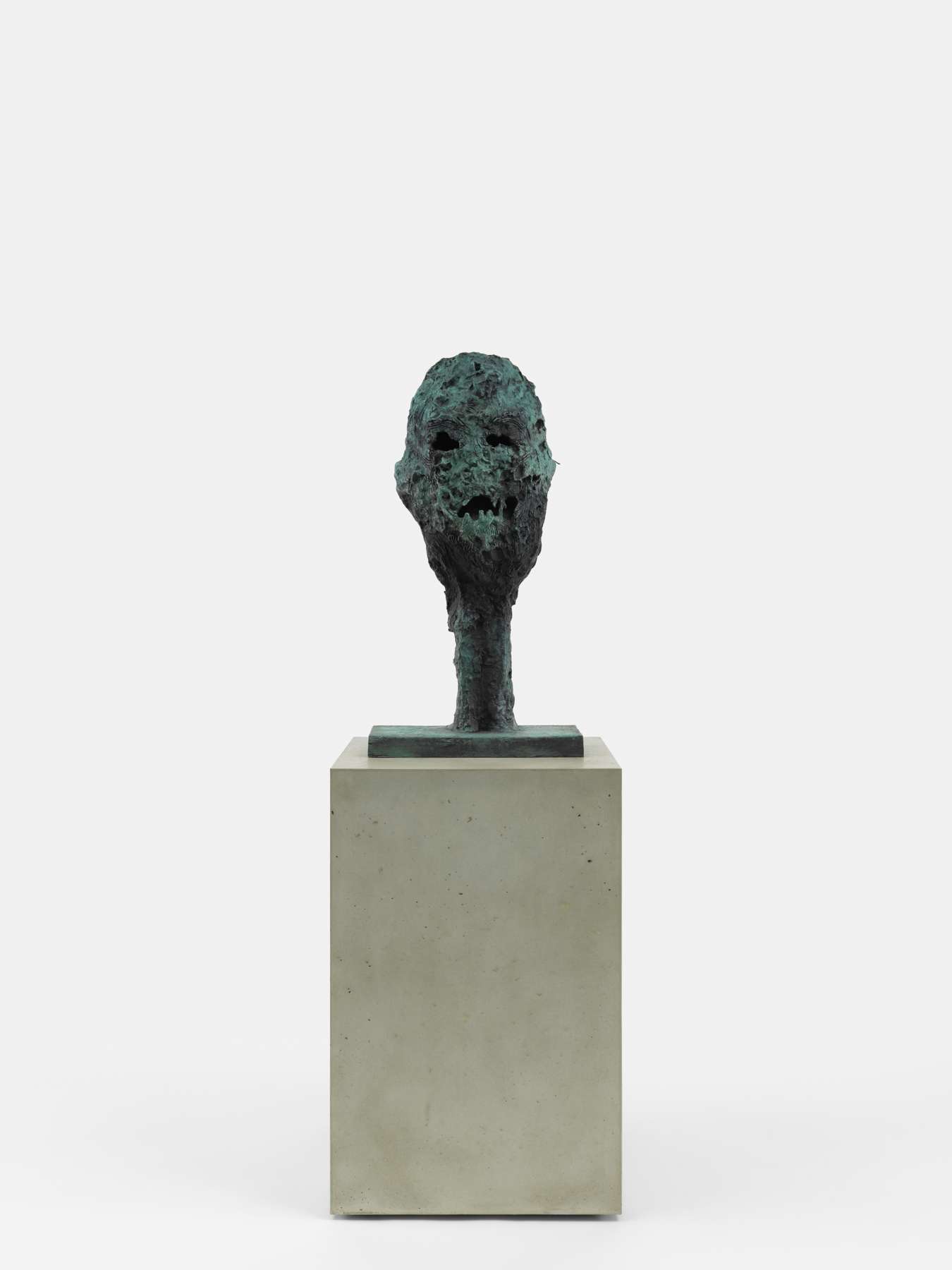 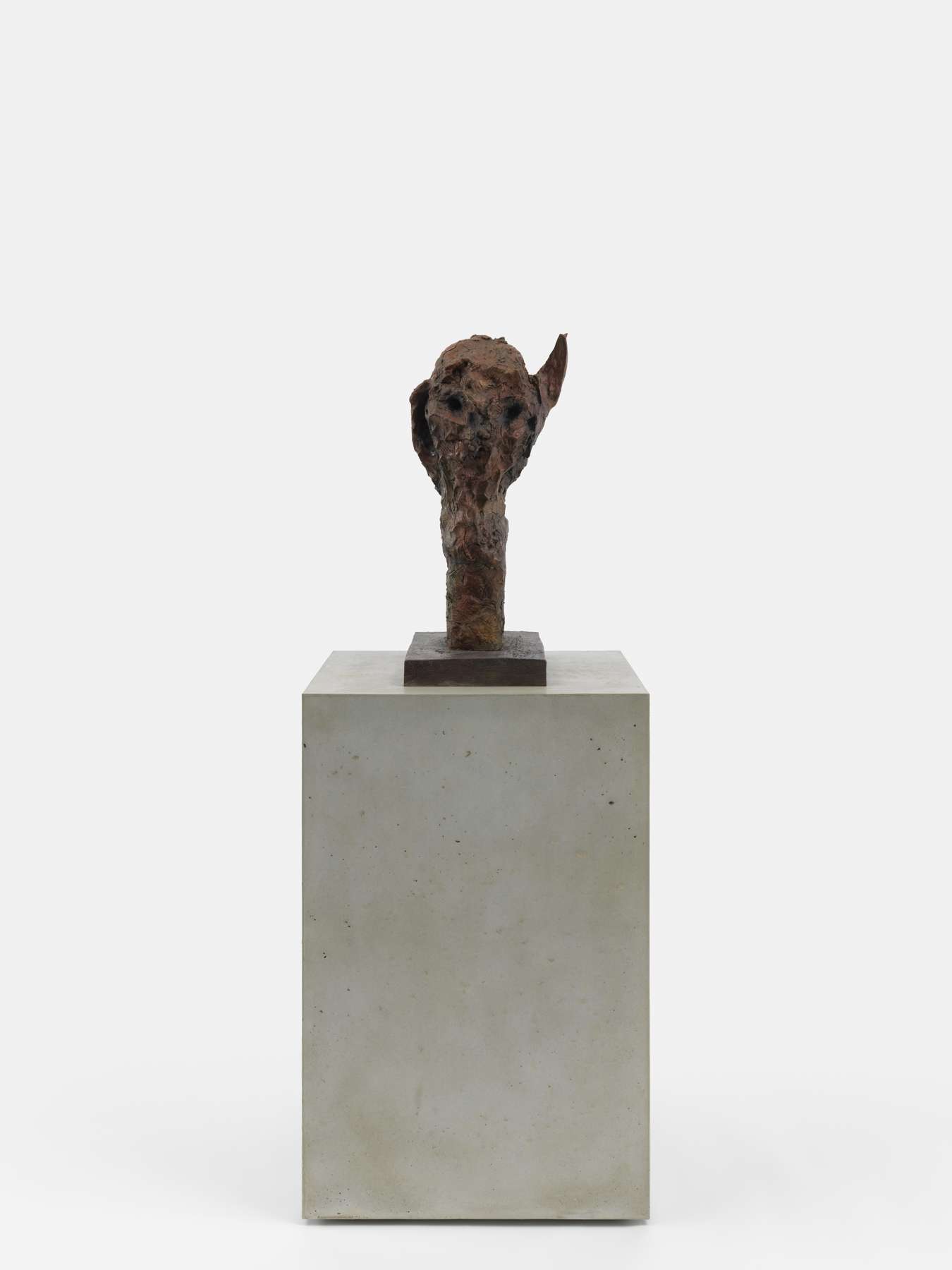 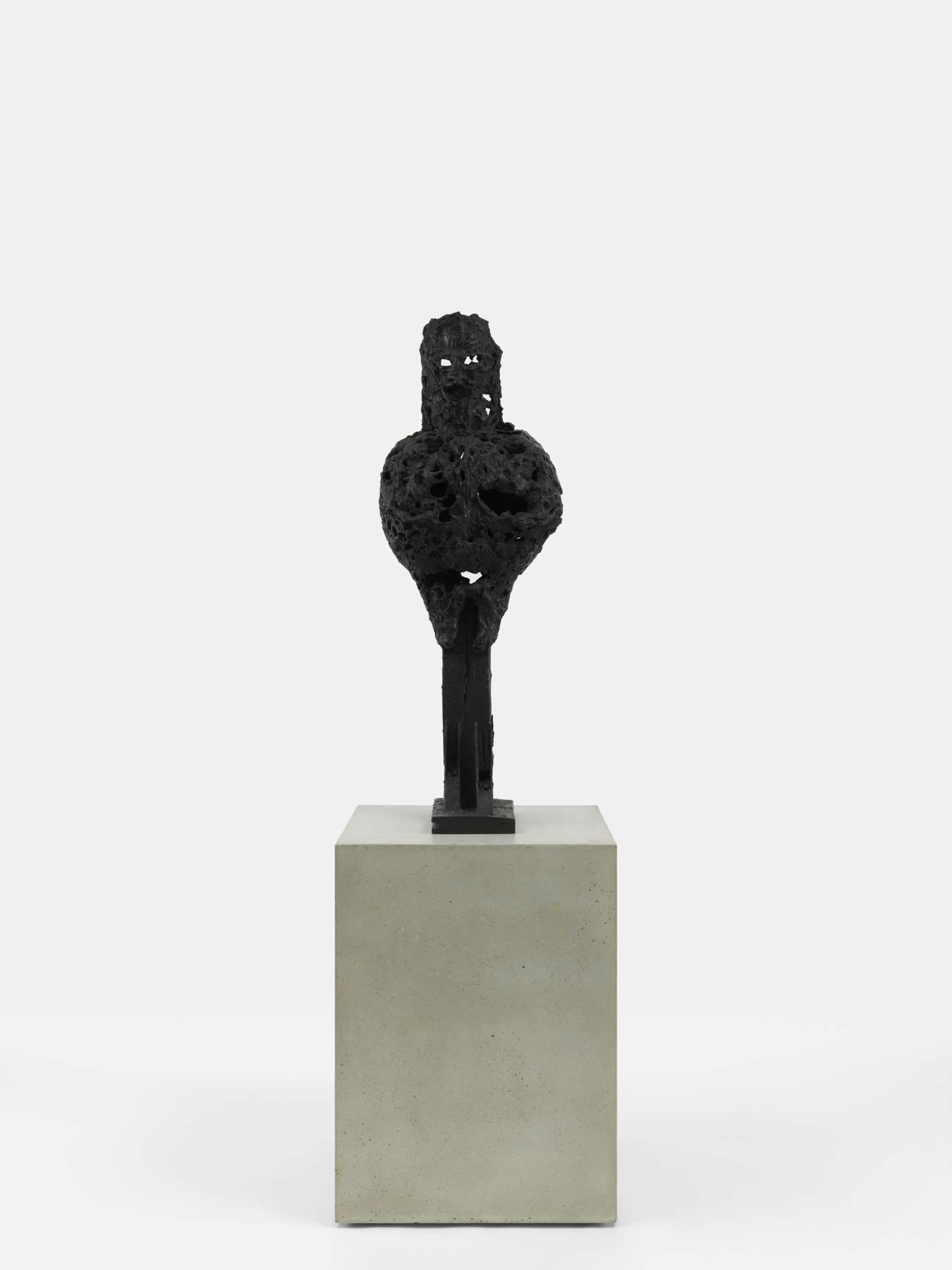 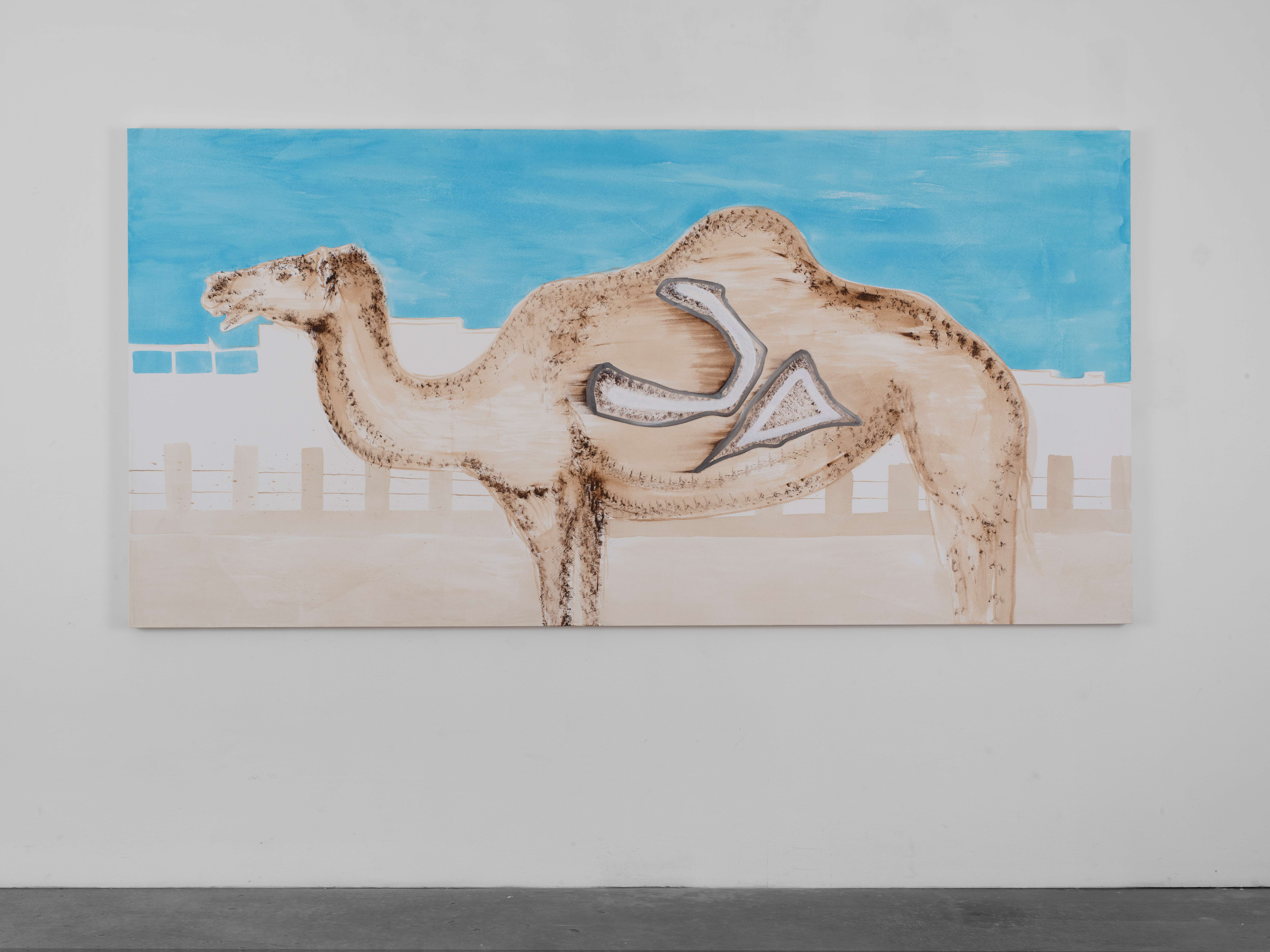 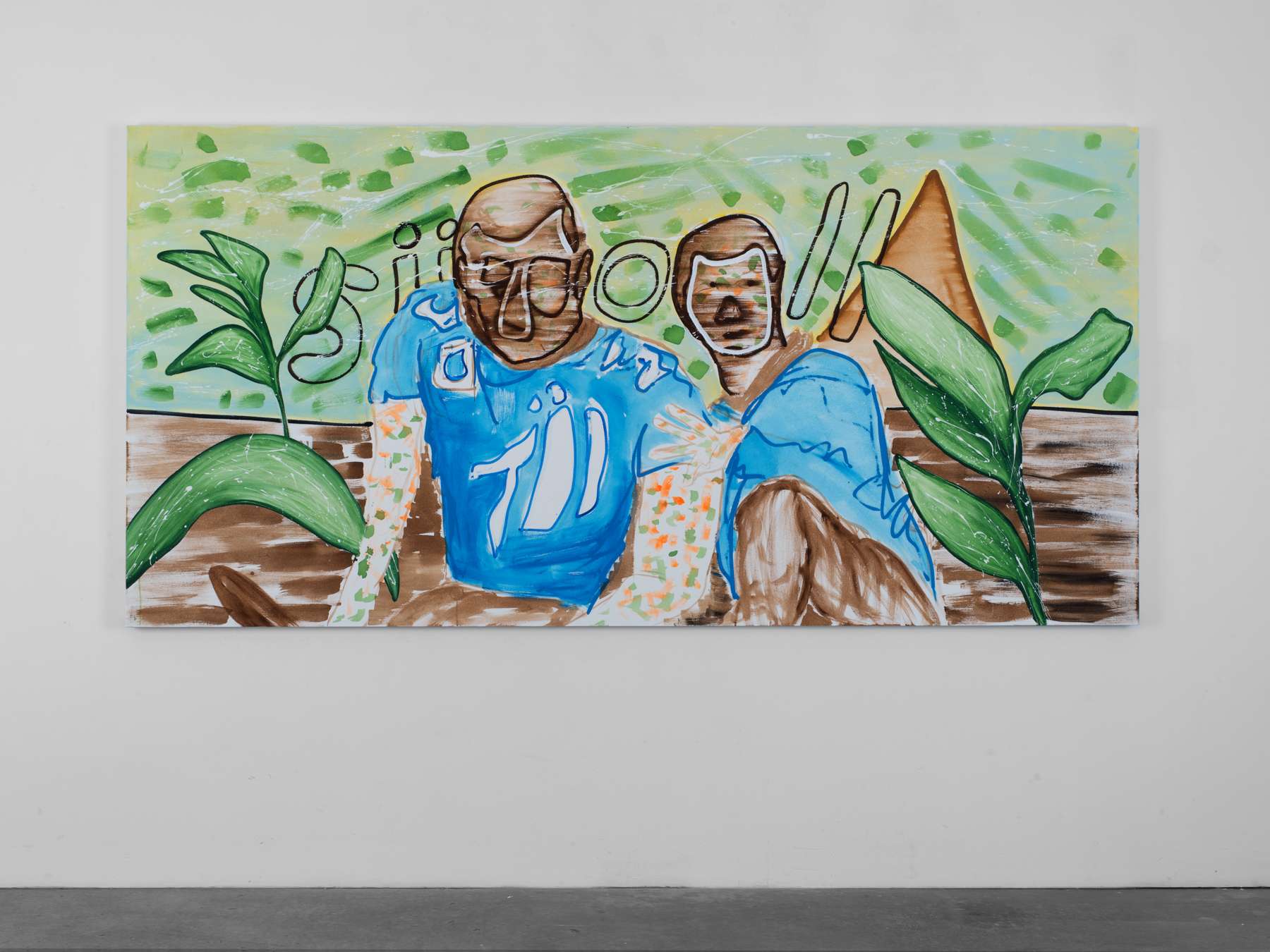 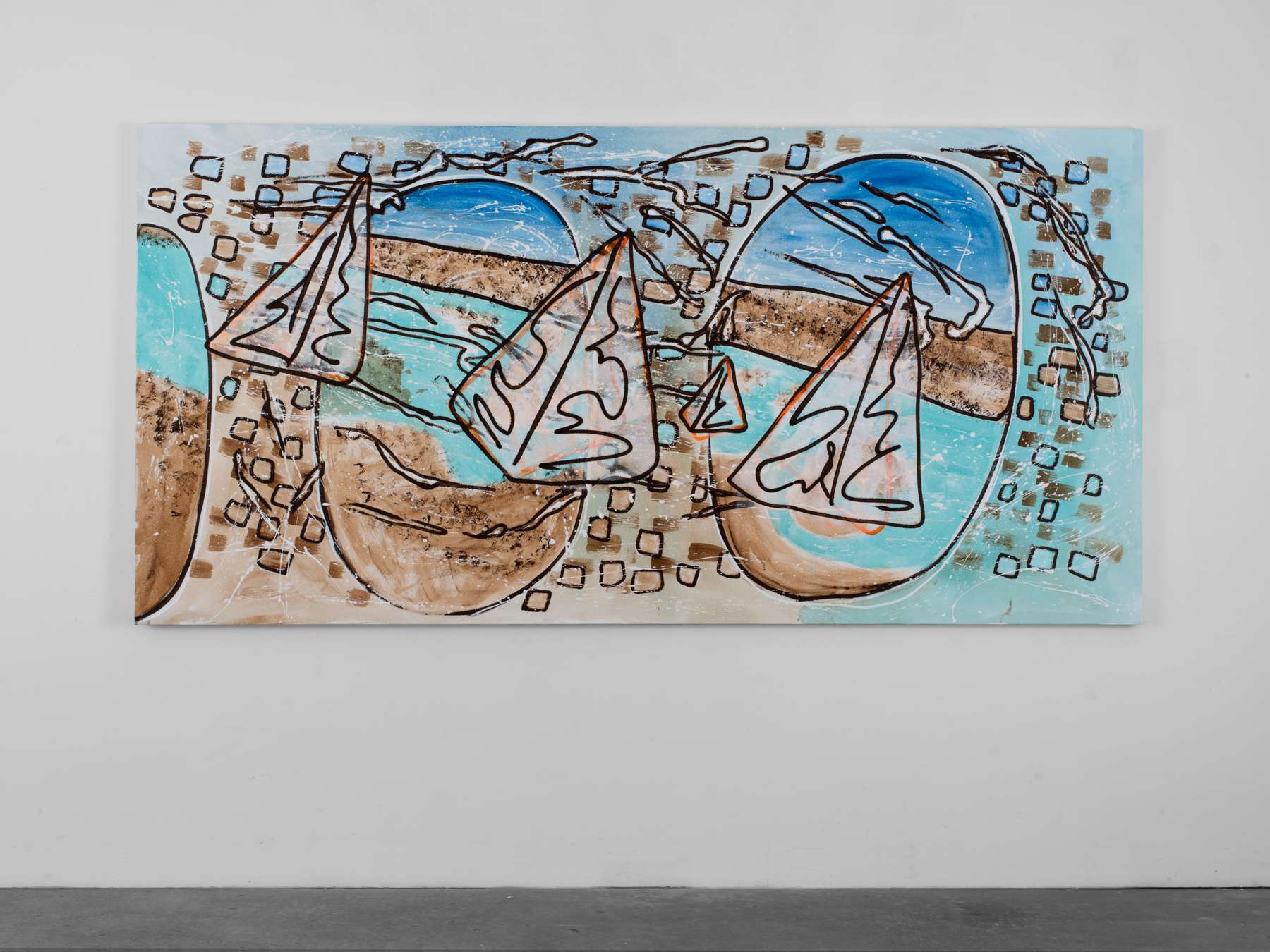 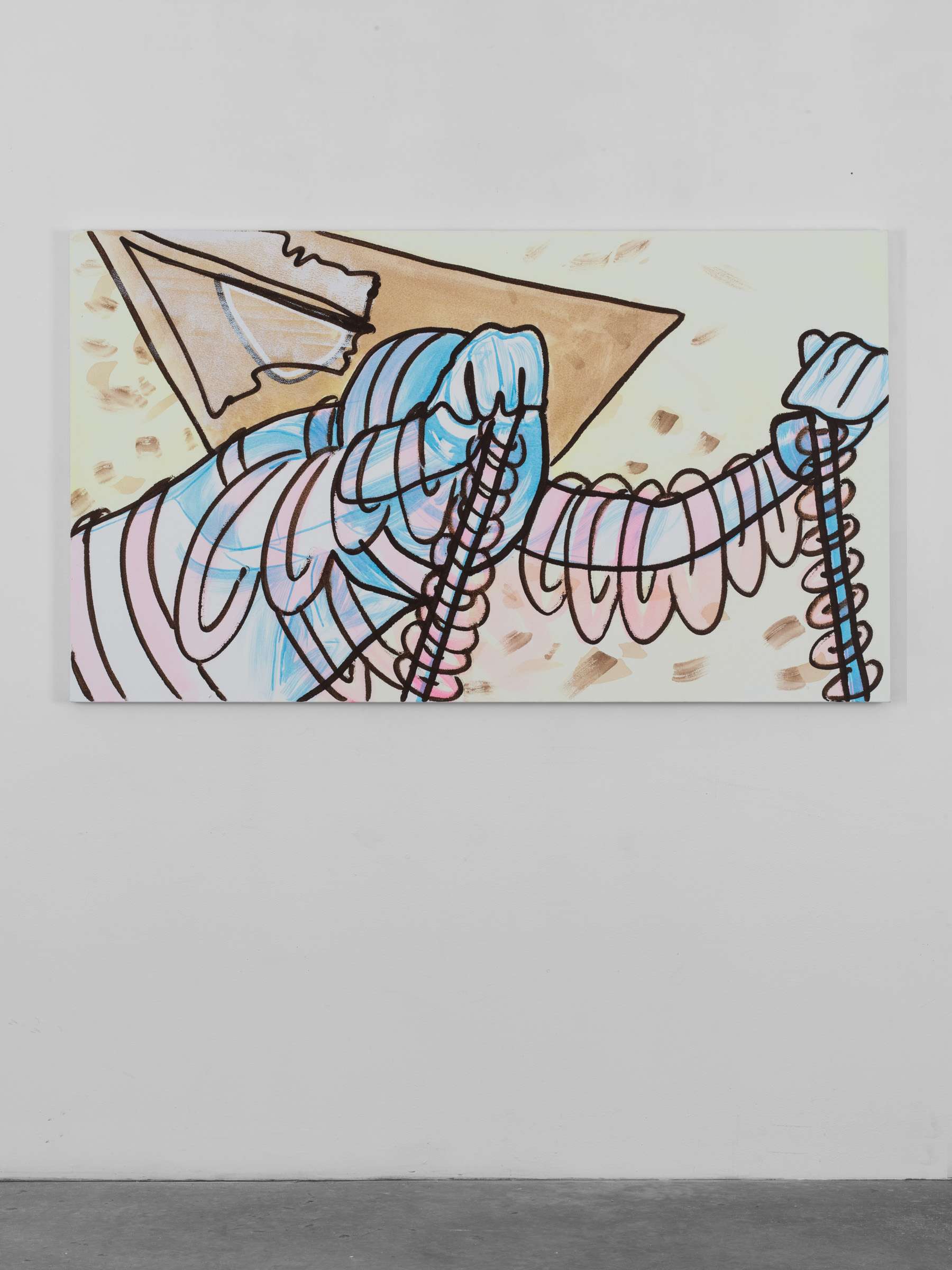 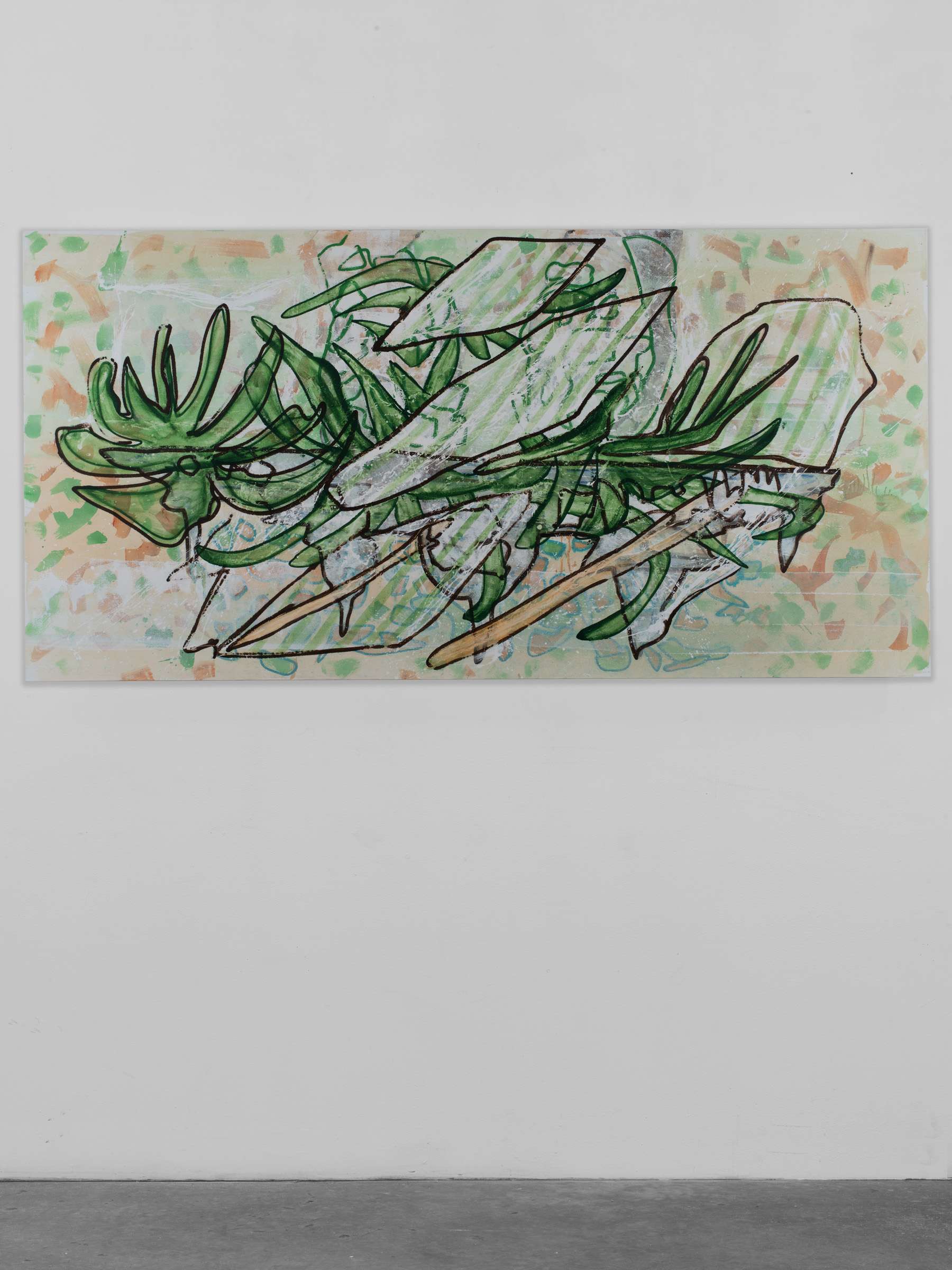 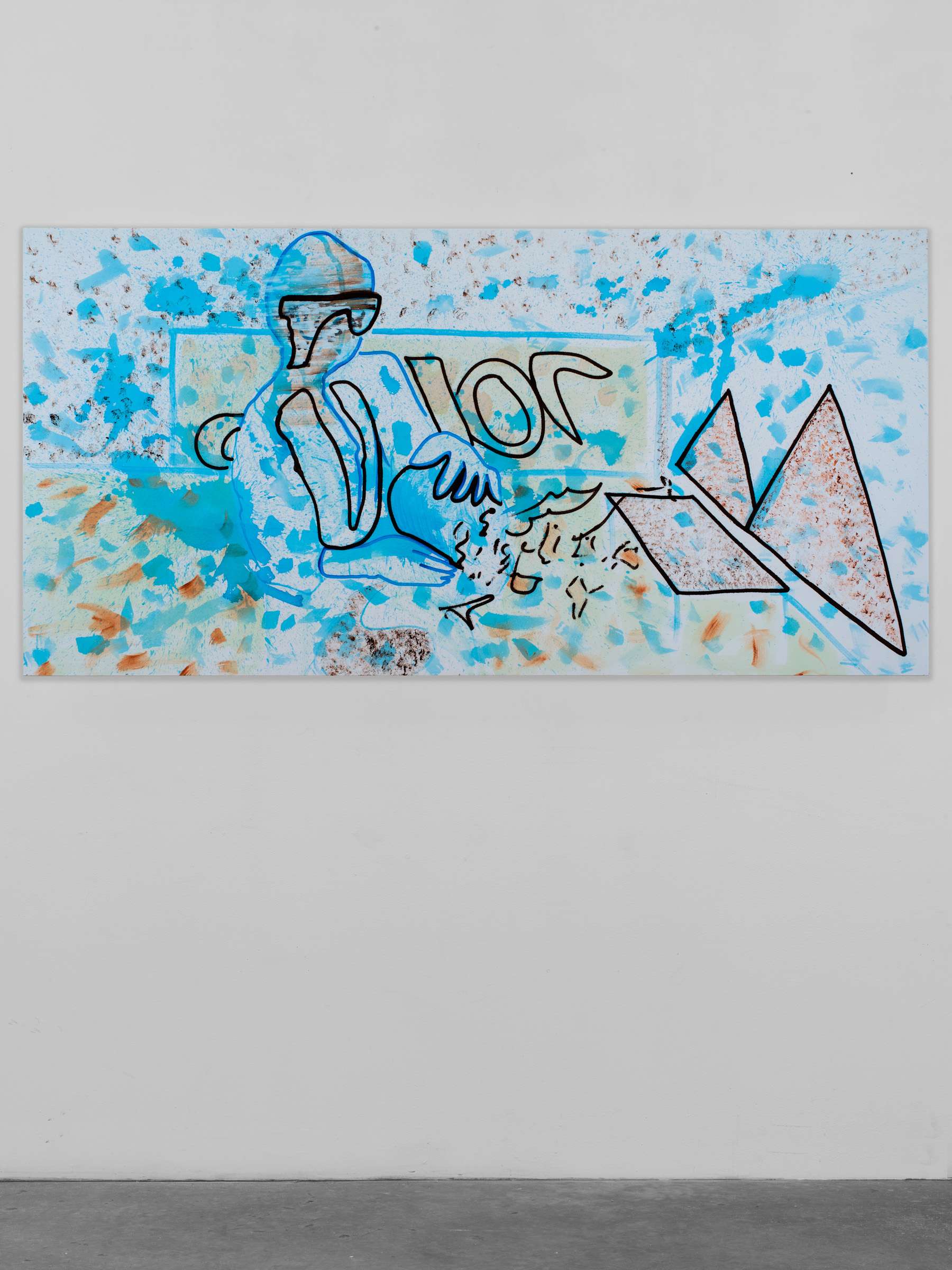 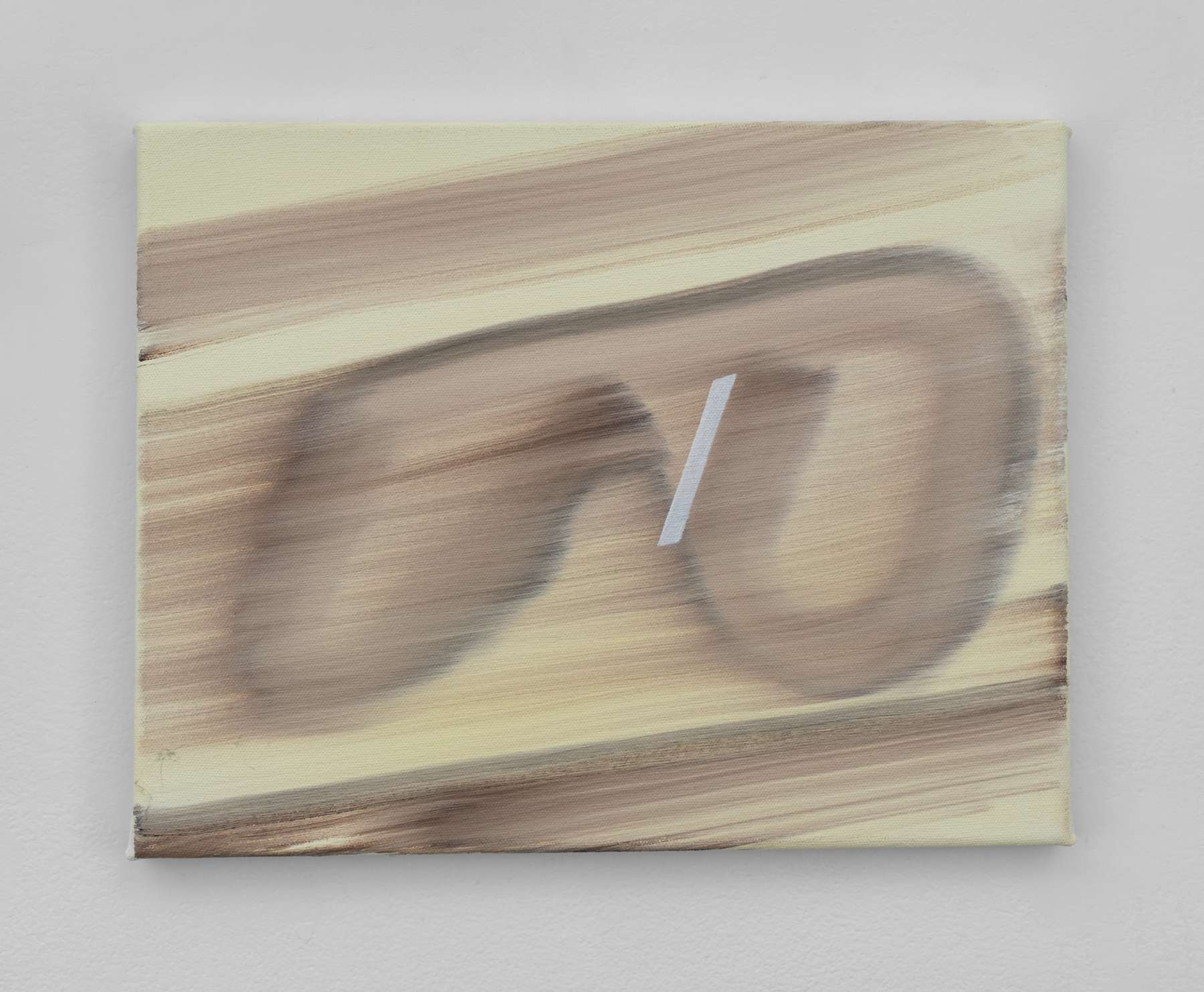 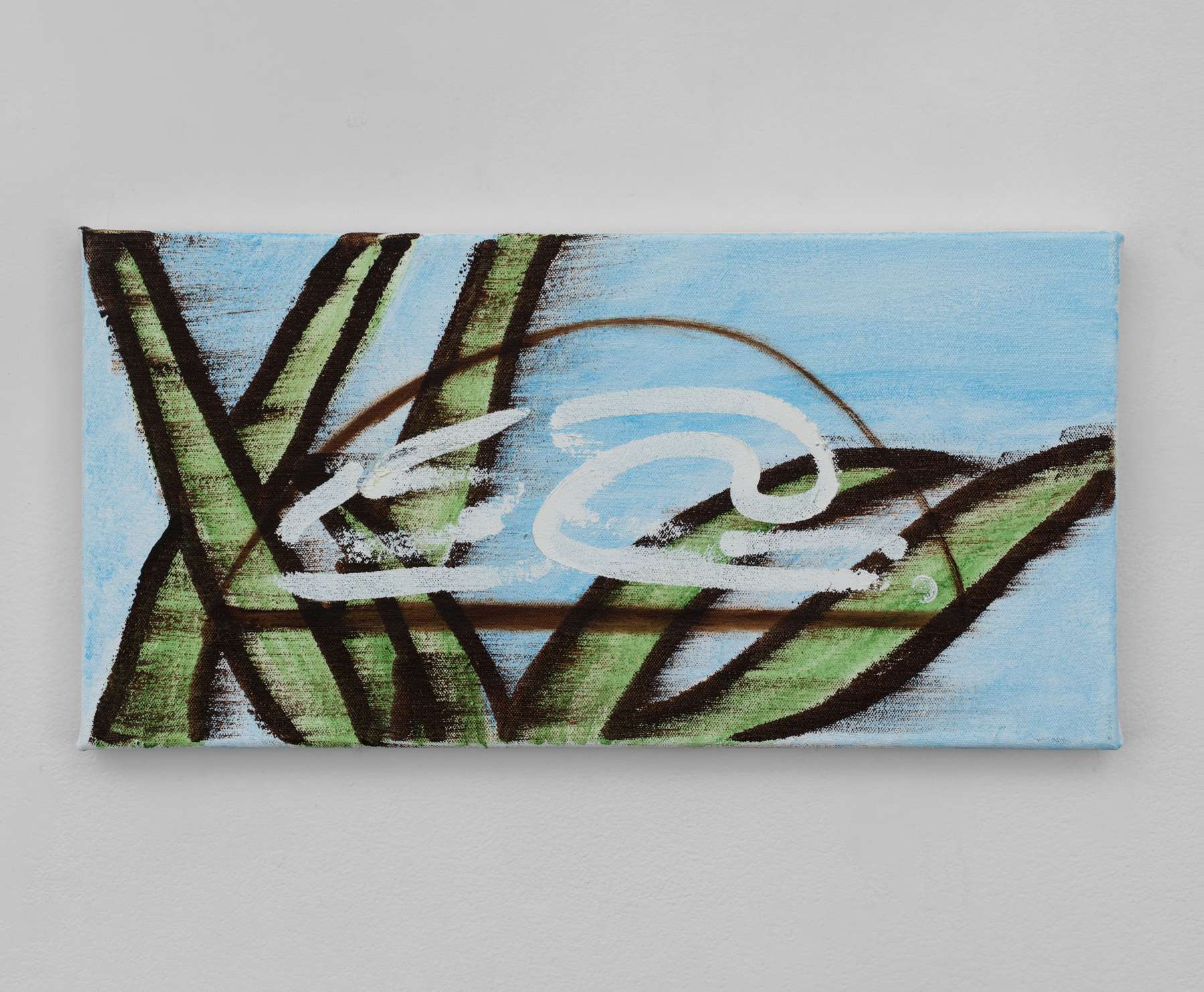 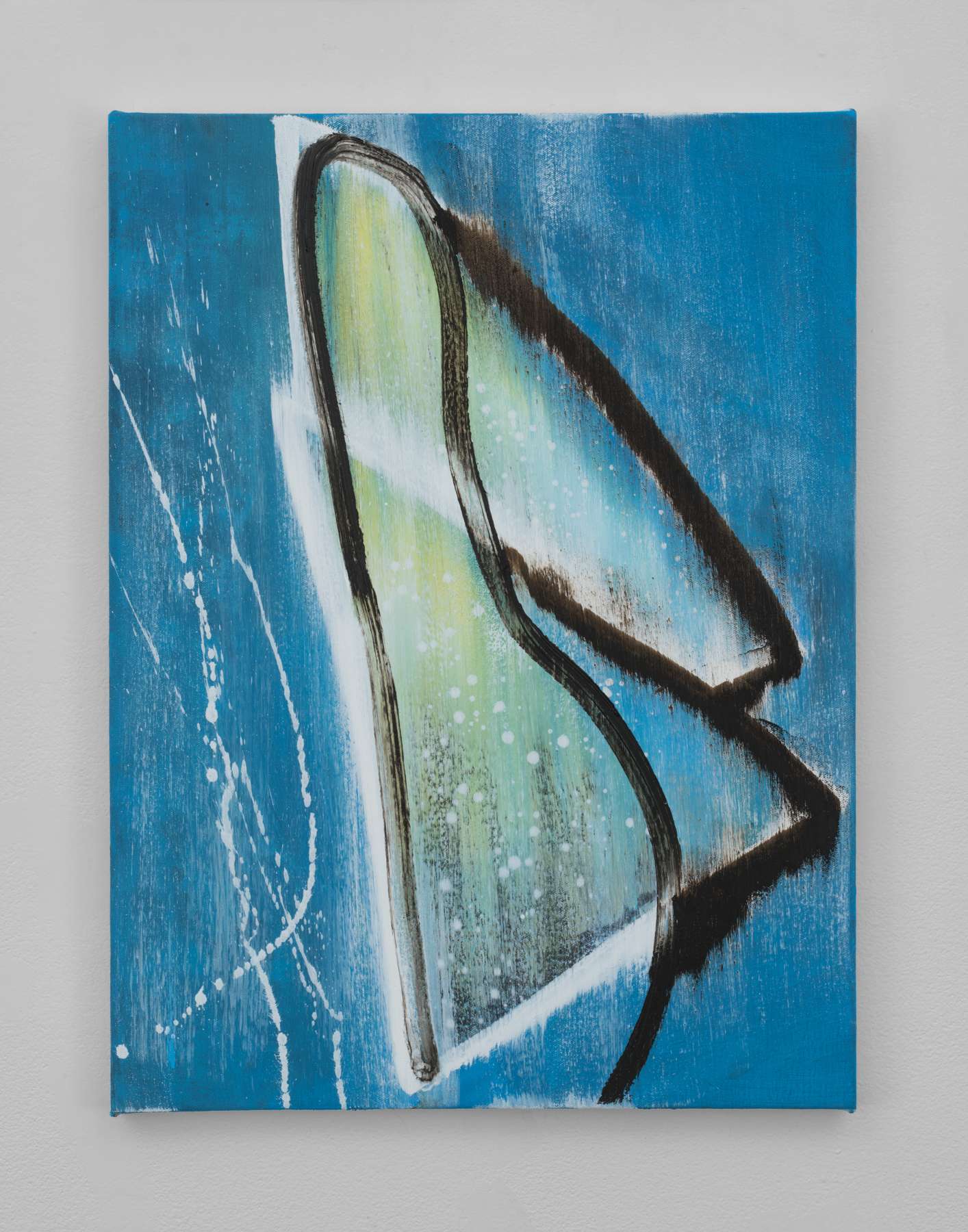 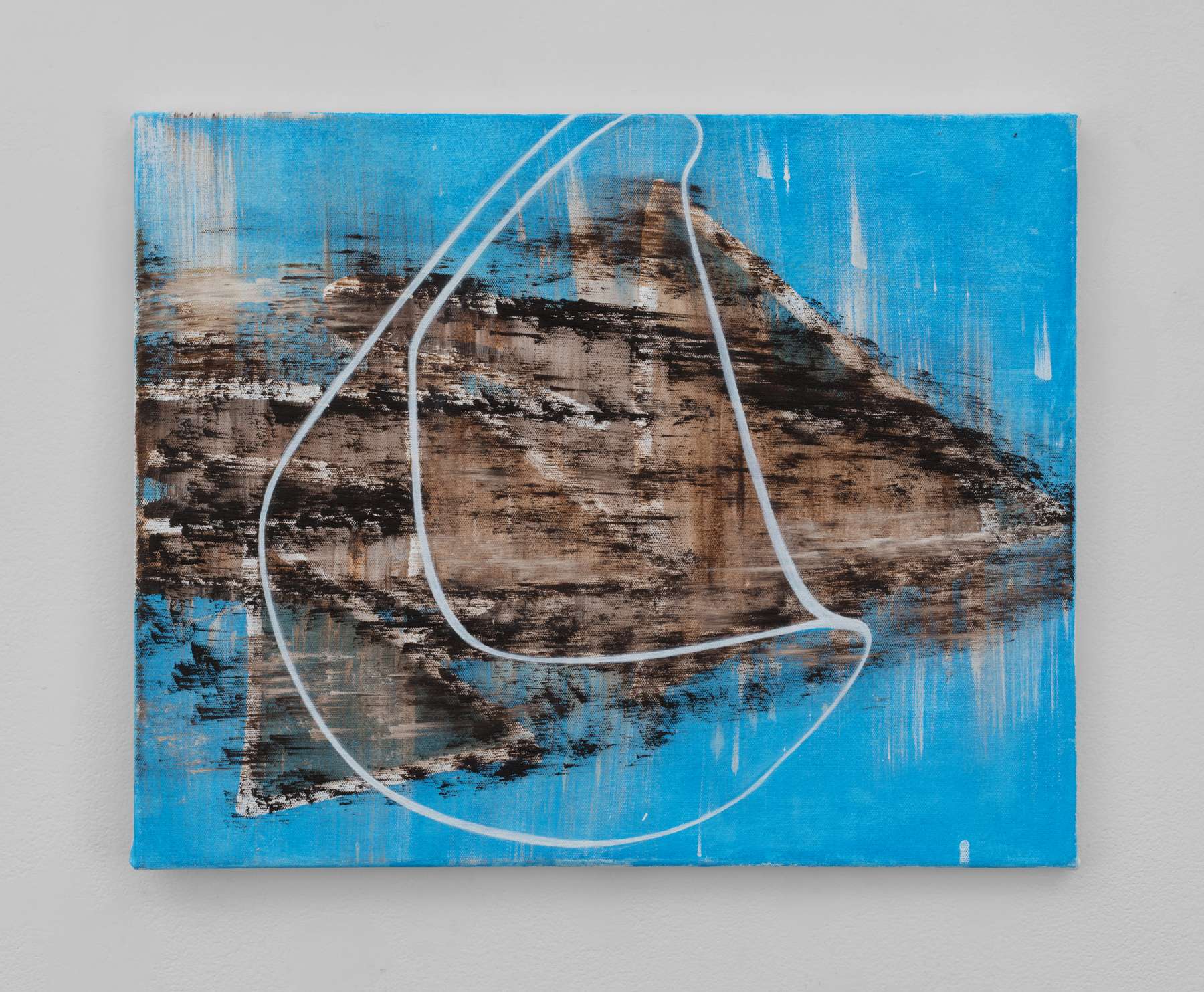 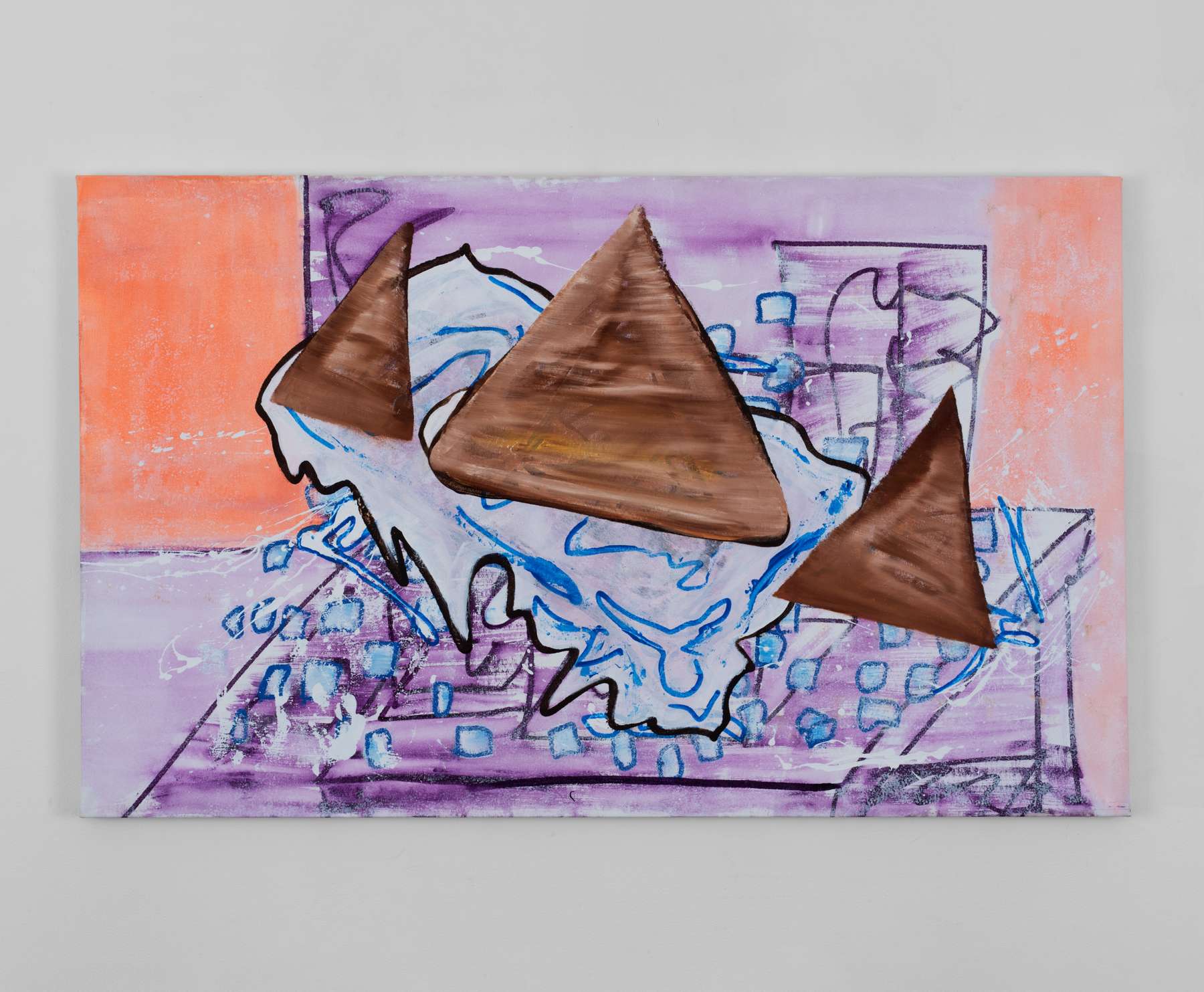 For the past three decades, Huma Bhabha’s approach to sculpture, printmaking, and drawing has been informed by archaeological interpretation, which enables her, through the implement of stylistic association, to reimagine temporality and spatiality in accordance with both data excavated from the distant past and her own state of mind and vision for the future. Her sculpted characters—anxious, votive, mysterious, and sublime—attest her personal exploration of iconographic languages and formal vocabularies of the archetypes of ancient mythology and monuments. Huma Bhabha: Facing Giants is on view at Salon 94 from May 8—June 26, 2021.

Terrestrial and synthetic, Daniel Hesidence’s new body of paintings evoke unreliable visions of a future shaped by manufactured human experience. Recognizable forms are warped and deconstructed, while the land is whittled down to blotches of camouflage smears. Meanwhile, iconic symbols laden with centuries of universal symbolism, like triangles and letters, seem to be caught in the cosmic storm—their presence depleted of meaning in spaces which work to neither contextualize nor affirm their presence—disconnected from our current reality.