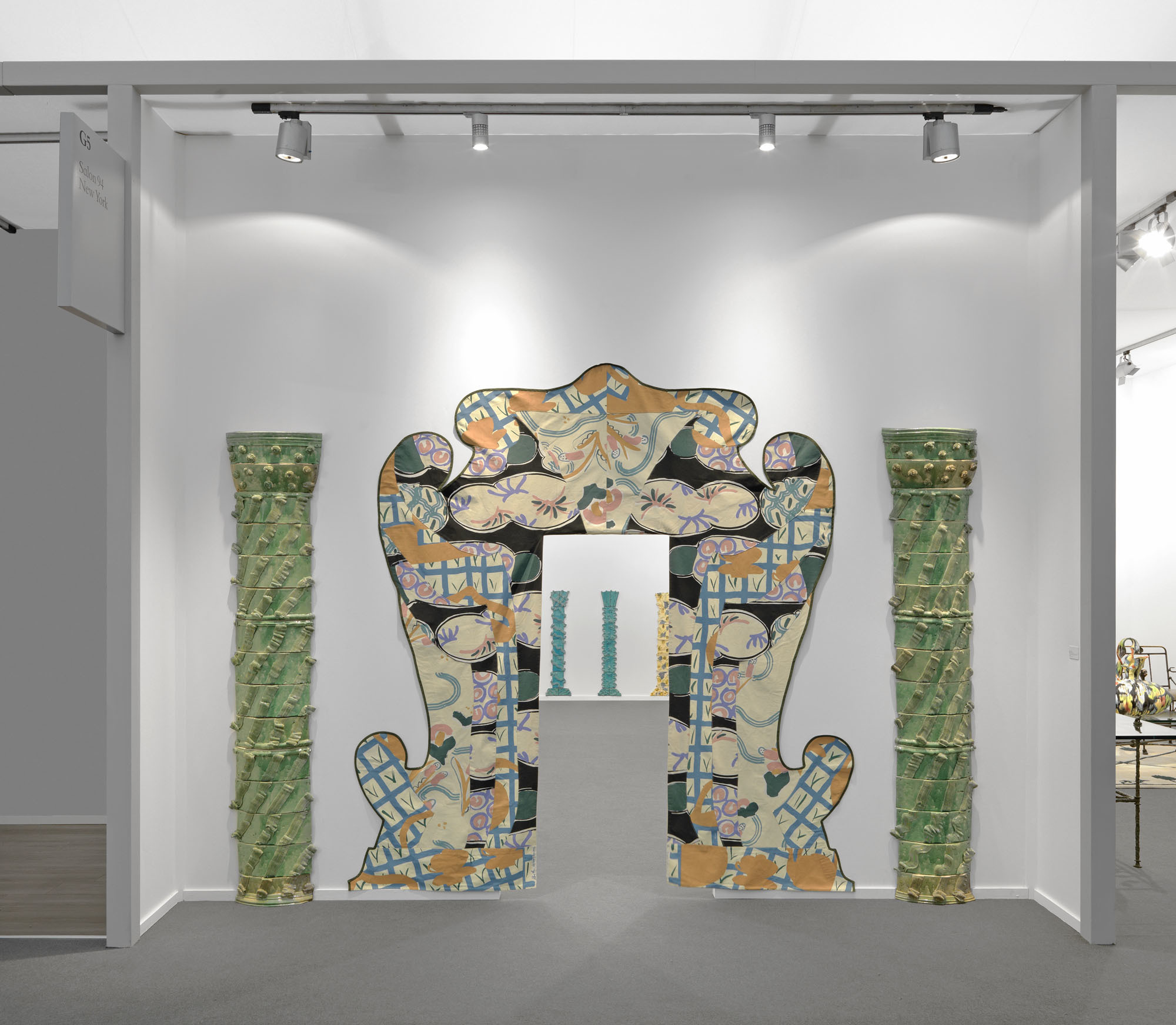 Celebrated artist Betty Woodman is widely known for her exuberantly painted ceramic vessels, which hover between sculpture, functional object, painting and theater in the round. For over 50 years, she has created a hybrid of sculpture and painting which is highly inventive and unmistakably contemporary. While she references ceramics from many cultures and historical periods, she is not bound by tradition. Rather, she uses it as a springboard to explore the relationship between structure, surface, color, and the expressive functionality of archetypal forms. Handles are exaggerated and shapes are extenuated. The proportions and silhouettes play against her bold mark making, suggesting gestures and in many instances, the human body.

Woodman’s work similarly riffs on visions of home, courtyard, and garden. Reconfigured for Frieze Masters, her ambitious installation Aspen Garden Room, 1984 invites the viewer into a secret chamber enclosed by garden walls, ceramic columns and a grand archway. The portal, made in 1980 at the Fabric Workshop in Philadelphia, is composed of three richly varied patterns, and presages the loose Fauvist motifs that have become her signature. The installation was first shown in its entirety in 1984 at the Aspen Art Museum and was hailed for its striking interplay of textures, materials and architectural references. In an adjoining room, Woodman’s iconic vessels, shelf vases and pillow pitchers from the 1980’s will be showcased on Diego Giacometti tables. These works reveal the breadth and skill of Woodman’s practice, and the seeds of many of her later experimentations into color and form.