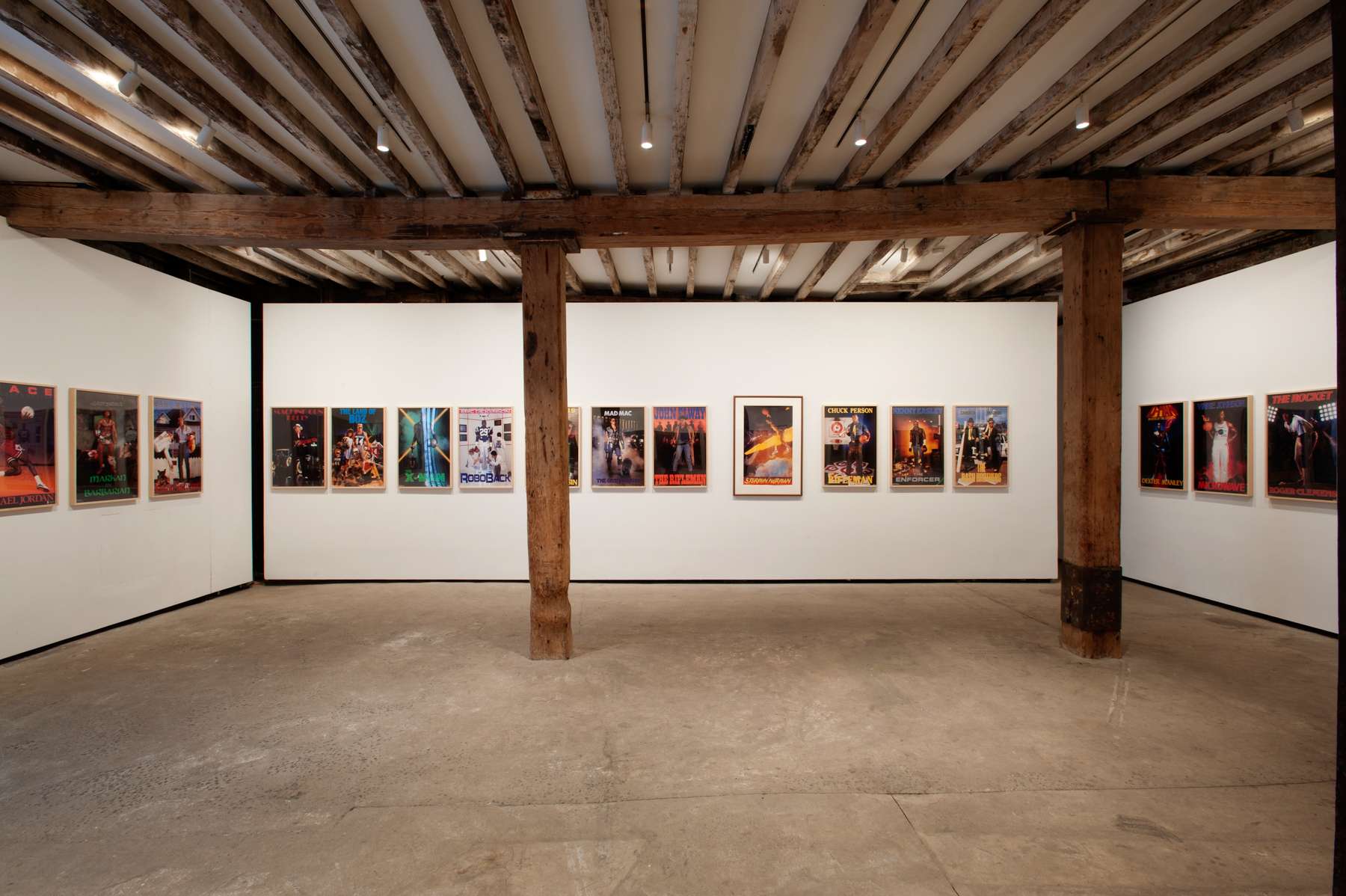 An exhibition of sports lithographs from the archives of John and Tock Costacos alongside pieces from Jeff Koons’s first solo exhibition, Equilibrium.

Salon 94 is pleased to present For the Kids, an exhibition of sports lithographs from the archives of John and Tock Costacos. Opening on June 23, 2011 at Salon 94 Freemans and curated by Fabienne Stephan and Adam Shopkorn, the show serves as a mini-retrospective of early Costacos posters from 1986 through 1990. In addition to these works, pieces will be presented from Jeff Koons’s first solo exhibition, Equilibrium, the 1985 show that included basketballs floating in display tanks, cast bronze standard scuba diving tanks and framed advertising posters that appropriated imagery contained in Nike advertisements that preceded the earliest Costacos work. The Nike posters were purchased by Koons with the permission of the manufacturer, and were presented as his own artworks.

Costacos Brothers, originally a sports t-shirt manufacturer, built a reputation for “fantasy” sports posters that gave professional sports heroes a larger-than-life look and appeal. Their products captured the imagination of sports fans at a time when athletes were becoming pop stars. Without a license from professional sports leagues, they were unable to produce game action shots. Instead, they made personality posters, marrying pop culture to an athlete and his persona. They understood that at a certain point a player gains a public profile that transcends their team, catapulting them to individual stardom.

Tapping into their local sports market, the brothers big break came in 1985 when Kenny Easley, the All-pro safety for the Seattle Seahawks, agreed to pose for a poster. Rather than posing him for an action shot in team gear, which was the sports poster industry standard at the time, Kenny liked the concept of his image as a tough-guy in leather jacket and gloves. He became “The Enforcer.” Soon after, they signed Los Angeles Raiders defensive back Lester Hayes and, using the language of a popular daytime television show at the time, titled their work “The Judge: Lester’s Court.” The sales of both posters were modest and they did not gain much traction outside of their local markets. Following suit, the Chicago Bears Jim McMahon became “Mad Mac,” playing on “Mad Max.” On the heels of the Chicago Bears 1985 Super Bowl victory, McMahon’s poster struck a chord in the marketplace and sales soared. In its first week, 10,000 copies were sold.

Koons’s Duchampian gesture brings a media phenomenon into the gallery space, highlighting its cultural relevance. The roles played by the athletes in the Nike ads were those typically associated with power, standing in contrast to a social system that traditionally denied power to African-Americans.