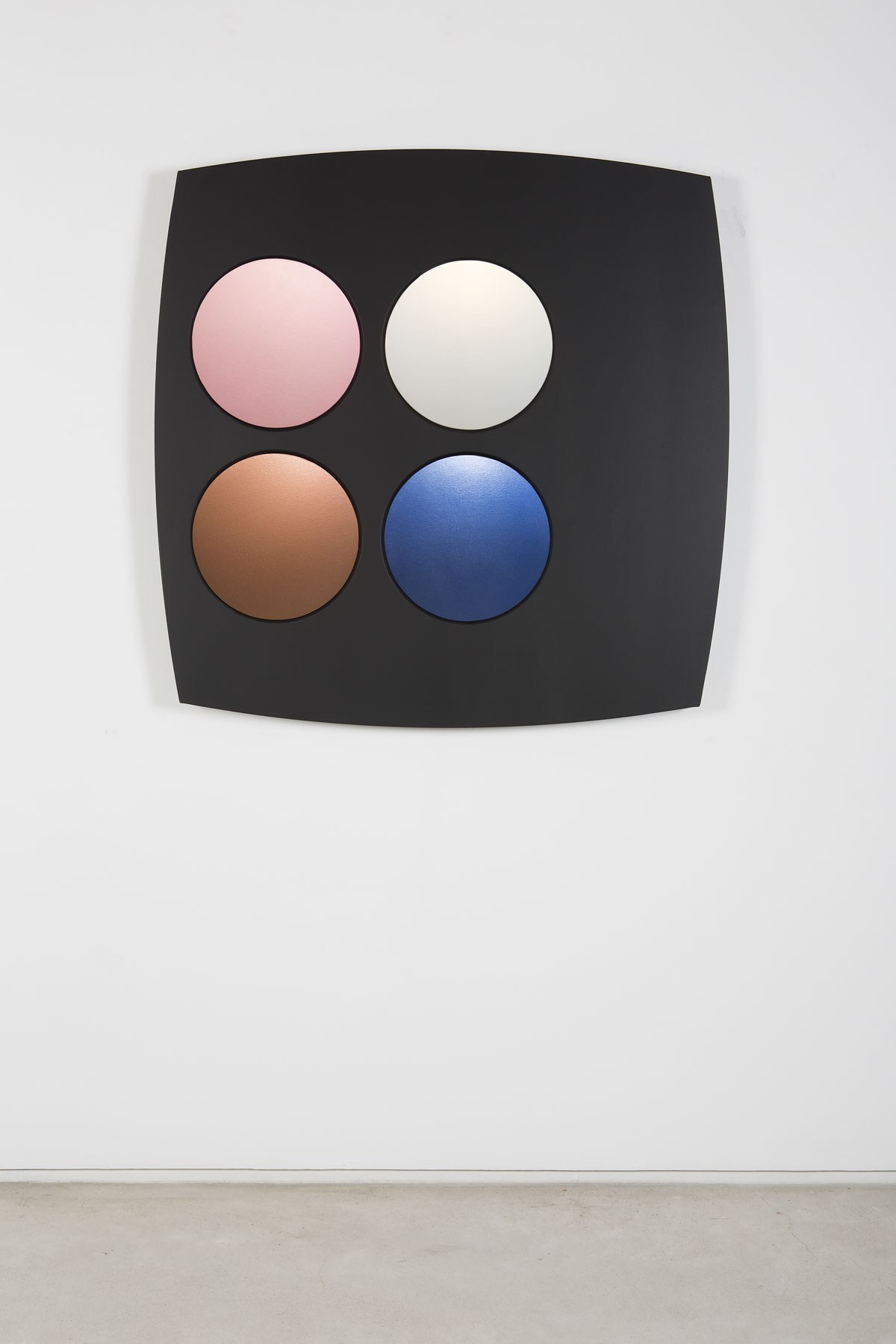 ​For her second solo exhibition at Salon 94, Sylvie Fleury presents a new group of sculptural paintings evoking the shape and color of make up compacts, abstracting them through exaggerated scale. These larger-than-life symbols of contemporary vanity hang like black mirrors on the wall, promising transformation for their consumers and suggesting that art and objects of desire are often synonymous.

Since the late 1980s, Fleury has made works that engage fields of interest not traditionally found within the realm of art museums and galleries, including fashion, luxury cars, spaceships, and contemporary mysticism. Through her films, sculptures, paintings, and performances, she explores the relationships between art making and the mechanics of consumerism, fetishism, and commodification, as well as the dichotomies of the masculine and feminine; the disposable and the canonized.

Fleury has always been the consummate student of her predecessors, the predominantly white male artists whose works dominated Modernism, Minimalism, Pop Art, and the Light and Space movement. As Elizabeth Janus wrote in her article, "Material Girl", published in the May 1992 issue of Artforum, "...[Fleury] has understood the crucial elements of their language: the seductiveness of popular culture, the found object’s power to evoke a semblance of reality, an aesthetic that deconstructs the aura of Modernism. But rejecting the mastery of the masters, Fleury takes what she has learned and throws it back in the face of high seriousness." Some examples of this include Fleury’s “customization” of the primary color and primary value paintings of Piet Mondrian, remaking them out of fake fur; her slashed denim canvas works that update and celebrate the Tagli ('cuts') of Lucio Fontana; and her Op-Art inspired "Go Bust" paintings which translate the formal motifs of Victor Vasarely's dot paintings into rotund female forms. With each appropriation of a master work, Fleury playfully redefines the canon in a decidedly feminine voice.

In "Eye Shadows", Fleury's exemplary use of form, structure, and color reflects rules and principles used in Minimalism, Pop Art, and the Light and Space movement while turning the makeup compact into an iconographic and cultural motif. Fleury has long been interested in the way the makeup industry discards the “new,” mere months after a long and extensive research process into textures, colors, and names. The attributes the cosmetics industry takes into consideration when developing a product, Fleury argues, are not dissimilar to those an artist may consider when creating a new body of work. But while makeup is wiped clean nightly, art is meant to exist for eternity.