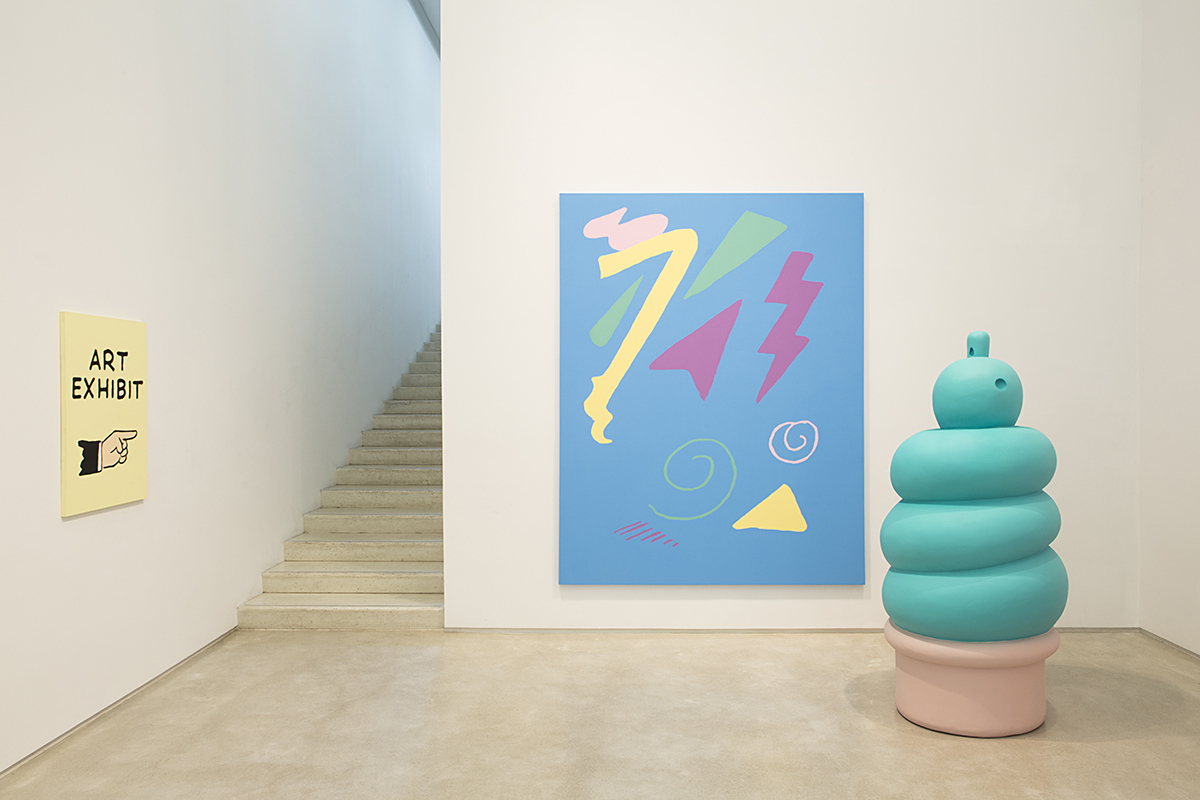 A new body of work from Jayson Musson.

​Salon 94 Bowery presents Exhibit of Abstract Art, a new body of work from Jayson Musson. In his second solo show with the gallery, Musson was inspired by Modern Art set-pieces from the comic strip Nancy, created by the popular American comic illustrator Ernie Bushmiller who worked on the strip from the 1930ʼs-80ʼs. Nancy was titled for the star of the comic strip, an inventive and rambunctious 8 year old girl whoʼs iconic face is almost synonymous with the phrase ʻcartoon stripʼ itself.

Throughout Nancyʼs long run, Bushmiller would intermittently poke fun at the then fresh works of modern art as well as modern architecture. The former depicted as works comparable to the dawdling of children, and the latter as simply nonsensical. According to Musson “Iʼm drawn to Ernie Bushmillerʼs antagonistic response to modernism and mainly his vitriolic caricature of it. Heʼs turned off by Modernismʼs seeming uselessness, itʼs sophistry, itʼs ʻshamʼ quality, and its ʻeasinessʼ. Buried in his response to the ʻfadʼ of the modern lays a particular kind of fear, the fear of someone witnessing the world change and not having a place in the new order of cultural value. In some ways Bushmiller spoke for a generation watching familiar systems of meaning expire. However, in Bushmillerʼs caricature of art, he drafted some perfect paintings. Where one would see a reductionist punchline, I see a perfection of form in Bushmillerʼs art gags. In his pejorative depictions of abstraction lay a symmetry, balance, and economy of form that is simply exceptional.”

Similar to Mussonʼs use of scraps of sweaters to create paintings in his last body of work, employing Bushmillerʼs work explores the notion of value in art, how it is derived, and who connotes value. The project also skirts that age-old question of ʻwhat is artʼ when artʼs antagonisms can be absorbed into the cannon. Musson continues, “To recreate some of these works, 40-50 years later, and set them into the context of exhibiting them as verifiable works of art is perverse in a way, and perhaps confirms Bushmillerʼs point of view about the whole operation of art. In the end, and despite all the meaning that can be excavated from deconstructing the caricature and parody, Iʼm drawn to Bushmillerʼs brilliant humor. Myself a “gag man”, explorative play and humor have been the primary motivating force behind much of my artwork.”