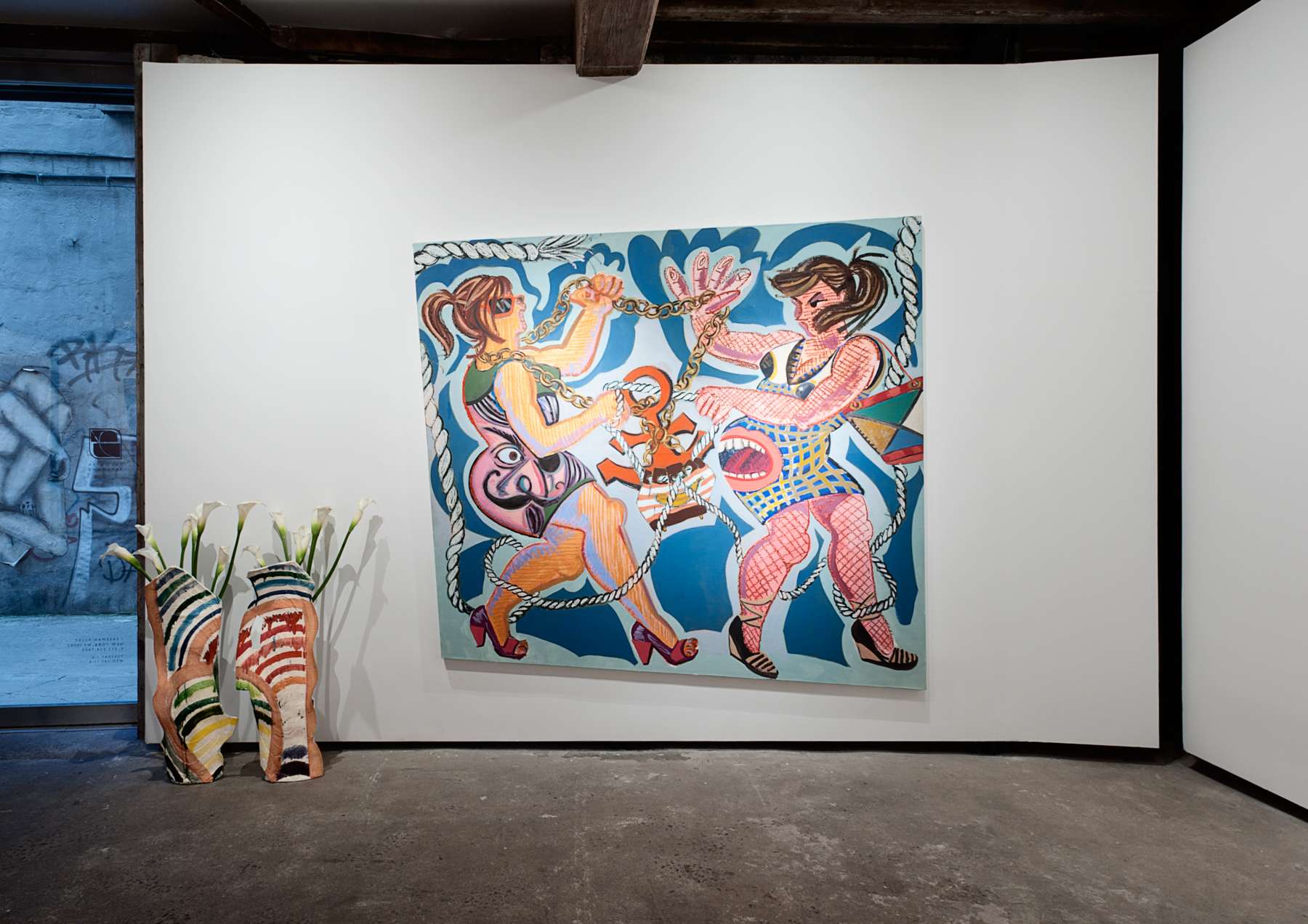 The female figure and its accessories are the subject of Ella Kruglyanskaya's new body of work. Conceived to be displayed in the windows of Barneys New York this past summer, the paintings appeared as subversive vignettes between women and fashion.

The women in my paintings are all about to burst, both physically out of the clothes that contain them, as well as emotionally. This existential bursting is filtered through comedy. Humor is a way of coping with the idea of the body's eventual demise, as well as the ongoing absurdities of life. — Ella Kruglyanskaya

Evoking artists from the Neue Sachlichkeith and Bauhaus movement, as well as Magritte, R. Crumb, and Andy Warhol (who first showed his comic book inspired canvases in the windows of Bonwit Teller in 1961), Kruglyanskaya's paintings also pay homage to Sonia Delaunay, Alexandra Exter and Lyubov Popova, all of whom rigorously investigated the relationship between fashion, costumes, and fine art. Kruglyanskaya's relationship with art history is both serious and playful, as she reflects on certain tropes of representation. For example, the crosshatching on the skin of the women is derived from the tradition of rendering volume on human form, yet here it has the opposite effect, flattening and negating it. The large scale, sometimes multi part canvases have a formal force heightened by bold colors, vigorous mark and insistent patterns.

Ella Kruglyanskaya was born in 1978. She lives and works in New York and graduated with an MFA from Yale School of Art in 2006.She had a solo exhibition at White Columns in 2010. Other selected exhibitions include James Fuentes gallery, New York, Lehman Maupin gallery, New York, and the Abrons Art Center.