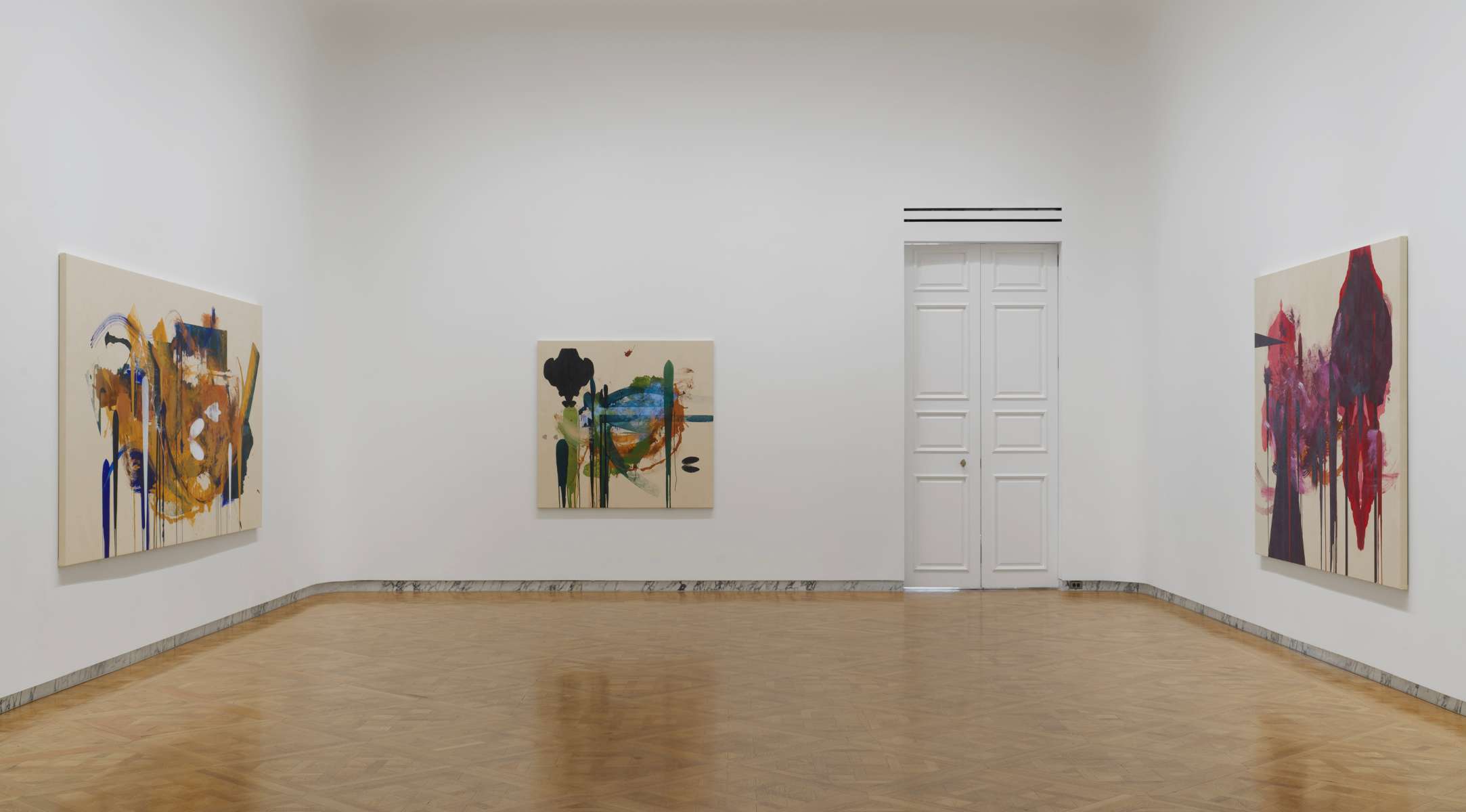 "Every painting in 'Arms Now Legs' exists in light isolation. They stutter in the empty space of raw canvas for us to contemplate like groups of apparitions. A neatness opposed over abject spoilages of color." – Mary Jane Dunphe, 2021 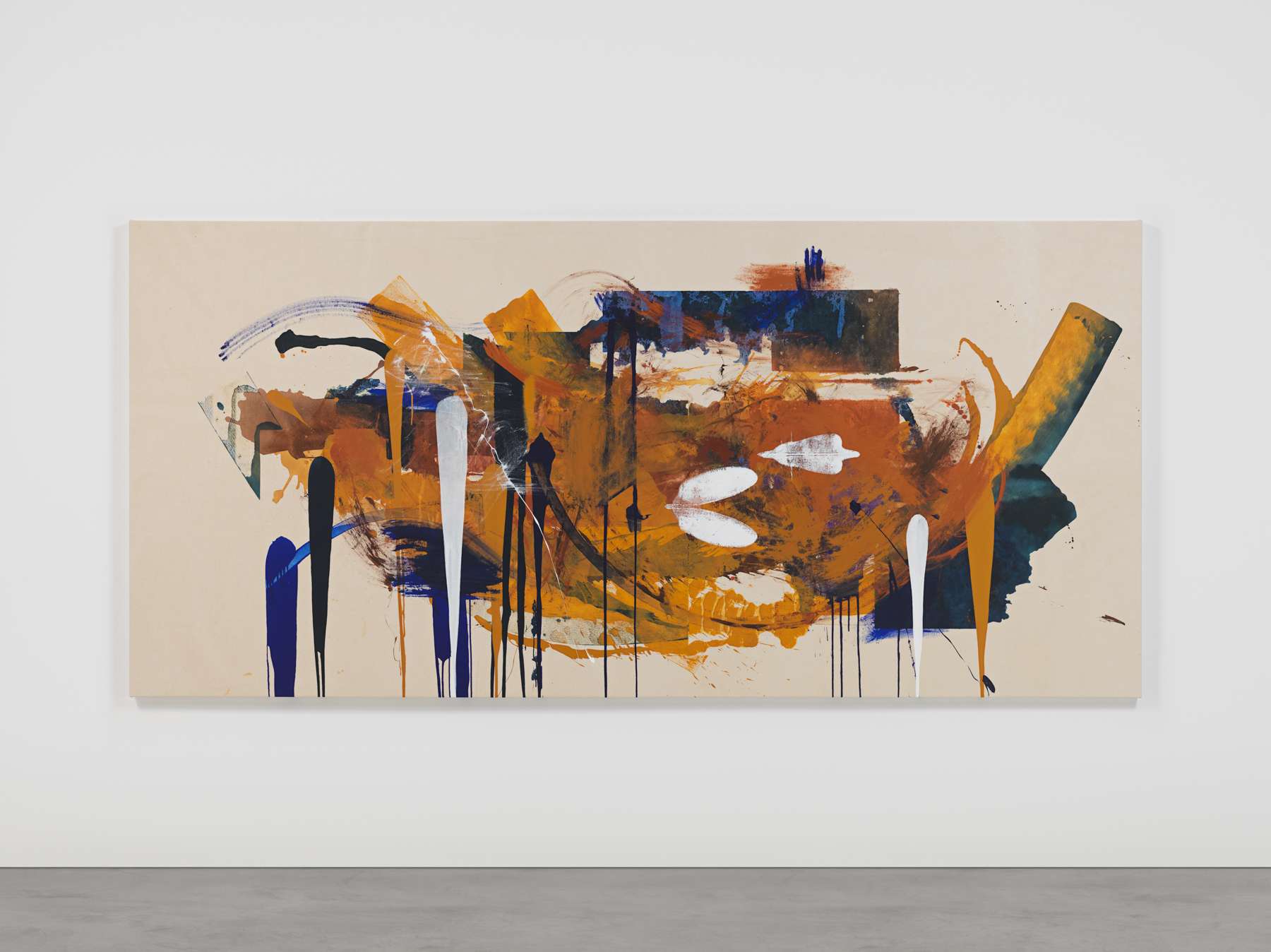 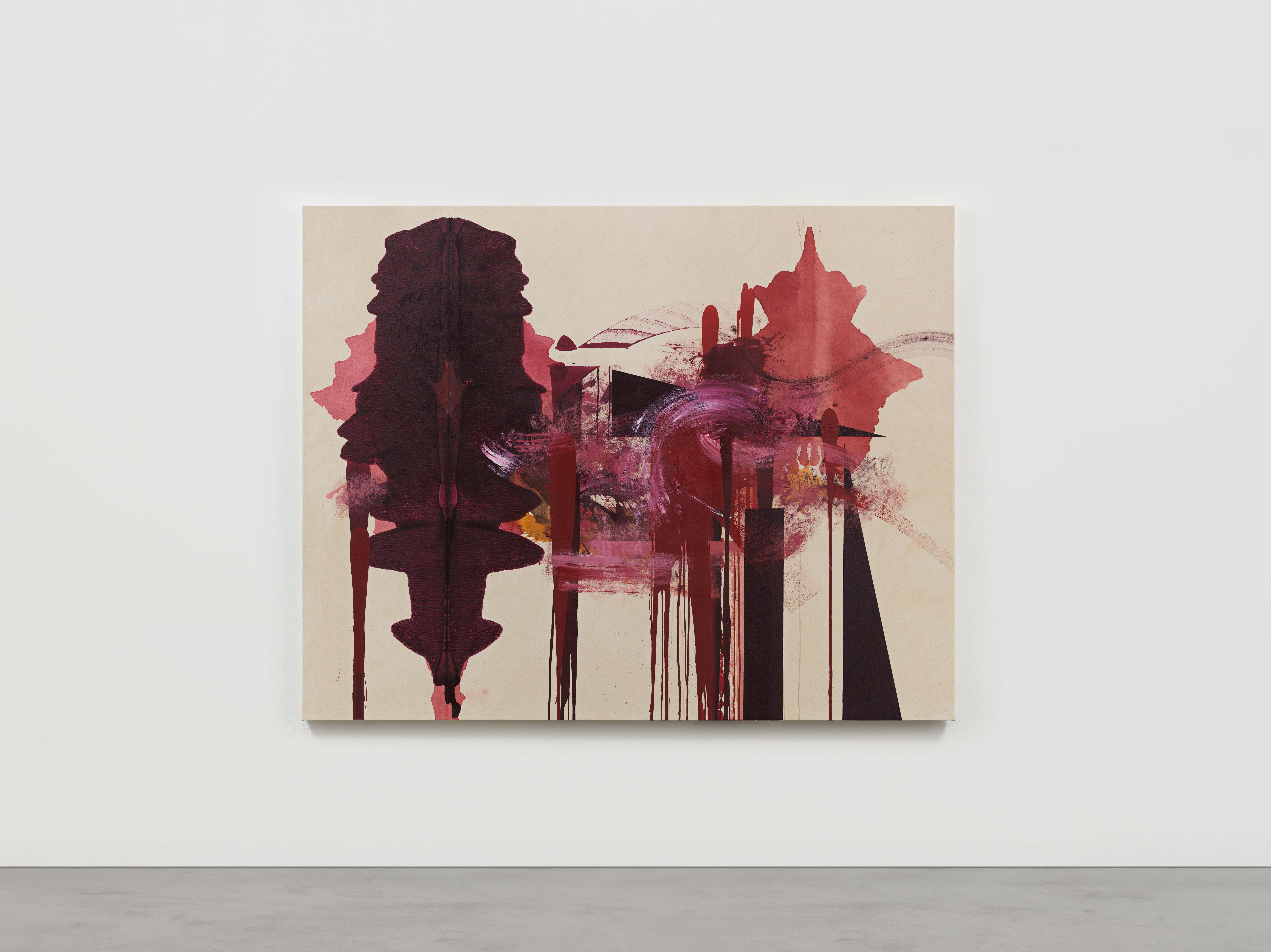 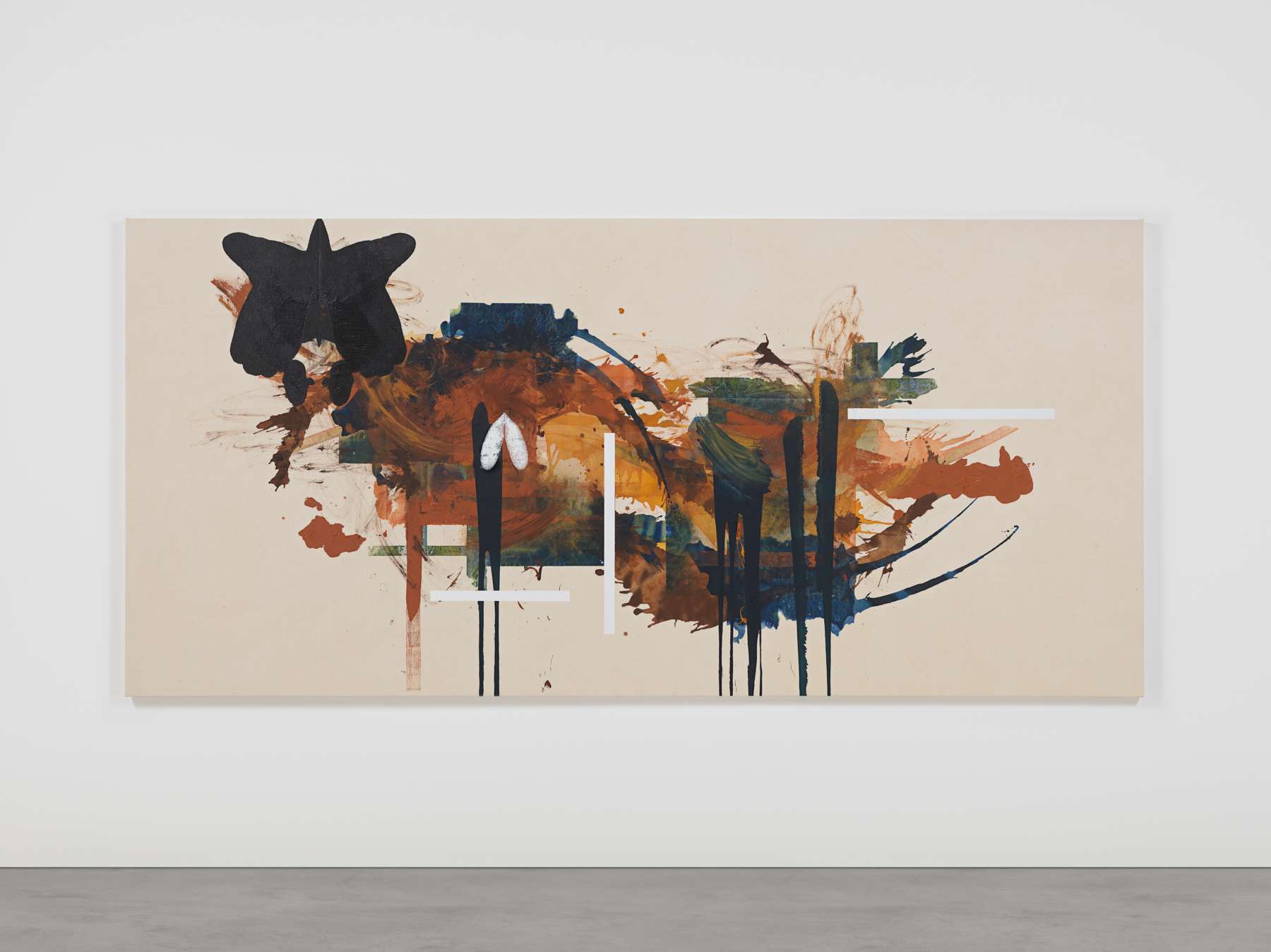 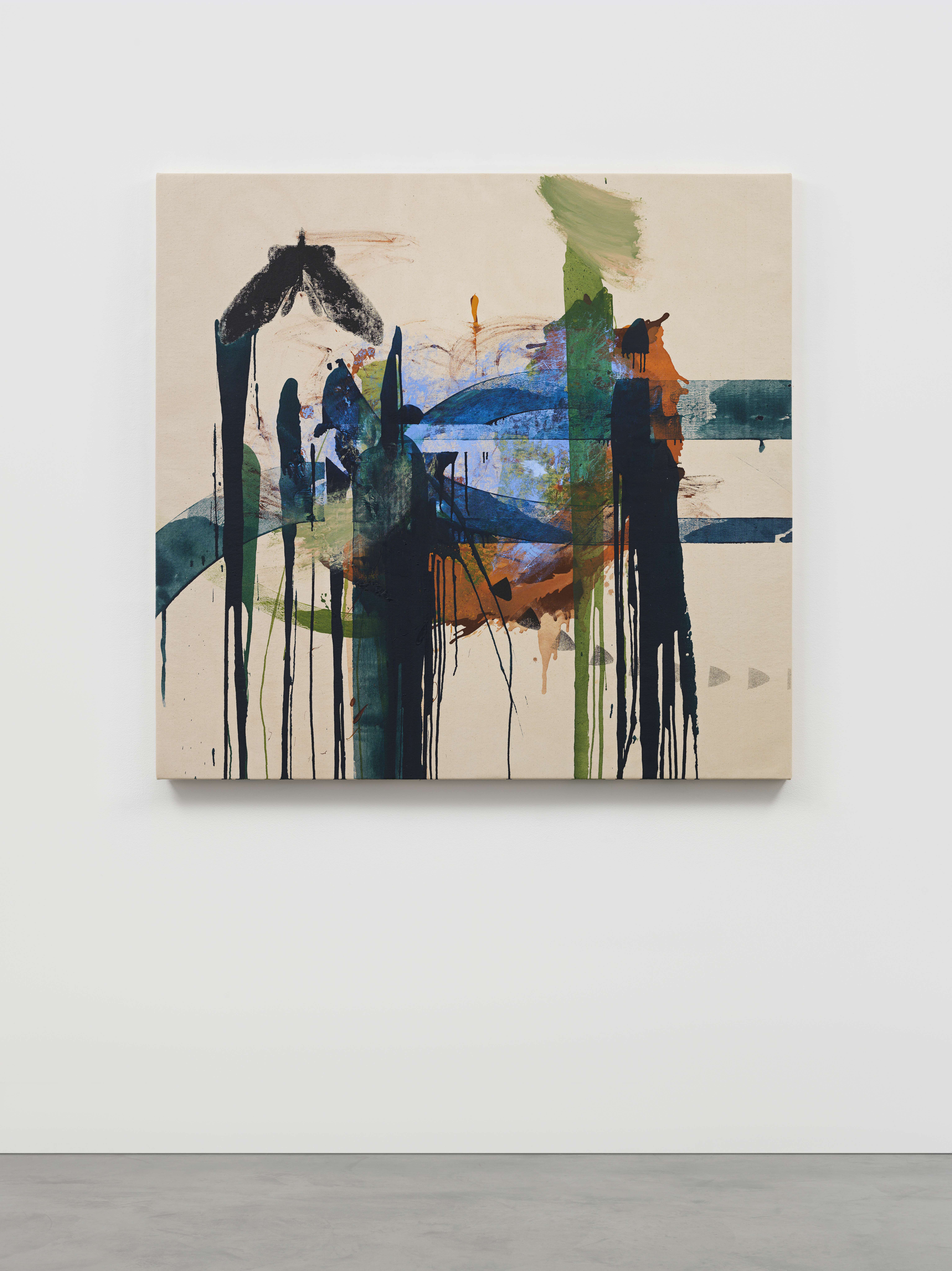 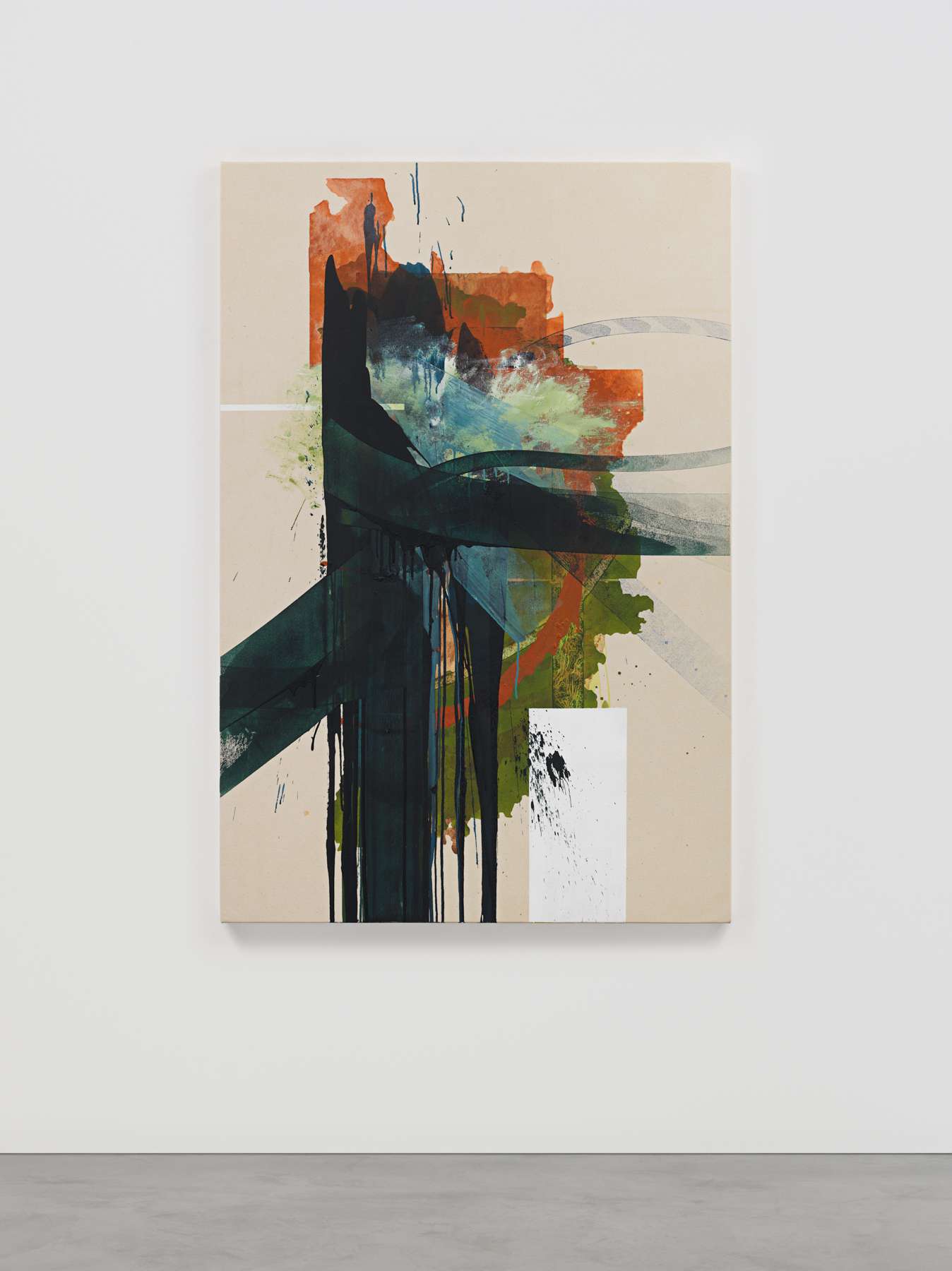 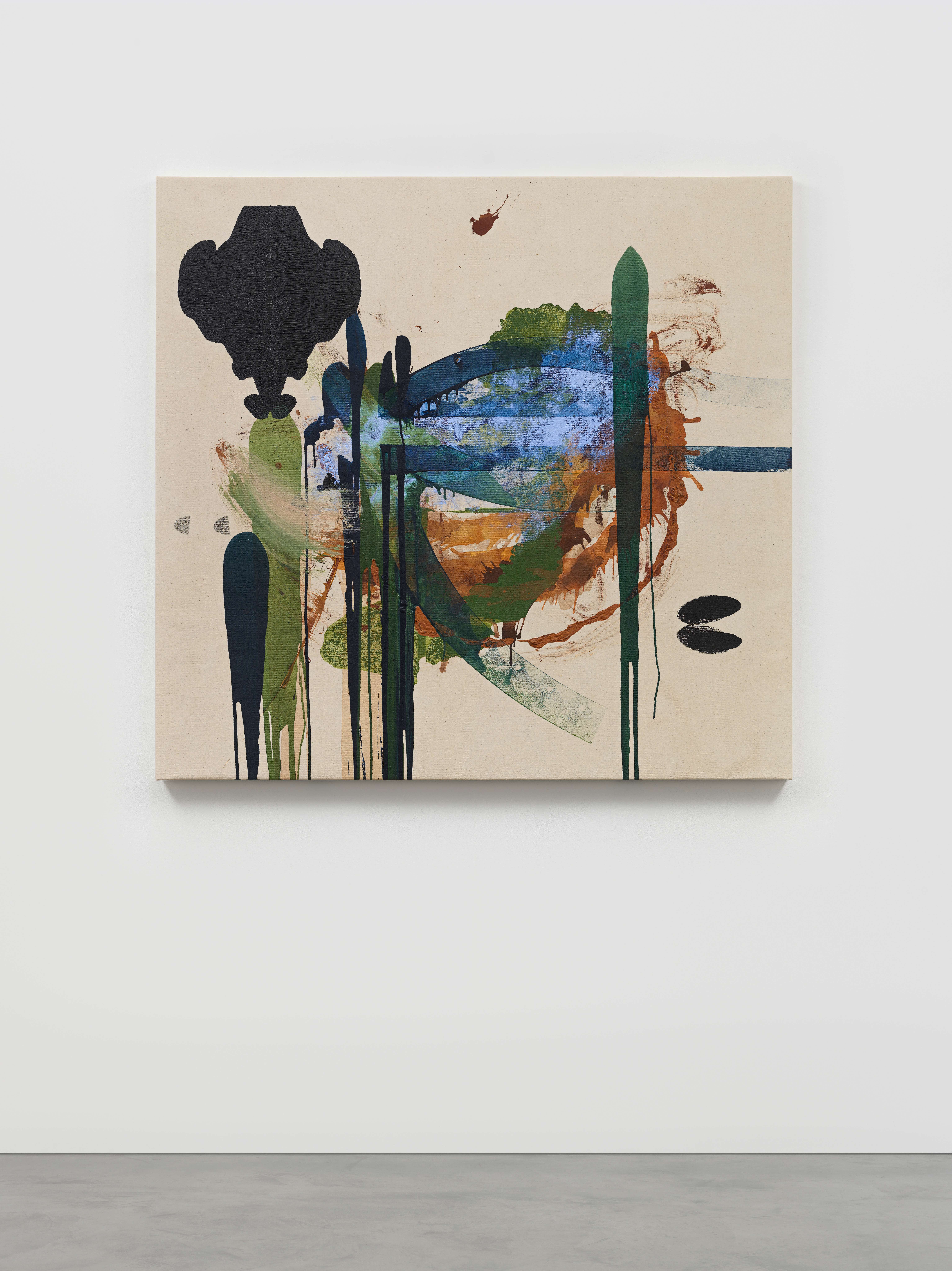 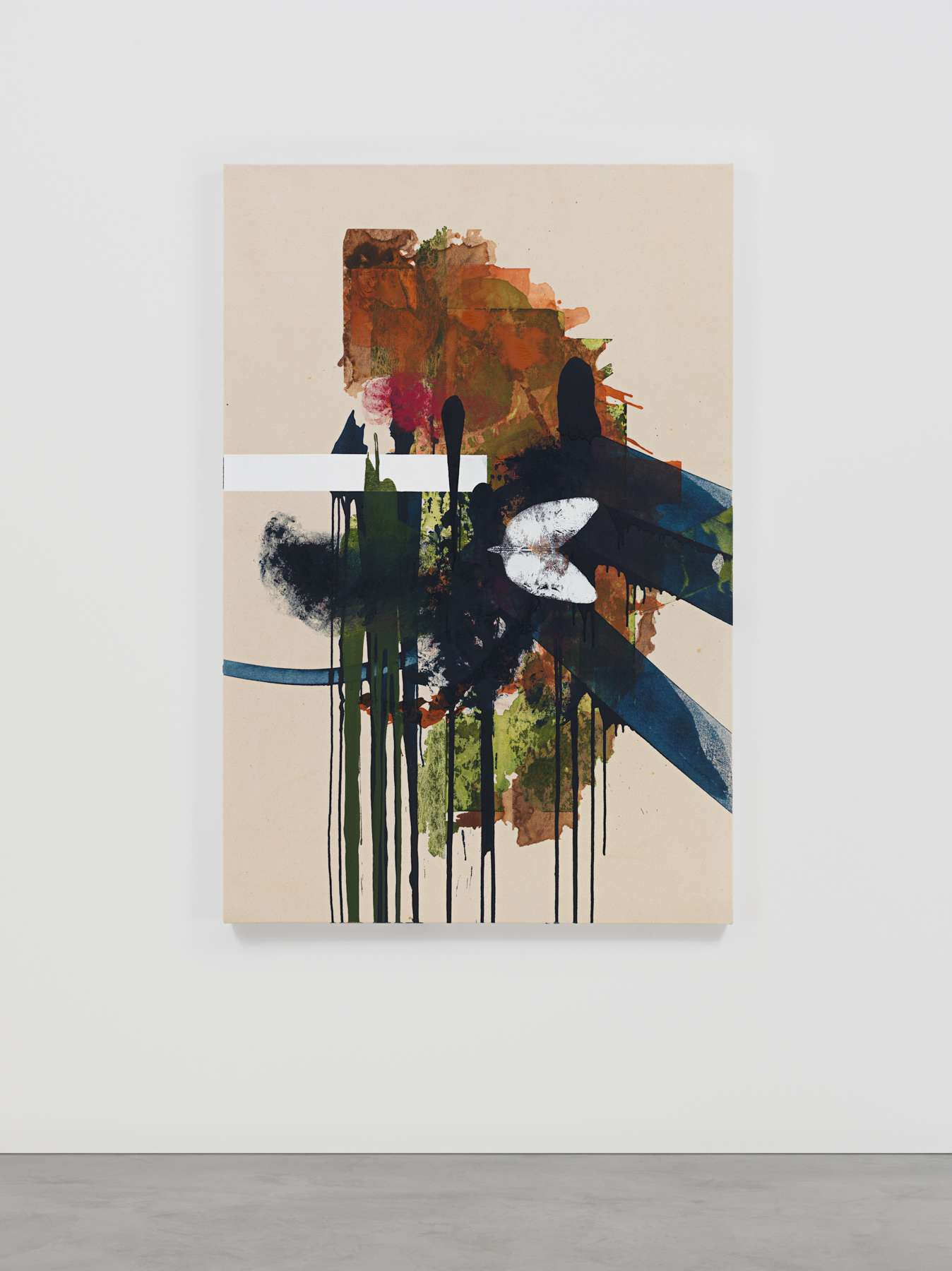 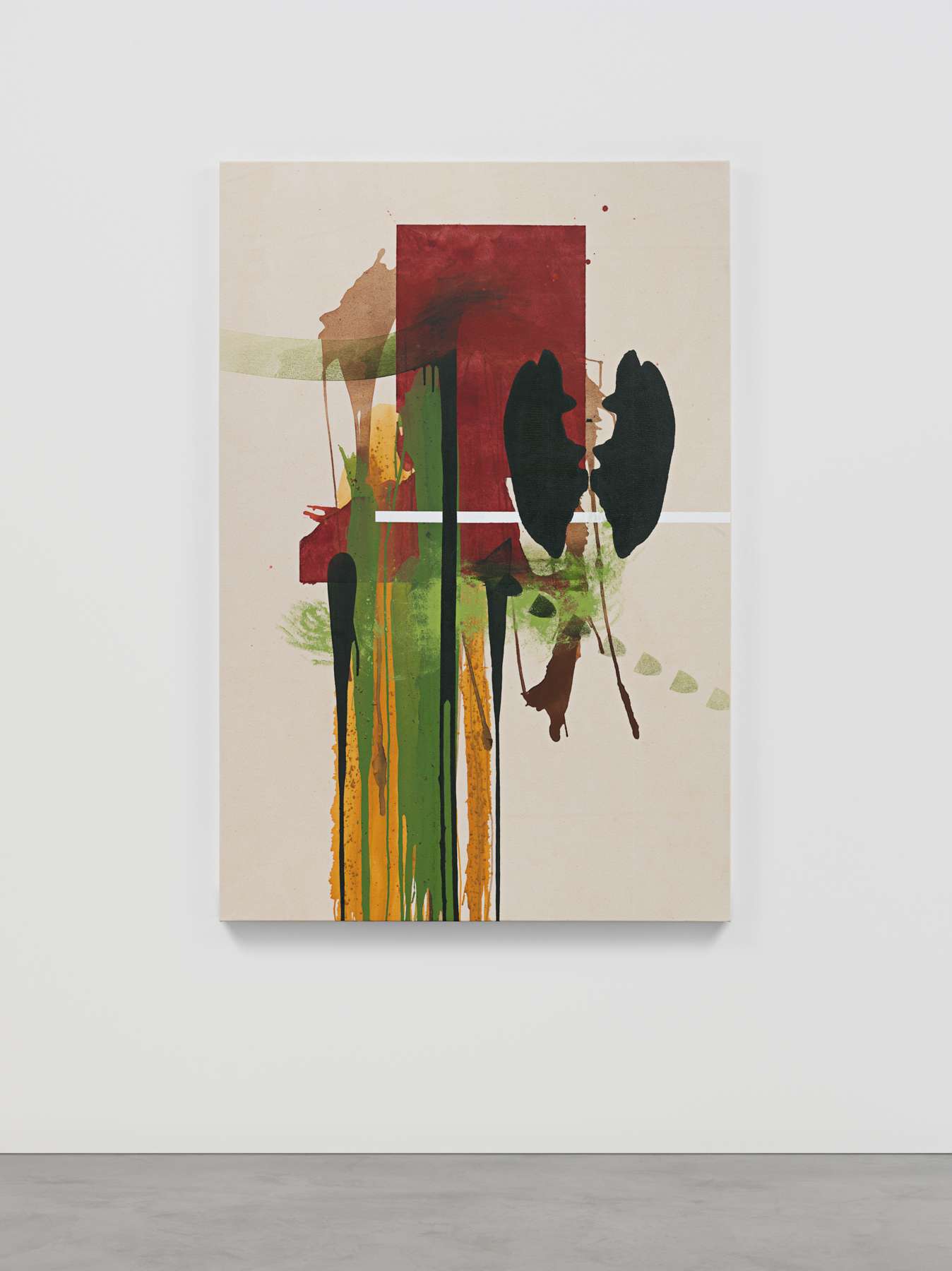 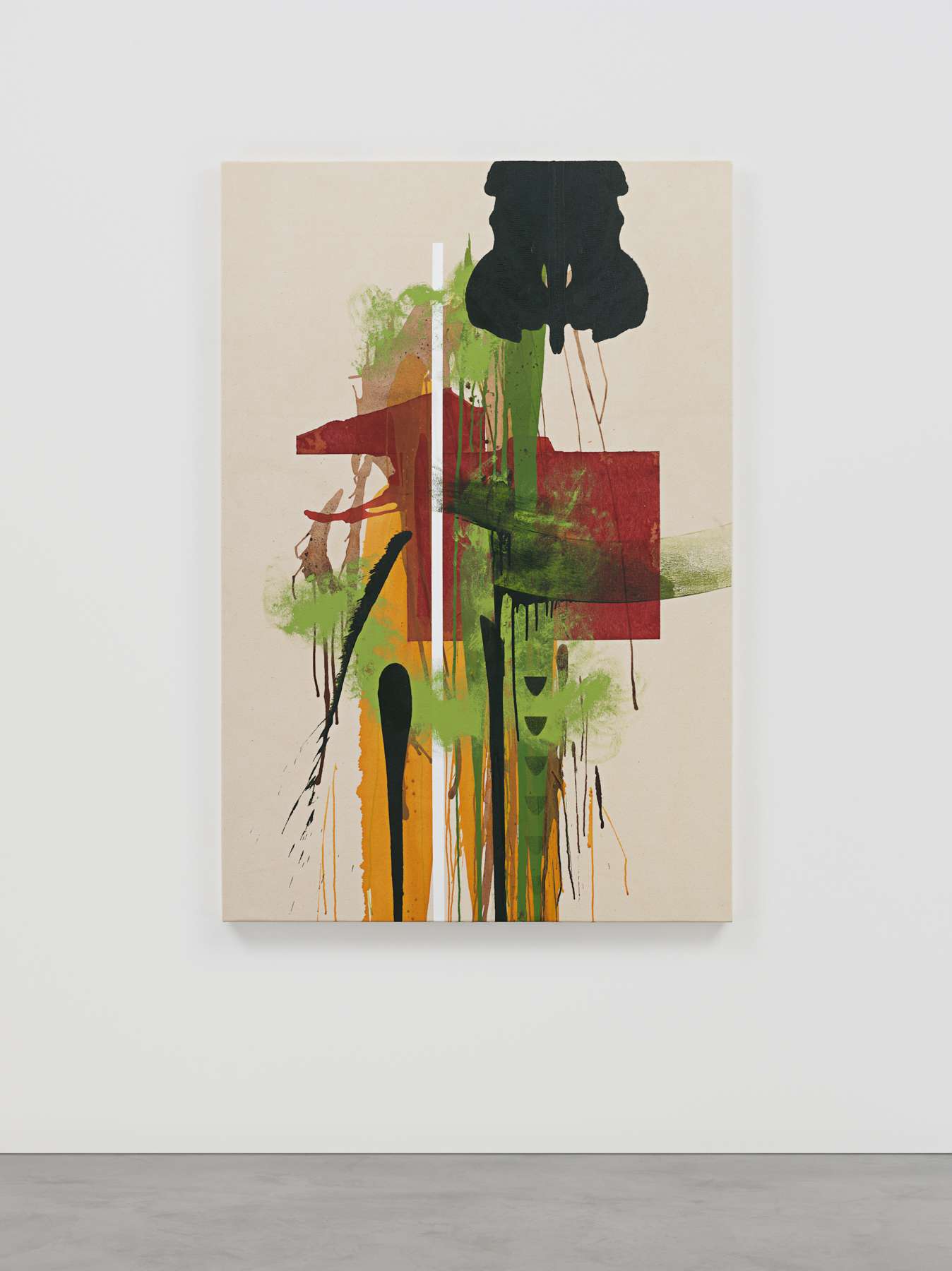 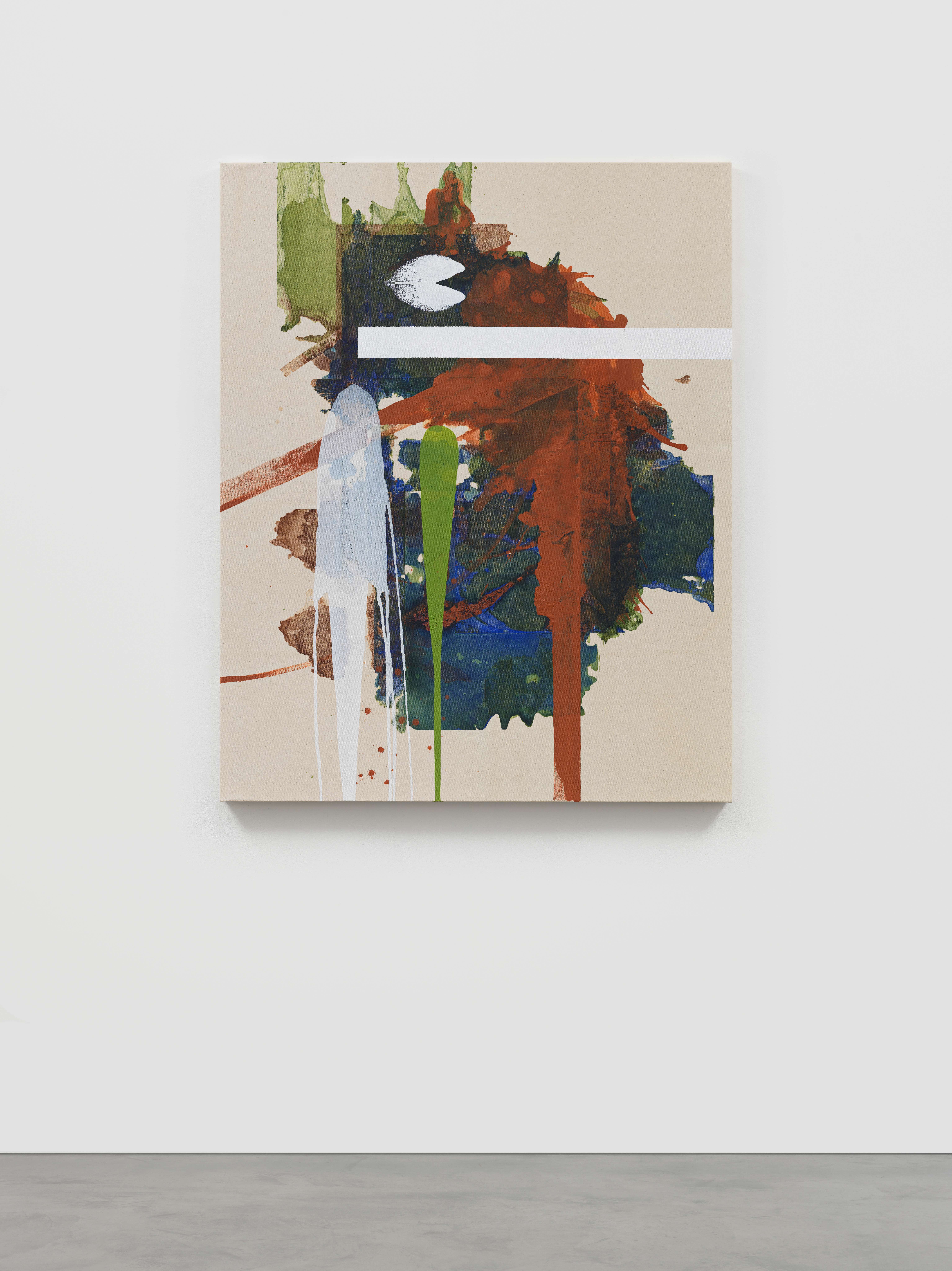 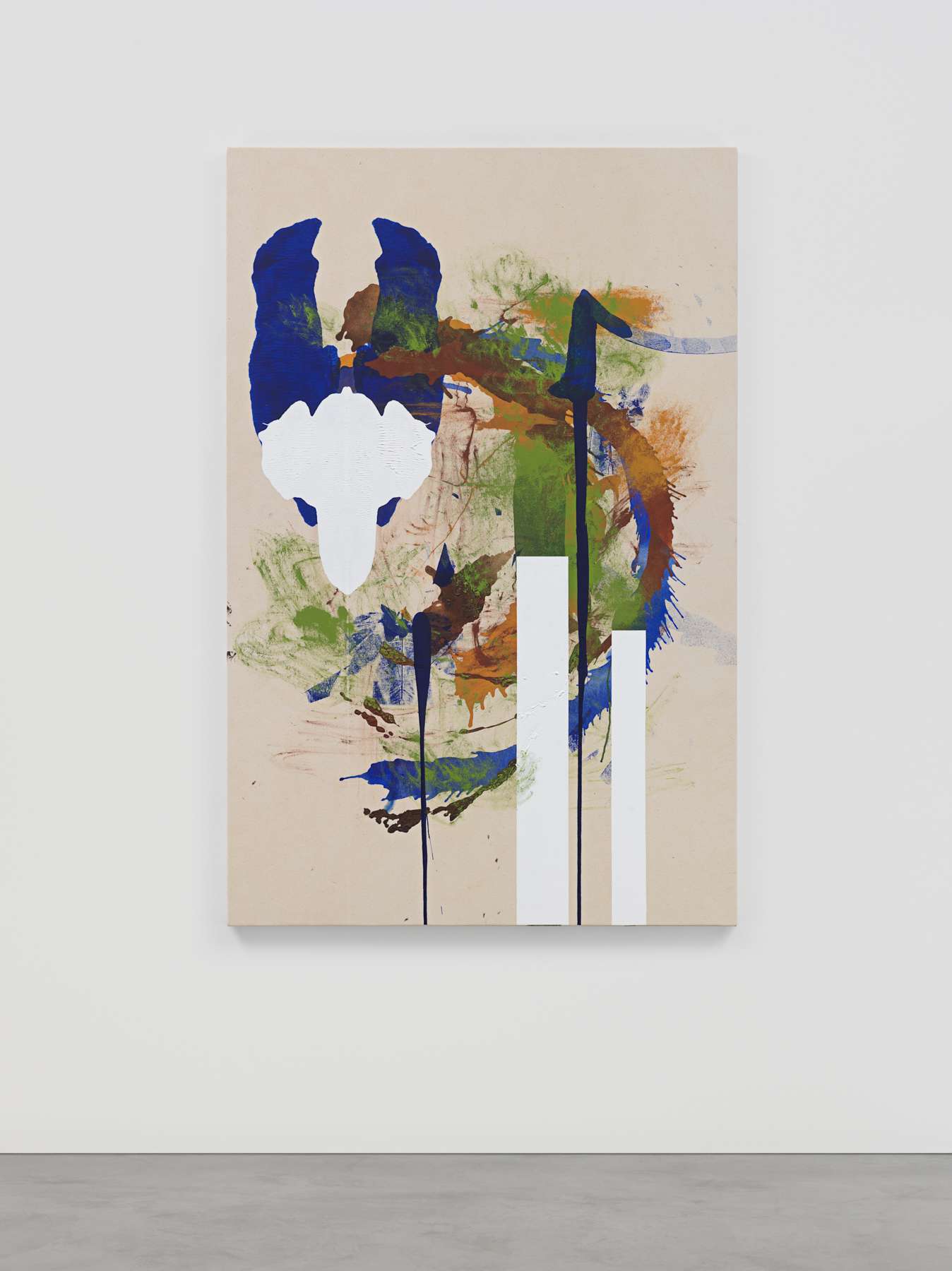 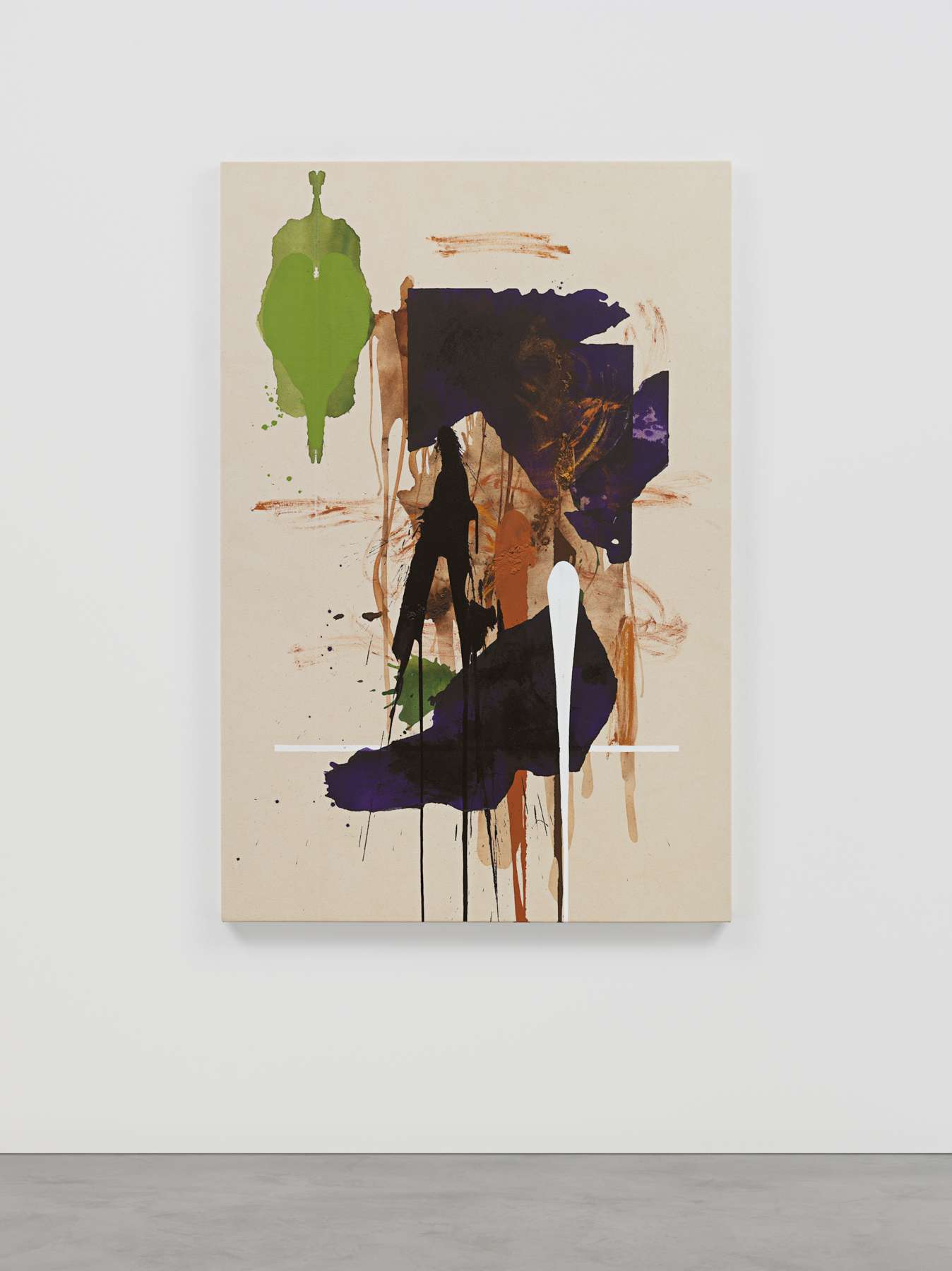 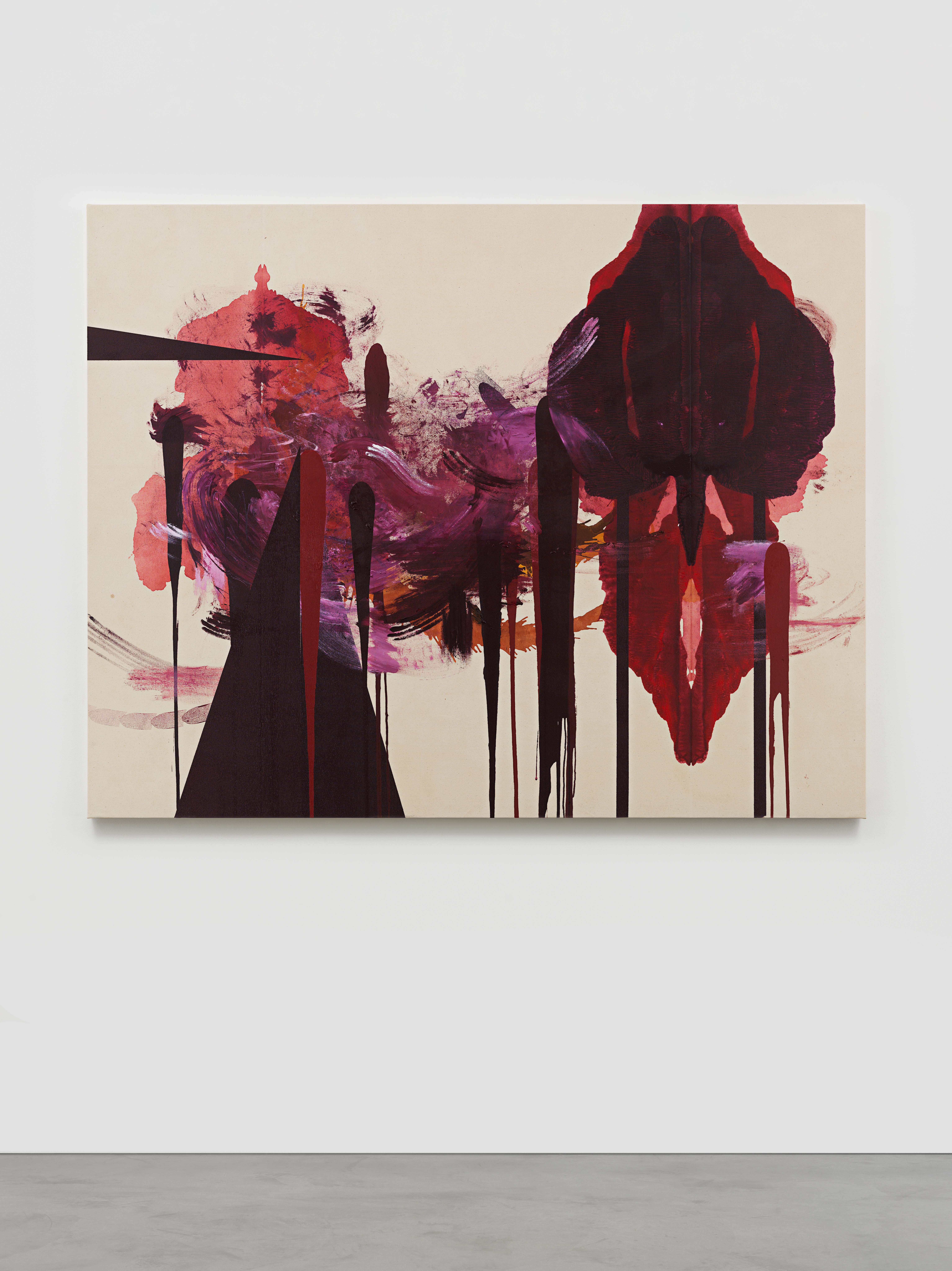 The title of Elizabeth Neel’s first exhibition at Salon 94, Arms Now Legs, is a reference to the beginning of Ovid’s Metamorphoses. Neel’s paintings, much like Ovid’s epic poem, metamorphosize out of a collage of remnants. For Ovid, these remnants were the scattered pieces of his manuscript, lost then found by history after his exile. For Neel, these remnants are comprised of the intimate and alienating hues and affects collected while attempting an instinctive integration with the outside world. I, the writer, know the longing and highs of searching for those integrative transformations. Having left home at 17 on a freight train out west with no money or destination, I bore myself into a world without boundaries and made up of the detritus of an Americana that has been deemed already extinct today.

Every painting in Arms Now Legs exists in light isolation. They stutter in the empty space of raw canvas for us to contemplate like groups of apparitions. A neatness opposed over abject spoilages of color. Things spill out. She pours paint into the folds of paper and presses it to canvas. Like the act of pressing a flower into a book or squishing a bug. Deep, carved reds unfurl from the painting Wants, Needs. Yonic, orchid paper presses are balanced with a flattened, almost black triangle and a dance of fingers that still seem to be stirring the since dried paint. In Sister (Sibling 1), springly Veridian partially obscures a centered patchy skylight of periwinkle blue. A moment of buoyancy hidden in plain view. In the massive work, Lives of Many Lives of Few, a splay of earth and mineral tones are interrupted by trailing minimalist stamps and architectural white stripes. On the far left of the canvas a symmetrical, anomalous black form floats like an omen in the abglance.

Arms Now Legs metabolizes the landscape while resisting any kind of pastoral peace of mind. To quote the Black Mountain College mystic Robert Duncan’s poem, Often I am Permitted to Return to a Meadow, each painting exists as its own “place of first permission.” Being the granddaughter of the portrait artist Alice Neel, Elizabeth Neel is both informed by and diverges from her grandmother’s legacy. Every work in this series was painted on the Neel family farm in Stowe, Vermont. The colors and history of the terrain inhabit each piece like the presence of a familial spirit, vivid and obscured. Without knowing Neel’s methods of mixing the paint with her hands and the many kinds of brushing, rolling, pressing, and smearing, each work in the series stirs an internal movement in the viewer, a kind of kinesthetic empathy that is usually only felt in the presence of the animate. Never forming a uniform line of focus for our gaze to follow, they work as a choreography for her process. They are an invitation to us for a chance at poiesis, making language that manages to stay vital and protean, touched like braille through the hands of the eyes of the viewer.