Drawings for a Better Tomorrow and a Worse Yesterday | Salon 94 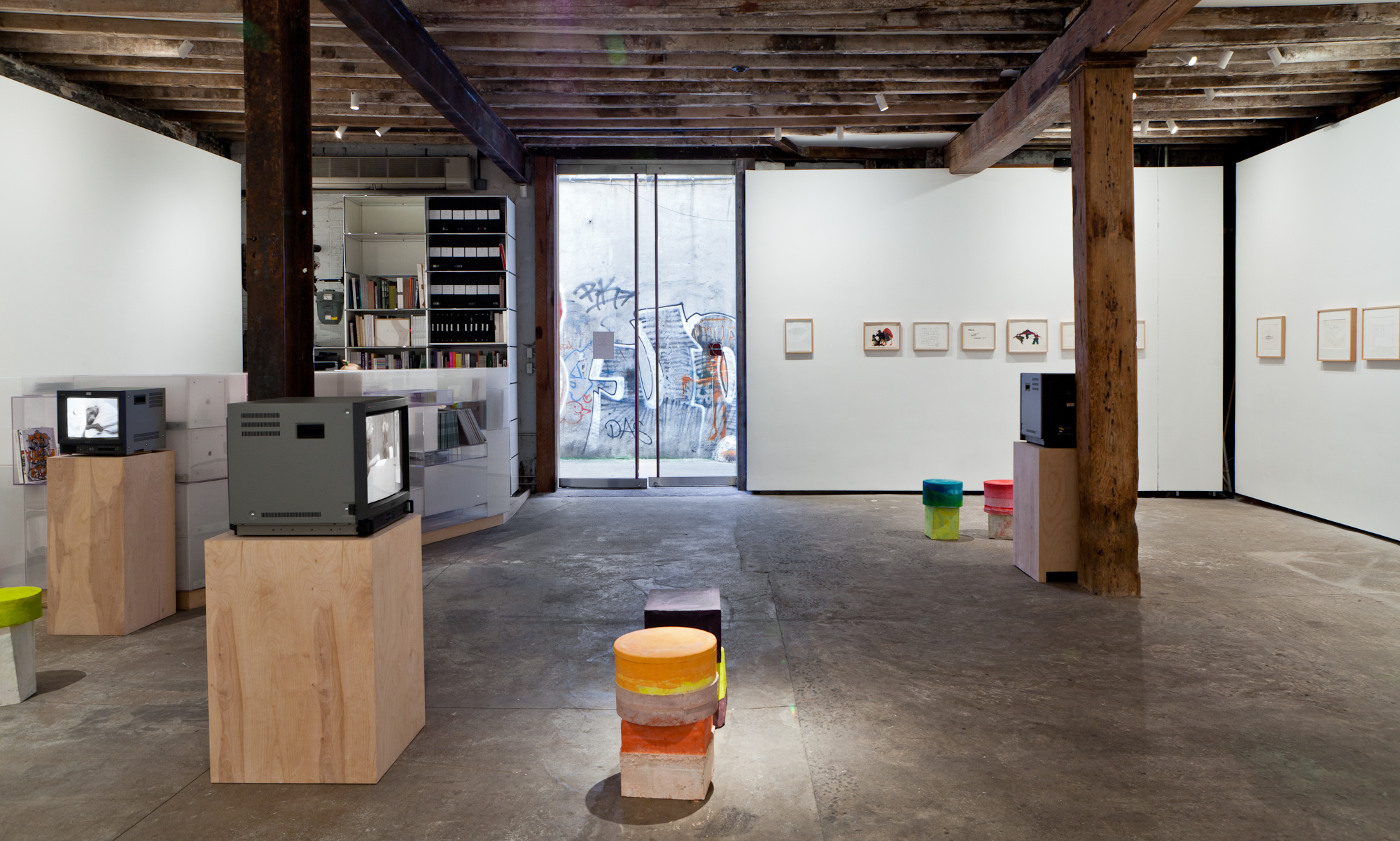 Drawings for a Better Tomorrow and a Worse Yesterday

Salon 94 is pleased to announce Drawings for a Better Tomorrow and a Worse Yesterday, an exhibition of more than fifty early drawings and a selection of early videos by William Wegman. The exhibition is organized in collaboration with Sperone Westwater.

Wegman’s lightness of touch combined with slapstick irony inspired a younger generation of artists, from David Shrigley and Scott Reeder to Cory Arcangel and Jayson Musson. William Wegman’s work brought humor to conceptual art and opened up paths for younger artists to work in a multitude of media. He also became one of the first artists, like Andy Warhol or Keith Haring, to break down the boundaries between low and high culture. He collaborated with Sesame Street and Saturday Night Live on videos designed for TV broadcast and worked on many children's books and on fashion shoots.

The drawings are delightfully humorous and weird or, as one work says, “ funny and strange” – and definitely contemporary. Examples of motifs include a man in a bed underneath a picture of a large frightening octopus, with the subtext "No fun sleeping under a picture like this!" In another he copies the signatures of famous writers such as Norman Mailer, Gore Vidal, and Truman Capote. In a third, a mummy in bed says "good night!" to a second mummy in bed, while in a fourth instructions are made on how to construct a sandwich; with bacon, tomato, lettuce - and plywood.

Also on view are thirteen videos from the 1970’s, many of which are leaning toward performance art. While their low tech and spontaneous look conjures up current home and YouTube videos, these works play a deliciously witty game of conceptual and minimalist art parody. In several videos, Wegman’s first dog Man Ray is an eager participant. In Alarm Clock (1973-74), Man Ray is in bed sleeping under blankets with a ticking alarm clock next to him. After a couple of minutes the alarm goes off and Man Ray awakes and jumps out of bed before the screen goes black. In the classic Spelling Lesson (1974-74), Man Ray appears

contrite as Wegman corrects his spelling test: "You spelled it B-E-E-C-H which is like... well, there's a gum called Beech-nut, but we meant beach like the sand. So it should have been B-E-A-C-H."

In conjunction with the exhibition at Salon 94 Freeman, Salon 94 Bowery will show Wegman’s video Flo/Flow (2011) on its external video wall. The video is Wegman’s latest, and echoes Dog Duet (1974), which is on view at Salon 94 Freeman. In the video, two Weimaraners can be seen paying careful attention to a mysterious moving object off screen. The videos is yet another example of Wegman’s uncanny imaginative universe, a reflection on both the human-ness of ‘animals’ and the strangeness of humans.

Champagne-Urbana in 1967. From 1968 to 1970 he taught at the University of Wisconsin. In the fall of 1970 he moved to Southern California where he taught for one year at California State College, Long Beach. By the early 70s, Wegman’s work was being exhibited in museums and galleries internationally. In addition to solo shows with Sonnabend Gallery in Paris and New York, Situation Gallery in London and Konrad Fisher Gallery in Dusseldorf. His work was included in such seminal exhibitions as “When Attitudes Become Form,” and “Documenta V” and regularly featured in Interfunktionen, Artforum and Avalanche.

William Wegman lives in New York and Maine where he continues to make videos, to take photographs and to make drawings and paintings. “ William Wegman: Hello Nature” is on view at the Bowdoin College of Art, Maine through October 21, 2012.

Salon 94 would like to thank Wegman’s World, Sperone Westwater, and Electronic Arts Intermix for their help with this exhibition.