Do You Wear The Love Glasses? | Salon 94 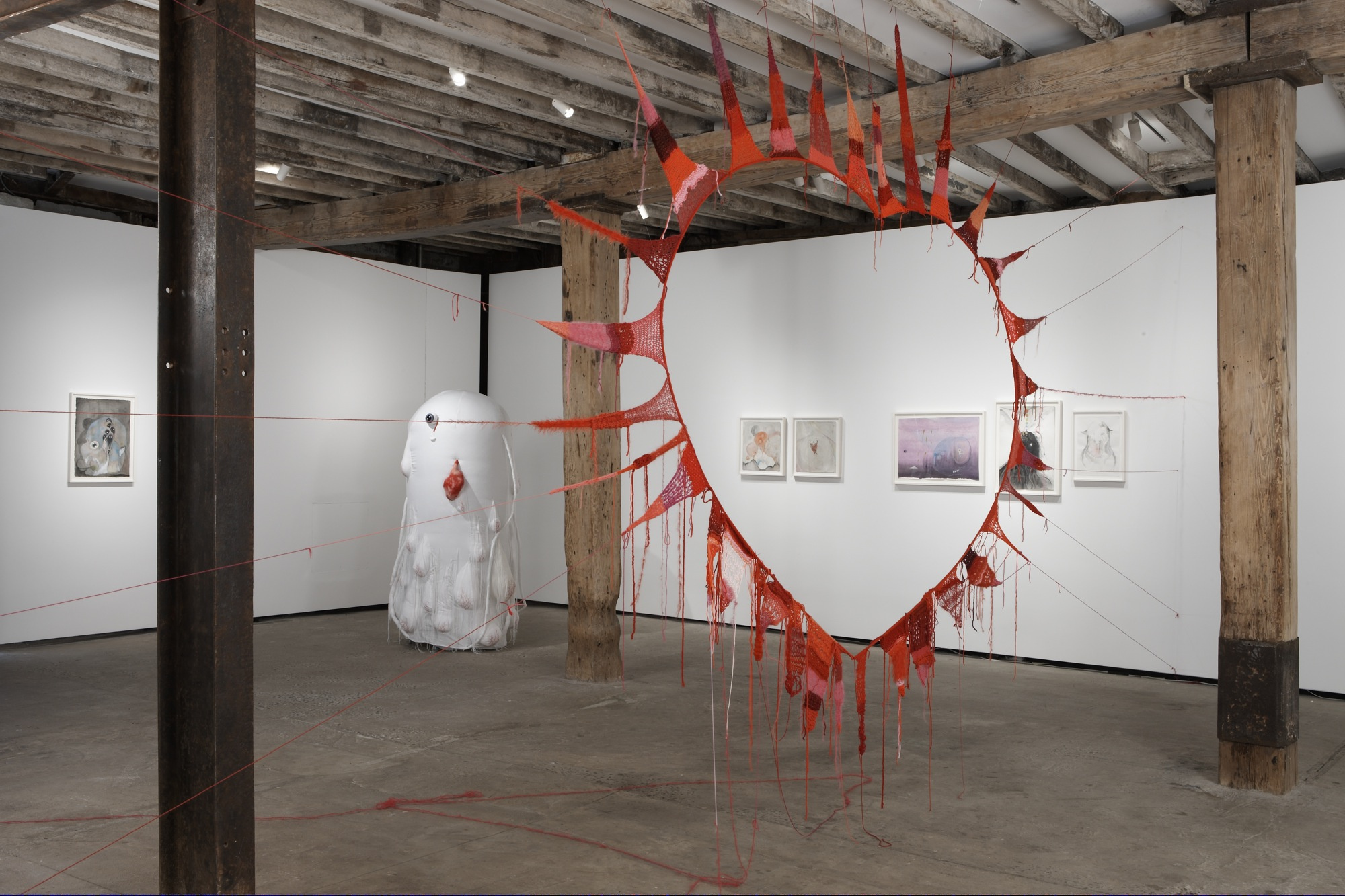 Do You Wear The Love Glasses?

Salon 94 Freemans is pleased to present Do You Wear The Love Glasses?, Vidya Gastaldon’s first solo exhibition with the gallery. The exhibition is comprised of two new sculptures made of fabric and yarn, and several new works on paper.

Gastaldon’s drawings depict a fantastical, spiritual dreamscape. Executed in fluid watercolor and pencil, they are populated with god-like figures, ghost-like blobs, hairy creatures, and free-floating, mythic eyeballs set in soft-focus mountains and clouds. Christ appears, as does a Zeus-like figure, alongside text from the Rigveda and a longhaired yogi atop a mountain. These varied religious figures are largely dwarfed by the landscape, which, in a palette that run from pale yellow and pink to various shades of black and grey. The landscape and the creatures reflect an animistic view of nature as a spiritual force complimenting the religious figures.

Her landscapes are not merely the settings for action; they visually map consciousness in mountains and valleys. Far from exhibiting naïveté, her drawings reflect a knowing mixture of mysticism, fantasy, and pop. Smiley faces and cartoonish hearts, pop icons, co-exist in a sunny democracy with the figure of Cosmic Christ. Her playful treatment of signs from several different origins, from eastern religions to pop culture, reflects her interest in creating a universal pictorial language that transcends the personal.

Gastaldon’s sculptures are made of fabric and yarn, and are knitted and sewn by hand. They are invitingly soft and lush, while at the same time their delicacy and lightness calls to mind the immaterial. On exhibition are a flaming red heart and a standing figure, a baba, a mystical shaman figure of her own devising. The heart sculpture is only the outline, with tatters of knit wool dangling; it resembles the corona of the sun only visible during an eclipse. The baba figure is non-gendered, dripping large tears, and resembles the Hindu symbol of the Shiva Lingam, a totemic divinity in the shape of both the masculine and feminine sexual organs.

Gastaldon’s time and devotion become clear through the thousands of stitches, which are the markers of a spiritual exercise. Her sculptures and her drawings are contemplative exercises for her, which is an end in itself. Rather than being fueled by the ego of the artist and art object, Gastaldon is driven by this sense of Consciousness exploration. Her work is not ironic, and it does not engage directly with the social and political worlds. In contrast, her work reflects sincerity, as well as the idea that an interior world of fantasies and dreams can offer new perspectives on existence.