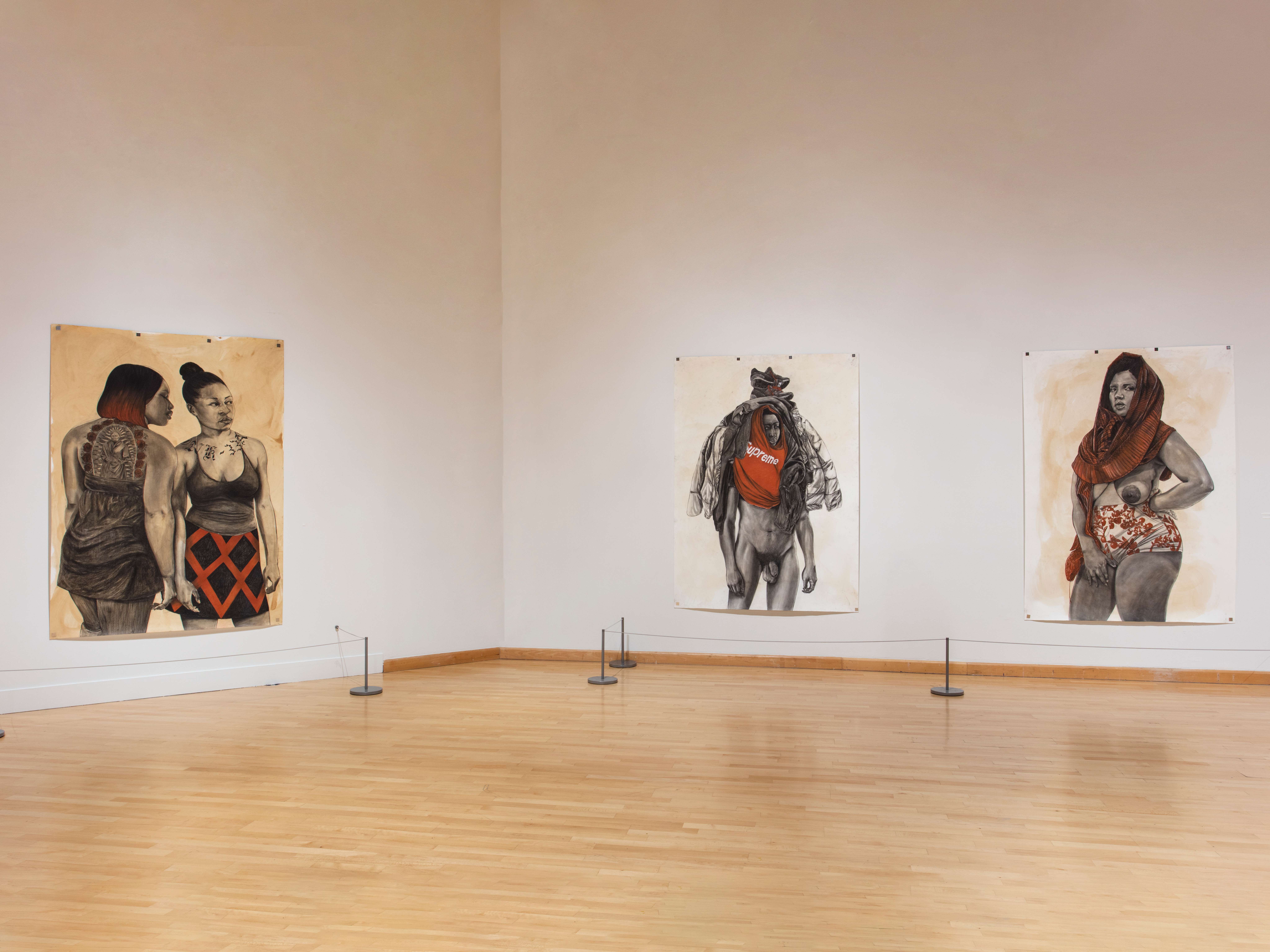 Houston-born, New York-based artist Robert Pruitt has worked in a variety of media for more than a decade. Through drawing, sculpture, animation, and photography, he illuminates connections between spiritual traditions, fictional narratives, and technology and investigates how black identity can reside at the intersection of these arenas. Pruitt is especially known for portraiture in which the subjects are imbued with a strong sense of individuality, manifested through their poses, gazes, and purposefully chosen clothing and accessories.

In Pruitt’s first major museum exhibition in Los Angeles, the artist reconnects with the religious traditions of his upbringing and explores the theme of devotion, specifically religious practices carried out with fervor and dedication. Drawings are presented as a set of sacred images, sculptures act as ceremonial objects, and an audio component—created in collaboration with Jawwaad—suffuses the space with an introspective feeling. The exhibition incorporates a selection of works from CAAM’s permanent collection by artists who have influenced Pruitt, including Charles White and John Biggers. These additional objects also reference spirituality, and they speak to Pruitt’s connections to the Los Angeles's African American art community and to various artists from the American South.