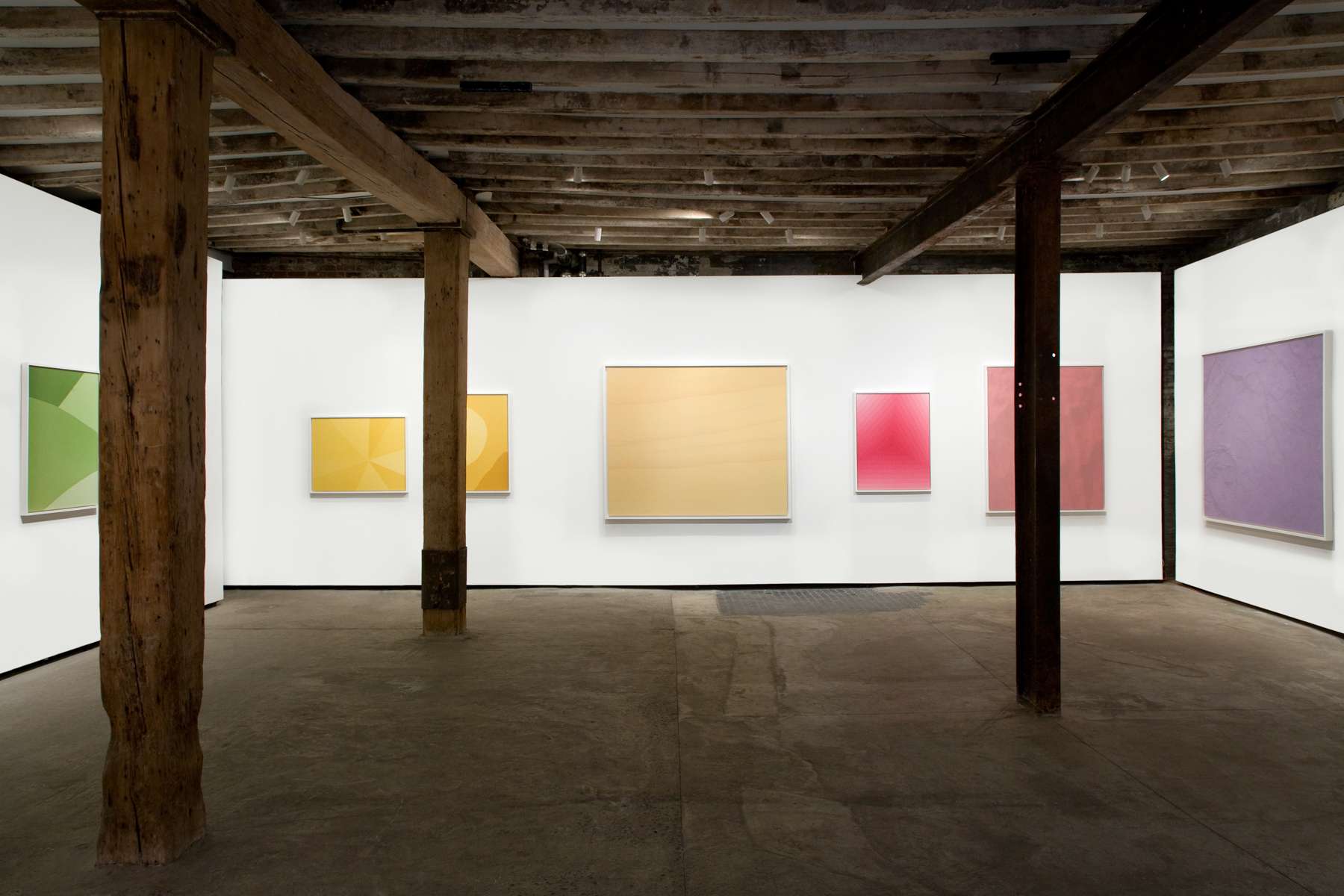 In his new series of photographs, sand prints and photograms, David Benjamin Sherry pushes traditional photography to a chromatic extreme.

Salon 94 Freemans and Salon 94 Bowery are pleased to announce Astral Desert, David Benjamin Sherry’s first solo exhibition in New York. In his new series of photographs, sand prints and photograms, Sherry pushes traditional photography to a chromatic extreme. His previous photographs stretched the eye into a great expanse of color and landscape. Now, he turns the lens away from the horizon line, forming compositions with the desert’s rough-hewn topography.​

Traveling through the National Parks of Utah, Nevada, New Mexico, Arizona, and California and carrying traditional medium and large format film cameras, Sherry embraces the deserts infinite repetition to find diversity in its ground. Rendered in radiant monochromes, dirt and rock becomes his subject. In the darkroom, Sherry works rigorously, mixing, pushing and intensifying color (not unlike the way an old master uses oils), to achieve a supernatural saturation of color that is unknown in digital prints. Evoking Rimbaud’s synesthetic experiments- images, not letters are consciously paired with colors in these emotional landscapes; a creviced rock portrayed in azure blue, a sweep of sand rendered in acid green, sun bleached fossils shine in fluorescent orange and yellows, and crumbling stones glow in vivid pink.

By going off the grid, and working exclusively analog, Sherry questions the primacy of digital imagery while also celebrating the American West in surreal colors.

Several photographs, titled Sand Prints are lightly dusted with a fine white sand gathered from the desert floor, and then hand dyed according to the photograph's printed color. Grains of sand evoke the grain of analog film, this effect softens the underlying photograph to create a disorienting depth of field. Re-imagining the photographer’s journey out West, Sherry generously pays debt to the abstract landscapes of Edward Weston’s My Camera on Point Lobos while bringing to mind Georgia O’Keefe's abstractions. A further Surrealist play, his geometric photograms featured at Salon 94 Freeman's rely on chance, as unique "deep matte" photographic paper is exposed at random to light and kaleidoscopic mental landscapes take shape, hinting at the photographs' geological compositions.

These focused portraits of the desert relate to how we currently travel the world by means of technology, where all is easily accessible through a click and zoom. Rather than watching from a distance, Sherry travels alone through the desert, engulfing himself in the surroundings instead of watching from a distance. By going off the grid, and working exclusively analog, Sherry questions the primacy of digital imagery while also celebrating the American West in surreal colors.

David Benjamin Sherry was born in 1981 in Woodstock New York. He lives and works in New York. His work was included in exhibitions in Berlin, Los Angeles, New York, Vienna and Zurich, In 2010 he was included in the Greater New York exhibition at MoMA PS1 and he will be part of the Out of Focus photography survey at the Saatchi gallery in London later this month. Astral Desert is his first solo exhibition in New York and on that occasion a new book has been published by Damiani and Salon94.