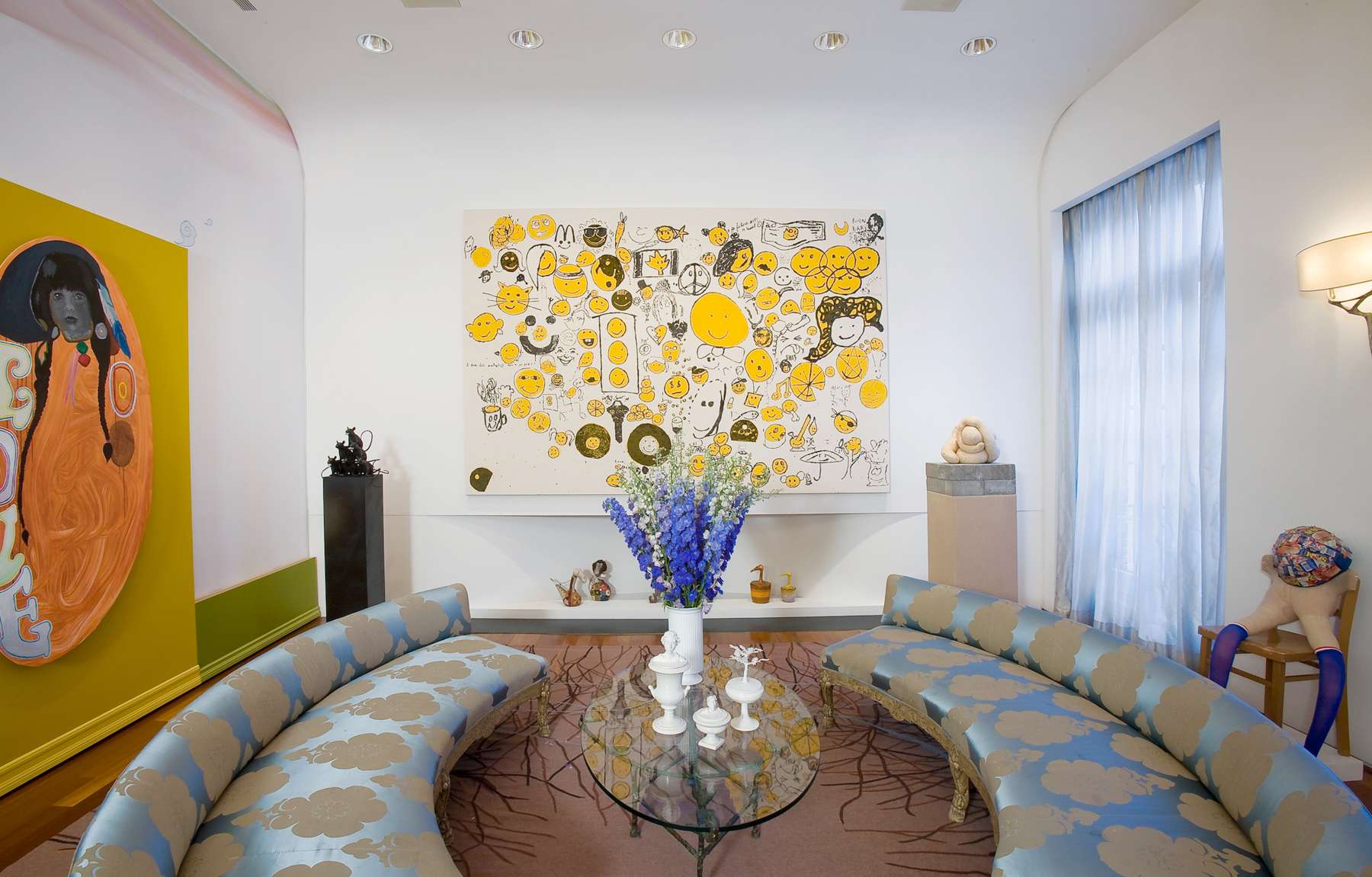 Come As You Are Again

Come As You Are Again, celebrates the ten-year dialogue between Hanna Liden and Nate Lowman.

Hanna Liden and Nate Lowman met in 2001 at an art opening in New York City. Instant friends, they have navigated a larger art community side by side. They do not trade books or music, nor go to the movies together, but by New York standards they are inseparable. Making art is their common ground. At work in their respective studios, they trade ideas, and openly borrow from one another. This exhibition, Come As You Are Again, celebrates their ten-year dialogue.

This is their first collaborative project. The works, made independently, have been paired by the artists. Placing their works in a townhouse sets it up as a 'safe house’ where notions of intimacy, ritual and death are at play. In a to and fro, Liden photographed herself with several “have a nice day” deli bags over her head, the ubiquitous smiley face frontal and upside-down. As Lowman tells it, Liden painted and gave him the original smiley face painting, a subject of his ongoing body of work of repainted smiley faces doodled by friends. Together, Liden's self portraits and Lowman's Abu Ghraib painting flip from light hearted prank to serious horror.

Liden, known for her eerie landscape photographs, has found refuge in her studio practice. There, she assembles and photographs spray-painted and snuffed candles or handfuls of plastic fangs in still-lives. Cheap plastic toy rats are also painted and stacked into slender sculptures.

Lowman delicately paints images culled from his archive of newspaper and magazine clippings—gravesites, rock formations and a pile of bodies. Outlined and blotted in black paint, these images are now bathed in stains of pastel colors.