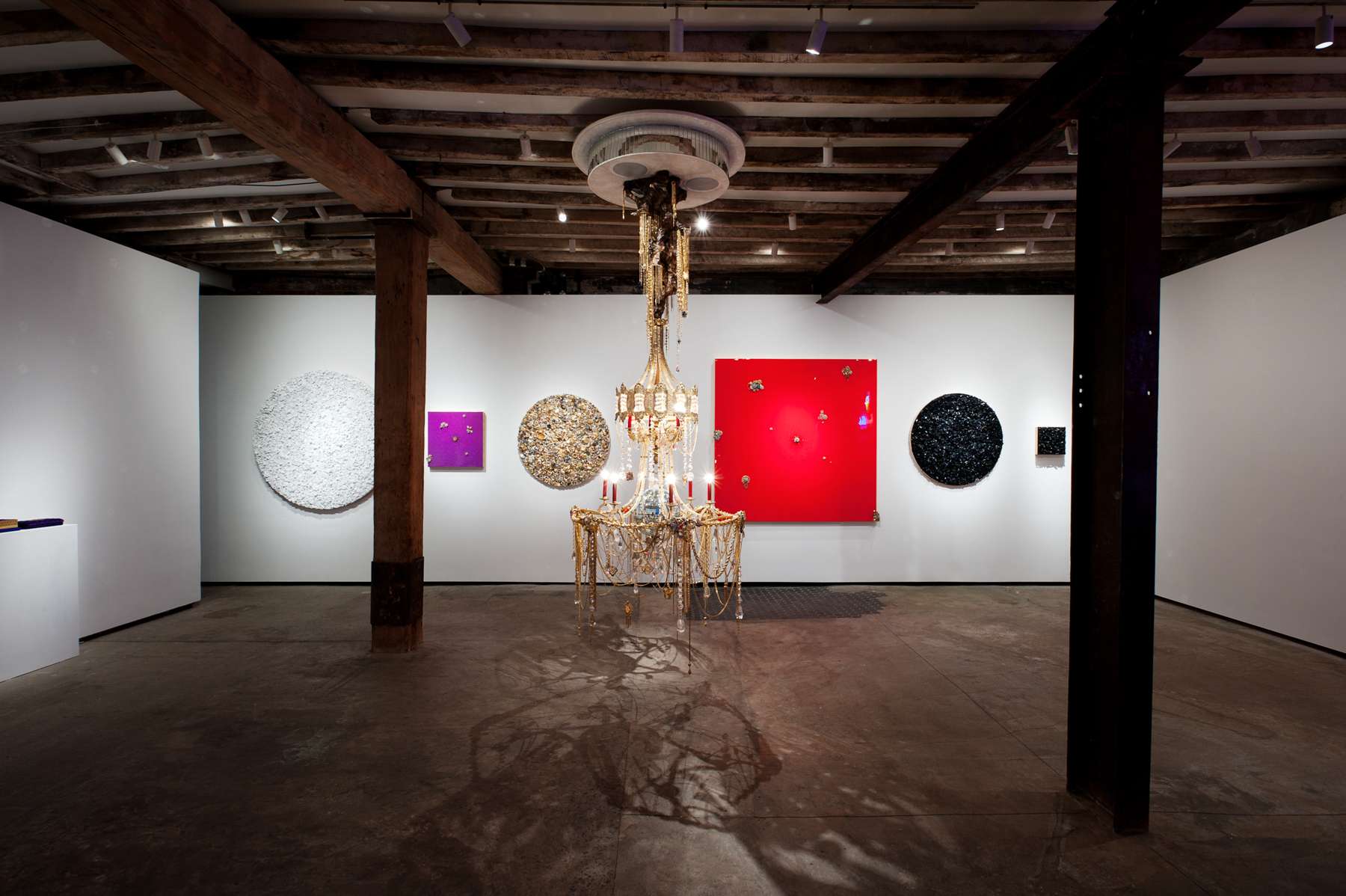 Continuing his investigation into Kustom Kulture and its relationship to art, subcultures and self-fashioning, Dzine presents his new project, Imperial Nail Salon at Salon 94 Freemans. For six weeks beginning on September 7th, the gallery will be transformed into an environmental sculpture featuring new paintings, nails and furnishings. The centerpiece of the exhibition is a hybridized chandelier adorned with Swarovski crystals and a cascade of jewelry, activated by a sound system reminiscent of his low-rider custom cars. A series of four paintings encrusted with an assemblage of costume jewelry and decorative embellishments will hang beside an upholstered, gold-leafed hutch. On display within will be an array of flamboyant, wearable nail sculptures. Like Claus Oldenburg 1961 store, Imperial Nail Design reveals the co-mingling of art, commodity, and commerce. A salon chair with a part-time manicurist completes this tableau.

In conjunction with this project, Dzine will set up a mini-mobile nail salon in the New Museum lobby window, a project in collaboration with the New Museum store and The Standard. Part sculpture, part performance, the nail salon will offer free nail designs to museum visitors at the opening on September 8th and every subsequent Saturday during September. New York nail artists from diverse cultural backgrounds will paint their unique style of designs on visitor's fingers. Dzine's limited edition 24kt gold-plated pinky nails will be sold in the museum's lobby store. All proceeds from these sales will benefit the New Museum.

Dzine's nail salon will subsequently travel to The Standard Spa for Art Basel Miami Beach this December where it will be re-imagined as an inner-city nail salon. This experiential installation will be part of the launch celebration with Salon 94 for Dzine's new publication, NAILED, published by Standard Press and Damiani. NAILED celebrates the history of nail design and adornment, and documents contemporary nail art from around the world, along with the artistÕs own creations.