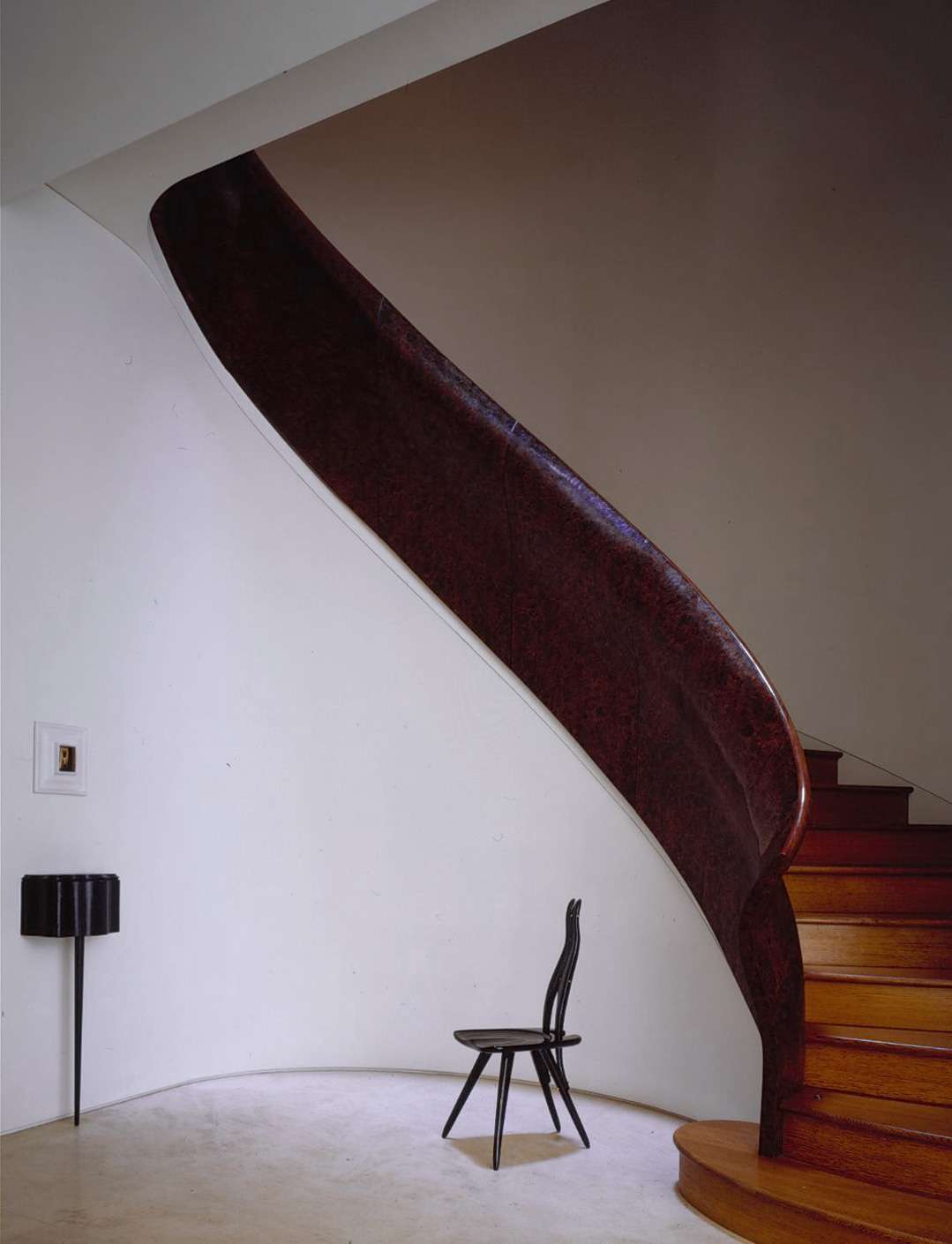 Mollino (1905–73), the son of a prominent engineer, studied architecture, then engineering, and went on to design everything from theatrical sets and clothing to ski lodges and race cars. Many of his designs made reference to the female form, which he apparently considered ideal (the legs and split back of a signature wooden side chair from 1947 suggest limbs stretching up and out of a smooth torso). He created elaborate interiors for his own two homes in Turin; stocked with an eclectic mix of artwork and modern and baroque furniture, these residences bore a resemblance to the classy “Italian-style” love shacks maintained by jet-setters like fellow Turin native, Fiat magnate, and über-playboy Gianni Agnelli.

At a third, secret apartment, the Casa Zaira, Mollino entertained and photographed local prostitutes. We’ll never know what they felt about this old man, and though they were surely used to being naked, we can probably assume they weren’t often photographed. The designer dressed his subjects up and posed them—decorated them, really—in jewels, high heels, gloves, silk lingerie, and, in one case, a Paco Rabanne gown. They affect coquettish and sometimes tentatively seductive attitudes; we see tan lines, bruised legs, dimpled flesh––in other words, real bodies, the instrument and medium of their labor. Sometimes we recognize archetypes: the femme fatale (preening on a fur rug or suggestively holding a riding crop) alongside the innocent-on-the-verge (long hair modestly arranged to reveal only a nipple).

Mollino’s props were as standard as those of any painter or studio photographer; one is inevitably reminded of the long and intimate relationship between pornographic fantasy and art, from Delacroix’s harem paintings and Courbet’s L’Origine to Picasso’s Demoiselles and Picabia’s kitsch pinups. Like many such artworks, Mollino’s pictures were first and foremost private and personal, and the secrecy that surrounds them is as important to their contemporary reception as the images themselves. It seems he simply could not take enough of them: Though he started his “project” in the late ’30s, the Polaroid camera, which he picked up in 1963, increased his output enormously. Polaroids are special, after all: Only a single, unique print is ever produced. Is it on this basis that these pictures, intended for the consumption of their maker alone, were granted their high(er) art status? If so, it’s tempting to wonder what Mollino would think.